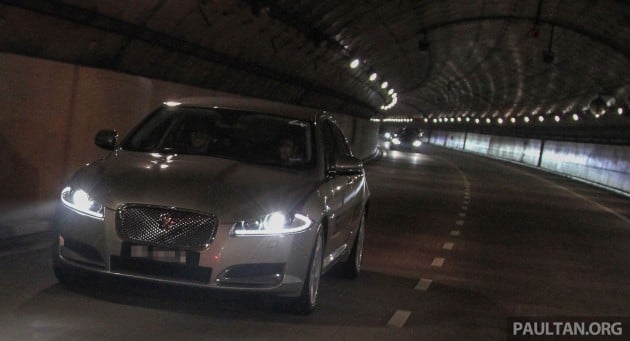 The Smart Tunnel has been reopened to traffic after cleaning works were completed. The dual-function tunnel was fully closed to traffic on Saturday to fulfil its flood duties, and welcomed back its first vehicle on 11.10 am today.

According to operator Syarikat Mengurus Air Banjir dan Terowong (Smart), besides cleaning, the process of testing and rectification for mechanical and electrical systems were made to ensure that all equipment are in good working condition, before the reopening to traffic.

Named by CNN as one of the world’s greatest tunnels, the Smart Tunnel is both a motorway bringing traffic in and out of the city centre, and a flood relief tunnel. The 9.7 km storm water tunnel (motorway tunnel length is 4 km) was built to solve the problem of flash floods in KL and its presence surely would have saved the capital city from major damage over the weekend.

When there are floods, rainwater can be diverted into Smart’s lower channel, while the upper level will remain open to traffic. When heavy floods occur and max water capacity is needed, the tunnel is closed to all traffic and watertight gates open to allow floodwater to flow through both upper and lower channels. This engineering marvel was completed in 2007.

Also, this writer noticed that the closure at Jalan Tuanku Abdul Halim (Jalan Duta) due to a sinkhole just after the Semantan turn off is no more. This means that those heading to PLUS/NKVE from KL/KL Sentral are no longer forced to detour into Semantan and Pusat Bandar Damansara to head north. Most roads are now open, but continue to be on the look out for fresh potholes and debris. Drive safe