We have so many questions.

We found this Mazda MX-5 Miata for sale just a few hours ago and while we were doing the research, someone actually bought the car. Unfortunately, it’s not for sale anymore but that doesn’t mean it is not worth a few moments of your attention.

The lifted and rugged roadster was listed on GovPlanet – a platform, where all sorts of former government and seized vehicles are offered to private buyers. This one became popular on Reddit where users were talking about it a few days ago. 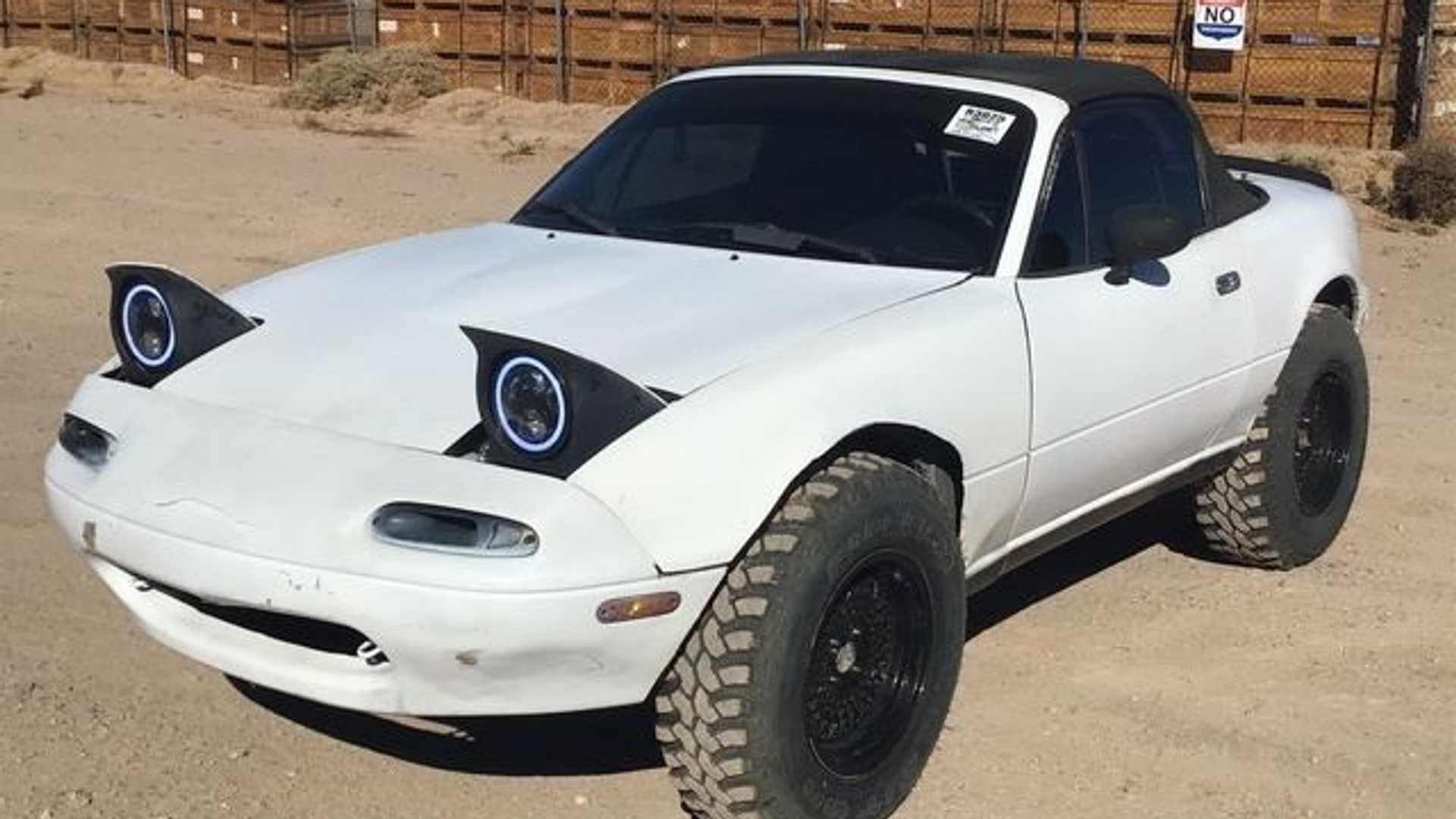 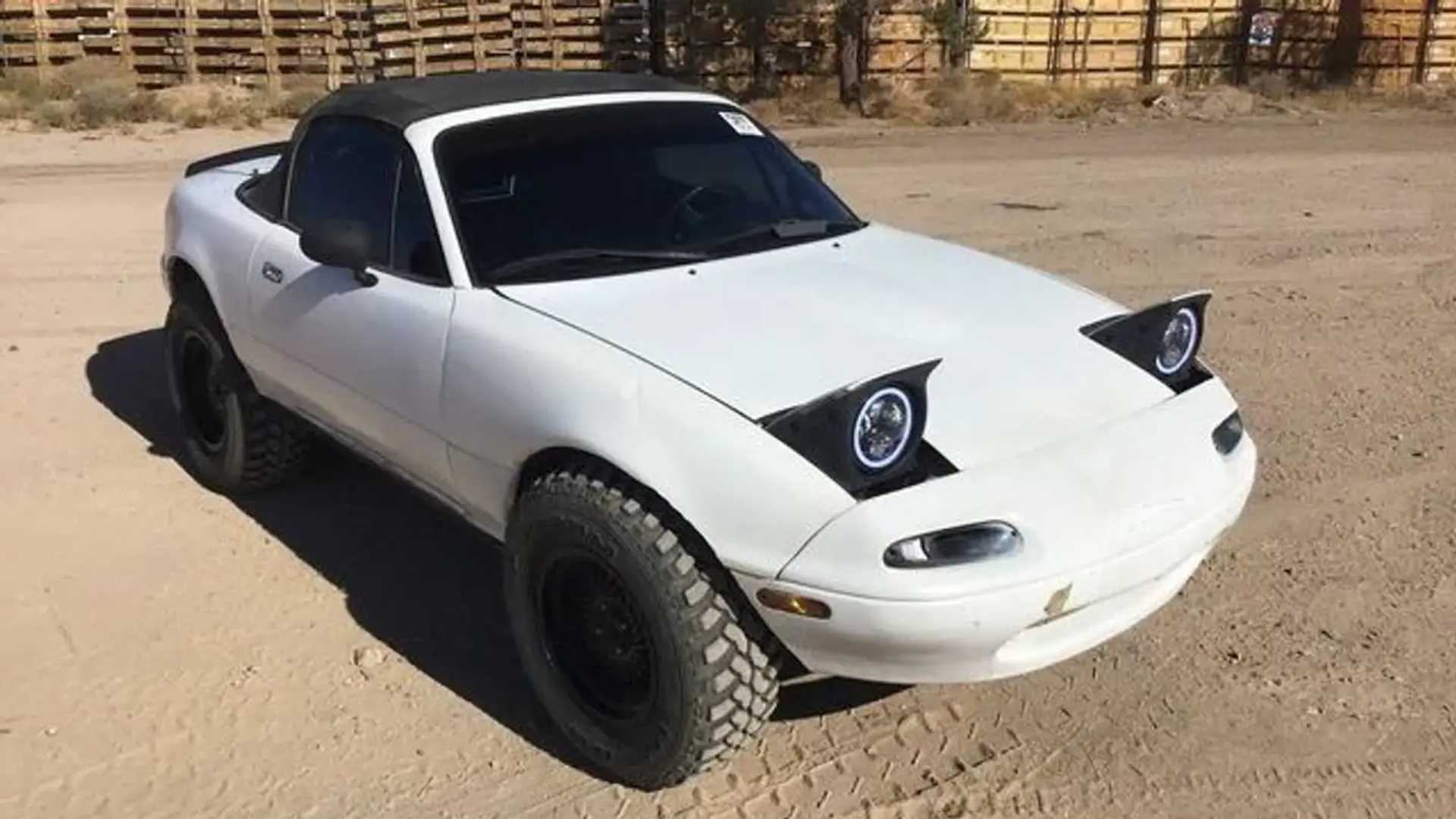 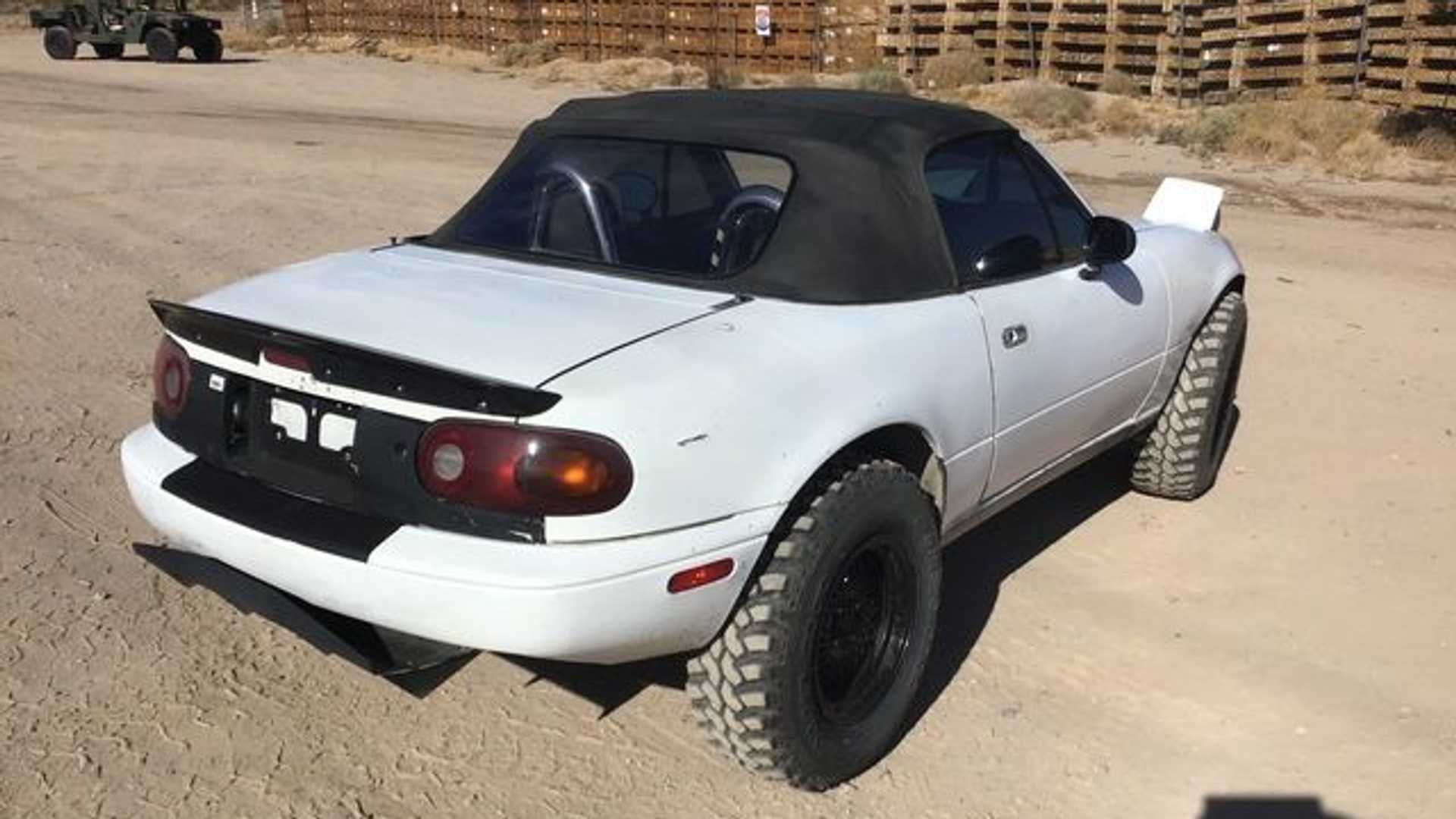 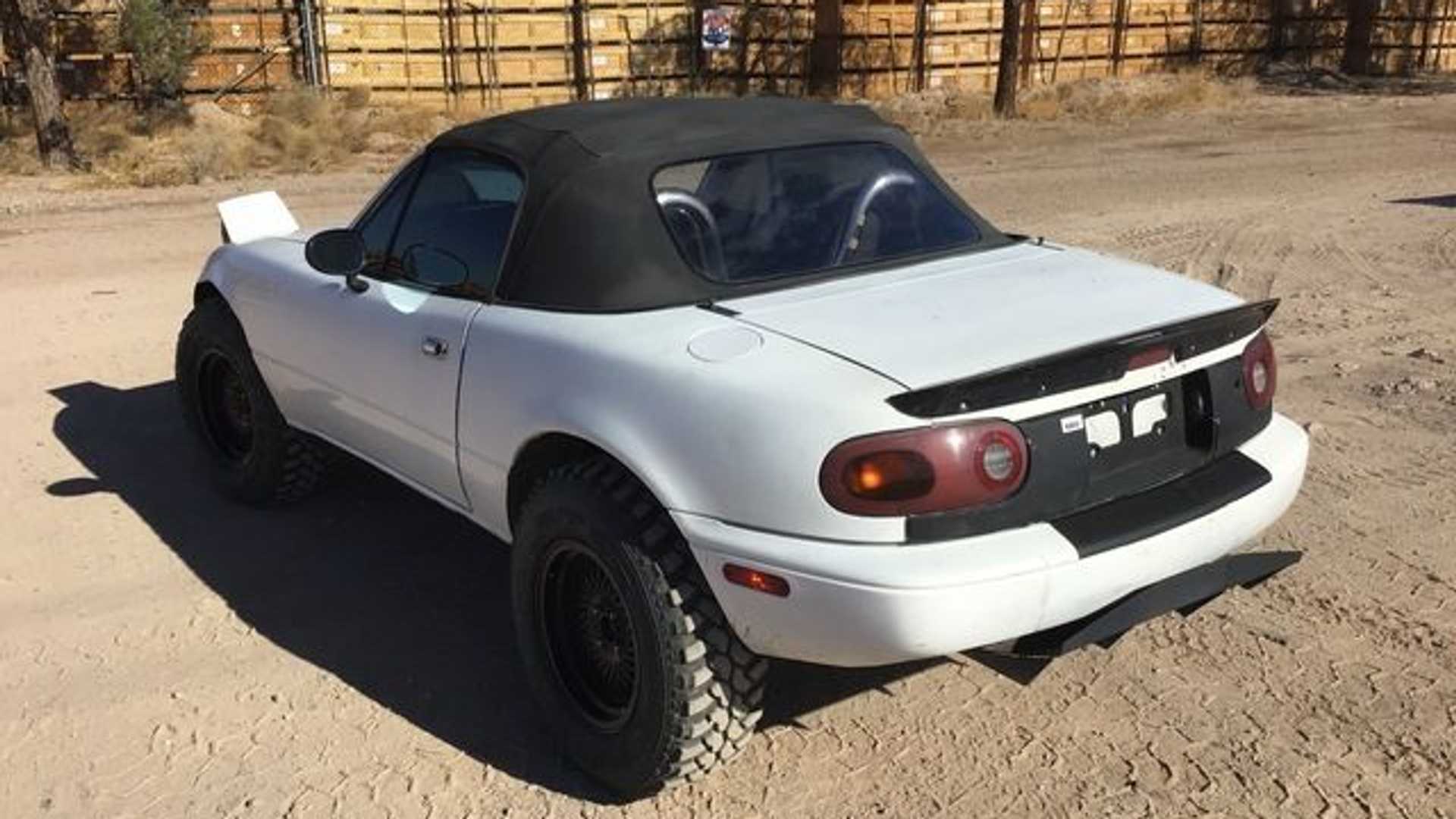 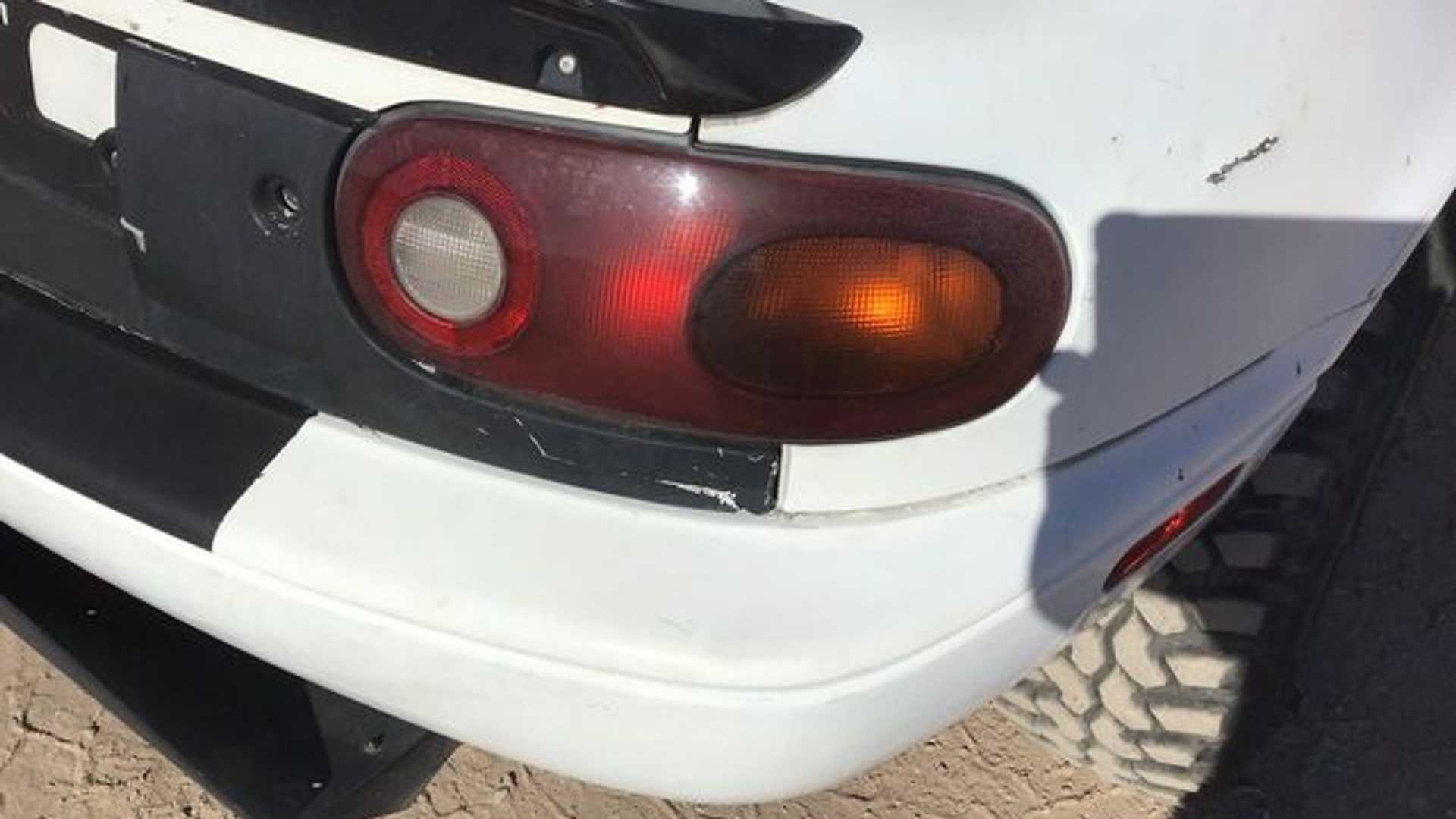 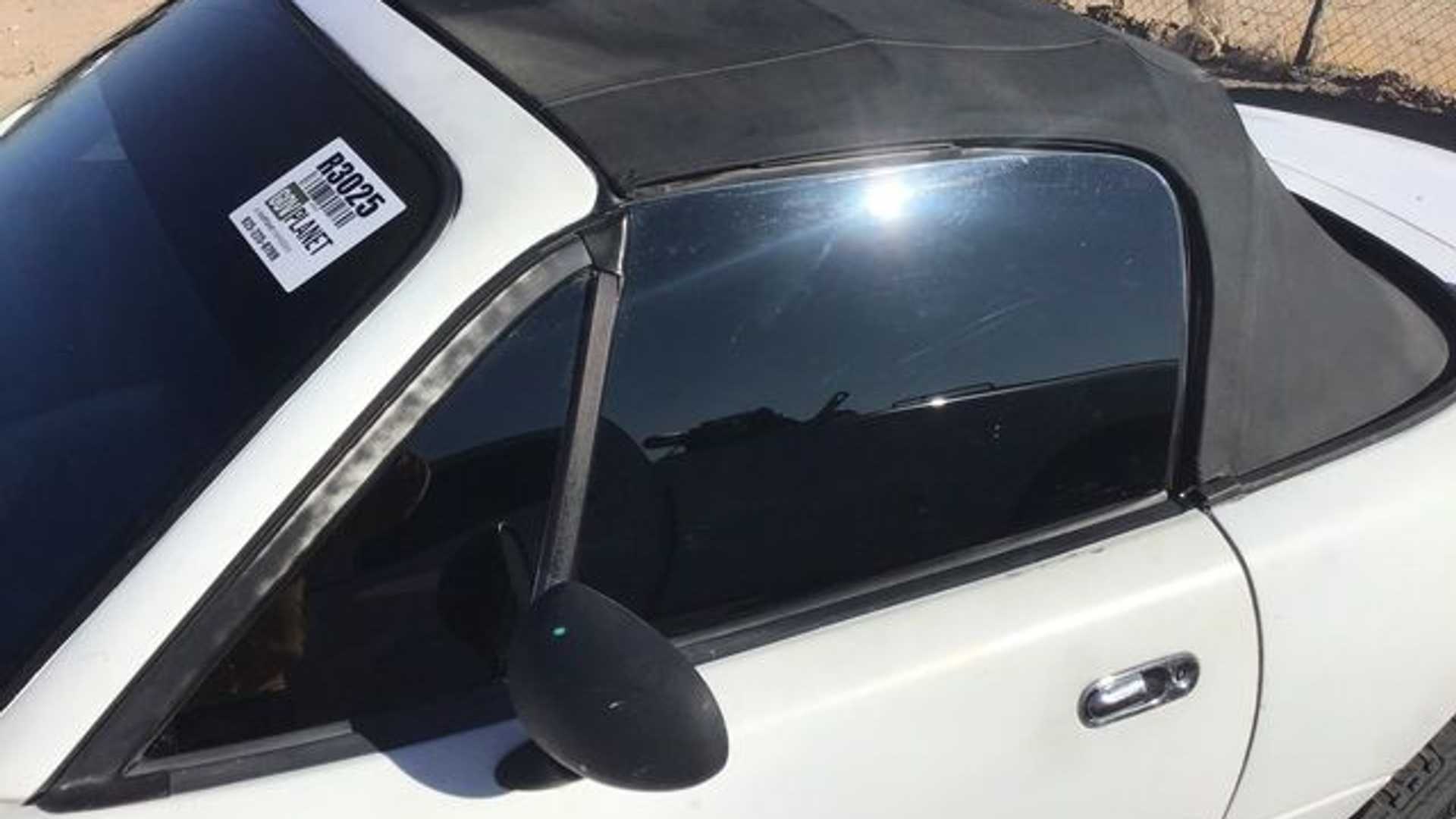 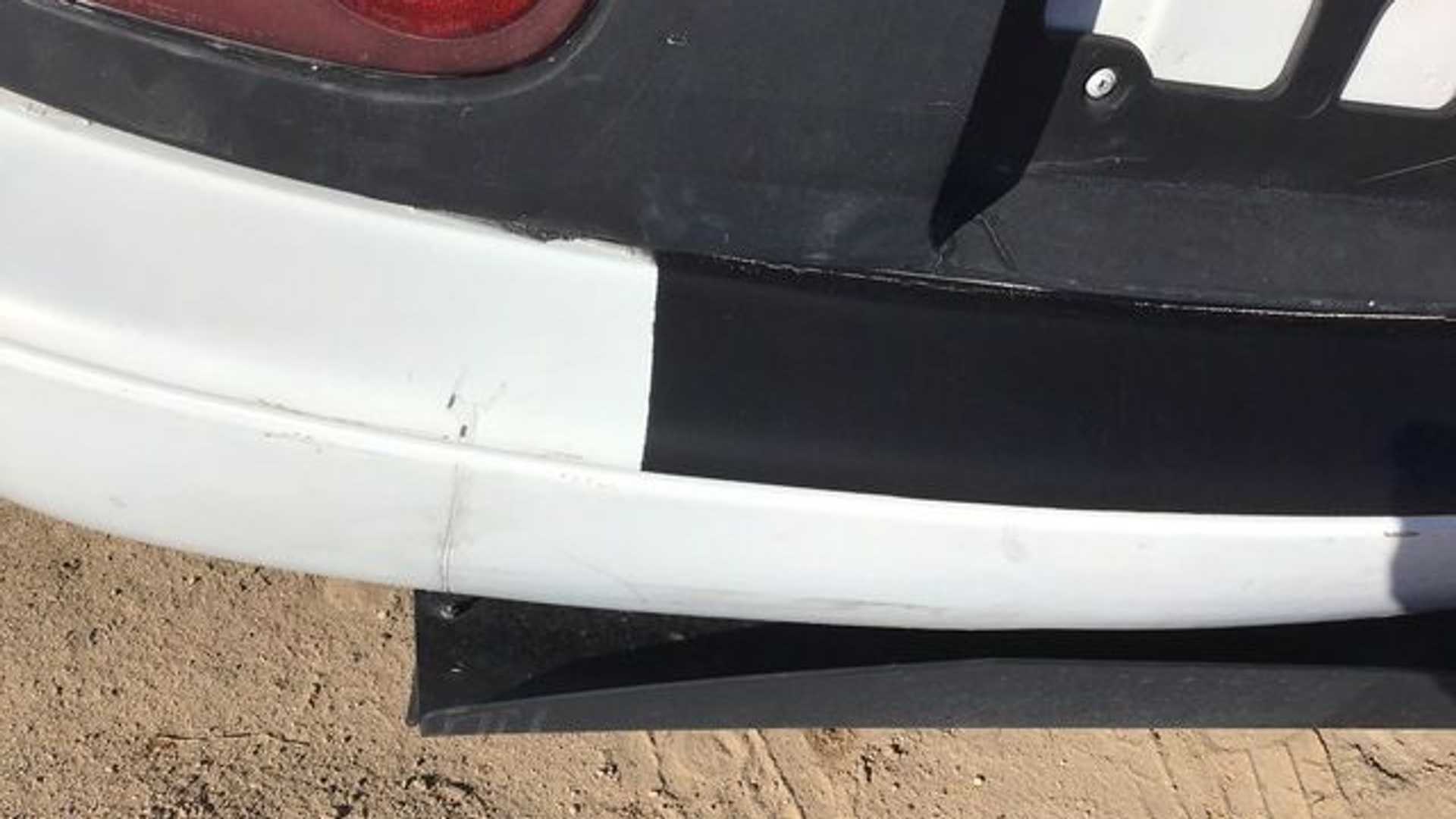 You probably have a lot of questions about this build – and so do we. We don’t have the answers to most of them because the car is no longer available but we can at least try to provide some useful information.

First, this is most likely not an ex-government car. Aside from the fact that no agency would ever need a 1.6-liter roadster with giant wheels, there’s the argument that if it was military-owned, it would have about 20,000-30,000 miles and a bajillion idle hours on it.

That’s obviously not the case here as this car has covered 278,868 miles since new, which is 448,794 kilometers for our European readers. This has to be one of the highest-mileage Miatas we’ve ever seen – and we’ve seen all types of Miatas. We’d say we are jealous of anyone who had the chance to drive an MX-5 almost 300,000 miles but with those huge tires and a 1.6-liter engine under the hood? We are not so sure anymore.

Judging by the photos, the car is in a very rough condition. There’s a lot of damage to the exterior and the interior has surely seen better days. And with close to 300,000 miles, it probably needs some repairs but nevertheless, it’s still a very good project with a lot of potential. Perhaps that’s why someone paid $3,900 to get it.