I can’t think of a more nightmarish situation than happily heading down to your garage to go for a drive and discovering your car is missing. Doubly so if the car in question is a 1991 Acura NSX. Unfortunately, this is the exact situation Jerry Yee found himself in last week. The good news is he was finally able to locate his stolen car. The bad news is it was crashed. Really crashed.

There’s no getting around that this is a sad story. But it’s also a remarkable one because of what happened in between the NSX being stolen and Yee getting that unfortunate call from the police: The entire Bay Area car community seemed to rise up as one to help him find it. That part was pretty cool. 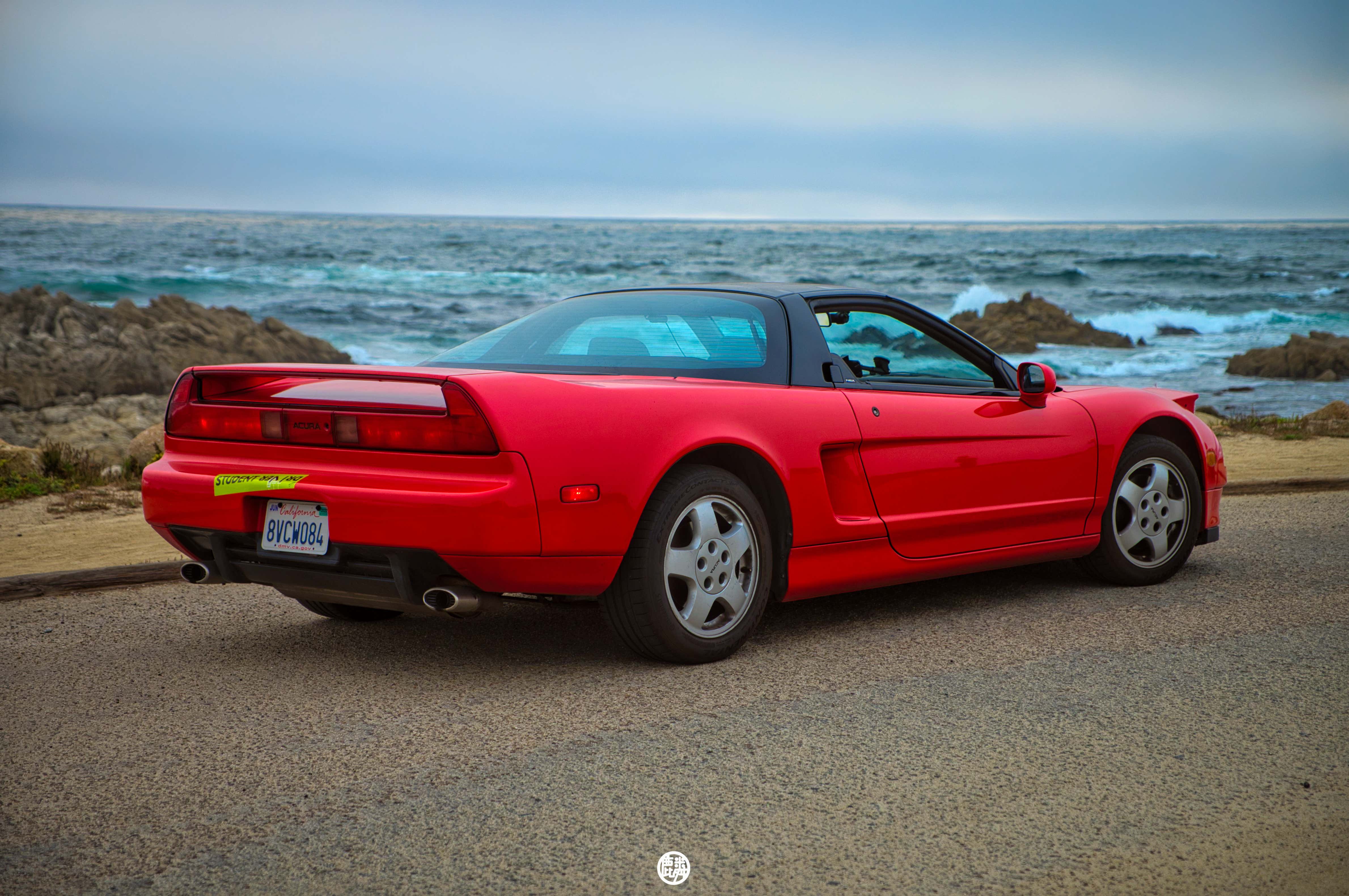 Yee’s been a fan of the original NSX ever since childhood, thinking it was the coolest car ever when his dad told him it was a Honda. Growing up on shows like Initial D, Toyota and Honda were the automakers that most held Yee’s interest. He loved that they were able to both build affordable and trusty commuter cars and also stuff like the Supra, GT-R, and NSX. Finally, as an adult, he was able to save up and bought himself an early model in April of this year.

After work on Wednesday, August 25, Yee told The Drive in an email that he was planning on driving the NSX out for a short errand when he found it was missing from where he usually parked it in his indoor residential lot in San Francisco, California.

“I stood there for a while, not really comprehending what had occurred,” he wrote. He headed straight for the maintenance office to ask whether his car could have been towed for any reason. That wasn’t the case, so Yee reported the missing car to the police. He also posted a BOLO alert for his car on Instagram. He included photos of the license plate and the VIN. The car itself is pretty easy to identify thanks to a bright yellow @wearestudentdrivers sticker on the rear bumper.

Word spread like wildfire. Automotive enthusiasts from all over shared the post on their own social platforms. Even actor Daniel Wu posted it to his Instagram account of 1.2 million followers. Then the updates started rolling in.

A friend of a friend reached out to Yee and said that he’d seen the NSX on the freeway on Tuesday, August 24—the day before Yee realized it was missing—being driven by someone who appeared to be a Caucasian woman. The friend provided dashcam footage with a timestamp and the two figured Yee’s car was probably originally stolen that day. “The sad irony of the situation was the fact that I was on that exact stretch of road a little over half an hour before my car was spotted,” Yee said.

On Saturday, August 28 at 11:05 a.m., an Instagram user sent Yee photos of his car on I-80 West in El Cerrito. The person was able to get photos of the people driving Yee’s car. Yee told the person to call the police immediately and was able to inform a police officer himself at the same time.

Later that day, another user spotted the car on I-580 near Richmond. Yee immediately called California Highway Patrol and went to the area with a friend to see if they could get a glimpse of the car. No dice.

On Sunday evening, August 29, an Amazon van driver messaged Yee on Instagram and said he’d seen the NSX in a driveway at a house in Richmond. Not knowing at the time that the car was stolen, the van driver did not call the police. He provided Yee with the approximate address. Yee, along with a friend, visited the area where the car was supposedly seen. They didn’t see the NSX and, being that they felt the house was in a “pretty rough neighborhood in Richmond,” they left. (We at The Drive feel the need to remind you that it’s probably not the safest idea to go out hunting down alleged thieves without law enforcement.)

Once home, Yee got another message from a Richmond firefighter who said he’d seen the car being uncovered and driven off by a man and a woman on Saturday when he was in the area. He gave Yee the house’s address, Yee confirmed it was the same house he’d just driven by with his friend, and emailed all the new information to the San Francisco police officer who took his report. The next day, he headed to the station directly to provide the information.

It’s pretty incredible how many people reached out to Yee about spotting his car. But it’s probably also because it’s a red, first-gen Acura NSX. It’s pretty memorable. Also: “My car was pretty recognizable due to my @wearestudentdrivers sticker,” Yee pointed out. “I was surprised the thieves were driving around with my plates and sticker still on the whole time.”

But by Wednesday morning, September 1, it was all over.

The police called Yee to say the NSX had been found at Hunters Point in San Francisco. When Yee arrived at the scene, his car was being loaded onto a flatbed. The front and rear were “all mangled and destroyed.”

“At the time, the officers at the scene told me the person driving my car lost control on the road and hit some parked cars and jumped a barrier,” Yee told us. “Given the situation, I thought there might have been a chase that caused the thief of my car to lose control. However, I found out today the thief had just lost control and wrecked my car, causing the airbags to deploy. Police immediately got to the scene and promptly arrested the person driving.”

When tapped for elaboration, the San Francisco Police Department followed up with a summary of the incident.

“On [September 1, 2021], at approximately 6:30 a.m., officers responded to Jamestown Avenue and Harney Way regarding an altercation,” Officer Robert Rueca wrote in an email to The Drive. “Officers arrived on scene and met with a female who stated that an Acura collided into her parked vehicle and the driver refused to exchange insurance and driver information. The driver of the vehicle then fled the scene on foot while the victim remained with her car and the Acura. The victim had a complaint of pain and officers summoned medics to the scene who transported the victim to the hospital for non-life-threatening injuries.” 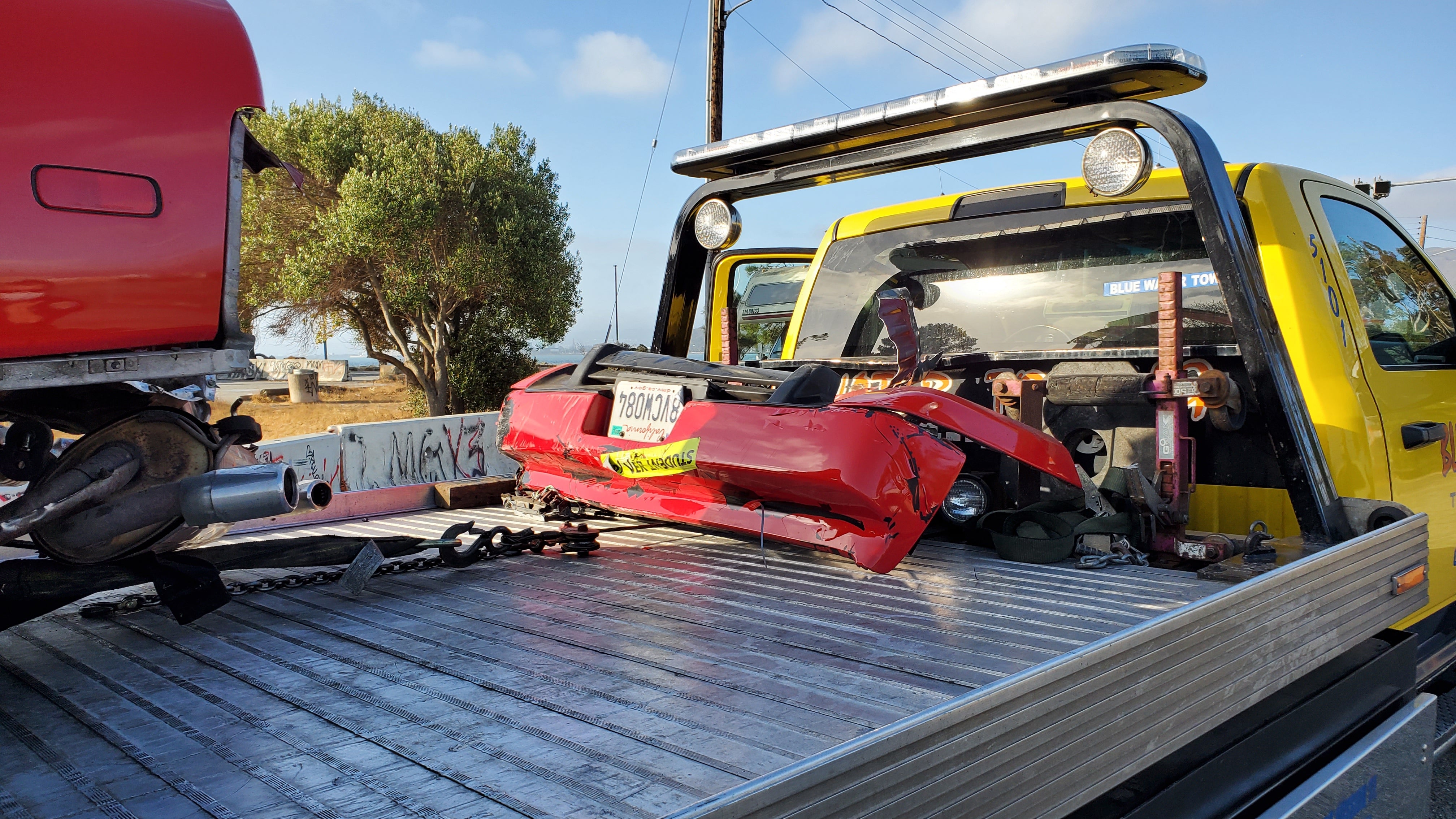 He went on, “Officers ran a computer query on the Acura which revealed the vehicle was stolen out of the City. Officers arrived on scene and located and detained a male who matched the description of the Acura driver. The male was determined to be the driver of the stolen Acura. The suspect is identified as… a 28-year-old male from Oakland, California. [He] complained of pain and officers summoned medics to the scene who transported [him] to the hospital for non-life-threatening injuries.”

Going through the wreckage for his personal belongings, Yee found his car was full of cigarettes, cigarette boxes, and even a half-eaten pizza in the trunk. “I was utterly disgusted at the people who took my car, joyriding it for a week,” he said. “It is incredibly unfortunate that my car was seen so many times by those in the community and it ended up being crashed.”

When asked if Yee had a copy of the police report to share, “Not really,” he responded. “I got little to no updates from the police during the whole ordeal.”

At the time of this writing, Yee said the police are holding the NSX as evidence for their ongoing investigation. But when he gets it back, he will release it to his insurance company for valuation and payout. Rueca said that he does not know “the timeframe as to when the investigation can release the vehicle to the owner.” 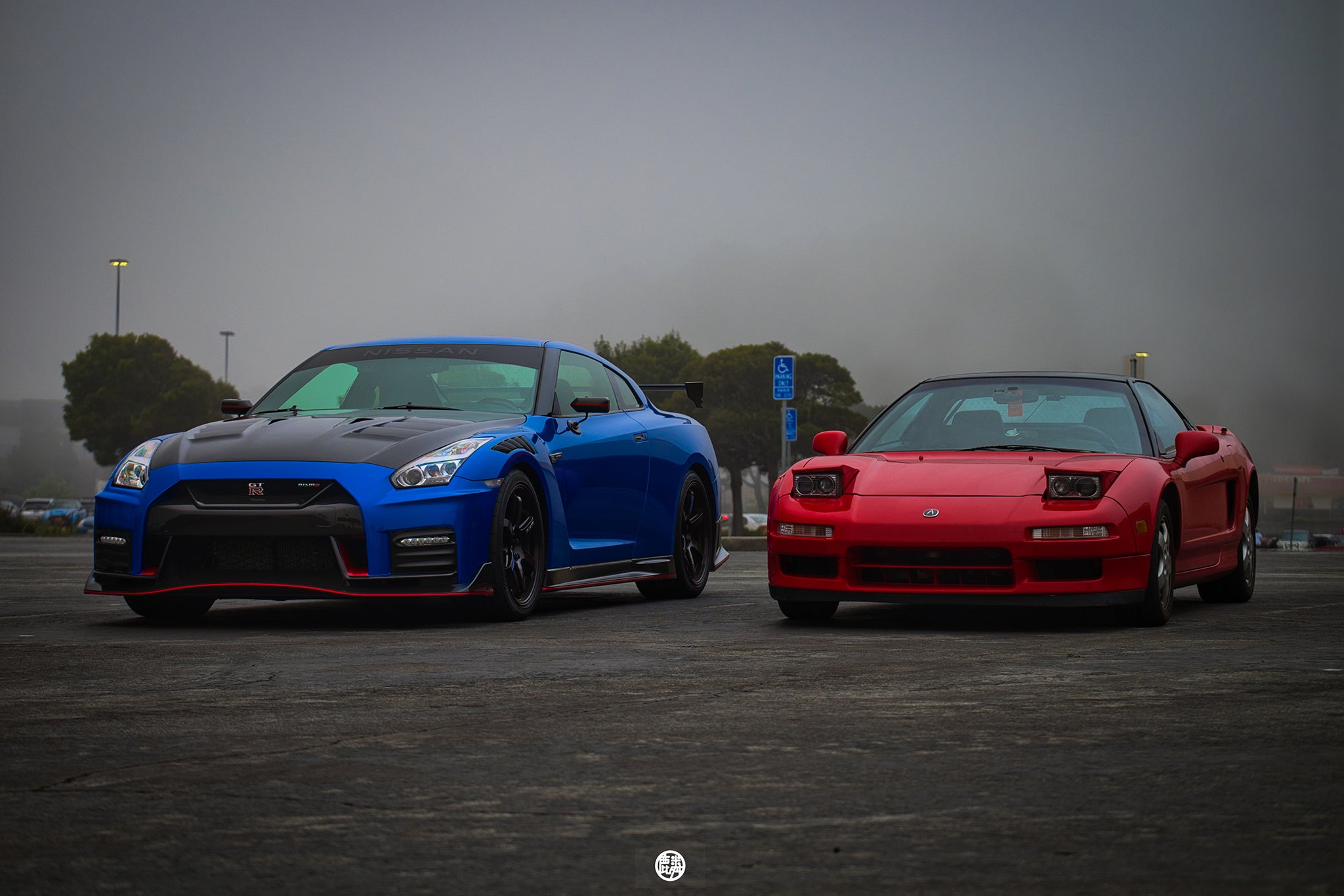 The silver lining is that Yee said after he shared that his car had been stolen, he was “genuinely surprised at how quick and wide news about my car spread on social media.” The community bonded together, spread the word, and kept their eyes and ears peeled for the missing NSX. They supplied Yee with constant updates that surely must have been better than hearing nothing at all.

It’s a shame that Yee’s car will almost likely end up totaled, but at least we can all walk away from this knowing that when you really need it, you can rely on car people. We look out for each other.