Colorado Subaru owners are outraged and calling for a manhunt after the owner of a local performance shop reportedly vanished without a trace last week, taking with him a boatload of customers’ cash and car parts. Shane Leonard, of SL Performance Boxer Engines in Colorado Springs has been accused of skipping town with hundreds of thousands of dollars and dozens of engines, leaving non-running customer cars by the roadside to be towed away by authorities as people try to unspool what’s fast becoming a complex case of fraud stretching across multiple states.

Leonard’s whereabouts are currently unknown; some owners told local news affiliate KKTV 11 that they filed a police report with Colorado Springs PD, but officials wouldn’t confirm that Leonard is under active investigation. The news in Colorado also prompted others to come forward and claim Leonard had ripped them off in a similar manner in years past in other states including Minnesota and South Dakota. Just how deep the allegations run—and whether those accounts lead to legal action elsewhere—remains to be seen.

In dozens of tragically similar accounts spread across Facebook, Reddit and other forums, victims say the debacle began when Leonard stopped returning their calls in late February, leading to someone investigating the shop’s premises last week. There, they found the doors locked and dozens of cars parked on the street out front with tow warnings on their windows. Clients raced to recover their Subarus, only for many to find their cars wouldn’t start because their engines had been removed.

One of those affected, Austin Burton, told The Drive that he had refinanced his house to afford his “dream” build of a 2005 Subaru Impreza WRX, which had been in Leonard’s hands since September 2019. Burton recalled Leonard giving off suspicious signs on multiple occasions, but that his concerns were always assuaged, most recently in December 2021 when he last saw his car running—albeit with some incorrect parts. Last week, he visited SL Performance to retrieve his WRX, only to find it was one of the cars without an engine, never mind many of the other parts he’d paid for. In all, Burton was out close to $28,000. 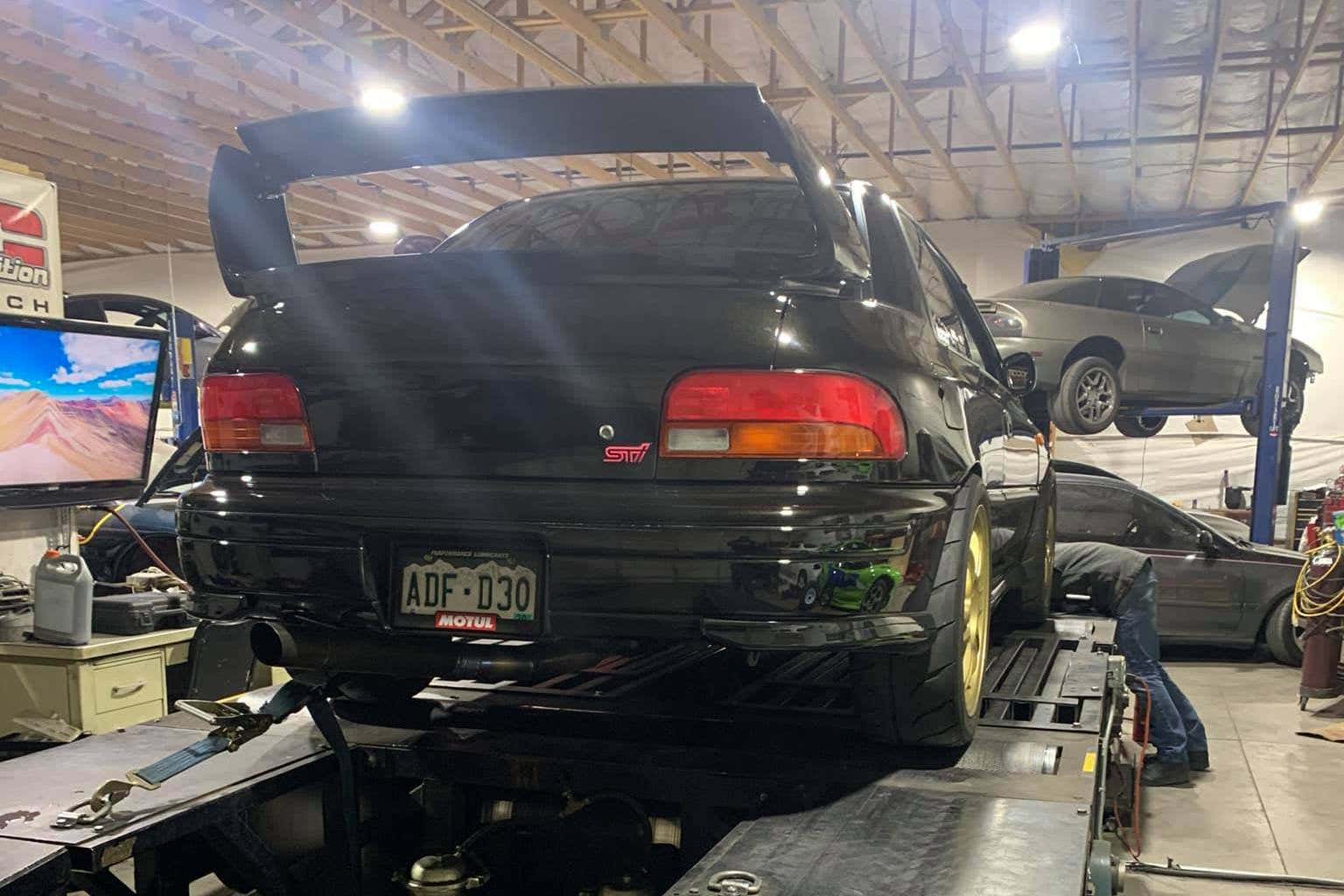 “He stripped over a dozen cars of the motors and parts and left them abandoned outside the shop,” Burton added in a Reddit comment, clarifying to me that most cars previously reported missing have been recovered from a lot rented by Leonard.

“I have nothing, no engine, no parts, no nothing,” said another client, Scott Nelson. 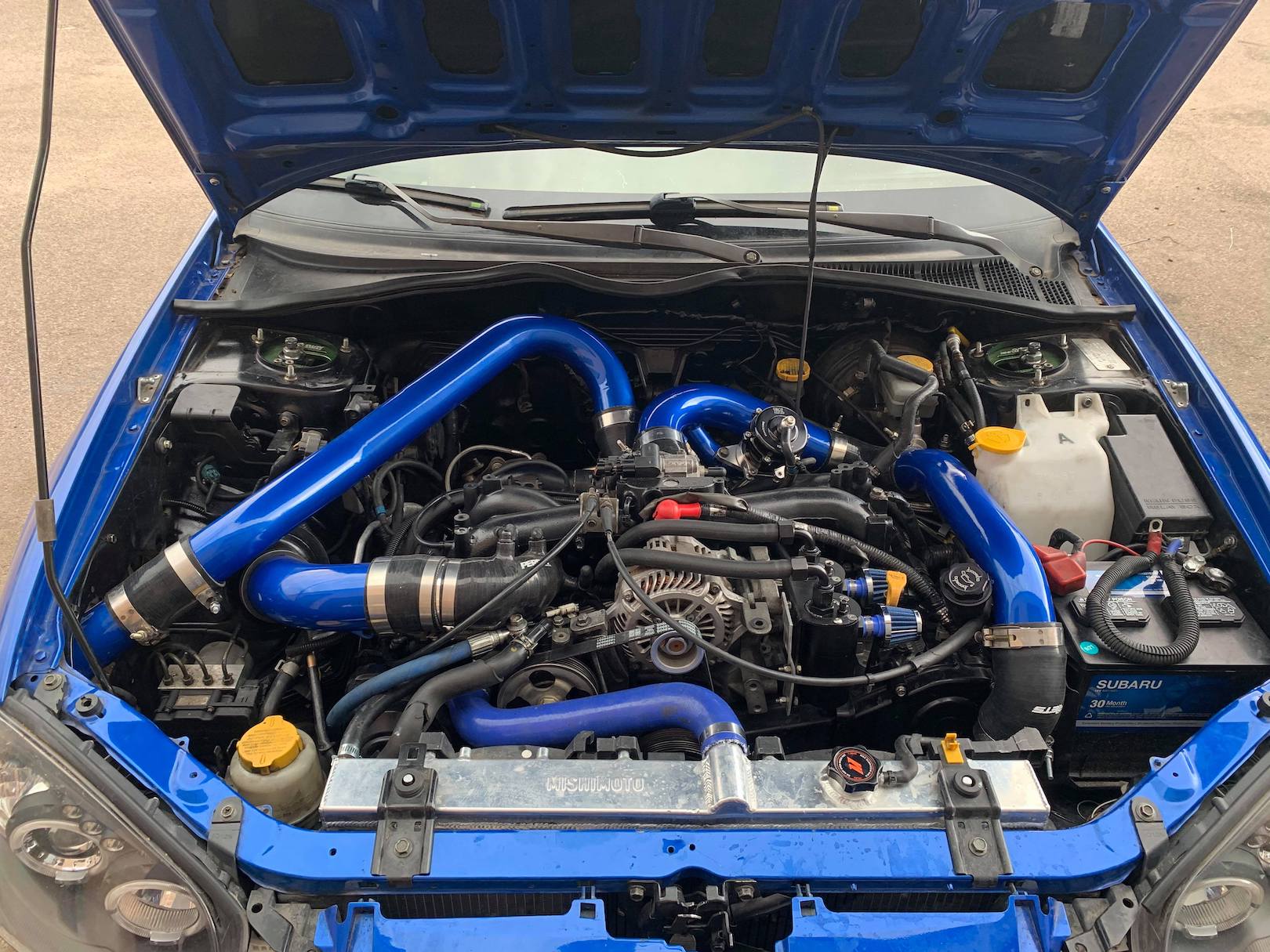 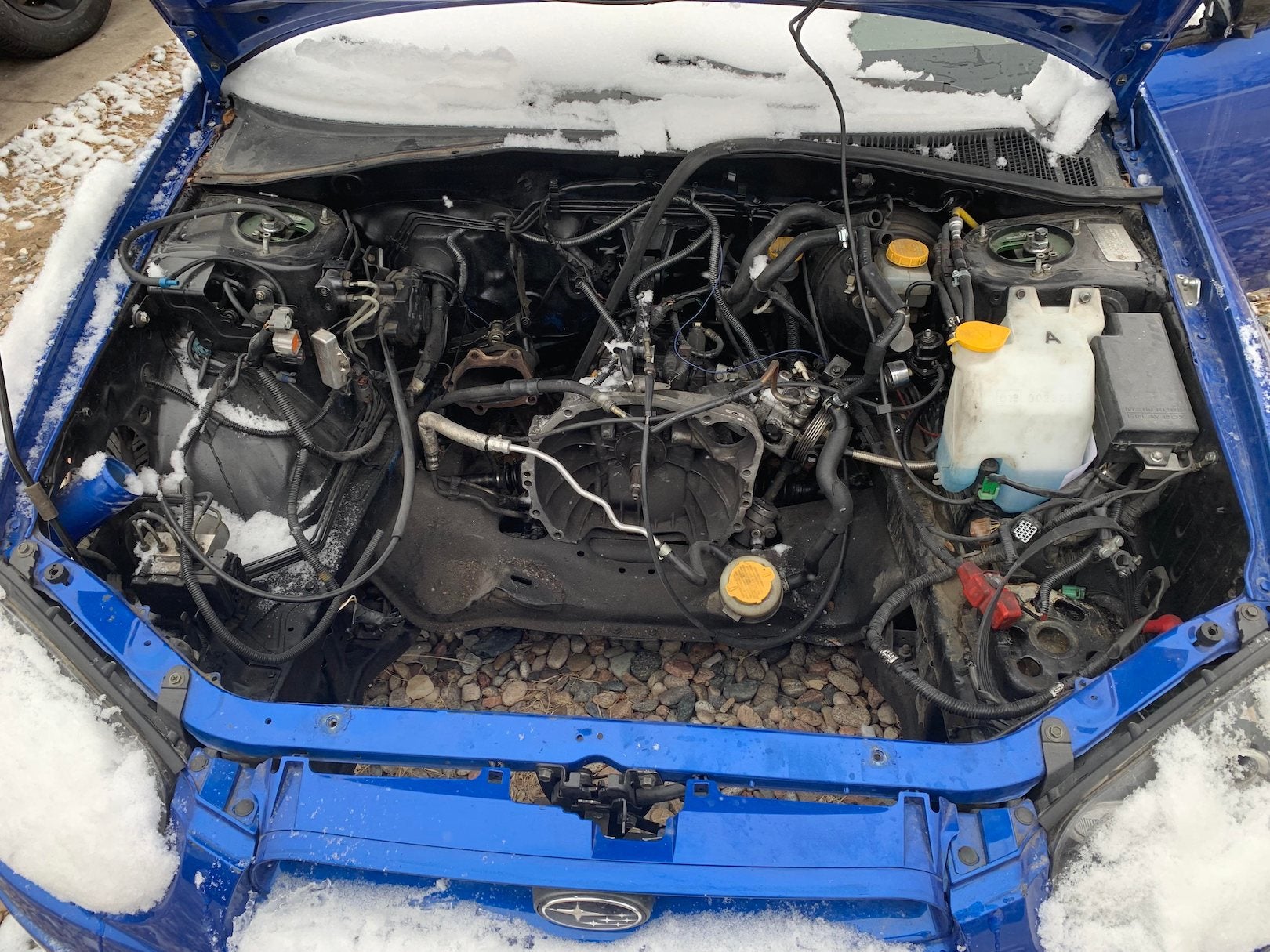 When the story made its way online, Subaru owners hopped into Facebook, Reddit, forums, and even the shop’s Google reviews to share similar experiences of Leonard’s allegedly shady business practices. Posters claim Leonard and his employees have pilfered parts, engines, and money for years now, possibly across multiple states, including Minnesota, South Dakota, and Iowa.

“There are multiple stories of him and his workers taking high end parts of of cars and selling them, or taking entire engines,” posted Reddit user Kineto_Photography. “He’s been doing this for years and was supposedly in SD before he came to the Springs. He’s now possibly in Iowa.”

“This isn’t the first time I’ve heard this. My neighbor said he tried to steal engine internals and a torque converter from him back a few years ago in MN,” added Reddit user zmanwrx. “He does this and then flees to a new state, thats his MO. [sic]” 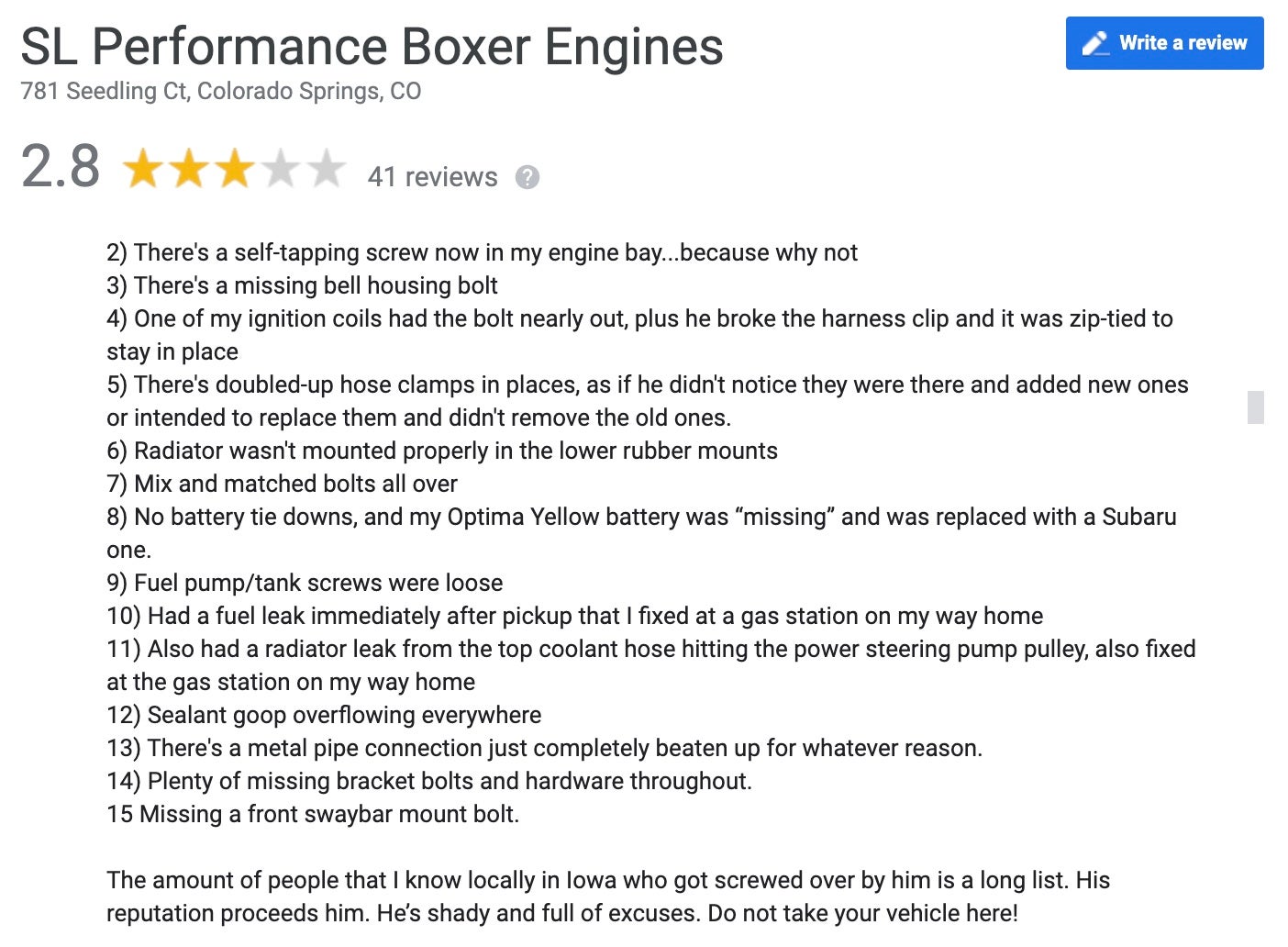 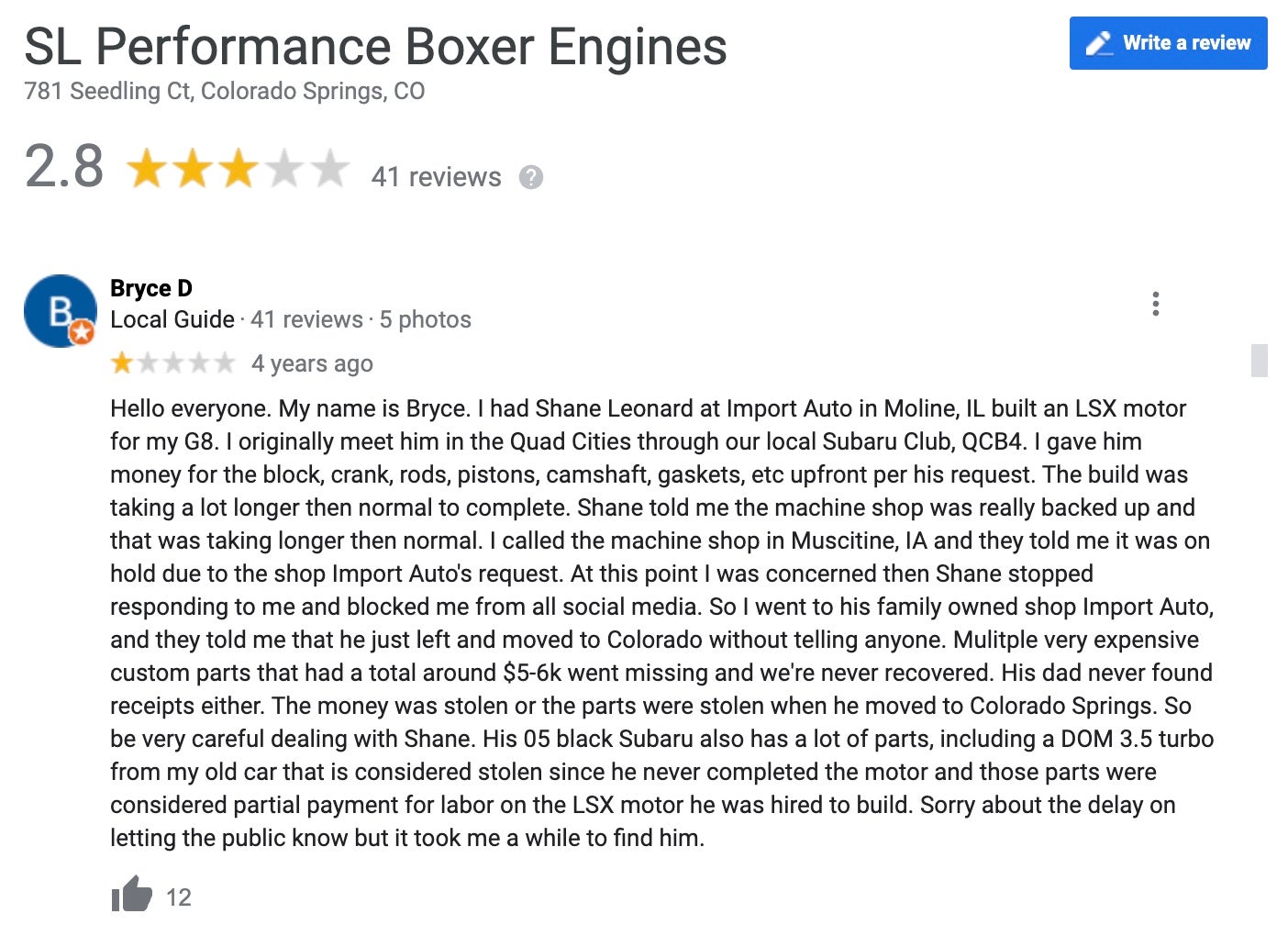 Google reviews on Leonard’s shop corroborate this alleged history of fishy business, with the oldest reviews on SL Performance Boxer Engines accusing Leonard of cheating “a long list” of customers in Iowa. Save for a suspicious handful of positive reviews, all posted by accounts with similar name formats and positive vote counts, the reviews skew significantly negative back to the shop’s foundation. Facebook displays a similar track record, with a handful of glowing reviews contrasted by a significant volume of negative feedback, much of it predating the shop’s shutdown by years.

Leonard and his partner are said to have deleted their social media accounts after disappearing, making tracking them online impossible outside of a single private Instagram account run by Leonard himself. In the absence of any police activity, angry customers have already identified possible addresses he might use or vehicles he might be driving, issuing BOLO alerts to the wider car community in hopes of tracking him down.

Of course, it might already be too late—many owners speculate Leonard is financing his disappearance by selling those engines and parts as he goes.