The Subaru Crosstrek Desert Racer certainly looks the part of a four-wheel bad boy, what with its massive bull bar/bash plate, exposed suspension elements, and phalanx of LED lights up front and on the roof. If you find yourself south of the border this weekend, you can catch it flying by in its new blue and gold livery adopted for this year’s big Baja 500 off-road race. Subie is teaming up again with Crawford Performance and Grabowski Brothers Racing for more Class 5 Unlimited fun in the famous off-road race. The bad-ass buggy is powered by a 2.5-liter boxer engine built by Quirt Crawford of Crawford Performance that packs 300 horsepower.

“My goal with the Crosstrek Desert Racer program was to show what was possible with a non-turbocharged boxer engine in an unlimited class, and the results so far have been very strong,” said Quirt Crawford in a statement. 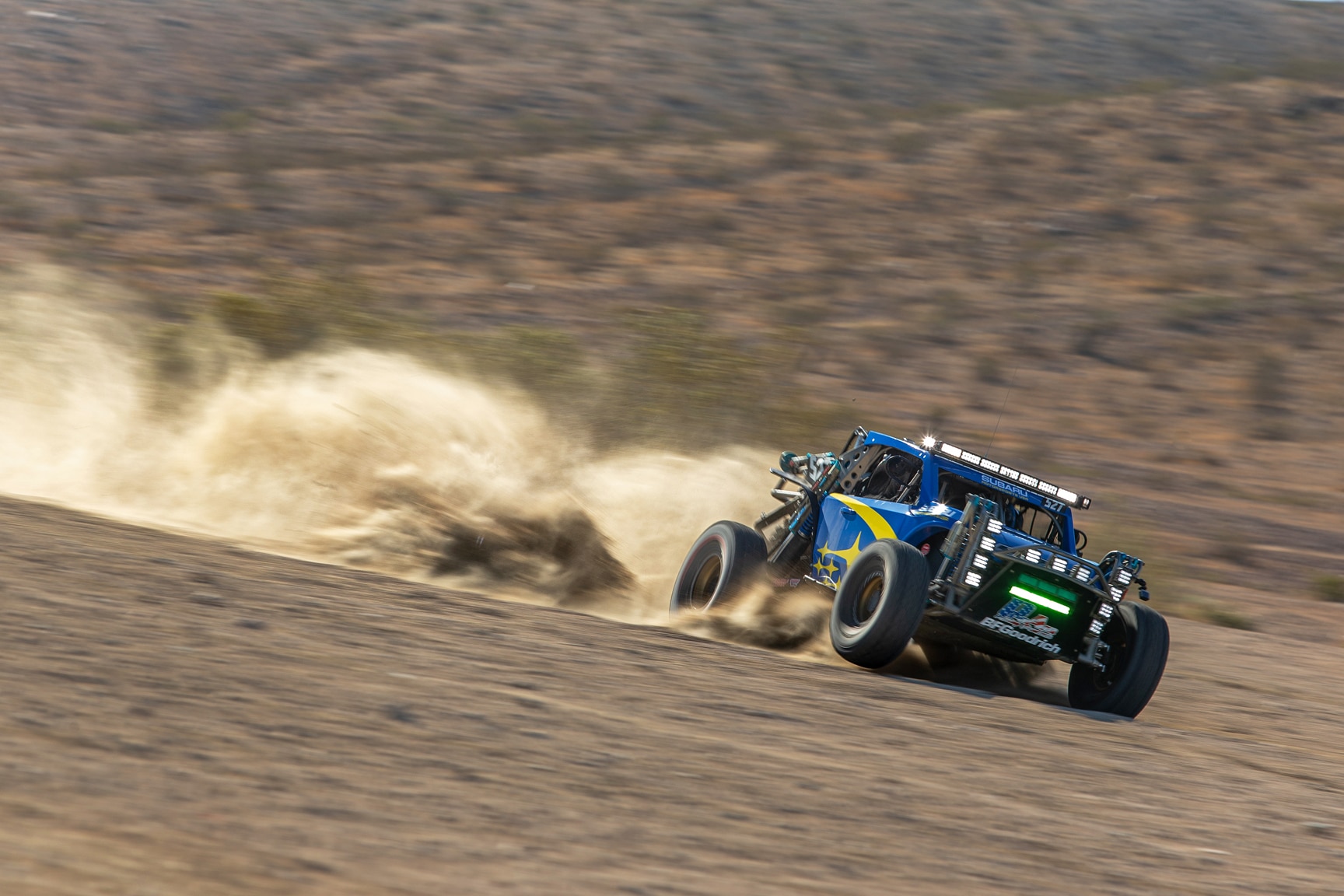 While boxer engines have been used for years in off-road racing, the marque has officially supported race efforts only the previous two seasons. Last year Subaru snagged a second-place finish in its class, so this year’s race should be closely watched by fans of the brand. The 2019 race starts on June 1 and includes a single, 487.11-mile loop around the famed Mexican Baja Peninsula. Subaru also announced that the Grabowski Brothers Racing team will continue its campaign and defend its class title win in a 550-mile, Las Vegas-to-Reno race in August before tackling the Baja 1000 this fall. 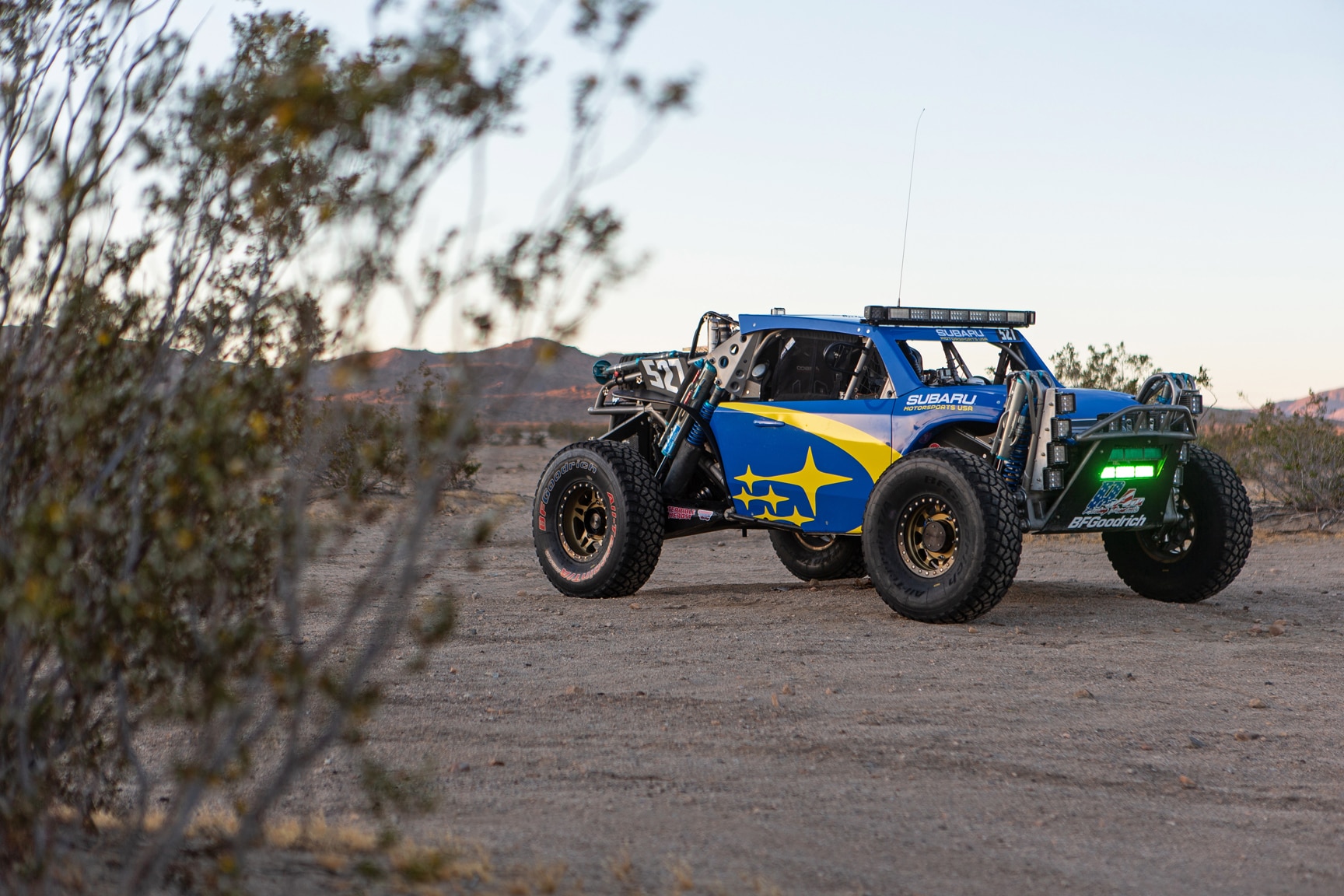 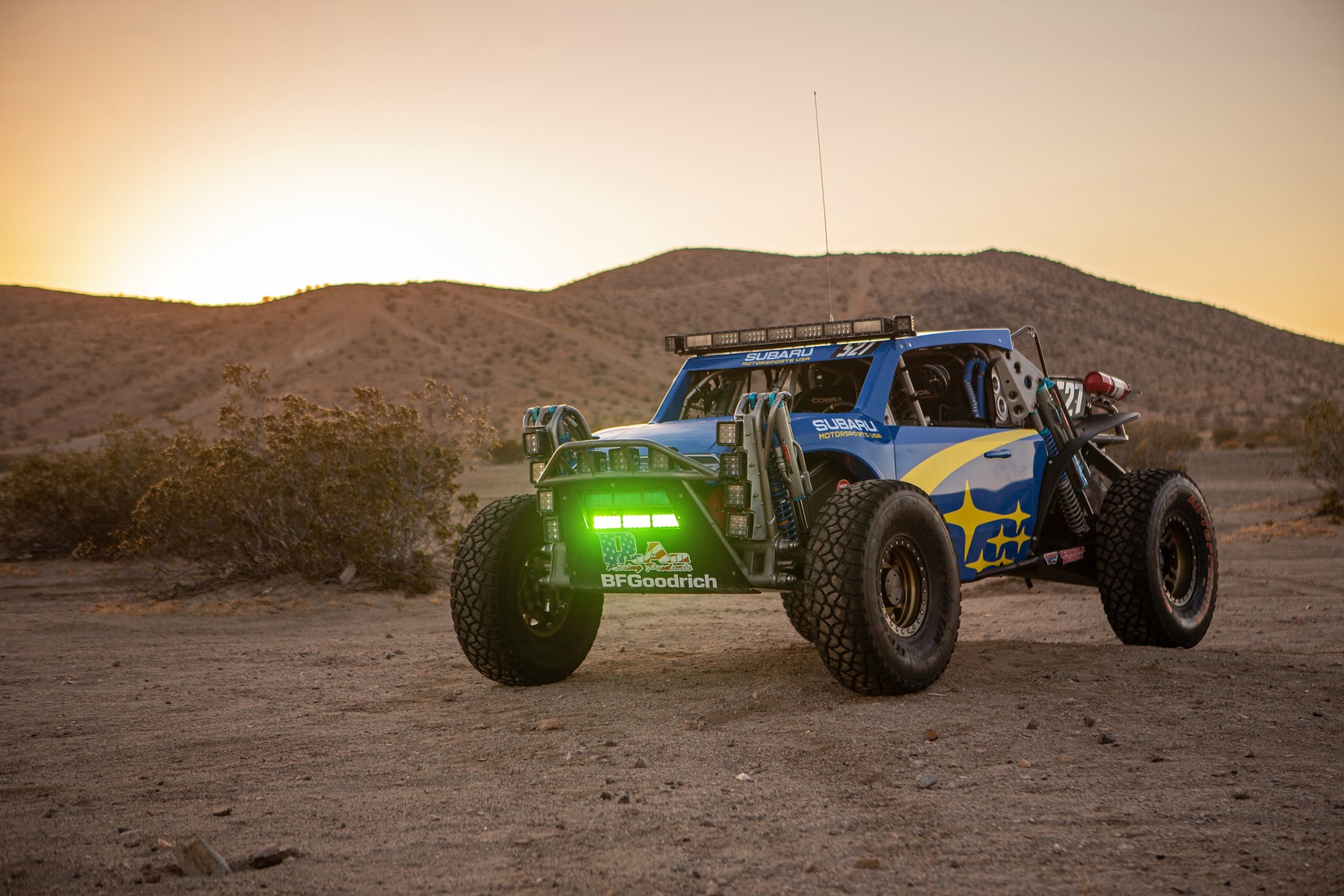 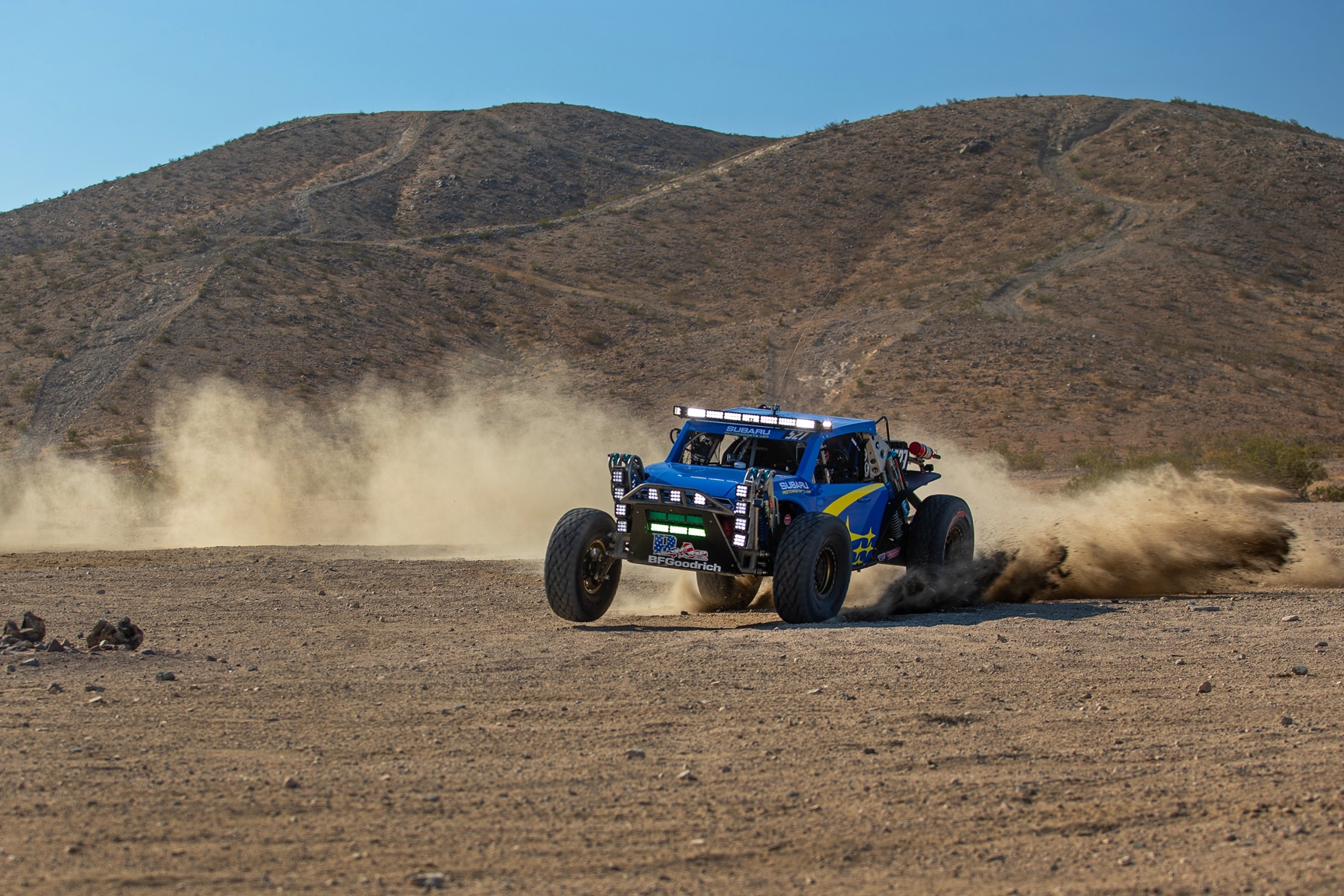 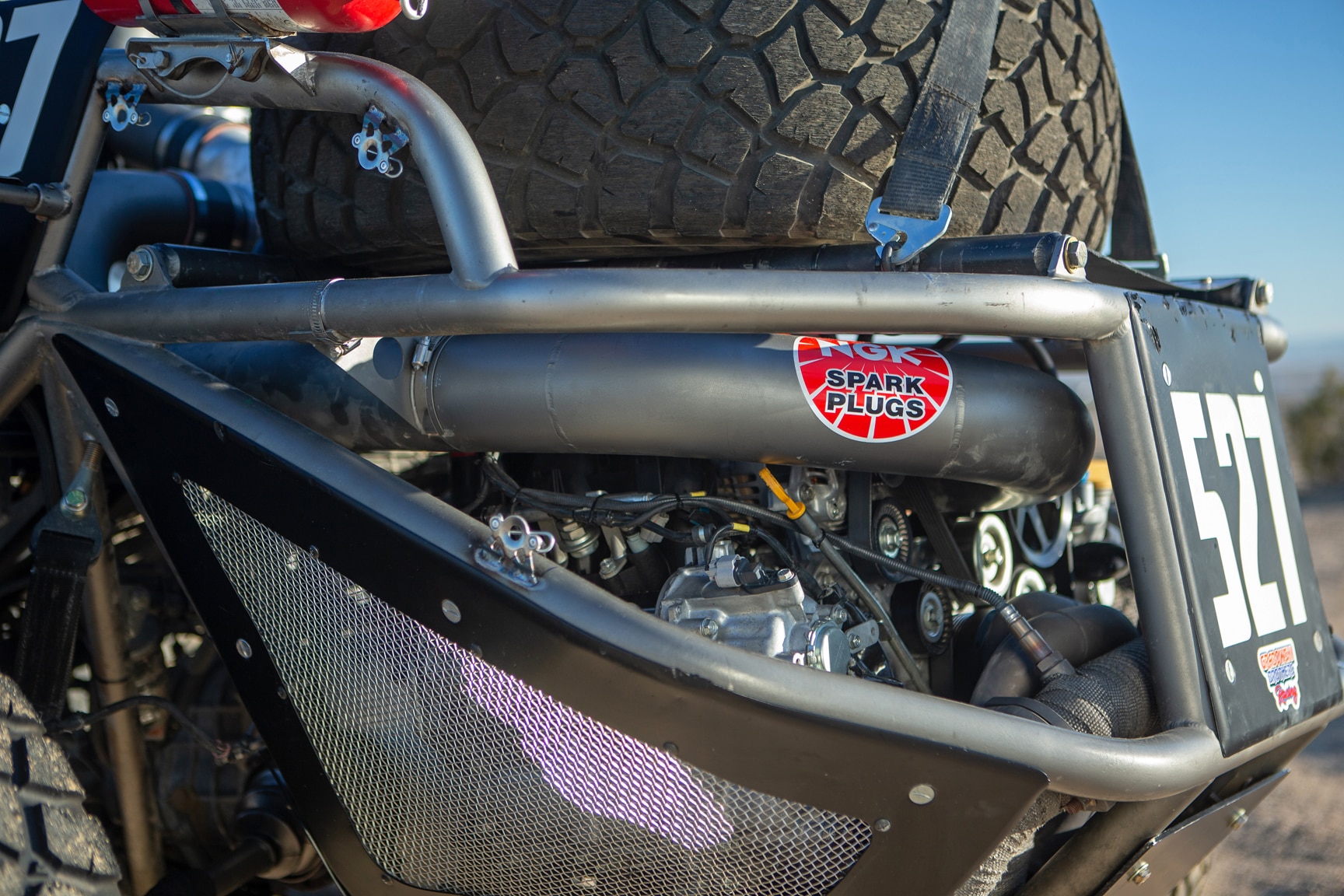