The Tesla Model S Plaid is a quick thing. The EV currently holds the production car quarter mile record and far eclipses the performance of previous models from the electric automaker. Now, YouTuber Rich Rebuilds has taken a Model S Plaid into the shop for a look at what’s under the hood, figuratively speaking.

The video is our first clear look behind the curtain of Tesla’s performance flagship. Right away, it’s obvious that the car has seen serious changes from the basic Model S. Notably, the battery pack takes up much more room under the car. It’s what you’d expect, given the huge power demands to generate the acceleration the Plaid is known for. There’s also a reworked rear suspension, similar to designs seen on the Model 3, but fitted with aluminum arms compared to the more usual steel construction seen on other models. 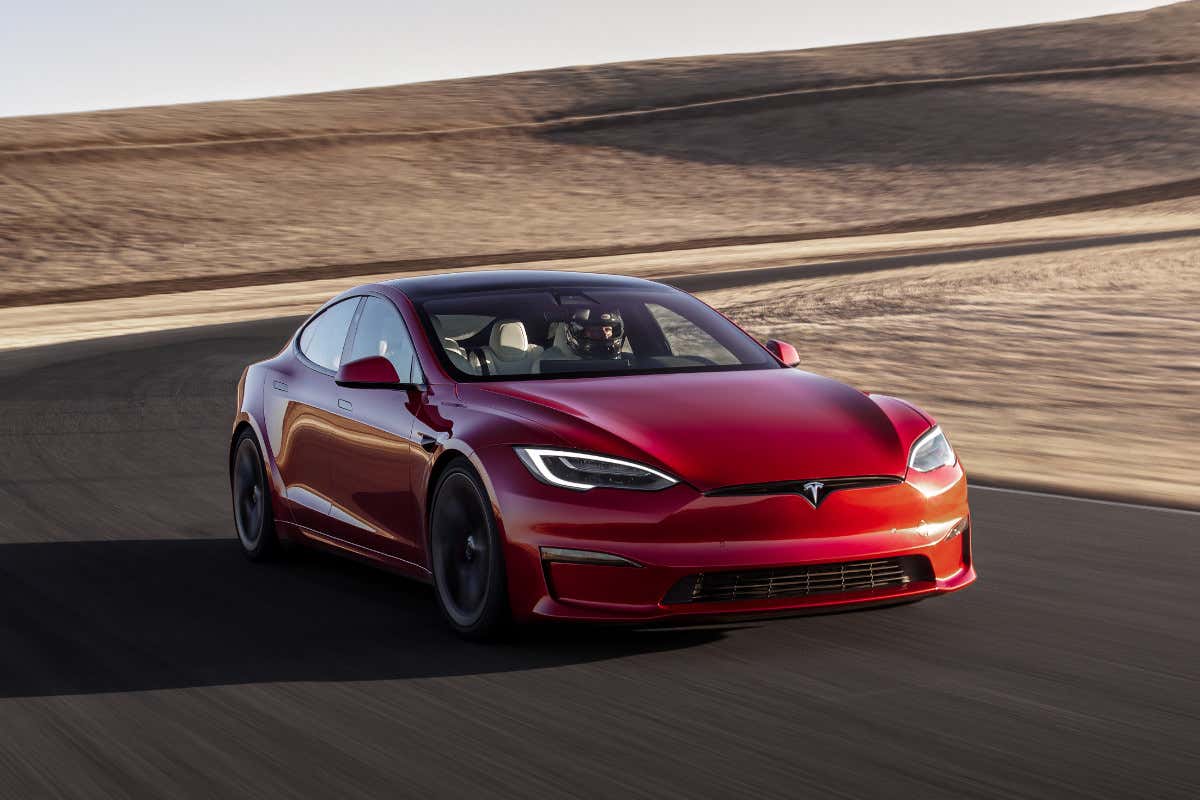 The plastic bellypans under the car appear tough and mostly rigid, and are strengthened with metal reinforced boltholes to stop them ripping off easily. These should prove to be much stronger than the fabric undertray fitted to the Model 3 which is often destroyed by puddles according to owners. They’re paired with a large aluminum undertray covering the central section beneath the car, which should do a lot to protect the vehicle from incidental damage from rocks, potholes, and other such hazards. Under the hood, there’s some neat engineering, too.  There’s an air tank that’s also used as a crossbrace for the front suspension—a smart way to use a necessary component to also add structural rigidity. The cabin filter has also been moved away from potential sources of moisture and to a position that is easier to service at regular intervals. The traditional 12V lead-acid battery has been replaced with a lithium solution instead, proving much lighter and more compact at roughly the size of a paperback novel. There’s also a special terminal under a plastic cover to allow the 12V system to be more easily jumped from an external source. 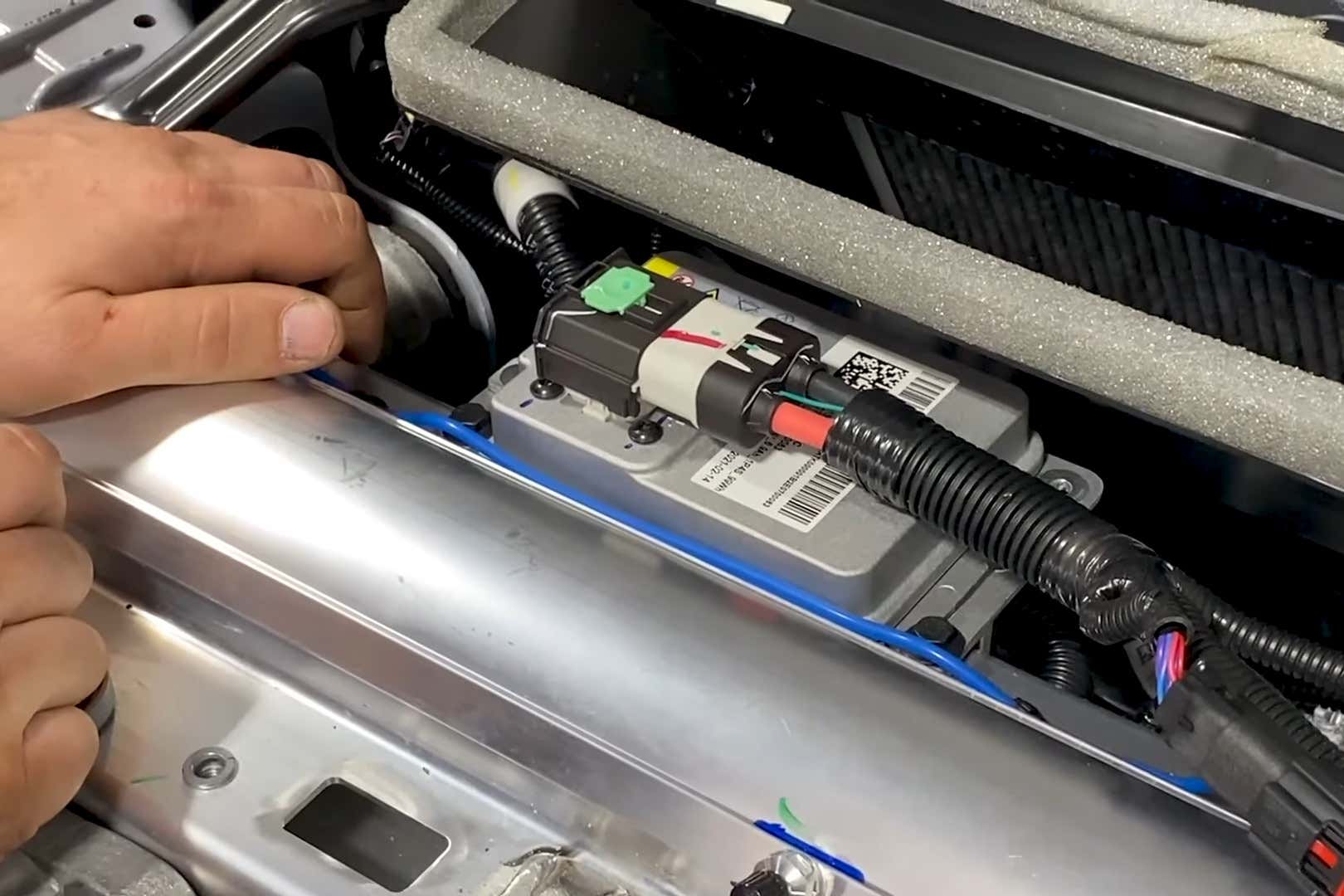 Perhaps most obvious on the Plaid is the major focus put on cooling. Heat exchangers and coolant pipes pop up all over the place, necessary to get rid of the excess heat from the motors and power system. Given the peak power output of over 1000 horsepower, it’s not surprising that thermal management is a key part of making the Plaid work.

Quality wise, much of the car appears to be bolted together relatively well. However, it is still a Tesla, and the teardown revealed multiple issues that weren’t up to scratch. Amusingly, the team quickly found oil leaking through a pump seal despite the fact the car is a new-for-2021 build. Other quality issues included sideskirt paneling that wasn’t properly installed from the factory, sharp casting edges near high-voltage cables,  and hoses that don’t sit right in their routing guides. It’s something that would be disappointing to see on a $20,000 commuter car; to see it on a six-figure luxury sports sedan is somewhat galling.

Overall, the video serves as a cursory guide to some of the changes Tesla made to the Model S in order to get greater performance out of the Plaid. Rich Rebuilds notes that analyst Sandy Munro will get a Plaid soon, so expect to see a deeper teardown in future.