Here’s another reminder that Tesla’s Autopilot won’t actually drive itself. Officials say a Tesla driver in North Carolina was watching a movie while his car was on Autopilot when the car crashed into a sheriff’s car, reports the Charlotte Observer.

The sheriff and a state trooper were responding to an earlier collision on westbound U.S. Highway 64 outside Nashville, N.C. That sheriff’s car was pushed into the state trooper’s car in the crash, damaging both law enforcement officers’ vehicles. The sheriff’s car and the Tesla were totaled in the wreck, per Jalopnik, but no one was injured. 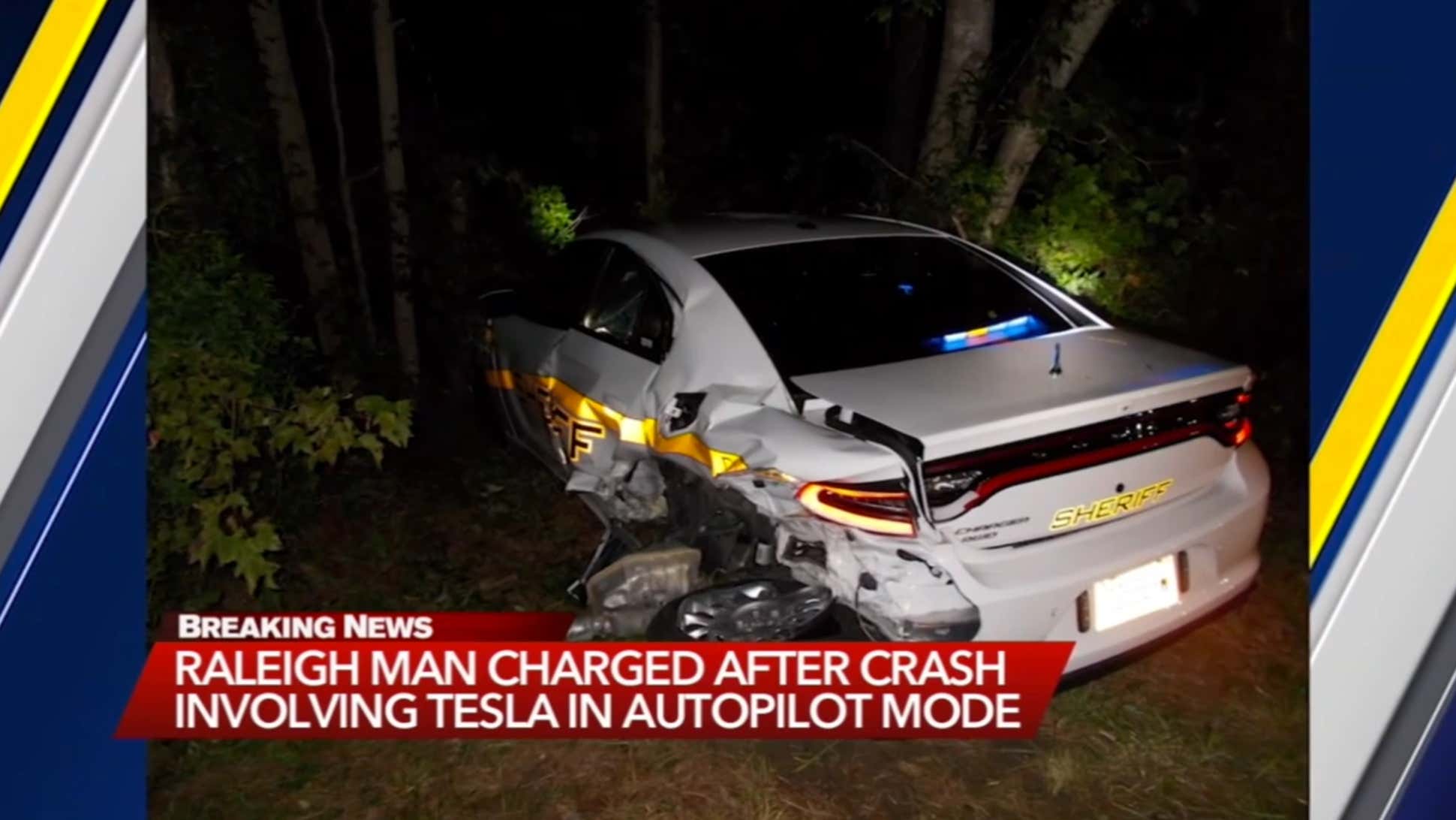 Goli was accused of watching a movie on his phone while operating his vehicle and violating the state’s move-over law, according to officials cited by the Charlotte Observer. The move-over law is pretty self-explanatory: drivers must move over and slow down on the road for stopped vehicles.

These kinds of stories involving drivers who place too much faith in Tesla’s Autopilot happen way, way too often. This isn’t even the first story about a Tesla on Autopilot hitting a cop car. Many of these wrecks end far worse, with some even resulting in death.

Always remember that the name “Autopilot” is grossly misleading and Tesla’s name for its “Full Self-Driving” upgrade package for Autopilot is even worse. Even Tesla tells drivers that they still need to monitor this semi-autonomous system when they’re behind the wheel to avoid potentially deadly crashes like this one. The car can steer, brake and accelerate on its own under certain conditions but often has difficulty responding to unusual situations, like vehicles responding to an accident or confusing lane markings in a construction zone.

This isn’t solely an issue with Tesla’s Autopilot. There are no self-driving cars on the road today. Zero. Zilch. Nada. Automakers are quite far from perfecting these systems, so use them with caution.