It’s no secret that Tesla is expanding. After beginning production at the newly-minted Gigafactory Shanghai in 2019, the automaker quickly began construction of two new Gigafactories in Berlin, Germany and Austin, Texas. However, most of its vehicles are still being built at the original Gigafactory factory in Fremont, California.

That means the Model S, 3, X, and Y are all built at the same location—but not quite under the same roof. In order to accommodate the rapid changes in production needs, Tesla decided to begin building its vehicles outdoors under a sprung structure that it called “GA 4” (General Assembly 4). This was something that quickly drew in jokes about the automaker building cars in a tent in order to ramp up production during one of Tesla’s most difficult times. Despite this, Tesla not only made GA 4 a permanent production line, but it went on to build “GA 4.5” in yet another tent due to ongoing space constraints at Fremont. Now, Tesla has filed paperwork with the City of Fremont to make GA 4.5 a permanent production line for the foreseeable future. 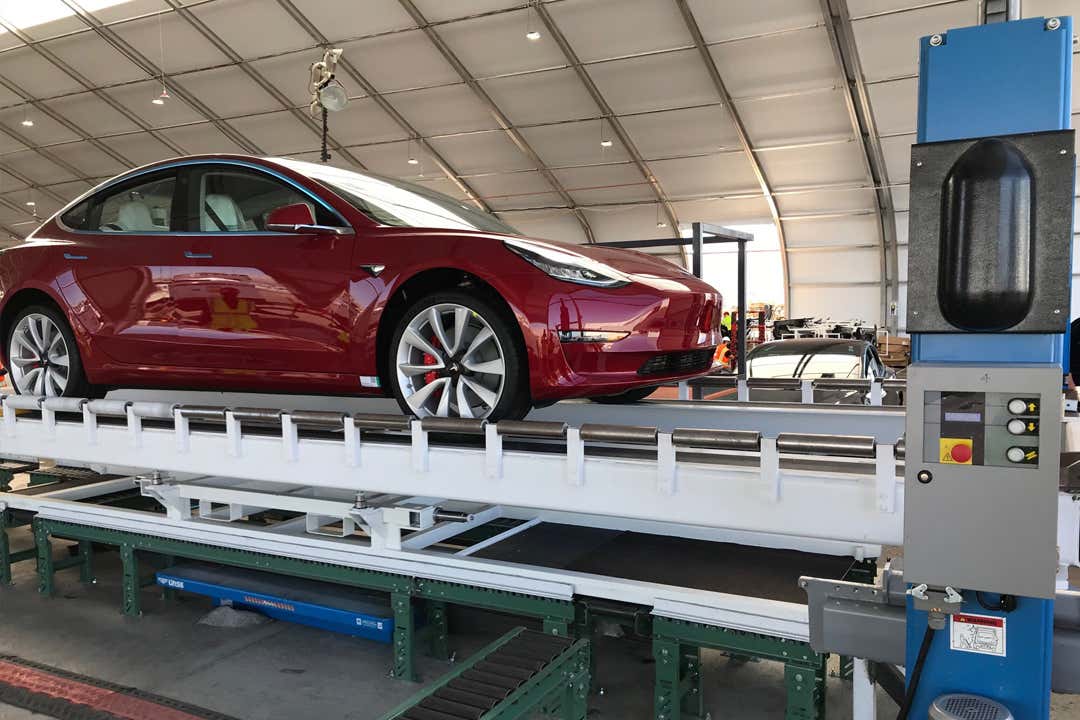 A view from inside of GA 4

According to the brief bit of information found in a permit reported by Teslarati, Tesla is seeking to install a foundation with underground utilities for a 64,000-square-foot expansion on its already crowded grounds. This measurement roughly matches up to the square footage covered by GA4.5, meaning that it would essentially make GA 4.5 a permanent addition to the Fremont facility, complete with electricity and plumbing.

It’s important to signify that “permanent” might not actually mean that Tesla will keep the Model Y production line in a tent forever, however, it does mean that the crossover will continue its production in the sprung structure for an indefinite period of time.

CEO Elon Musk has previously said that it plans to relieve some of the congestion of its Fremont facility by outsourcing Eastern, U.S.-bound Model 3 and Model Y production to Gigafactory Texas once that facility has been completed. This should help to further quash production qualms, just as Gigafactory Shanghai is helping by producing vehicles for China and for export to Europe.

The life of pop-up production lines has earned Tesla a less than stellar reputation in terms of fit and finish. The Model Y, which is built in GA 4.5, was heavily scrutinized over its build quality upon release, including the use of Home Depot-grade fake wood used to hold together the cooling system. However, it’s hard to deny that Tesla has made the best out of the land area it has to work with—that includes rapidly building production lines for its vehicles.

Perhaps this may change as more and more Gigafactories are built, but for now? Long live the tent.