In case that clip of the new Ford Bronco Sport wheeling its way through Moab wasn’t enough to convince you of its off-road prowess, a relatively unmodified version of Ford’s compact crossover just won its class at the fifth annual, women-only Rebelle Rally this past weekend.

With pro driver Shelby Hall and navigator Penny Dale at the helm, this “bone-stock” 2021 Ford Bronco Sport came in first place in the six-car X-Cross class, beating out a Kia Telluride, a plug-in Mitsubishi Outlander PHEV, a 2014 Volkswagen Touareg, as well as a couple of other Bronco Sports, one of which was piloted by automotive journalist Elana Scherr.

For the uninitiated, Rebelle Rally participants must travel 1,200 miles across grueling desert terrain over the course of a week, starting from Nevada’s Lake Tahoe and finishing at the Imperial Sand Dunes of California. Electronic GPS is barred and old-school compass-and-paper-map navigation skills are the name of the game. 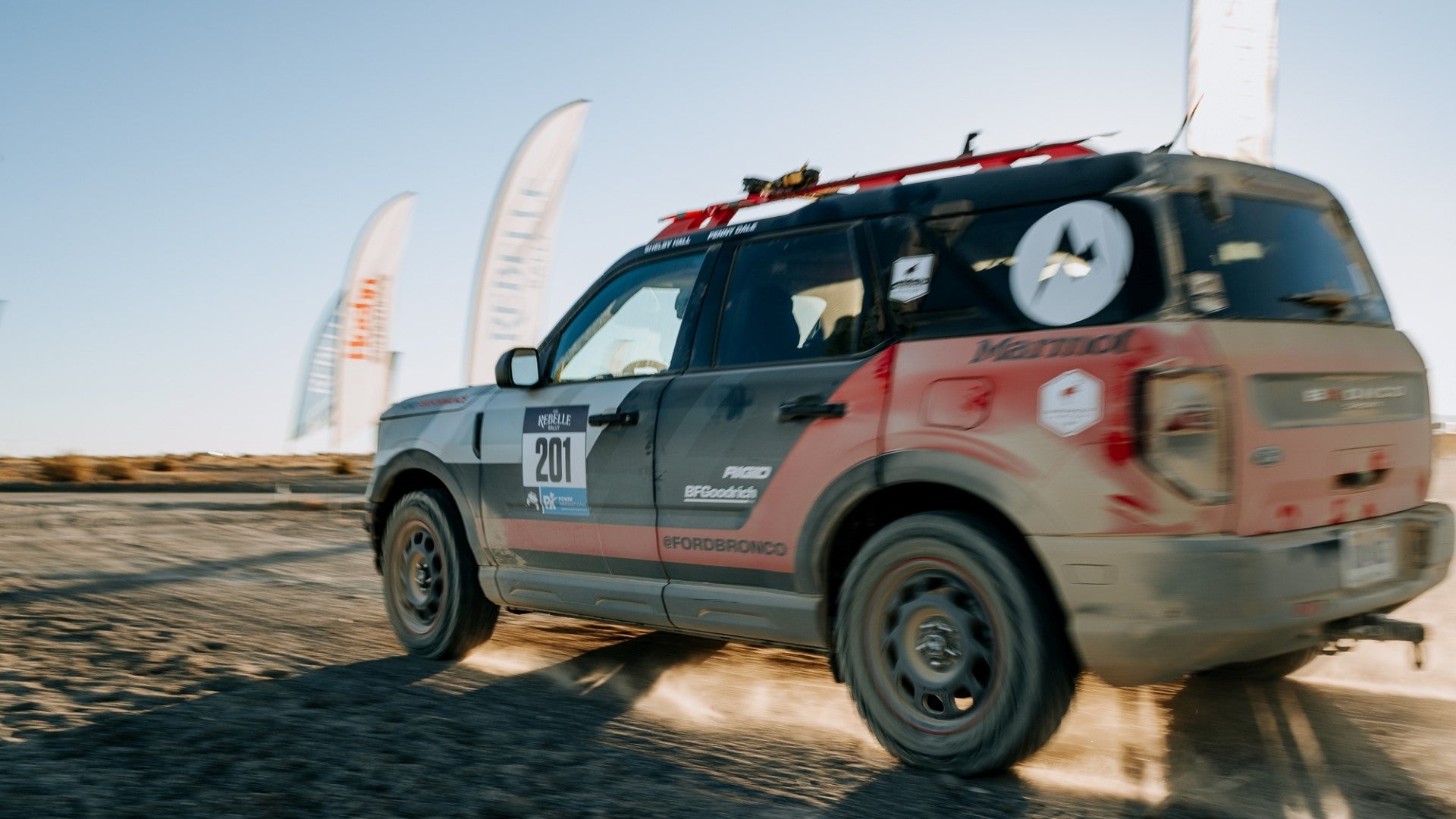 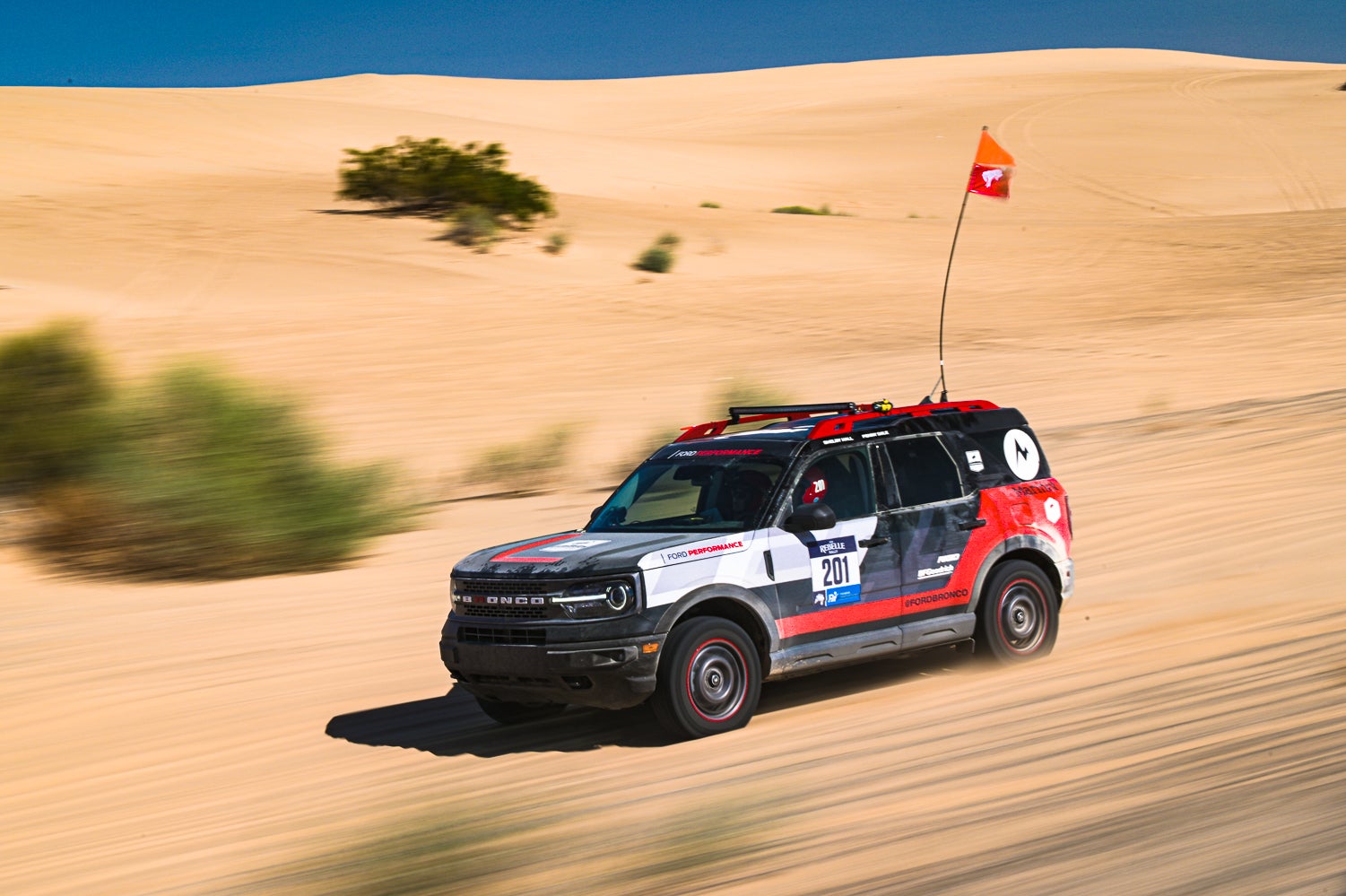 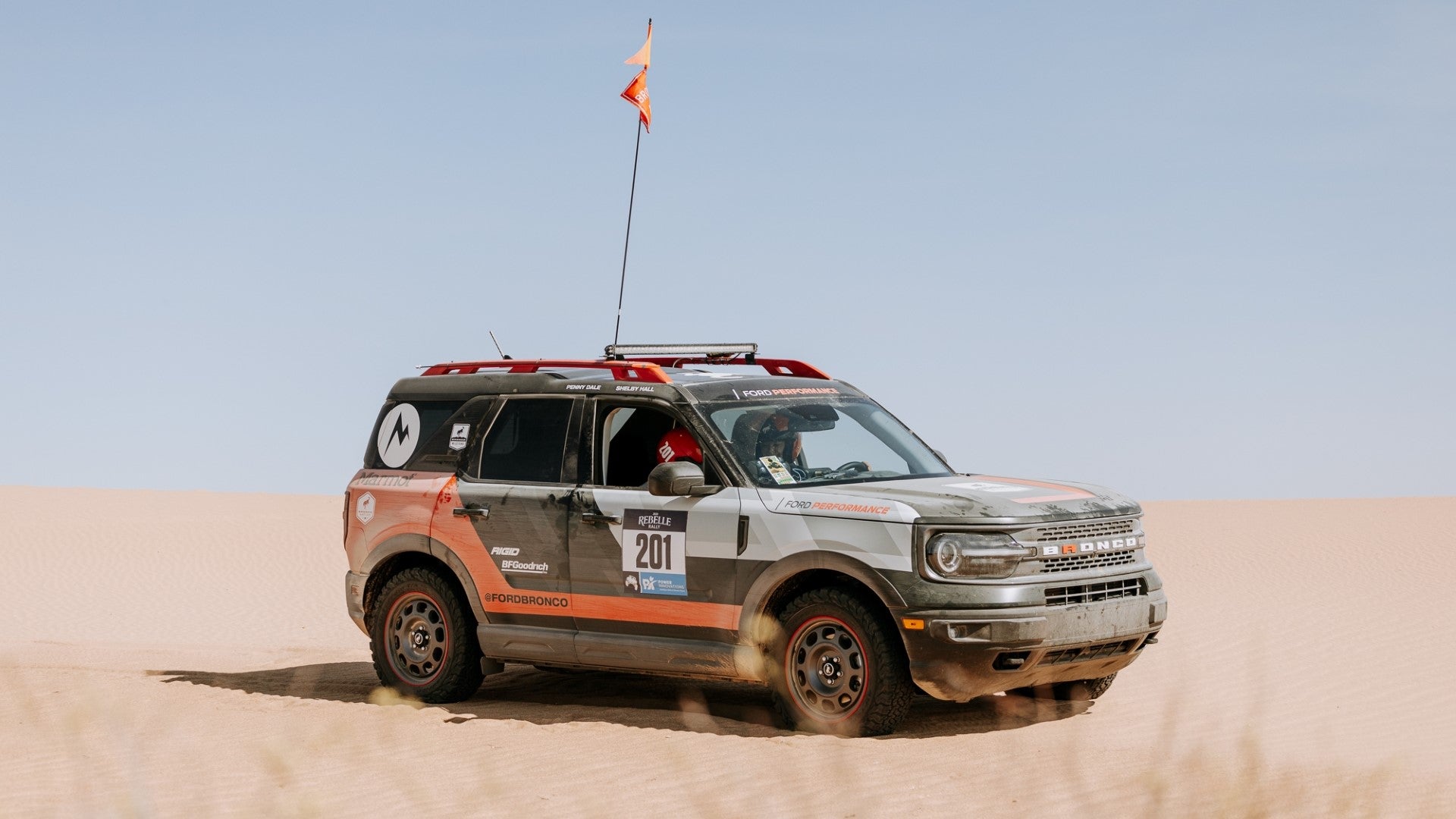 The event also saw the first-ever appearance of the Rivian R1T electric pickup truck, which was driven and navigated by fellow journalists Emme Hall and Rebecca Donaghe. The long-anticipated EV managed to finish in the top 10.