Since all we have is Ford’s word to go off of at the moment, there are still some questions about the 2022 Ford F-150 Lightning and how it tows. Its 10,000-pound max capacity isn’t in doubt—it should be plenty capable of that. But pickup drivers are curious about range when loaded, as well as cold and hot weather performance with batteries that are typically more affected by temperature than gas or diesel engines. These photos and clips show that Ford thought of that too, testing the F-150 Lightning at its listed max in some of the toughest towing situations.

A team of Blue Oval engineers took the truck to Colorado’s incredibly strenuous Ike Gauntlet in the winter, as well as Nevada’s Davis Dam in the summer, seeing temps between -2 degrees and 118 degrees Fahrenheit. 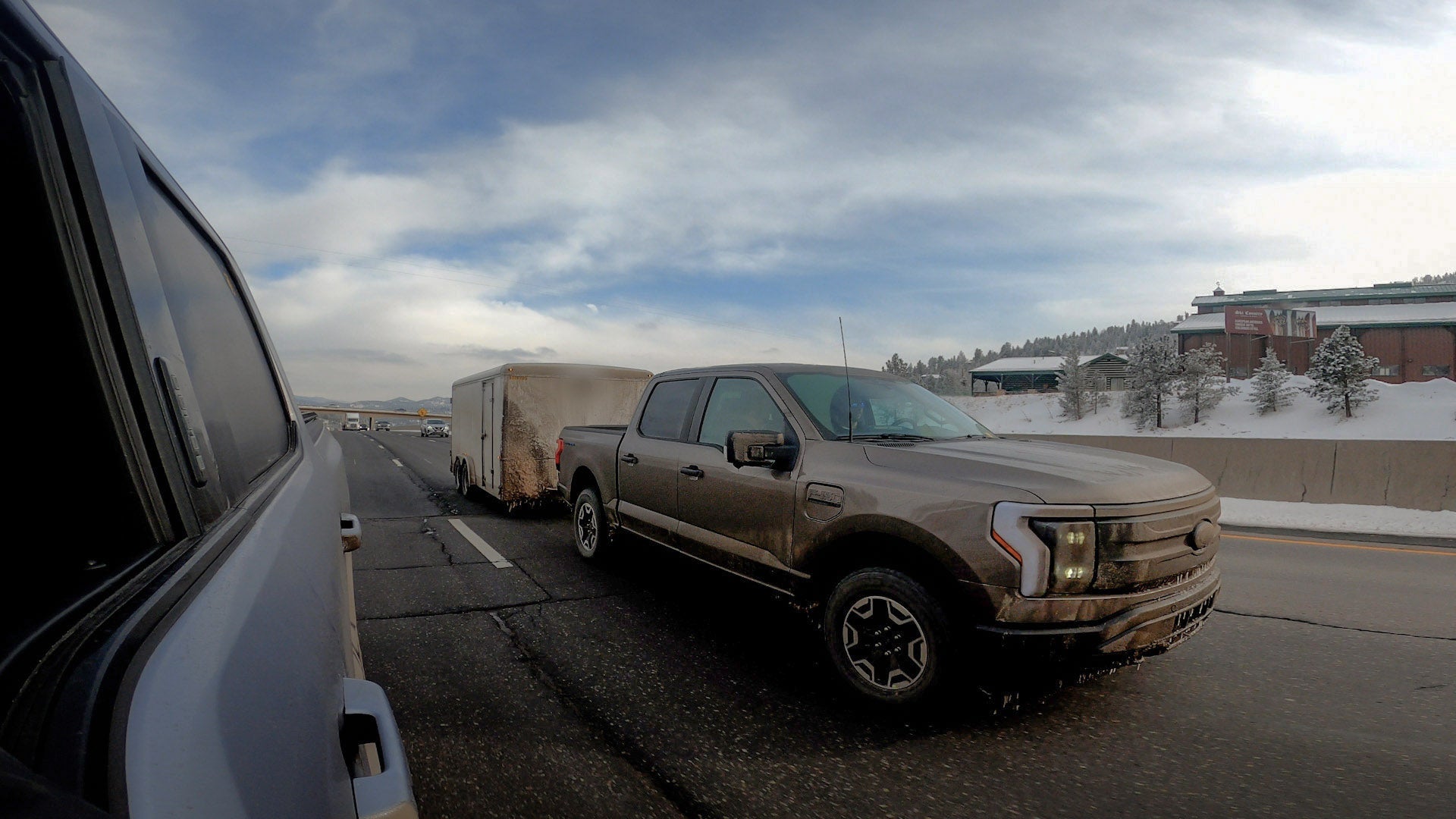 The Ike Gauntlet is an eight-mile section of Colorado’s Interstate 70 that features a steady seven percent incline, leading up to an elevation of 11,158 feet above sea level. It’s a popular testbed for automakers and media outlets alike as they punish trucks there, oftentimes with trailers attached. The trailers used in Ford’s test were tandem-axle setups loaded to 10,000 pounds and measuring 24 feet long.

Ford says two inches of snow fell during the excursion, and you can tell there was plenty on the road already. This means it also served as a test for the F-150 Lightning’s full-time four-wheel drive, then, which Ford has already been working on in Alaska. While 563 horsepower and 775 pound-feet of torque sound awesome on a spec sheet, it requires complex drivetrain programming to ensure it’s actually putting that power down and not spinning the wheels like crazy on snow and ice. Then, on the opposite side of the weather spectrum is Davis Dam. It’s located between Las Vegas and the Hoover Dam, on State Route 68, where temperatures hit 118 degrees during Ford’s testing. The team drove multiple loops around the dam, climbing from 550 feet of elevation to 3,500 feet and then descending, which can be just as taxing on a truck. It’s a unique scenario when towing with an EV like the F-150 Lightning, though, because it uses regenerative braking to feed charge back into the battery. While the trailer brakes certainly take on some of the load, it can actually help recover the range you lost going up the climb.

Ford didn’t have any specific range stats to share from these tests—I asked. In the photo of the digital gauge cluster above, though, you can see the battery is just above half-charge and it’s reading 128 miles remaining. The range when towing is significantly lower than the 320-mile EPA-estimated max of some models, but then again, internal combustion trucks see huge mileage drops when they’re working, too. The difference right now is infrastructure, not only regarding how quickly an EV can recharge but also how easily one with a trailer can slot in.