President Biden’s announcement yesterday of a ban on U.S. importation of Russian oil in response to that country’s invasion of Ukraine may have put a few big SUV and truck owners on Cars.com to look for more fuel-efficient alternatives. In the past, big spikes in gas prices have driven buyers toward smaller, more fuel-sipping cars, including hybrids. There’s only one problem.

This time around, there aren’t as many new cars to be found at reasonable prices, and car owners seeking relief from the highest gas prices since the 2008 financial crisis may find themselves stuck for a bit.

“High demand, few options” is how a report in The Detroit News put it today. New car buying has been an incredibly fraught process since the COVID-19 outbreak in 2020 sparked a series of global supply chain disruptions and a semiconductor shortage, leading to increased demand, few new cars on dealer lots and the average new vehicle price in America rising to $46,085 in February. (Which, as mind-blowing as that is, is actually down a few thousand dollars from December 2021’s peak.)

Historically, large shifts in gas prices have led to changes in both product strategy by automakers and changes in consumer demand. The post-World War II gas shortages in Europe and the Suez Crisis of the 1950s led to the rise of more efficient vehicles there like the Fiat 500 and Mini Cooper. During the oil shocks of the 1970s, American buyers put brands like Honda, Toyota and Datsun on the map when they flocked to smaller Japanese vehicles. And in the 2000s, then-record-high gas prices led to the rise of hybrid cars like the Toyota Prius and even some early modern EVs. 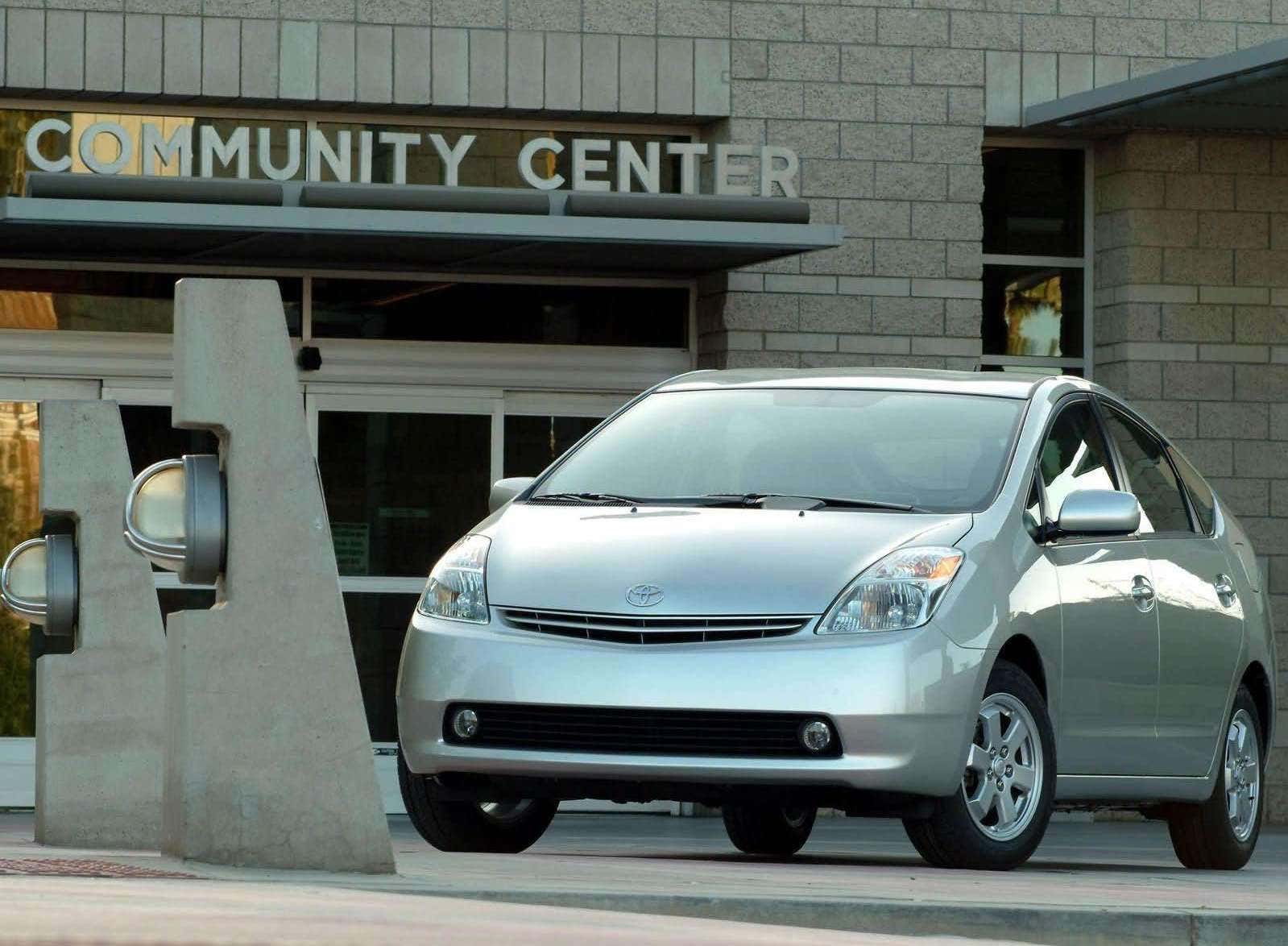 The Prius in its arguable heyday.

But if buyers want any such options in 2022, they’re not completely out of luck—but they will have a hard time finding what they want. Car dealers don’t have a lot of inventory right now, full stop. “We haven’t got any supply, really, of anything—but certainly very low supply… of electric or hybrid,” Jim Seavitt, owner of the Village Ford dealership in Dearborn, told The Detroit News today. “The main thing is, they’re not going to get one (a new car) for quite a while. It’s not as easy as it was years ago to switch to a smaller unit. Most of our vehicles are SUVs that are pretty big, and trucks.”

To Seavitt’s point, while modern trucks, crossovers and SUVs are vastly more fuel-efficient than they were 20 years ago, these days, they’re almost the only options for buyers. Calling it a “permanent market shift,” automakers in recent years (especially the U.S. ones) have tripled down on bigger cars, often canceling their lineups of small sedans and hatchbacks entirely. This, too, has had a not-inconsequential impact on new car prices, since even small crossovers are generally more expensive to buy than economy hatchbacks. The longer these new super-high gas prices continue, the more it could end up a referendum on automakers’ assumptions that gas prices would stay low forever.

It’s too early to say whether the Ukraine crisis will lead to a long-term uptick in gas prices or if this spike will be a relatively temporary one. (And as we noted yesterday, the Ukraine war could lead to other disruptions around other necessary materials for cars, like palladium.) But gas prices were already high before the invasion happened, so it’s plausible to guess that this moment will lead to a bigger push toward adding hybrid power to existing crossover and truck models, rather than a pivot back to making the Ford Fiesta and Chevy Spark. That’s what Carla Bailo, president of the Center for Automotive Research, told the News today: “They will try to quickly make sure all their SUVs, all their crossovers have hybrid availability, and then they price those properly for the average consumer.”

Longer-term, if these prices continue at their present levels, it could lead to increased demand for fully electric vehicles, too—which fits nicely with most automakers’ aggressive push toward EVs. Chevrolet alone has multiple new EVs planned in the coming years, and Toyota claims it has 15 electric sedans, crossovers, SUVs and one sports car due for production. And newcomers like Lucid and Rivian are only getting started, though their offerings tend to be on the more expensive side, at least at the outset.

That doesn’t help car owners struggling with gas prices right now, in addition to the sky-high cost of everything else, however. The used car market offers little relief, too, with prices for those up 40 percent year-over-year.

In other words, if the latest gas-related global crisis has you wanting to dump fossil fuels for good—or at least pivot to hybrid power—you may be stuck waiting for a bit. Until then, there are still some options for new and used car buyers willing to be strategic and flexible on what they’re getting.

Do these developments have you considering a more fuel-efficient or electric option for your next purchase?

Got a question for the author? Hit me up at [email protected]