In case you don’t remember the 90s, Brian “Mr. Regular” Reider will jog your memory with this cool 1995 Toyota Sera. The YouTuber bought the butterfly-doored Sera in Atlanta a year ago February, and has apparently wrung all of the fun out of that he wants to have. More than 11,000 miles later, Reider is selling this gem on the Cars and Bids auction site at no reserve.

Powered by a 1.5-liter inline-four developing 108 horsepower and 97 pound-feet of torque, the four-door hatchback coupe is mechanically similar to the Tercel and Paseo of the same model year. However, it requires high-octane fuel (“At least 91 octane,” Reider says, although it’s clear 93 is preferred) to coax the Sera to its full potential and it redlines at 7200 rpm. In 1995, the I-4 was mated to a five-speed manual or four-speed automatic transmission and weighed only 1,962 pounds. 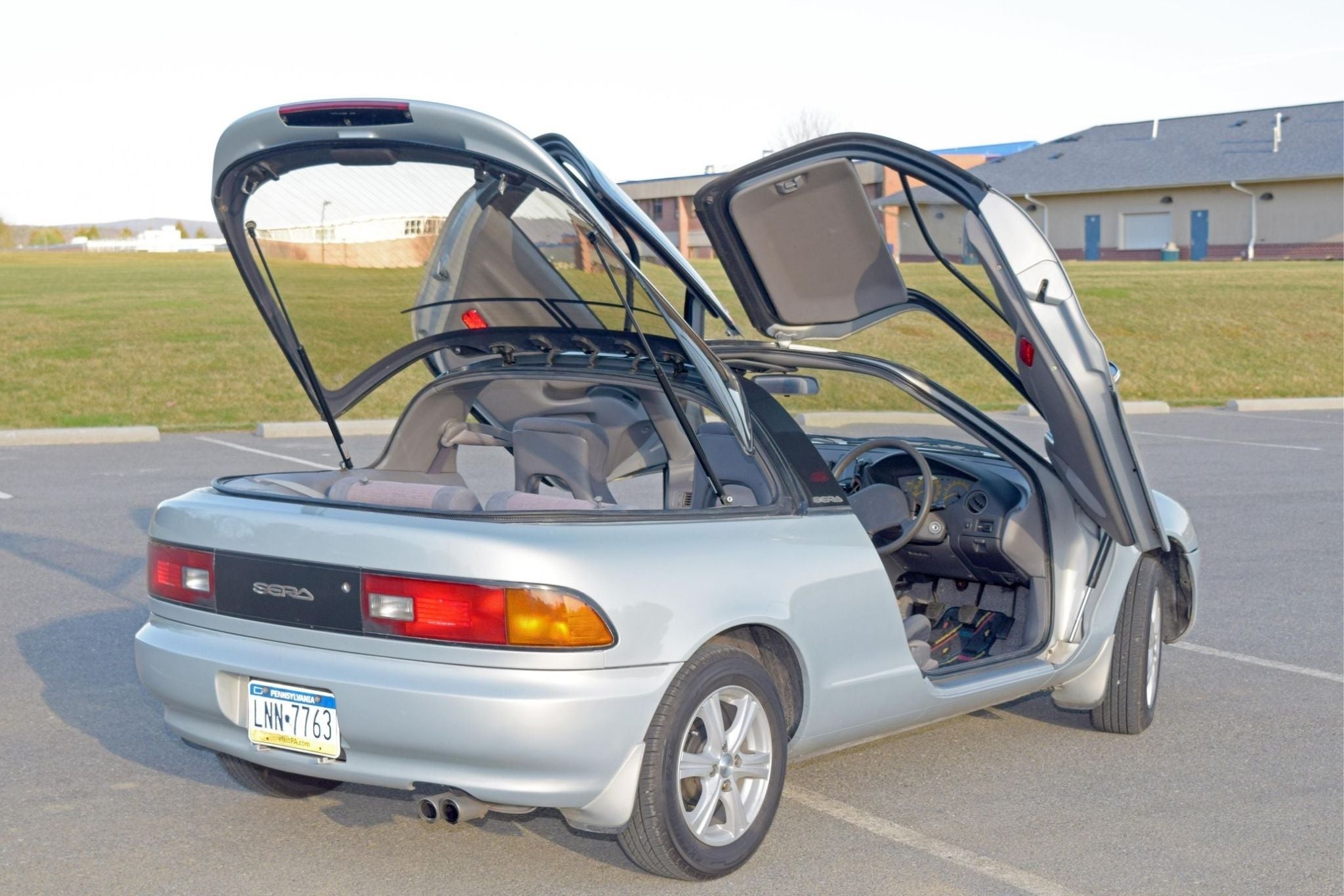 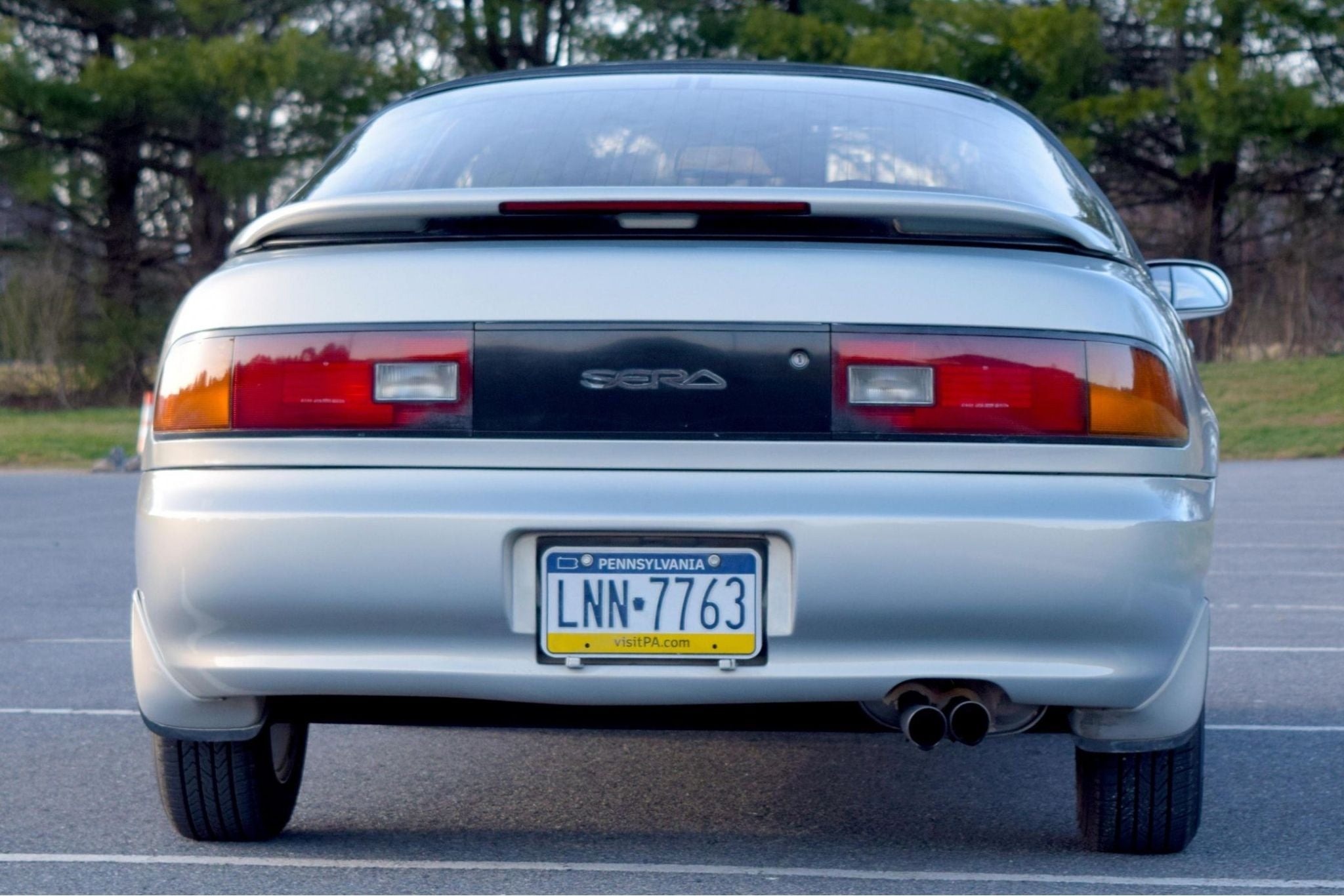 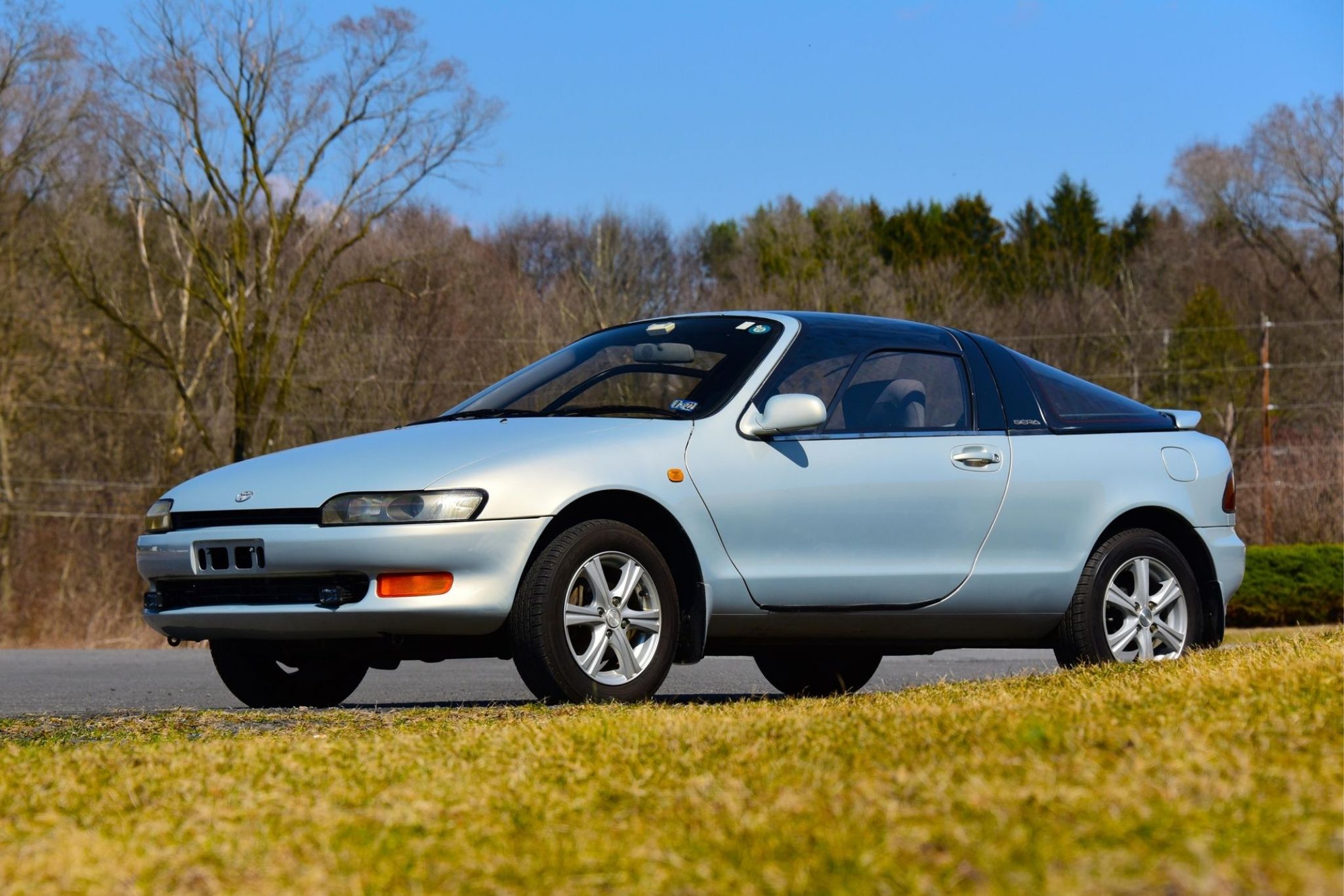 The rarely-seen Sera debuted in 1988 as the Toyota AXV-II concept car. It launched as a production vehicle two years later and was manufactured until 1996. Only sold in Japan with right-hand drive, less than 16,000 of these cars were made and Reider says only 1,000 were built with the C155 manual transmission. Out of those, less than half are believed to be here in the United States, and one of those is the one up for auction.

“The Toyota Sera is a very interesting car, touting head-turning styling thanks to an interesting wraparound rear window and unusually-designed door glass,” says Cars and Bids owner Doug DeMuro. “But the best part is unquestionably the famed butterfly doors, which served as the inspiration for Gordon Murray when designing the McLaren F1’s doors.”

It is, indeed, interesting with its unusual bubble canopy, glass hatch, and skinny headlamps. And wait until you see what Reider calls “striking pattern floor mats” inside. They’re 90s-licious. Even the name of the model has a story: Toyota says Sera is the future tense of the French word etre (to be). Now my French classes and verb conjugations are all coming back to me. 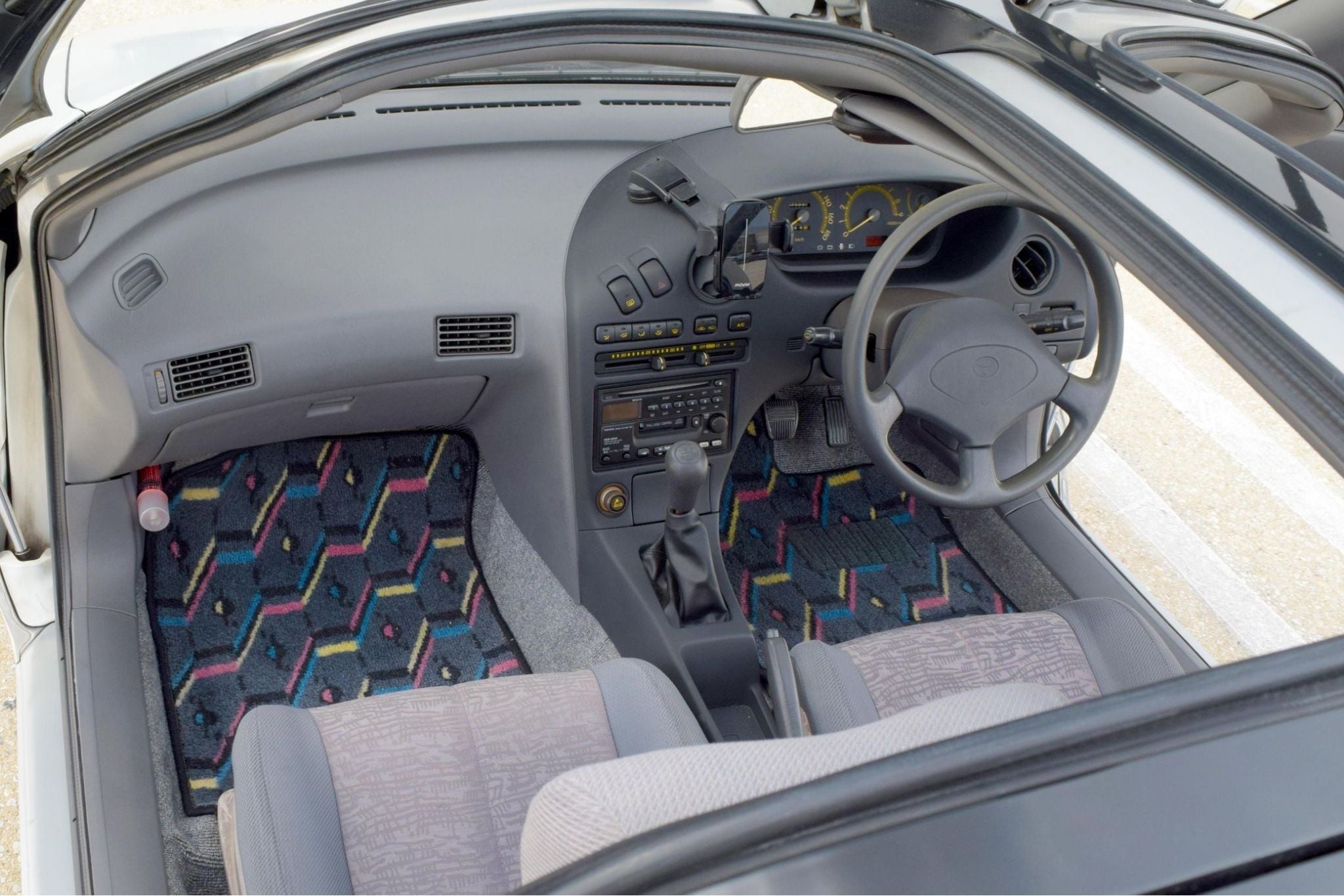 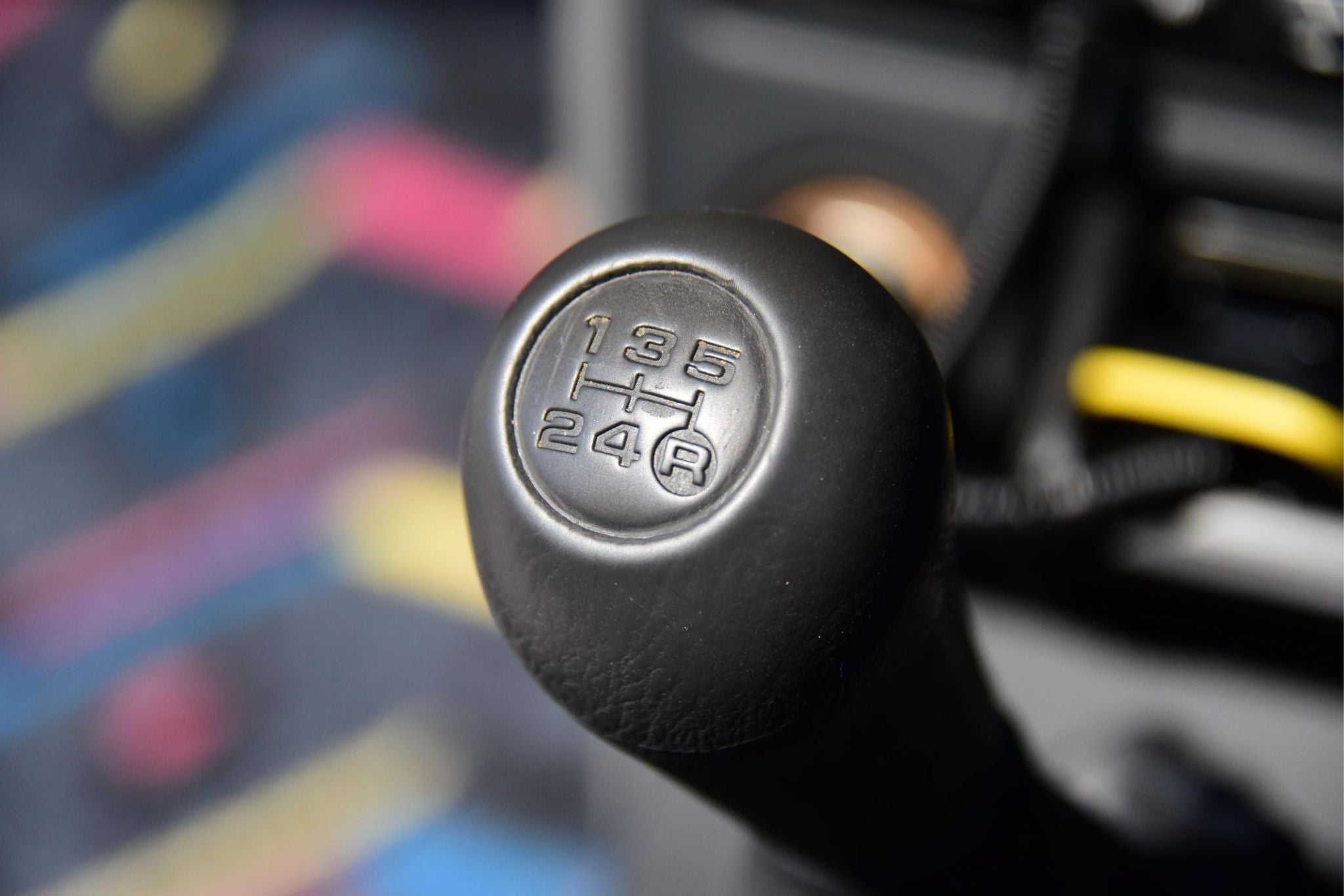 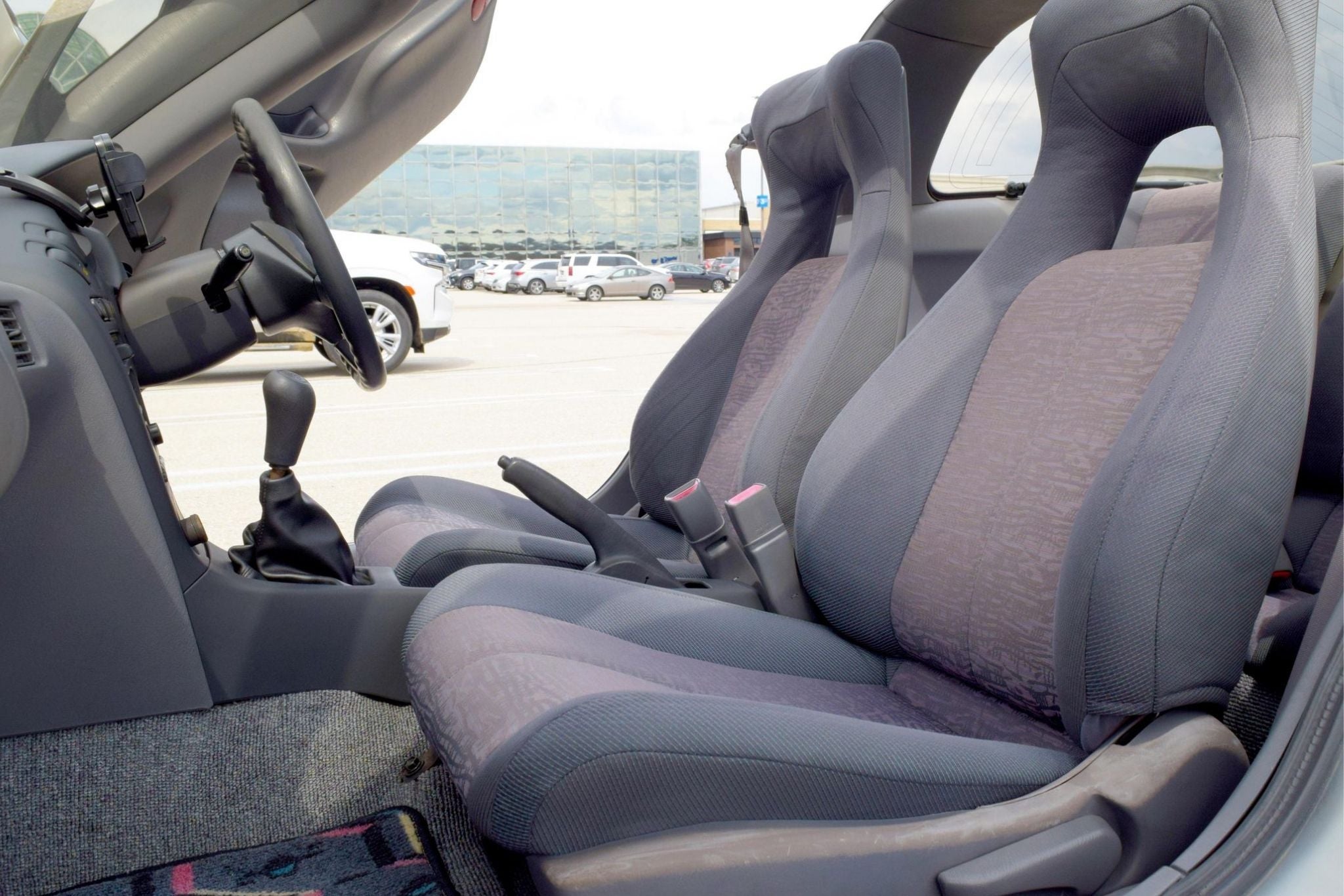 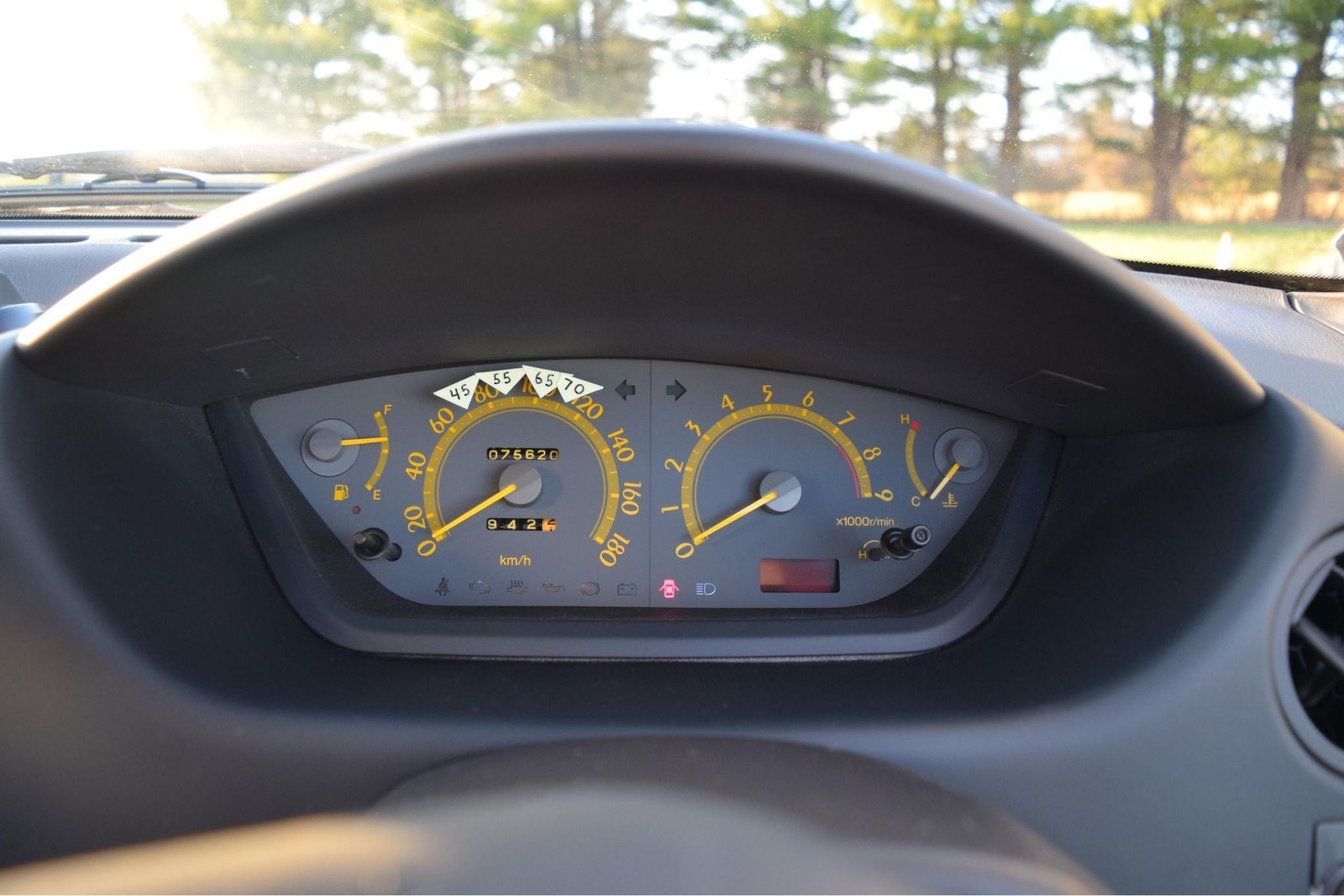 This coupe has a few flaws in the design, especially the massive blind spot that is the B-pillar. You’ll notice in the photos that the speedometer is set up with the metric system, and Reider helpfully added what looks like stickers to mark the corresponding miles per hour. In total, the car only has 75,700 kilometers on the clock, which is roughly 47,100 miles. However, while it’s for sale Reider is still driving it regularly so he may have added a few more.

The YouTuber is up front about the full list of flaws, most of which are cosmetic in nature. In the walkaround video he posted to his channel, he doesn’t pull any punches and especially hates the original headlights. “These headlights suck ass,” he says. “They’re terrible. Very early technology. Very terrible.” He also gives instructions on how to plop yourself into the car without contorting your body, which is entertaining.

For a 27-year old car with some wacky-cool butterfly doors that still work, it’s really in pretty good shape. Although Bring a Trailer has skyrocketed in popularity in the last several years, Cars and Bids is focused on a hot segment: vehicles from the 1980s to now. Sellers don’t pay anything to list, compared to BaT’s $99 fee. Since this Sera has already been imported to the U.S. and comes with a U.S. title, it’s clear to drive here and should be an easy transfer if you were to buy it. Currently, the high bid stands at $12,400 with two days to go.