Dwayne “The Rock” Johnson wanted “to do something BIG… something MASSIVE… something unforgettable” for one fan at a screening of Johnson’s new movie
Red Notice. The fan, Oscar Rodriguez, was hand-picked by Johnson himself because of the kind things Rodriguez does in his community for the big payoff: he drove away in The Rock’s own custom Ford F-150 Raptor.

In an emotional and touching video, Johnson calls Rodriguez up to the stage at the screening and highlights all of the good things the Navy veteran does for others. Then he brings Rodriguez outside, where he opens the door of his truck and hands the fan a hand-written note that read “thank you for your service, brother. Enjoy your new truck.” 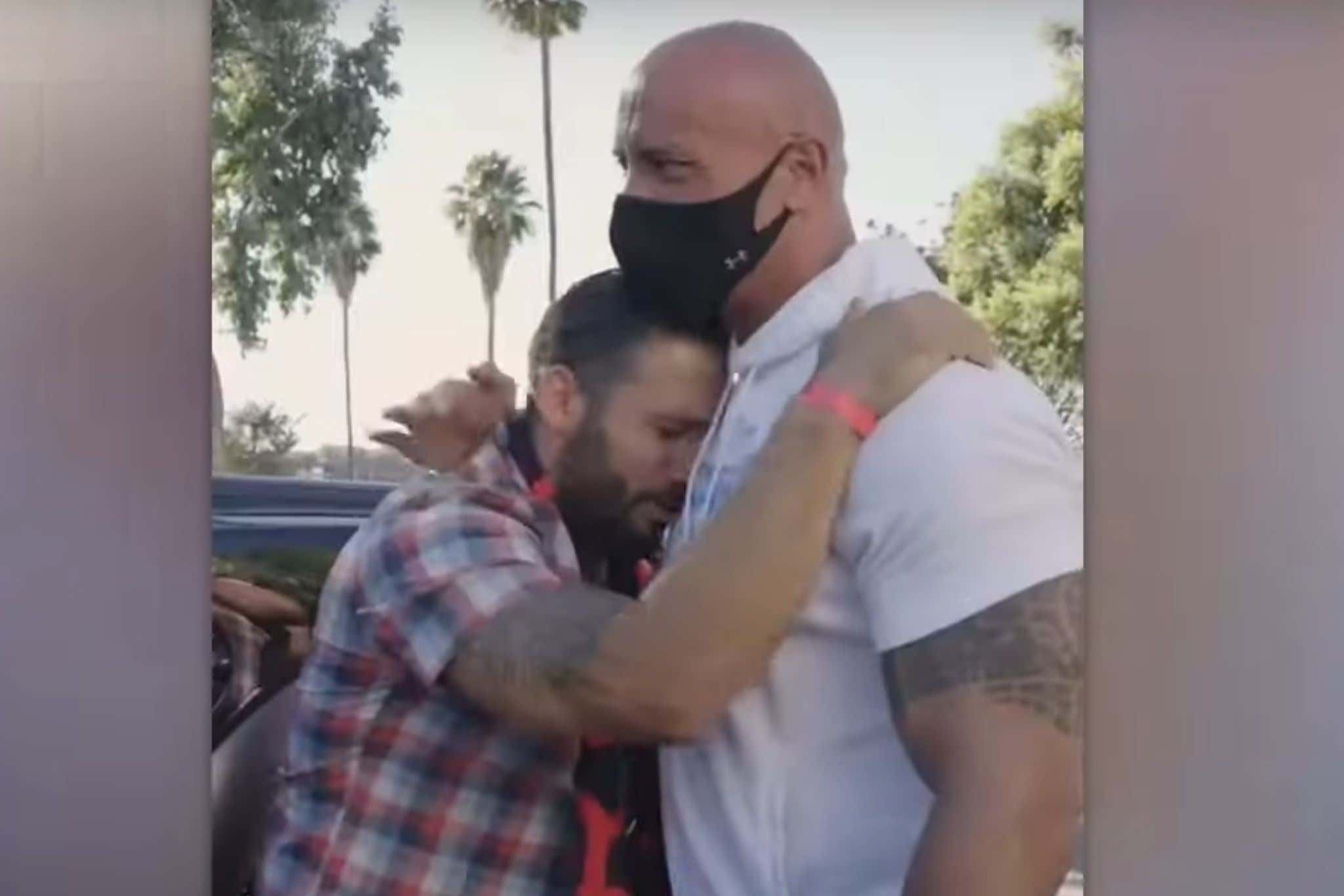 “My original idea was to give away the Porsche Taycan that I drive in the movie Red Notice,” Johnson posted to Instagram. “So we reached out to Porsche, but they said no. But I still said, yes. I’ll do one better. I’ll give away my personal custom truck as the gift. My baby. I gathered as much information as I could about everyone in the audience and ultimately, Oscar’s story moved me.

Johnson has come a long way since his first career as a wrestler/entertainer with the WWE. His charisma, chiseled physical presence, and arched eyebrow brought him to Hollywood, where he snagged a role in The Mummy Returns in 2001. Then, of course, he starred in several installments of Fast & Furious movies. Personally, I thought he was spectacular in the Jumanji remake and my nieces loved his voice in the Disney animated flick Moana.

“It’s an honor for me to give a little joy to a dude who probably deserves a lot more than just my truck,” Johnson said in an interview with ABC 7. And then he flashed his trademark smile: “Now I can figure out how I’m getting home.”