There’s something about an off-roader built for a super-specific purpose that gets the imagination going. Simply knowing that an 8×8 ambulance exists is enough to make you wonder—where is this thing used and how often? Machines like this can kindle a desire for adventure in a rugged, far-off land; one where people might need everyday machinery as capable as the Praetorian 4×4 school bus.

Built by Czech off-road specialists Torsus, the Praetorian is a heavy-duty, all-terrain bus built on a chassis from commercial truck-maker MAN. A 6.9-liter turbodiesel inline-six engine sends 290 horsepower and 848 pound-feet of torque through a nine-speed ZF manual transmission to an electronically controlled transfer case, which forwards motive force to both axles. If you want more gears, there’s also a 12-speed ZF automatic optional. 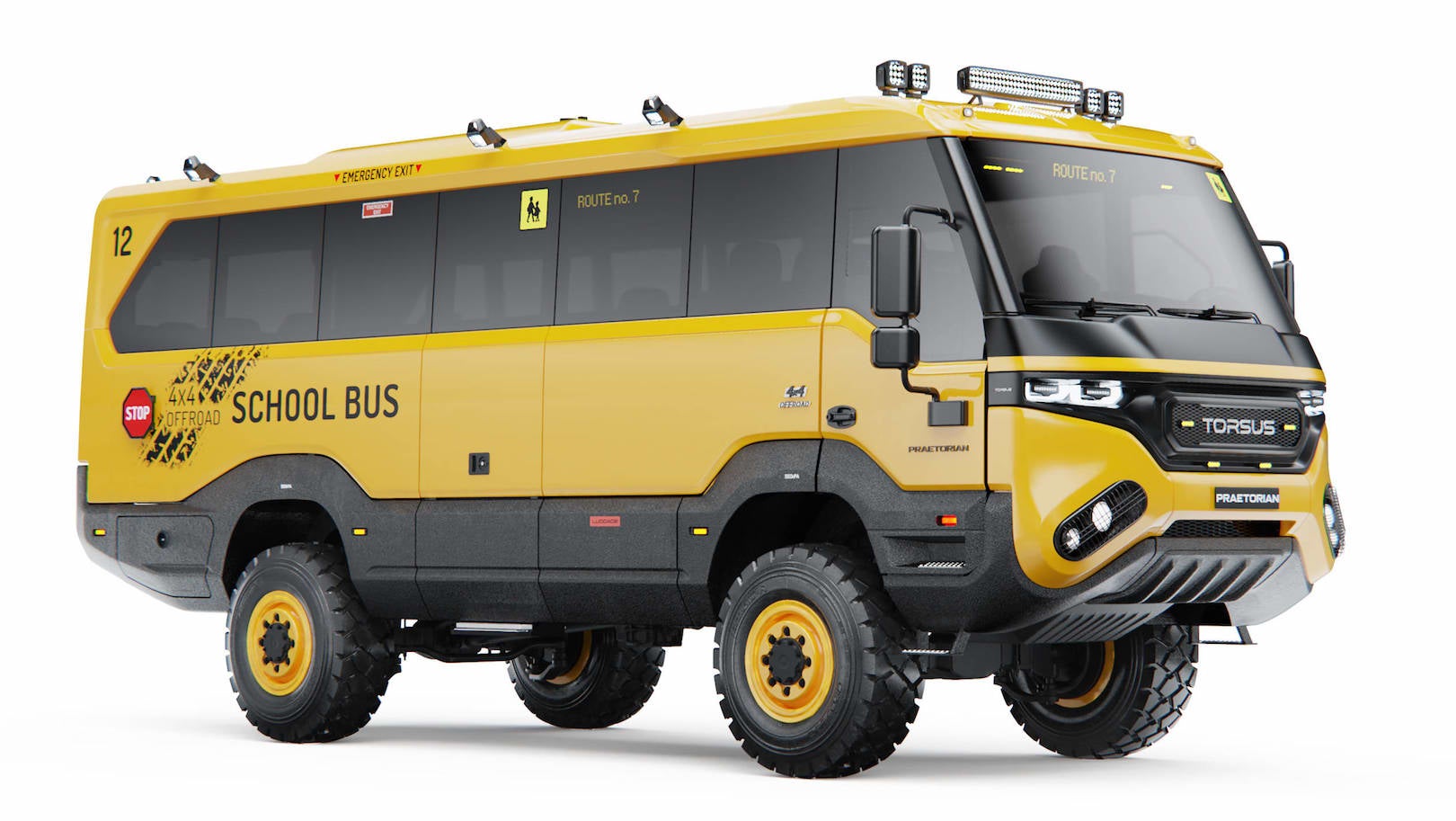 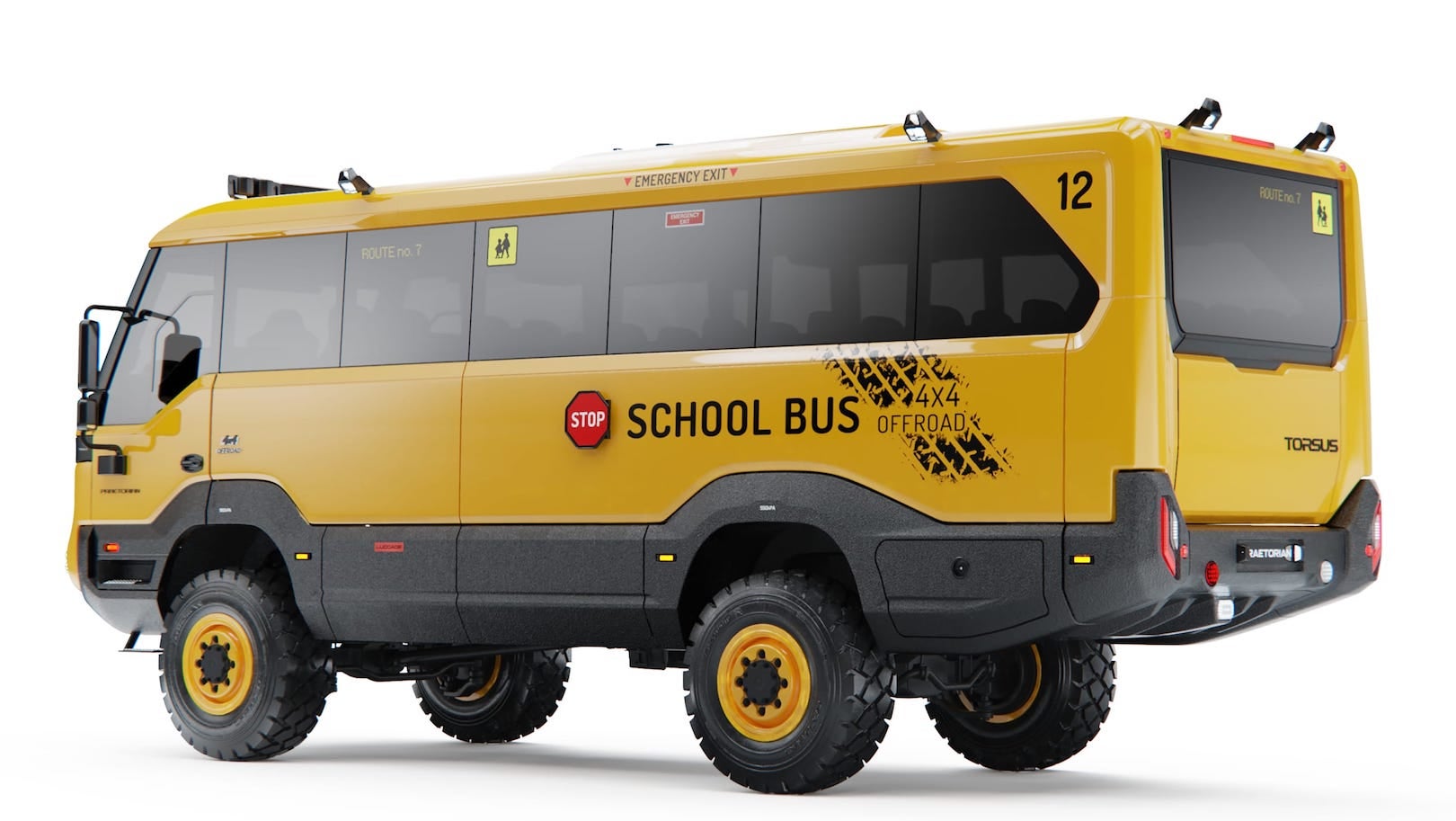 And now, in addition to serving every role from rescue to riot control, Praetorians can make the school run. Not a whole lot differentiates this newcomer from preexisting Praetorian variants—just the basic school bus accouterments. It has that signature bright yellow paint job and seating for 35 kids.

Said seats are decorated with mathematic and scientific motifs, coated in a protective polymer, and can be optionally upgraded with folding armrests and hip supports for aisle-sitters.

It’s hard to imagine a bus like this being of much use outside somewhere like Alaska or Siberia, but its existence will surely come as a relief to a district whose Bluebird or Thomas just isn’t cutting the mustard in the snow. Now they just need to scrape together the money for one of these built-to-order off-roaders, which as you’d predict don’t come cheap.

Torsus didn’t specify pricing for the school bus variant, but empty shell Praetorians start at $181,000, and the existing Transporter bus runs just over $196,000. That’s more than double what American school districts spent on the average new bus in 2019 according to School Transportation News, though it’s a small price to pay for an educated populace. 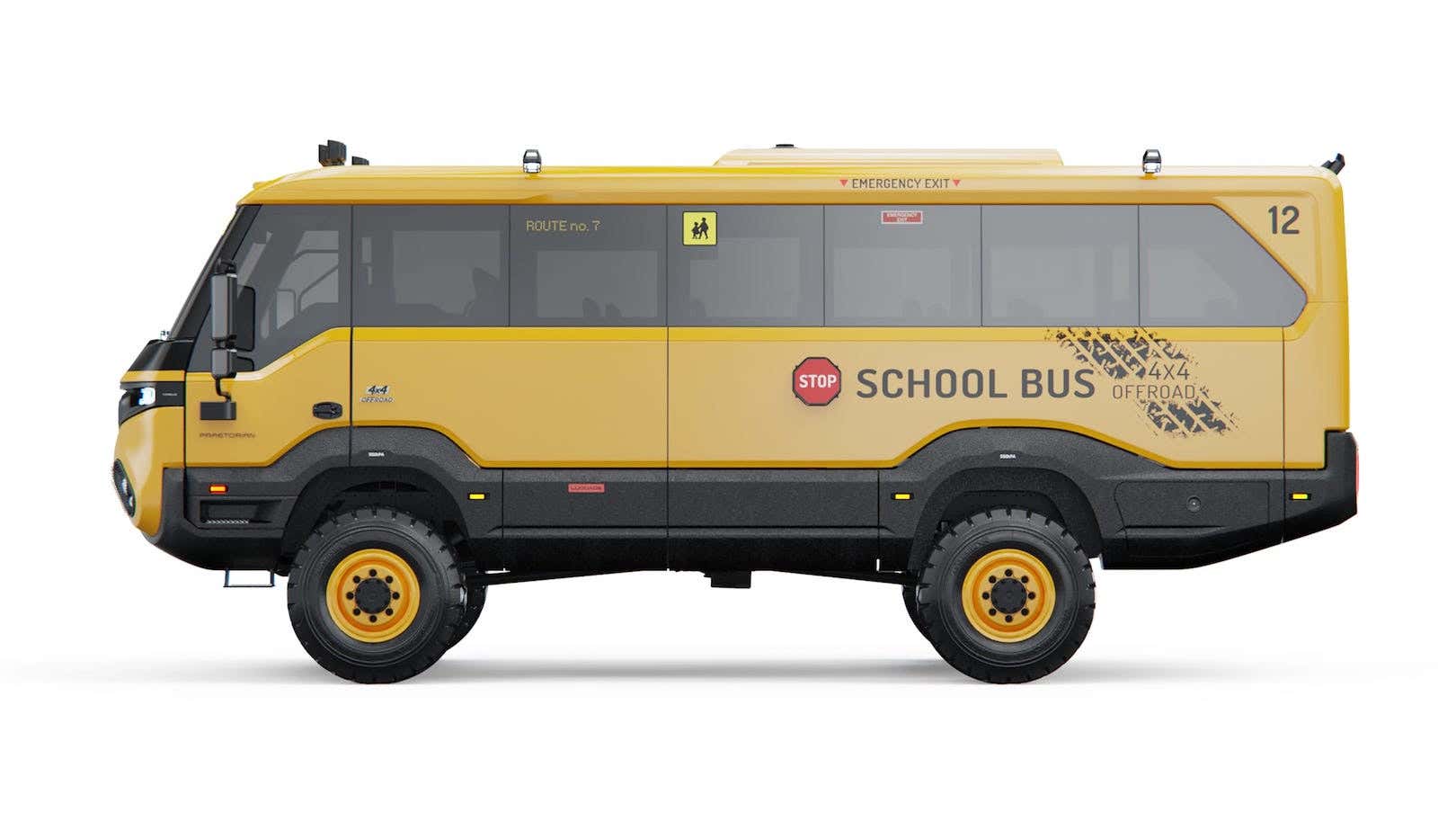