It takes only a bit of foolhardy bravery to get a big truck stuck where it doesn’t belong—just ask the owner of that Jeep Wrangler that got caught on a bike trail. And while recovering said Jeep took a handful of other Jeeps and a couple dozen helping hands, it may be a tougher task to remove this 30-foot box truck abandoned 12,800 feet up the Rocky Mountains, where it straddles a 4WD-only, back-country trail.

According to The Durango Herald, the truck is thought to have departed Silverton, Colorado last Friday for Lake City via the Alpine Loop, a 63-mile unpaved route connecting Silverton and Lake City to Ouray. Though Colorado.com advises taking “a higher-clearance vehicle” with four-wheel drive to tackle the terrain, it seems this box truck’s driver learned about the rough roads the hard way and got the truck stuck while attempting to turn around near the top of Engineer Pass. 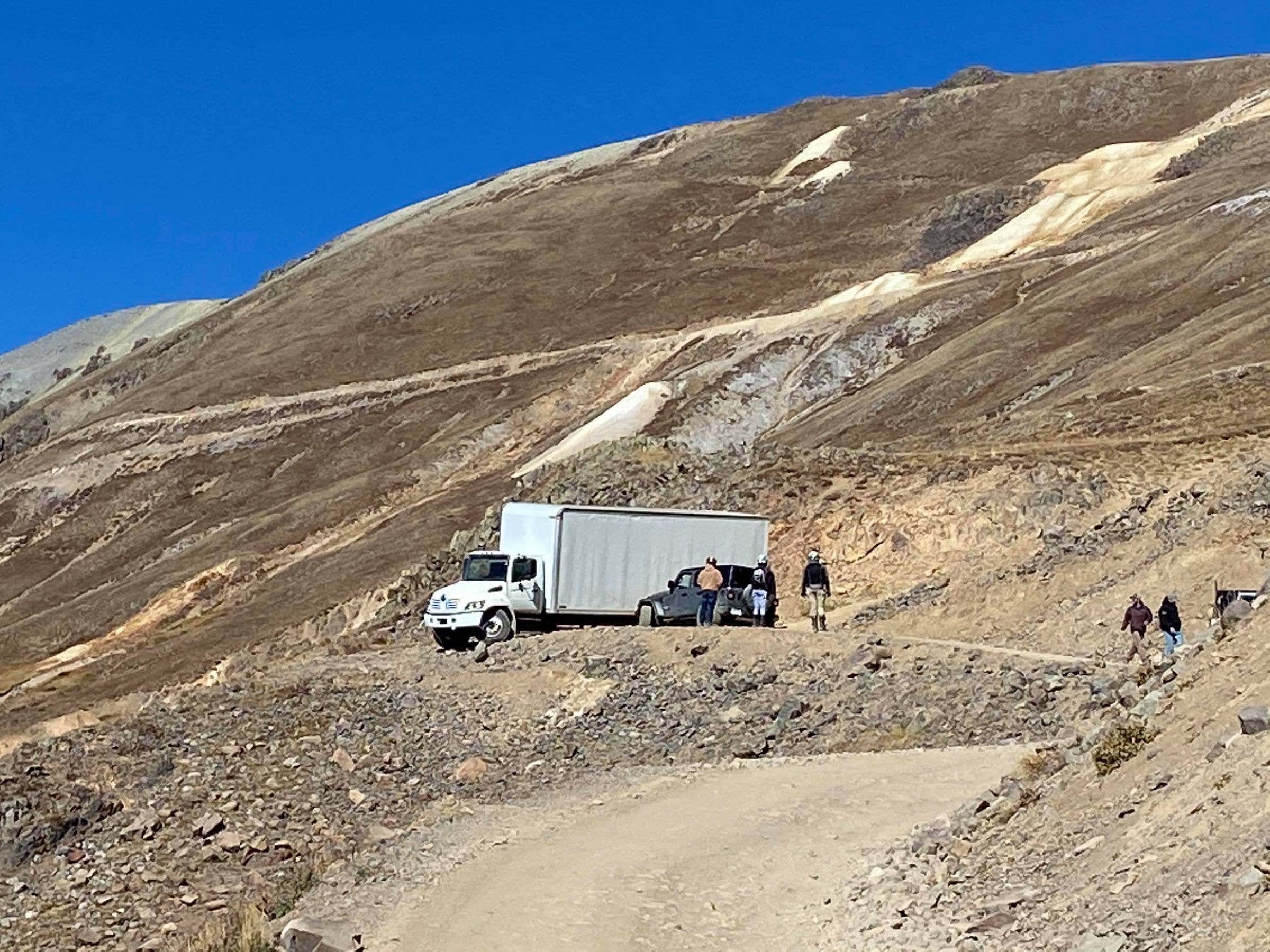 Box truck stuck on Engineer Pass in the Rocky Mountains

The scene was discovered and photographed by Silverton local Thomas Livingstone, who was riding dirt bikes with his brother home from Lake City on Friday morning. Livingstone told The Drive that the truck wore Colorado temp tags and that its driver was already absent, having presumably hitched a ride back into town.

He added that while the truck wasn’t fully blocking the road, and that “Jeeps and RZRs were getting by,” he had heard rumor of San Juan County closing the road for recovery. This is not supported by the San Juan Forest Service’s alerts bulletin, suggesting the road closure may be a myth or that the recovery is already complete—we’re waiting on official comment from the Forest Service.

“How they got that far is beyond me,” commented tow truck driver Wayne Barger in The Durango Herald, who said that the truck’s operator—implying it to be a rental—was “very upset.”

The truck was still stranded near Engineer Pass as of Monday night morning according to Barger, who speculated its driver got where they were by following a GPS route. Getting the vehicle off the mountain, he guessed, would take the towing service hired for the job several trucks, and likely cost the box truck’s owner several thousand dollars.

“They’re going to need a lot of help. It’s in a predicament that’s really going to cost them,” concluded Barger. “It’s not going to be an easy task.”