For those who’ve ever played Mario Kart, you’ll know that one of the most memorable stages from any of the games is Rainbow Road. Throughout the franchise, the difficult final circuit often looks more like a drug-induced hallucination than a racetrack, but completing it typically demands sobriety. You may think it would therefore be difficult to replicate in real life, but thanks to the magic of RGB LEDs, it’s far from impossible.

YouTubers from Complete Geek TV decided to take a shot at making a real-life version of the track in their basement, and then they used the new Mario Kart Live: Home Circuit game for the Nintendo Switch to then have an actual race around it. Although the track doesn’t follow any of the actual Rainbow Road layouts from the Mario Kart franchise, it certainly looks the part and is built well. A view from on-board the car shows a pretty trippy racing experience. 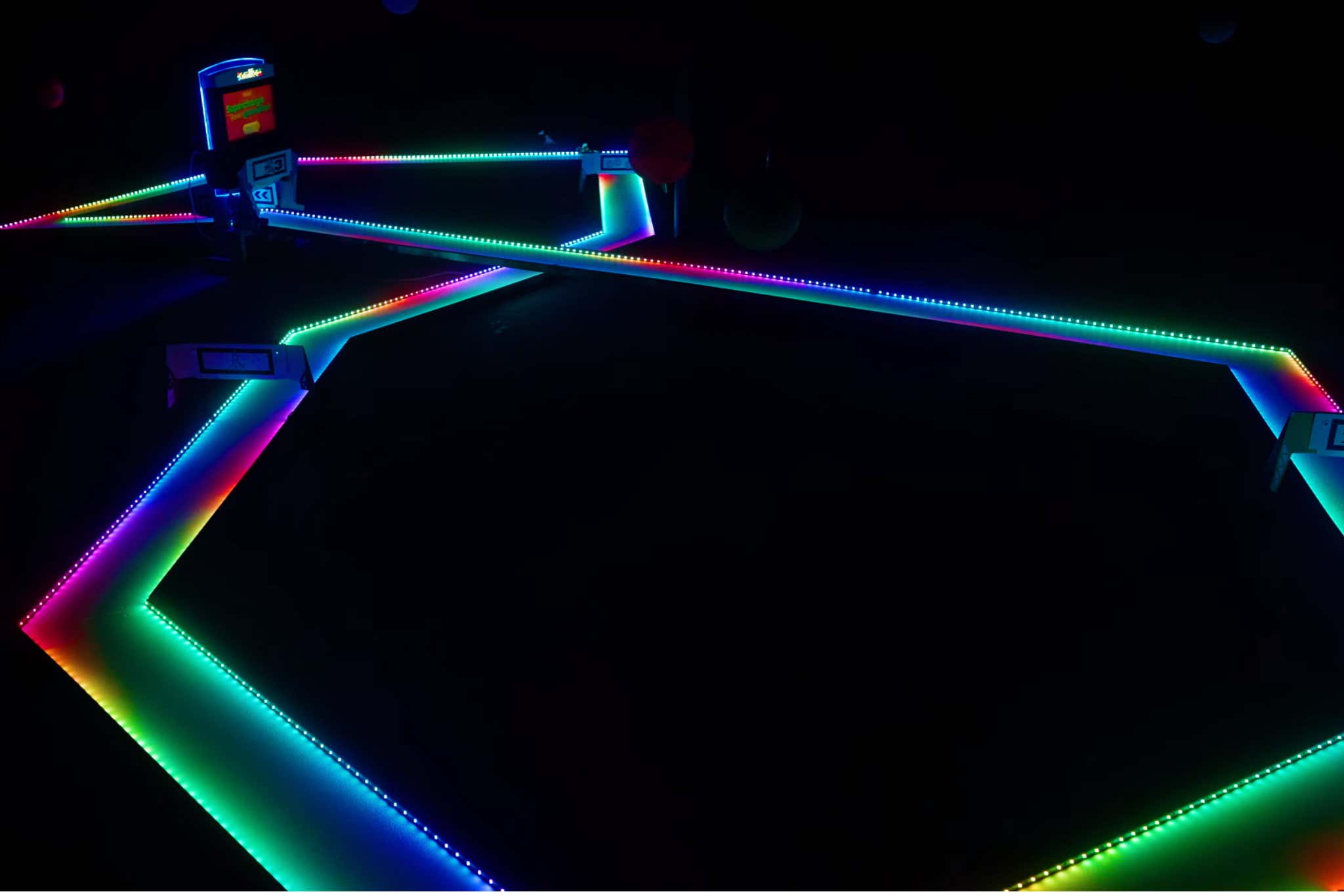 For those who don’t know, Mario Kart Live: Home Circuit is a game for the Nintendo Switch which allows up to four cars to race around a real-life track you build in your house using camera-equipped mini karts that connect to the console. They’re not extremely fast—certainly not as fast as the Indy 500—however, the game uses augmented reality to insert powerups and other fun features to the track in order to spice up the racing. It would certainly be a good buy now, with plenty of people stuck at home during the pandemic.

But let’s get back to the video. The track is basically a big figure eight, with a white road surface reflecting the pulsating rainbow lights which are mounted on the black-colored side rails. It’s a good thing those side rails are there, too. It limits the inevitable frustration of driving off the track in 1st place and blowing a lead harder than the Cleveland Indians in the 2016 World Series.

The hosts don’t offer a ton of details about how the track was constructed, but they do say that it took something like two weeks to complete. That’s a lot of work compared to the tracks people typically set up for the game on the kitchen floor using books and yardsticks, but the payoff is definitely cool. In a comment, they mention that a video on how the track was made is coming, so keep an eye on the channel if you want to see the ins and outs.