Electric vehicles are all the rage nowadays, ranging from $69,420 Teslas to cheap but cheerful Honda Es to weirder, more humble fare like a vintage Jet Electrica 007. Yet there’s one EV we’ve found that out-weirds even a wedge-shaped Comuta-Car, and it’s a giant six-wheeled duck from a Tim Burton movie. Hell yeah, man, that’s the one I want.

Fortunately for anyone else in the market for a grimy ride-on duck, there’s one for sale on Facebook Marketplace for just $16,000. At that price, who would overpay for something like a VW ID.4? This is a smart financial decision, and I am sticking with that take.

The seller calls it “Batduck” (and in what’s probably a typo, “Butduck”), although the duck belonged to Batman’s nemesis, Penguin. It was Penguin’s ride of choice for the movie Batman Returns, and the seller claims that he has one of only seven ducks used in the film.

According to the seller, the duck is powered by an electric motor, and is capable of moving forwards and backwards. The wheel layout reminds me a lot of one of an amphibious 6×6 ATV, which would also make it ideal for traveling through Gotham City’s sewers.

The seller claims that the Spanish company he bought the duck from specializes in movie vehicles, and told him that it was used in the movie, but he doesn’t have any certification proving that.

At least one duck (or prop resembling the duck) was dubbed over with very cartoony, very Tim-Burton-y internal combustion engine sounds and blown to bits, so we at least know that this isn’t that one.

Actually, they were all dubbed over with cartoony engine sounds because Tim Burton is going to Tim Burton. This one for sale appears to have survived, however, albeit with a visible crack on the bottom of the duckie’s front and some extra fading.

This duckie has even upward-turning “billionaire doors”—except they’re duck wings, and they’re used to kidnap billionaires in the film. Clearly, it’s the best way to one-up some Model X nerd’s falcon doors.

You can view the full listing on Facebook Marketplace here. 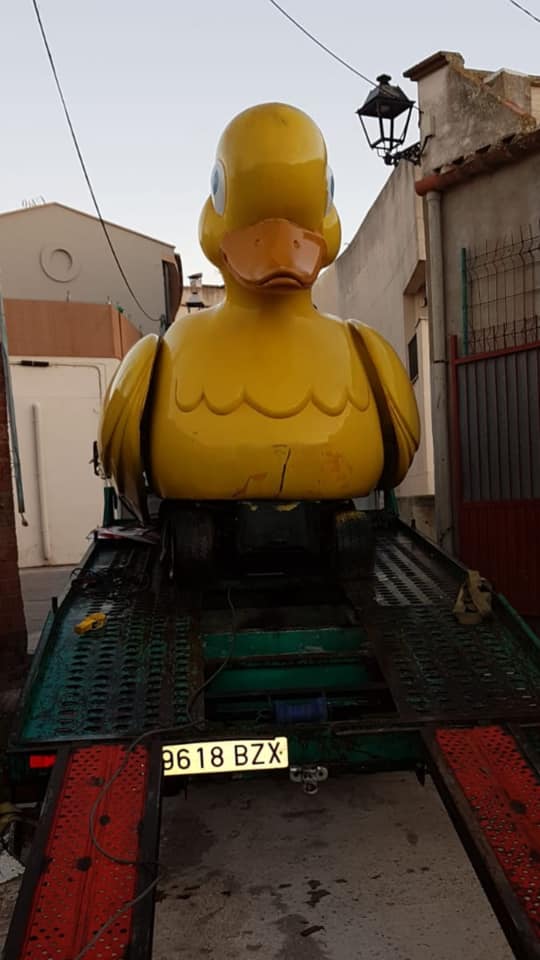 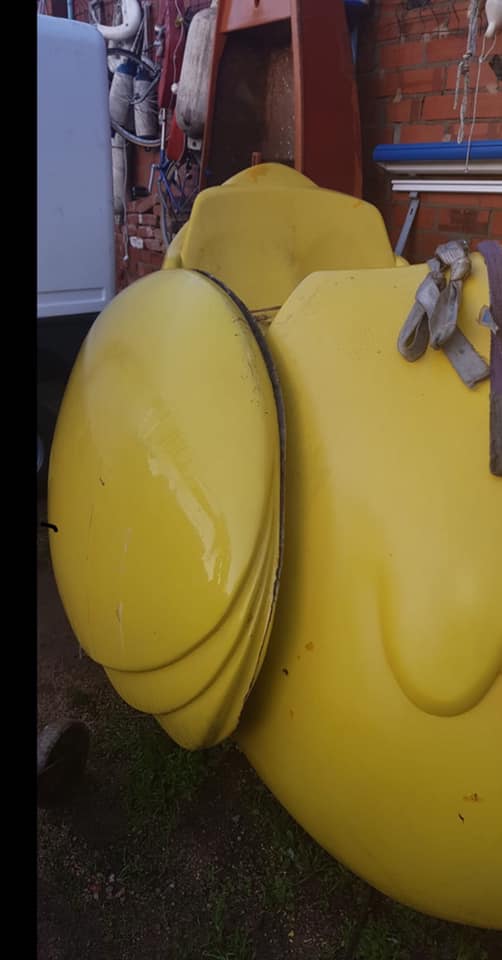