One of James Vitiello’s friends had a 1999 Ford Mustang GT
rolling chassis in his garage and he intended to build a racecar. Family time beckoned, however, and he decided to sell it. Vitiello picked it up as is: no electronics, no fuel system, no transmission, no brake system, no engine. Even the steering column was missing; it was gutted. And he set a goal to have it ready for a track event after 36 days of work. It was unquestionably ambitious, and maybe a little bit nuts.

Vitiello told me in our exchange that he and two friends who race with him did all the work on the car, and together they have taken the Mustang to several races in the past year. Before that first race, they poured a lot of sweat equity into the build, including sourcing parts and fabricating anything they couldn’t get. 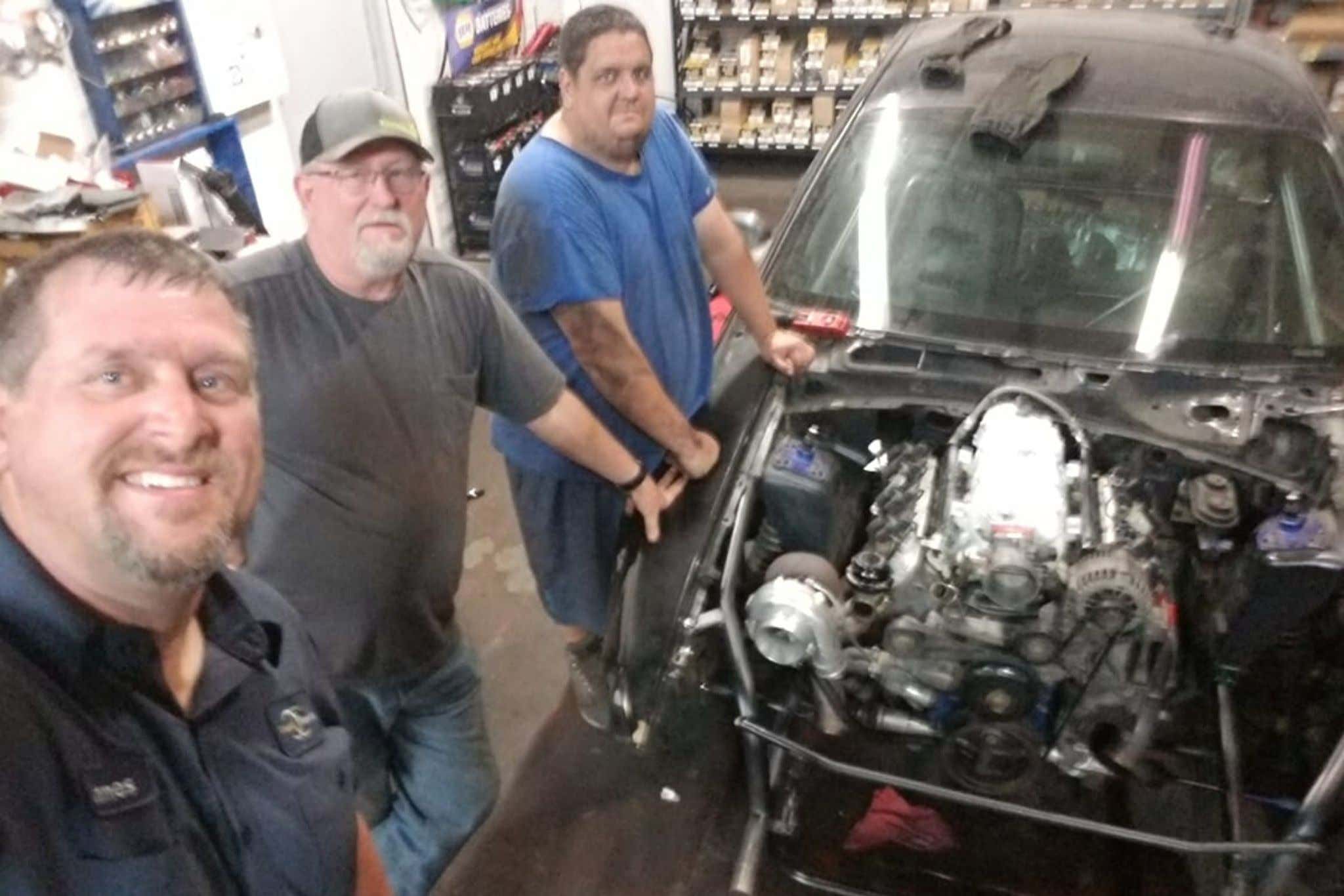 They cut and welded in the roll cage, torque boxes, and tube front end. Then they installed the engine and transmission and plumbed in the fluid lines and cooler. After that came the fuel and engine management system and a custom-fabricated mount for the fuel cell, and they cut and made the -10AN lines to and from the fuel tank and pump. Finally, they had it painted by Body By Crash in Lakeland, Florida.

“We had to fabricate a lot of stuff, install all of the components, and then tune it to run,” he said.

Now the Mustang has a stock bottom end and is powered by a 5.3-liter LM7 the team pulled from a junkyard 2004 Chevrolet Tahoe. It runs a FAST XFI stand-alone management system and has an On3 turbo kit with a 76mm turbo and four-inch intercooler. Vitiello said it runs on E85 fuel and the Mustang runs at low boost (12psi).

“I don’t want to disclose the horsepower, since we grudge race locally,” Vitiello said. “But it goes in the fives on low boost.” 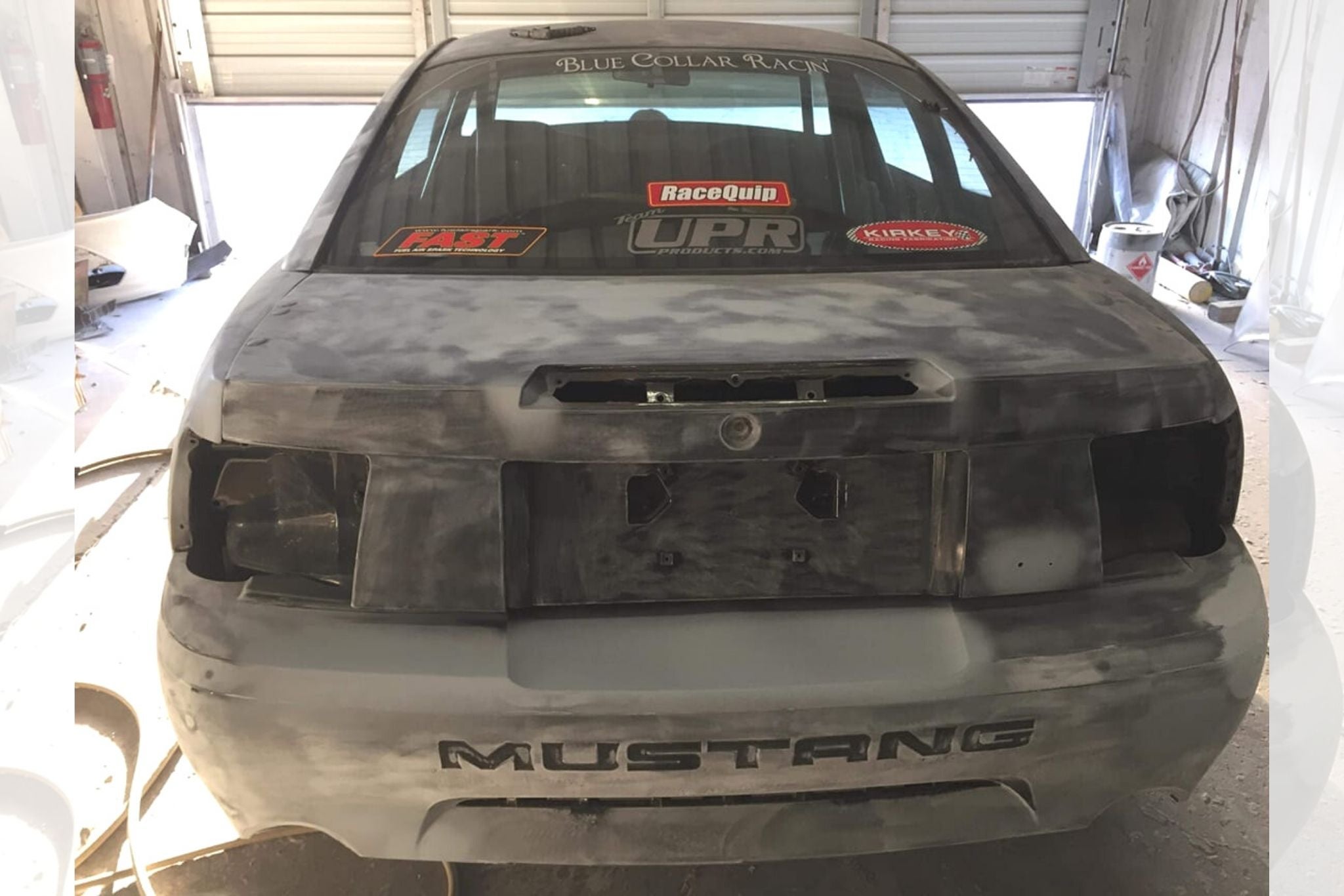 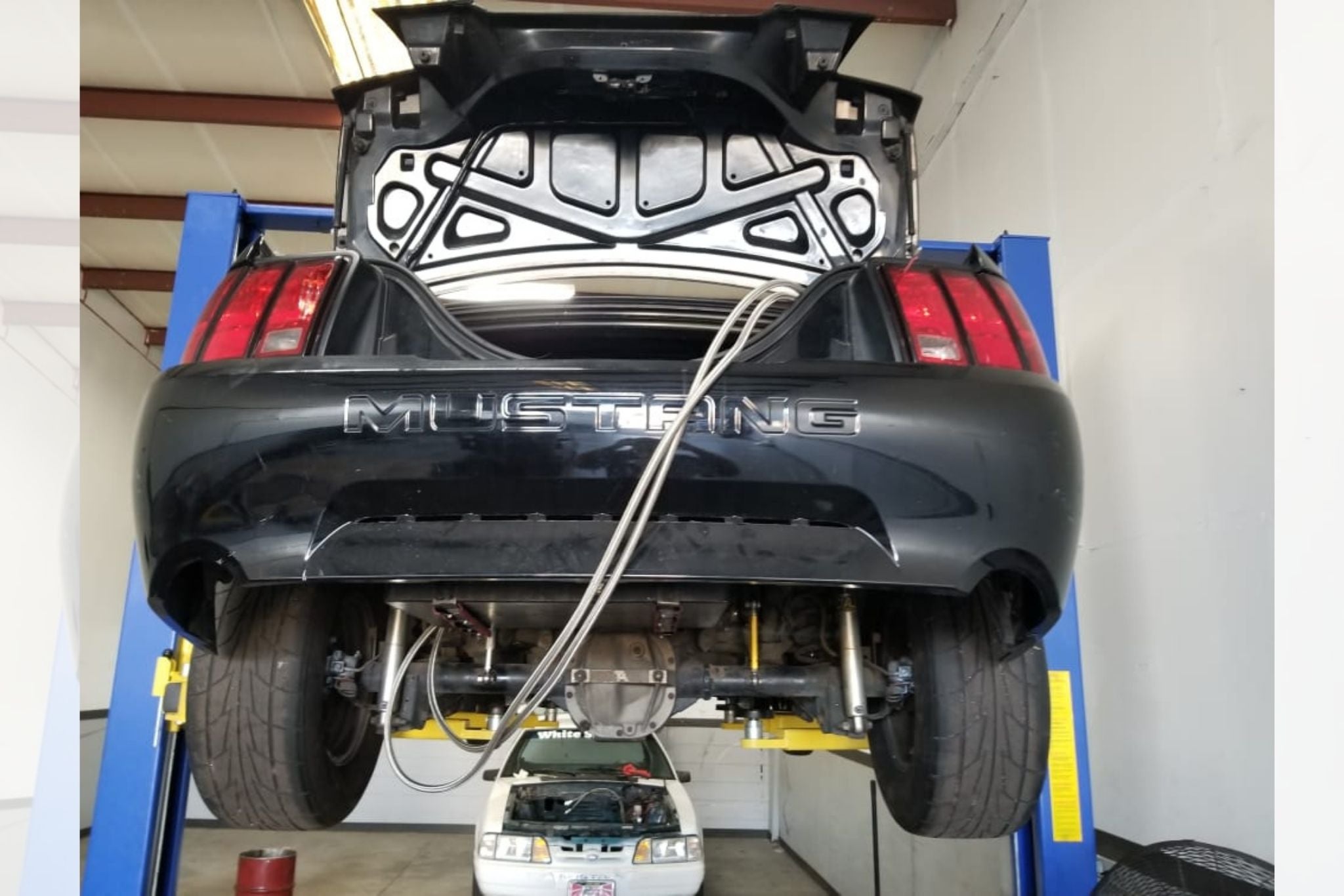 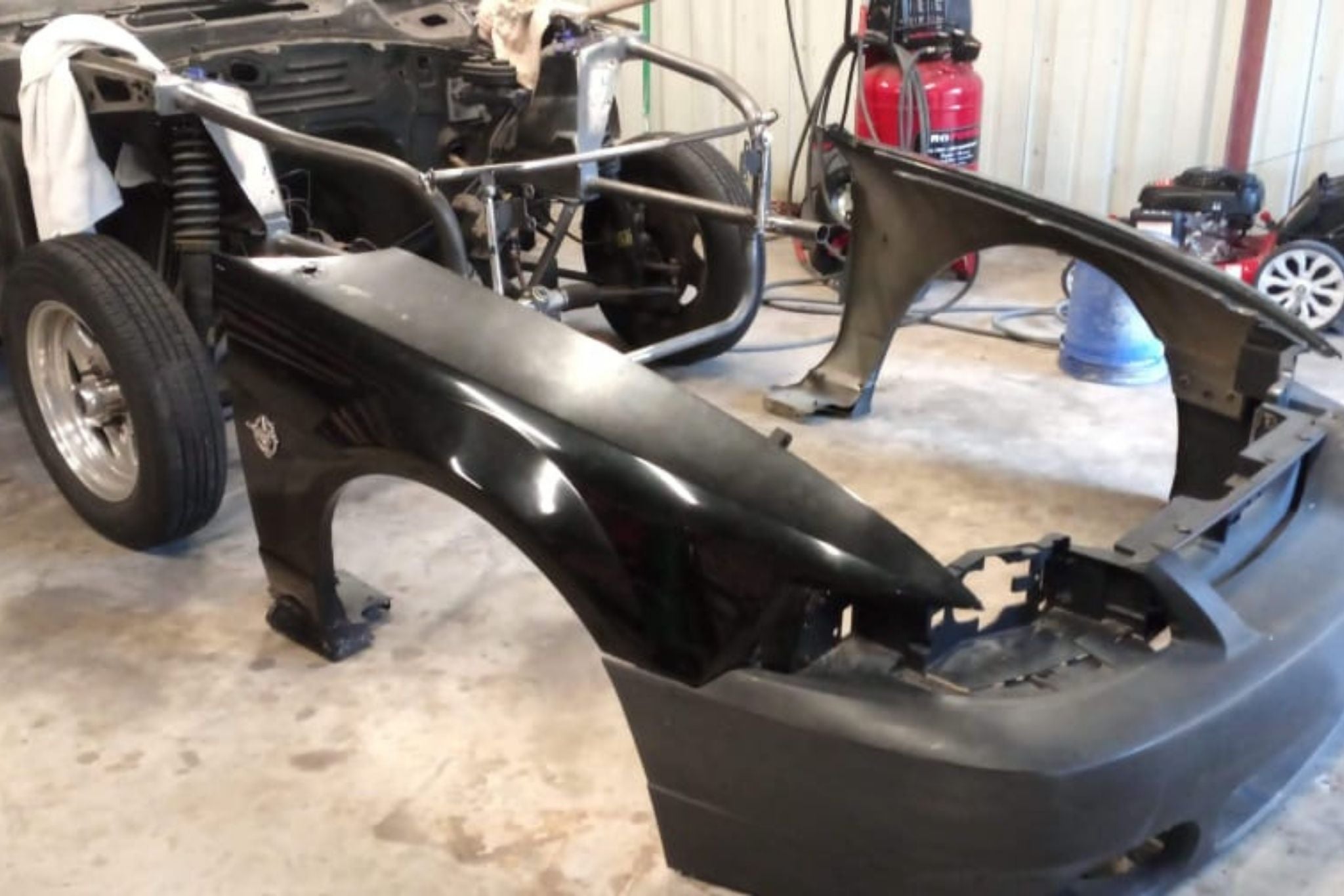 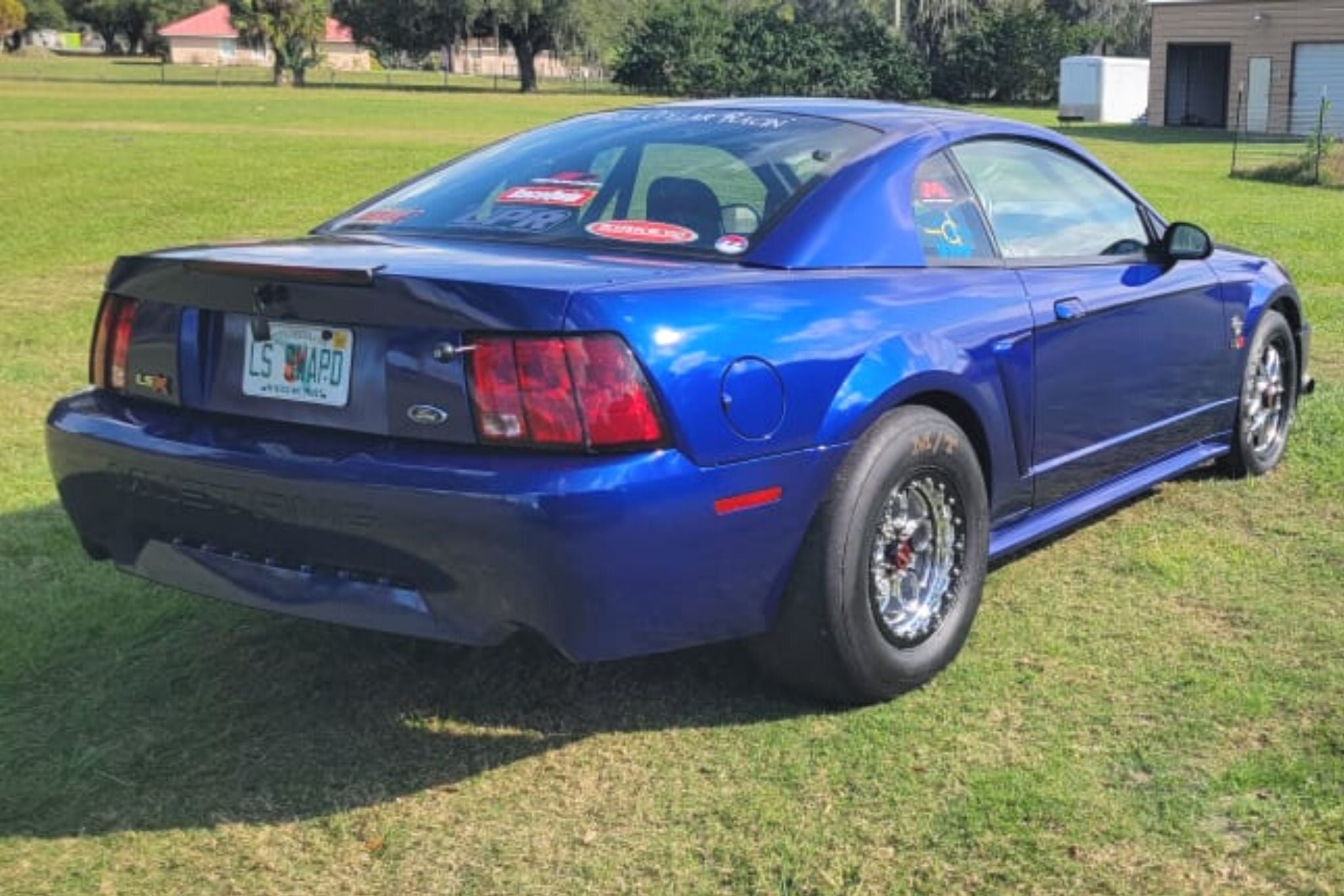 Other details on the build include an Aeromotive A1000 fuel pump and regulator, Deka 80# injectors, a built TH400 transmission with a JW Ultra-Bell bellhousing, a PTC billet converter, Aerospace brakes, QA1 single adjustable coilovers on the front, and QA1 adjustable rear shocks with QA1 springs. It has a built and studded 8.8-inch rear axle with 33 Spline Moser axles, Ford Motorsports 4:30 rear gears, and a Moser spool. 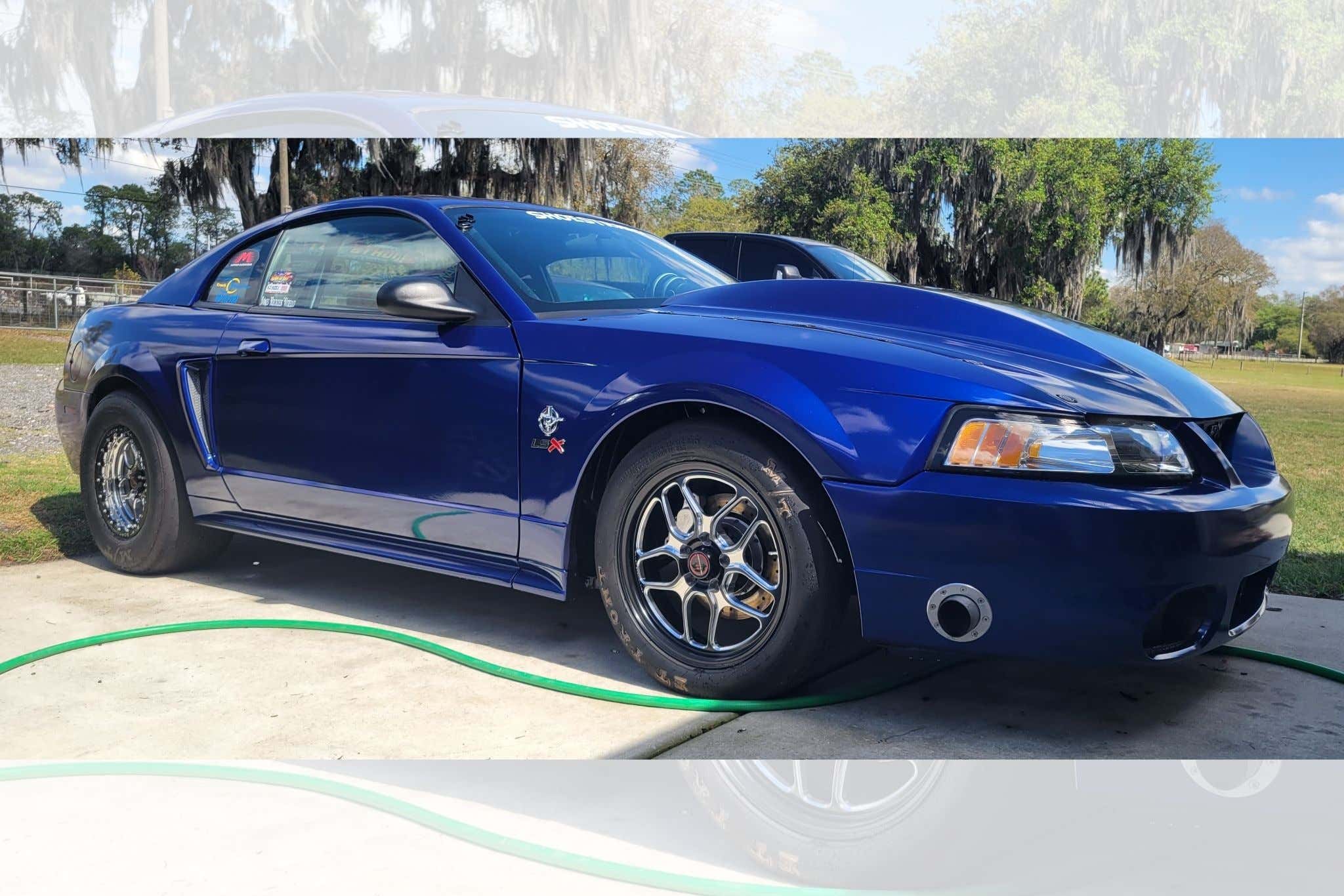 Sponsors Aerospace brakes, Billet Specialties, UPR Products, Viking Suspension and Truck Repair Plus inc. have given the team some help to take it to the next level, and currently, Vitiello is working on an all-forged LS2 to replace the LM7. He said he’s upgrading to an 88mm turbo and 230 lb/hr Injector Dynamics injectors while keeping the intake and headers the same.

Look for this labor of love at tracks in the southeast, tearing up the strip.

Got a tip or a build story to tell? Send a note to [email protected]