The idea for a classic kit came after Nmoto released its custom Nostalgia motorcycle project in 2018, aimed at creating a modern interpretation of the “Mona Lisa of Motorcycles”—the 1934 BMW R7. But at $89,500, the Nostalgia wasn’t exactly an affordable option for some, and for others, the six-month build-time was simply something hard to stomach.

The firm says since the unveiling of the Nostalgia, it has been inundated with requests for a do-it-yourself kit that enabled current Beamer owners to have a classic-looking bike of their own. Thus, the R sevenT kit was born. 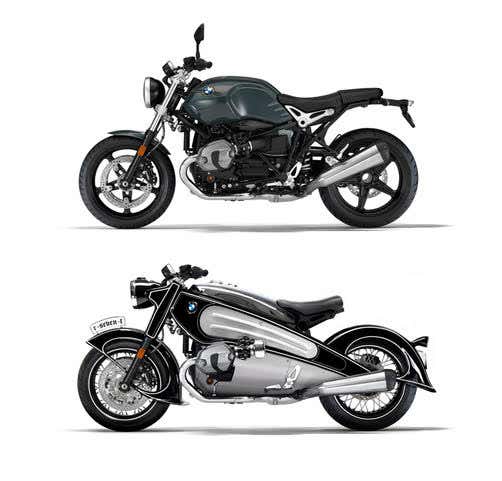 “Almost daily over the last year we’d get a message from someone somewhere in the world asking if a kit would become available,” said Nmoto’s founder, Alex Niznik, in a press release. “So, due to the overwhelming interest, we decided to develop a bolt-on kit that invokes the spirit of our iconic Nostalgia and, of course, the original R7. It has required a significant investment in time, resources, and engineering but the result is well worth it and our customers won’t be disappointed.”

The kit works by quite literally bolting onto an existing R NineT’s stock mounting points without any additional fabrication. In fact, Nmoto says that the only part that actually has to be removed is the factory fuel tank, which will ultimately be replaced with a new unit supplied in the kit. This also means that riding dynamics won’t change, as the motorcycle’s controls remain at their factory placement, as does the seating and handlebar position.

Aside from the fuel tank, the kit also comes with fenders, headlight, turn signals, engine and handlebar covers, and various bits needed for component relocations. The factory chassis—as well as the engine and suspension setup—remains untouched.

Today, interested R nineT owners can reserve the kit for a small $100 refundable deposit, but be ready to drop a hefty sum for the final product. Nmoto says that the R SevenT kit will retail for $6,950 and be available from Nmoto directly or through certain BMW dealerships.