Finding parts for a recently released car can be awfully tough during normal times, never mind during a global parts shortage. With that problem bringing Chevrolet Corvette production to a halt again, C8 owners waiting on parts for one reason or another can only twiddle their thumbs until GM comes through or someone else wrecks and parts out their C8. Their wait though may now be up, as there’s currently a C8 being parted out on eBay.

Listed by seller AZ Cycle Parts are the many components said to be from a 2020 C8 2LT Z51, which appears to have been in a significant frontal collision. It would seem to have rear-ended or T-boned something, as suggested by the absence of a front bumper, frunk lid, headlights, or windshield. Apart from those, almost everything else is there, from bodywork to interior trim and even miscellaneous electronics. And of course, the mechanicals that make the C8 the performance bargain it is. 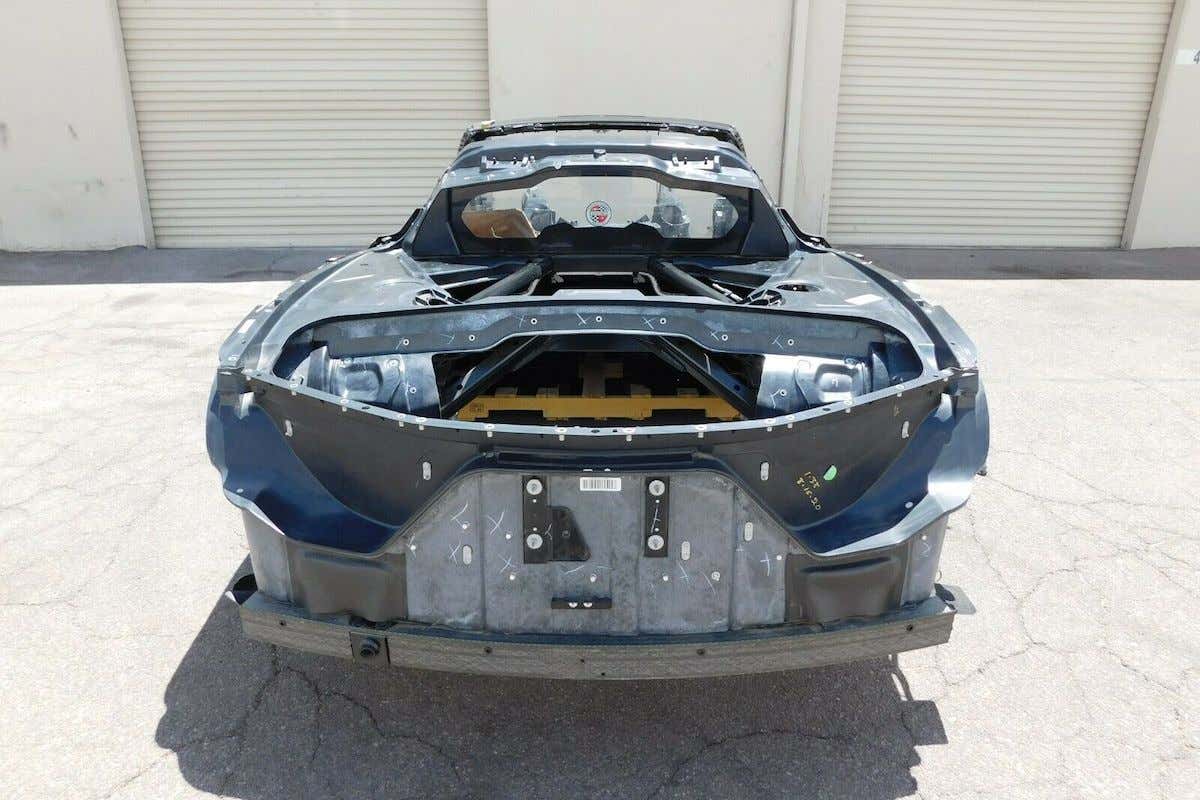 If you feel like doing something odd to a Pontiac Solstice or Saturn Sky, the C8’s wheels and tires are intact, as are its brakes, which would make for serious upgrades to almost any track car. More significant, though, is the presence of the wrecked C8’s unibody, for which the seller asks $7,000. It isn’t what you’d call intact, with no front firewall and evidence of lots of cutting. It’d take no small amount of fabrication to revert into a sturdy frame, never mind a vehicle, given its lack of controls, drivetrain, or suspension. 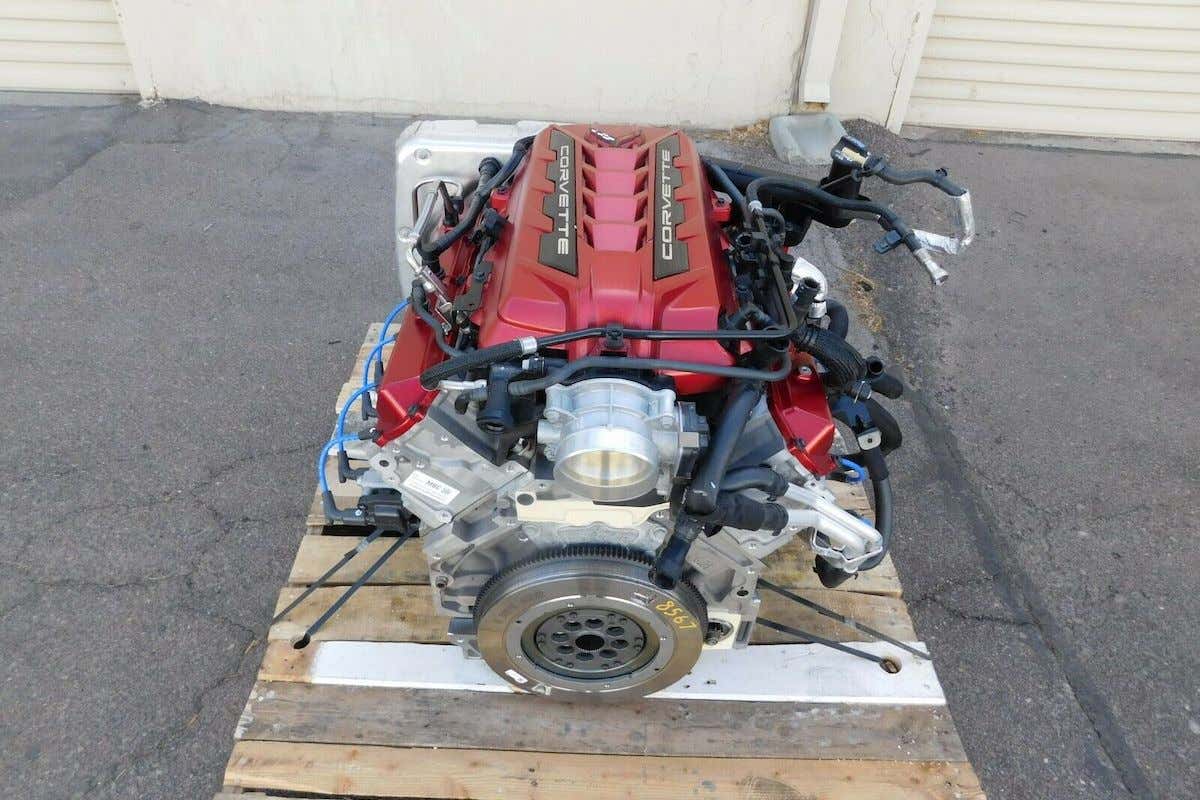 A potentially simpler, if not much cheaper project could be to snag this smashed C8’s 6.2-liter LT2 V8, which in Z51 trim produces 495 horsepower and 470 pound-feet of torque (if not more). Tuners are already circumventing the motor’s reportedly strict factory security to propel C8s into the nines, so anything its V8 can fit into can theoretically be just as quick. Provided, that is, you can afford this LT2, which is priced at $20,000. Just so we’re clear, you can get a C5 Z06 for that money, or a solid C4, and have enough money left over to do whatever you damn well please with it.

Clearly, the seller is charging a premium, and one C8 owner or those who wrench for them will have to pay if they want parts pronto. A budget supercar the C8 may be, but a cheap car to maintain, it isn’t.