Volvo takes car crash safety very seriously. It refuses to use aluminum over high-strength steels and continues coming up with new ways to tailor its passenger cells to protect women and children just as effectively as men, and exceeding every mandatory regulation just to satisfy its internal testing program. And in a video it released today, it’s demonstrating so by dropping brand-new Volvos from a massive crane.

Back in 2014, I went to Volvo’s Swedish headquarters to see the engineering team launch a poor XC90 into a ditch at high speed. They told me that prior to a model hitting the dealerships, each has to go through approximately 30,000 simulation runs, after which around 100 pre-production prototypes bite the dust as well in the name of safety. Now that’s commitment, but just to make sure, the company is also limiting its new cars’ top speed to 112 mph.

Normally, Volvo’s crash tests take place in the controlled environment of its laboratory. However, this is the first time the company is dropping cars from a crane at a quarry in order to help prepare rescue services for the worst emergency situations. Mind you, as this 1985 Volvo of America Corporation video proves, they already have experience driving 760s off 45-foot tall rooftops. What a day that must have been.

As Volvo correctly explains, rescue teams usually get their extraction training vehicles from scrapyards. The problem with that practice is that those vehicles are often up to two decades old, which means the teams don’t get the chance to test their methods against the steel strength levels and safety cage construction found in modern cars.

Håkan Gustafson, the senior investigator of Volvo Cars’ Traffic Accident Research Team added that while they’ve been working closely with Swedish rescue services for many years, the extensive research report following this test will be made available free of use to rescue workers all around the world. 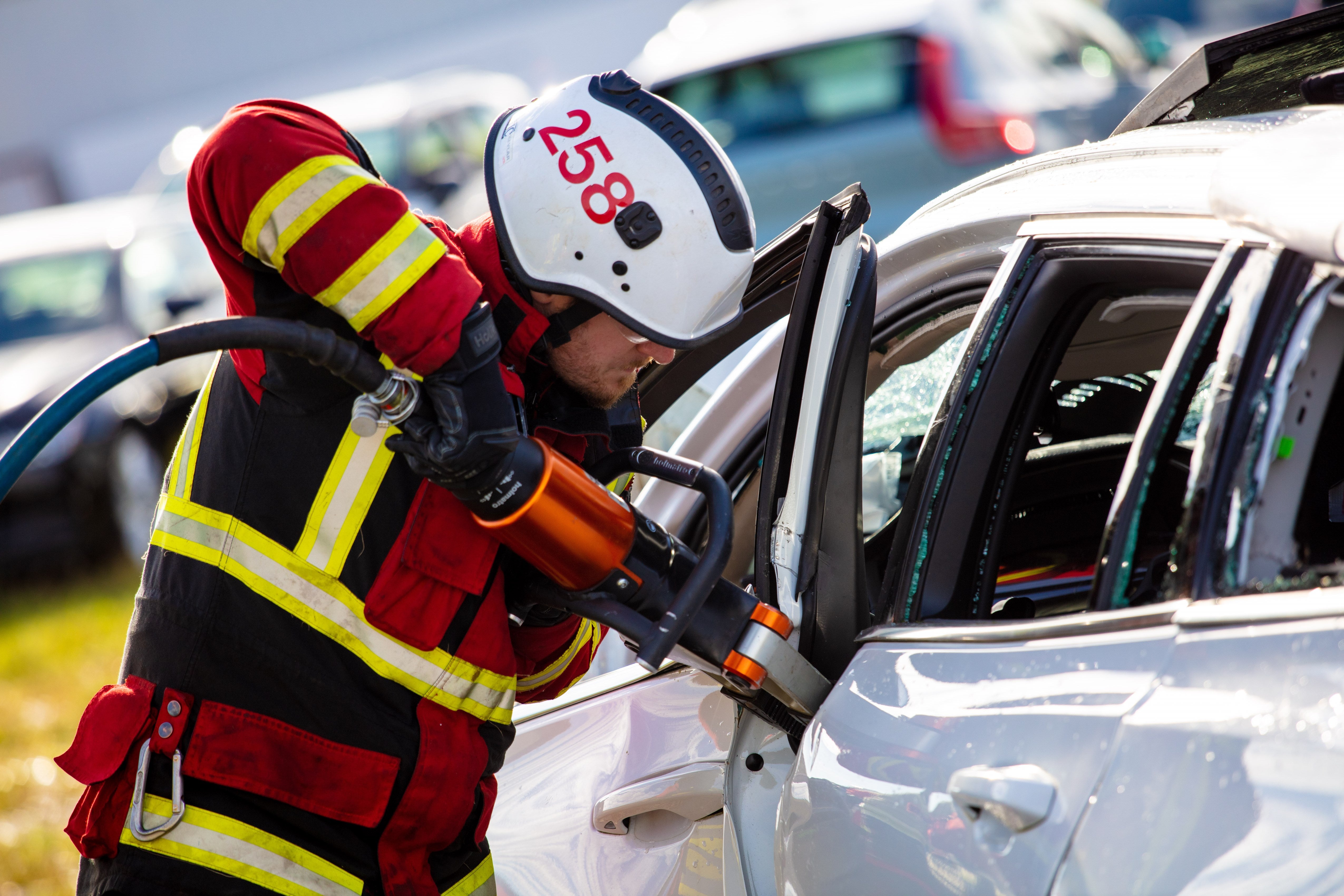 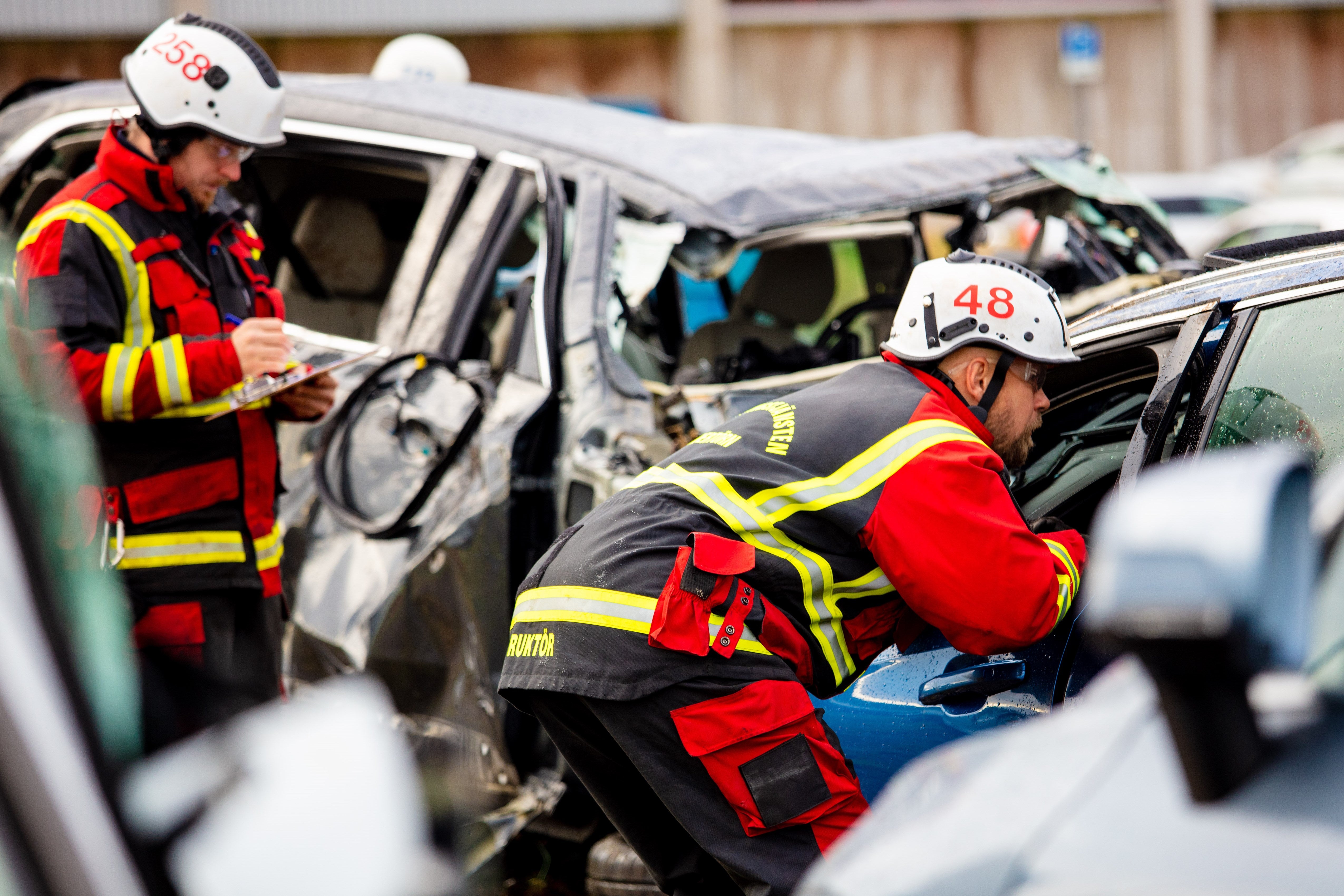 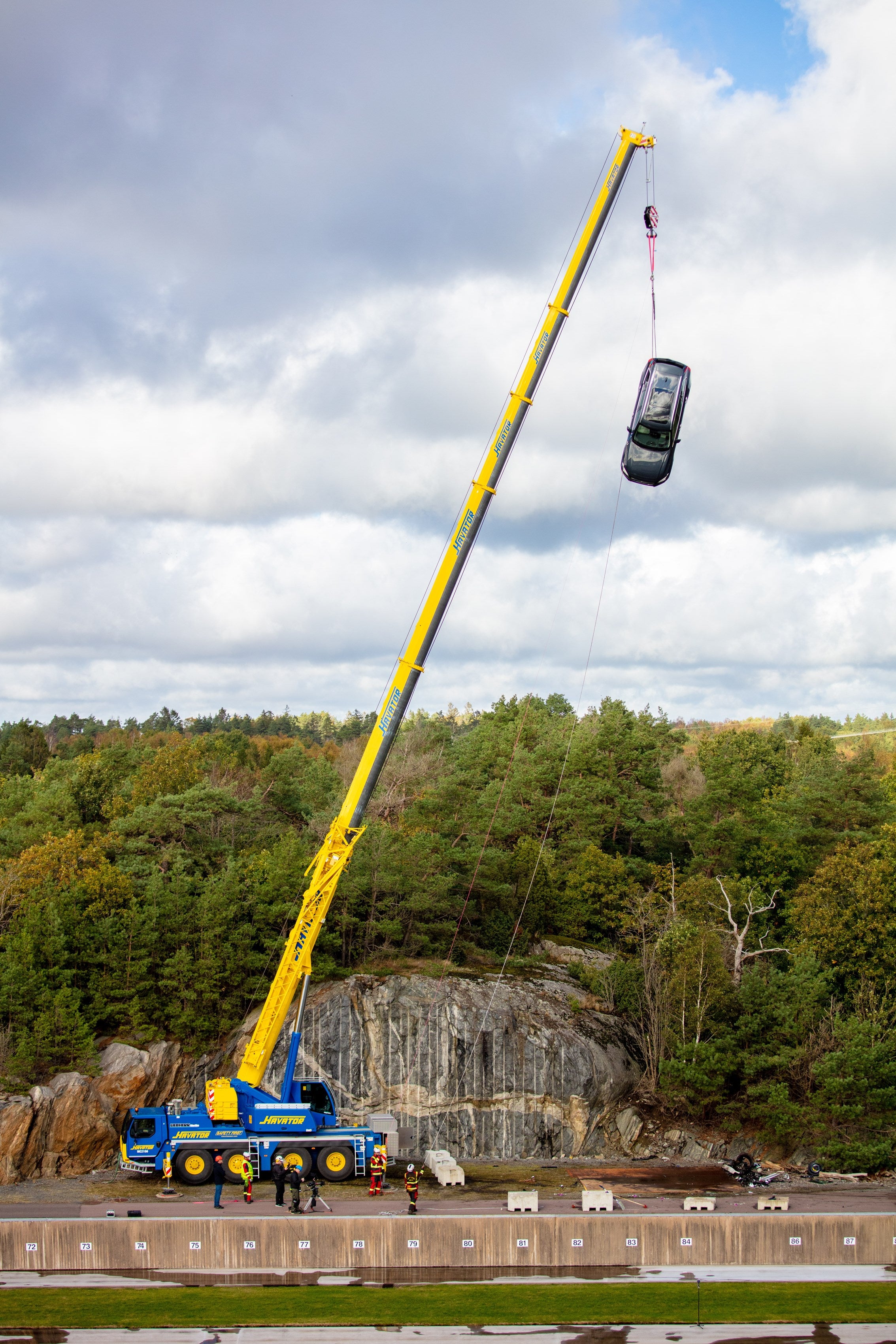 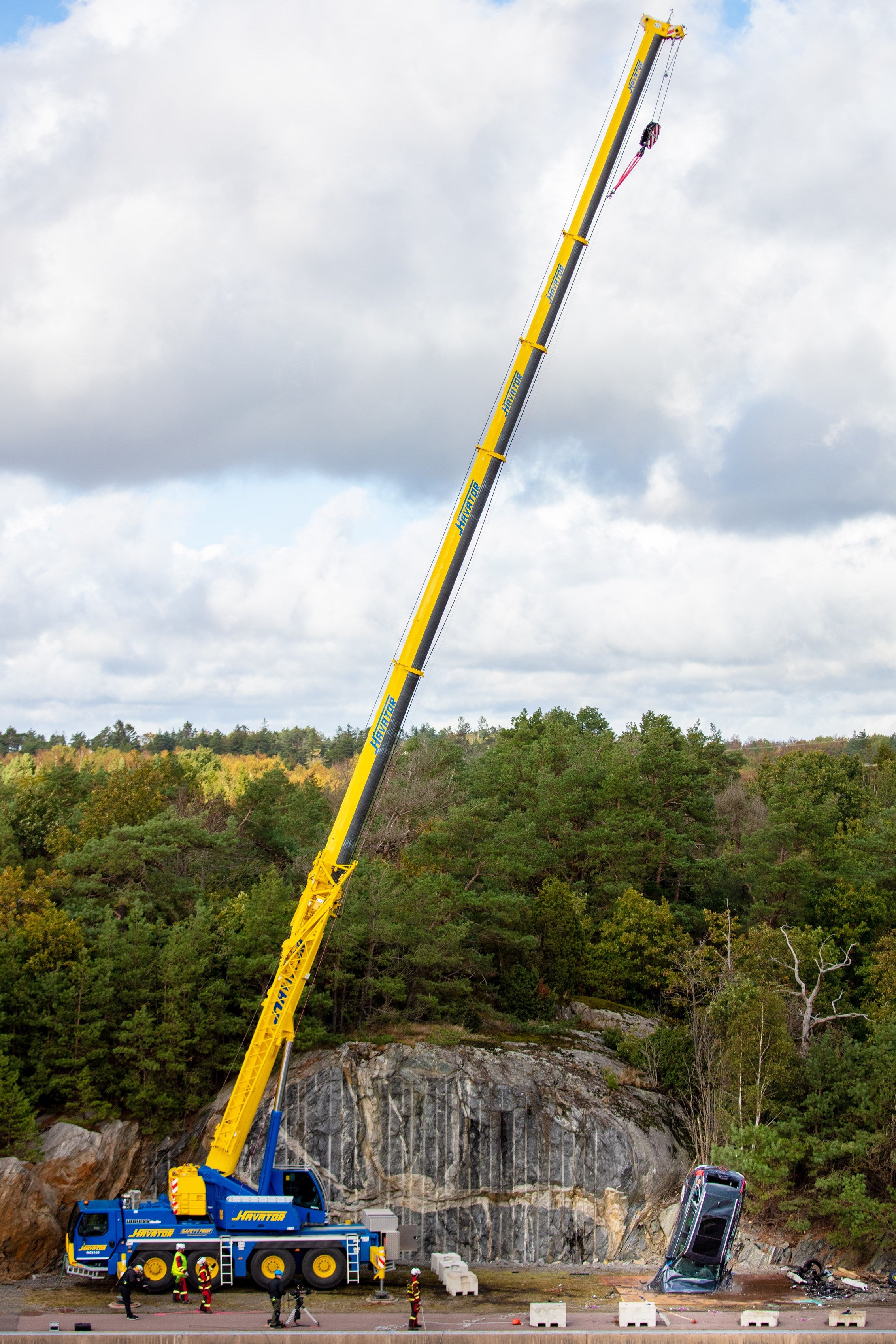 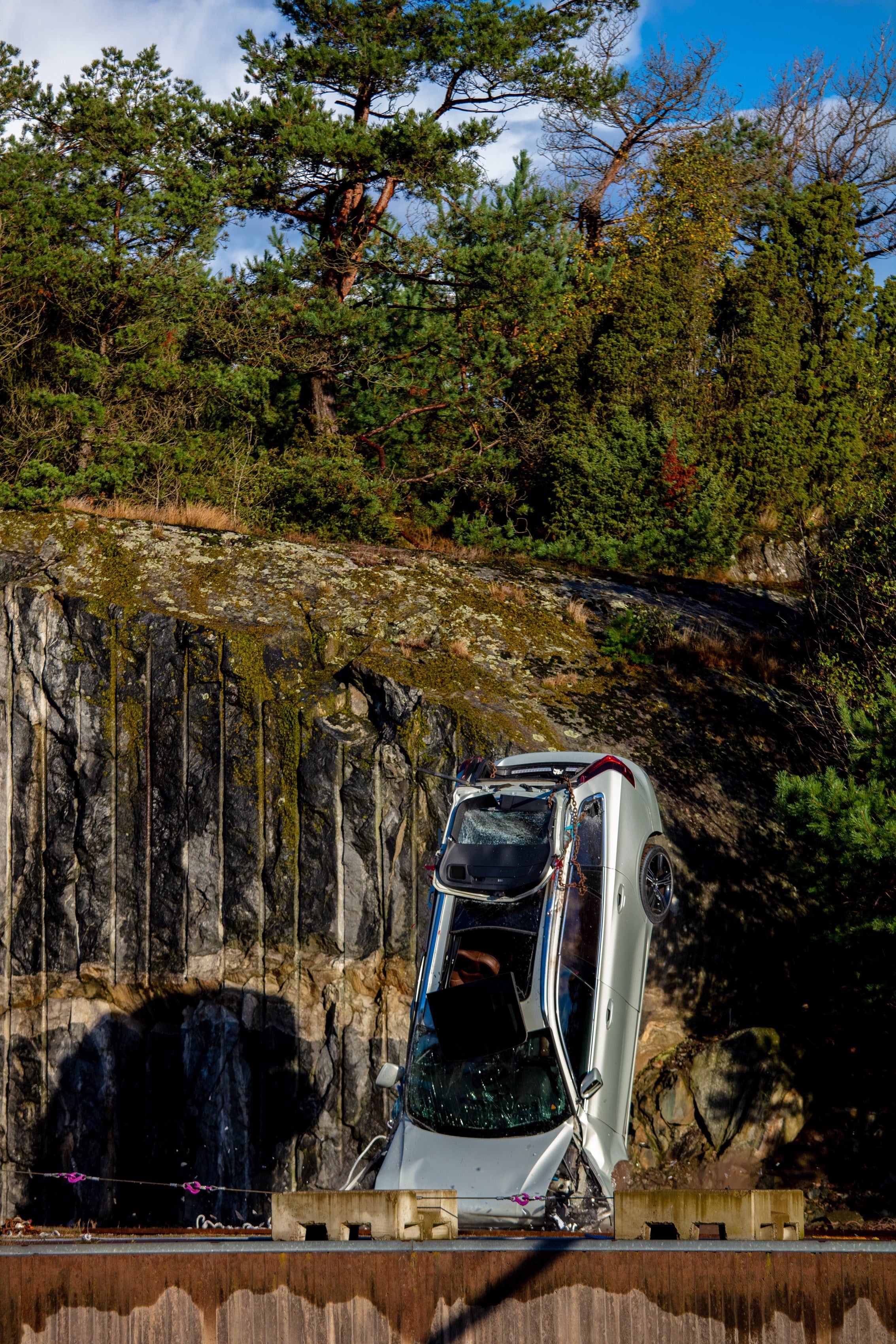 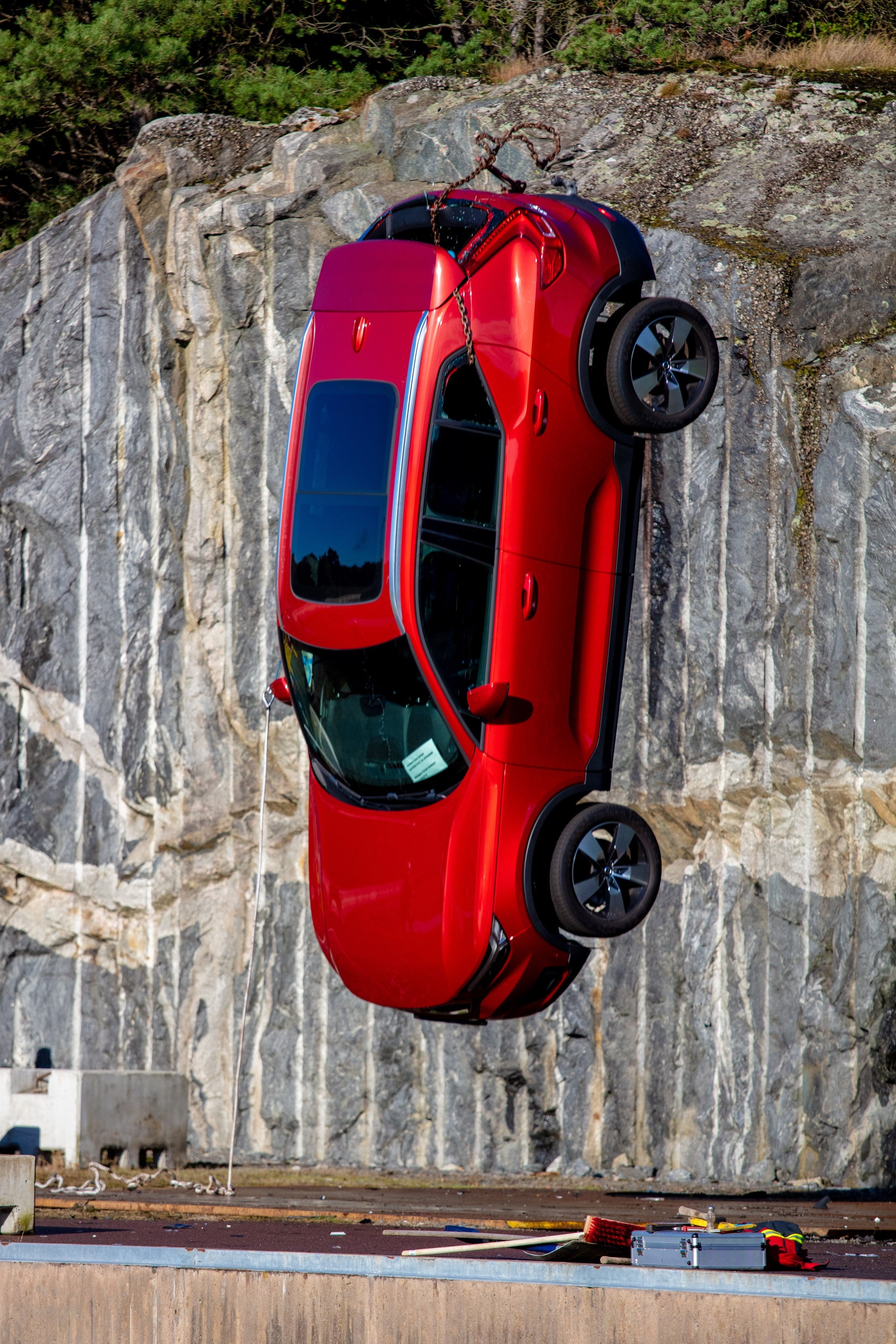 After the engineers made exact calculations about how much pressure and force each car needed in order to be exposed and reach the desired level of damage, Volvo dropped a total of 10 cars from the crane several times. If you would like to enjoy more of that carnage from multiple angles in slow motion, watch the footage and have fun in the name of science!