We’ve all been there—three stupid miles from home, by the side of the road, having used all our AAA tows. Times like these can require taking creative shortcuts, often involving a worrying number of zip ties and a quiet prayer. Some people, of course, take this slapdash approach to repairs even when not pressed for time, fixing things in a way to make even the mechanically uninclined nervous. So today, we’d like to ask: 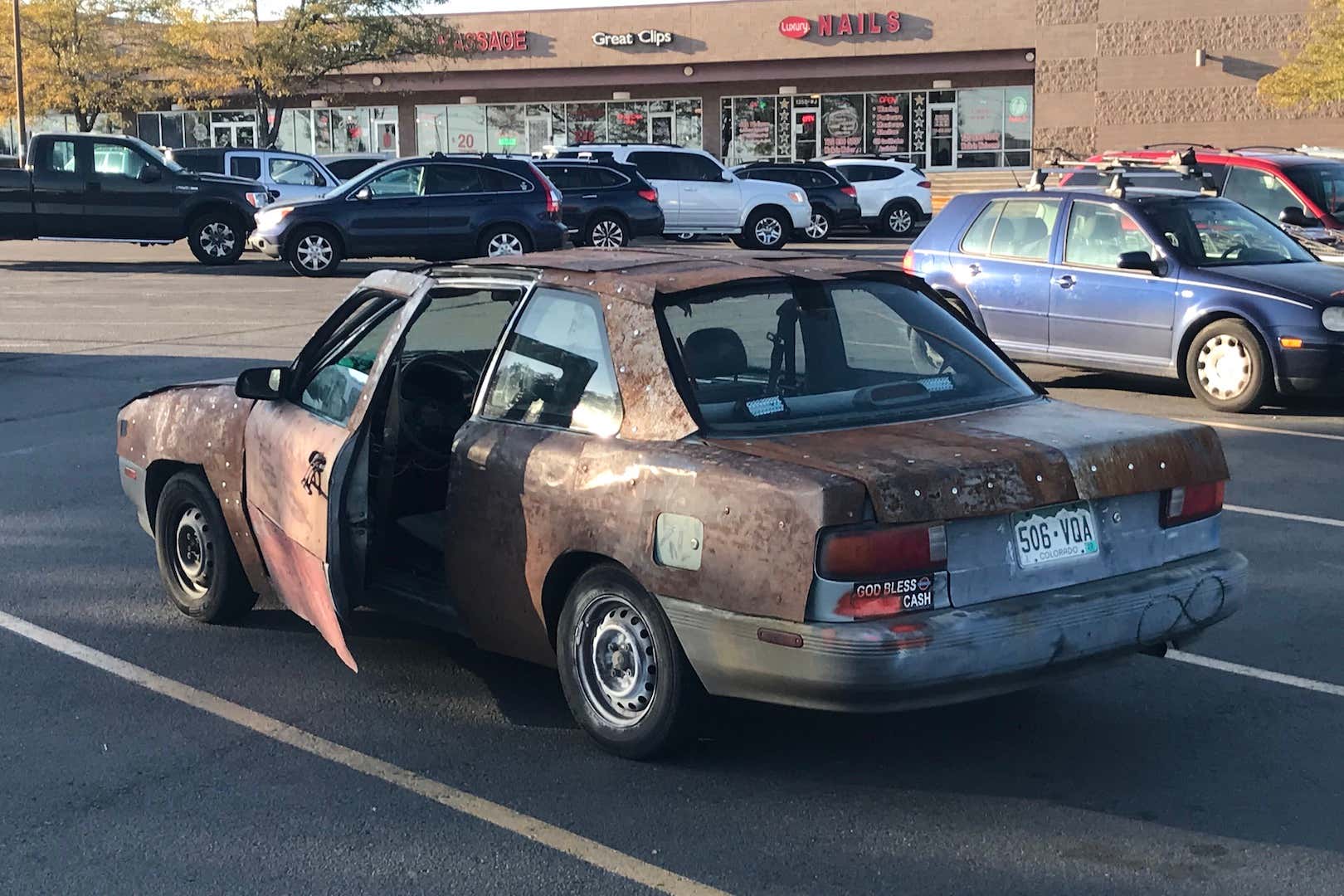 It might come as a surprise, but the worst repair I’ve personally seen was not at the 24 Hours of Lemons. Those cars need to be controllable on a track. Nor was it the Nissan Sentra above, whose owner appears to have fashioned a new, bare-metal body for their Nissan Sentra following a hailstorm. Rather, it has to have been a hacked-together semi-truck, one pulled over by Australian authorities just over a year ago. During an inspection of the truck’s suspension, it was found that its leaf springs were bound to a tie rod with some wire, their bracket having seemingly sheared off due to rust.

By no means was that the worst part of the repair, though. At the end of that tie rod was a ball joint wrapped in what appeared to be either a tow or ratchet strap, and still more wire. Why? Because that was all that held the ball in place; the thing was ready to pop out over the first serious bump. That would’ve meant a total steering failure, just about the worst-case scenario for a semi truck. We know what happens, after all, when one of them careens out of control.