Have you noticed those little turn signals mounted pretty low on car bumpers? You know, like the ones on the new Chevrolet Bolt EUV and the Kia Sportage? It’s true that car lighting has taken interesting twists in recent years as LEDs have become mainstream, and more designers are willing to take styling risks. But this one perplexed me, so I set out to learn more.

I recently reached out to Kia and Chevy in an attempt to get some perspective on this. I was already aware of the various regulations relating to taillight mounting and design, but it seemed like these lights were in a location that could make them difficult to see from taller cars. 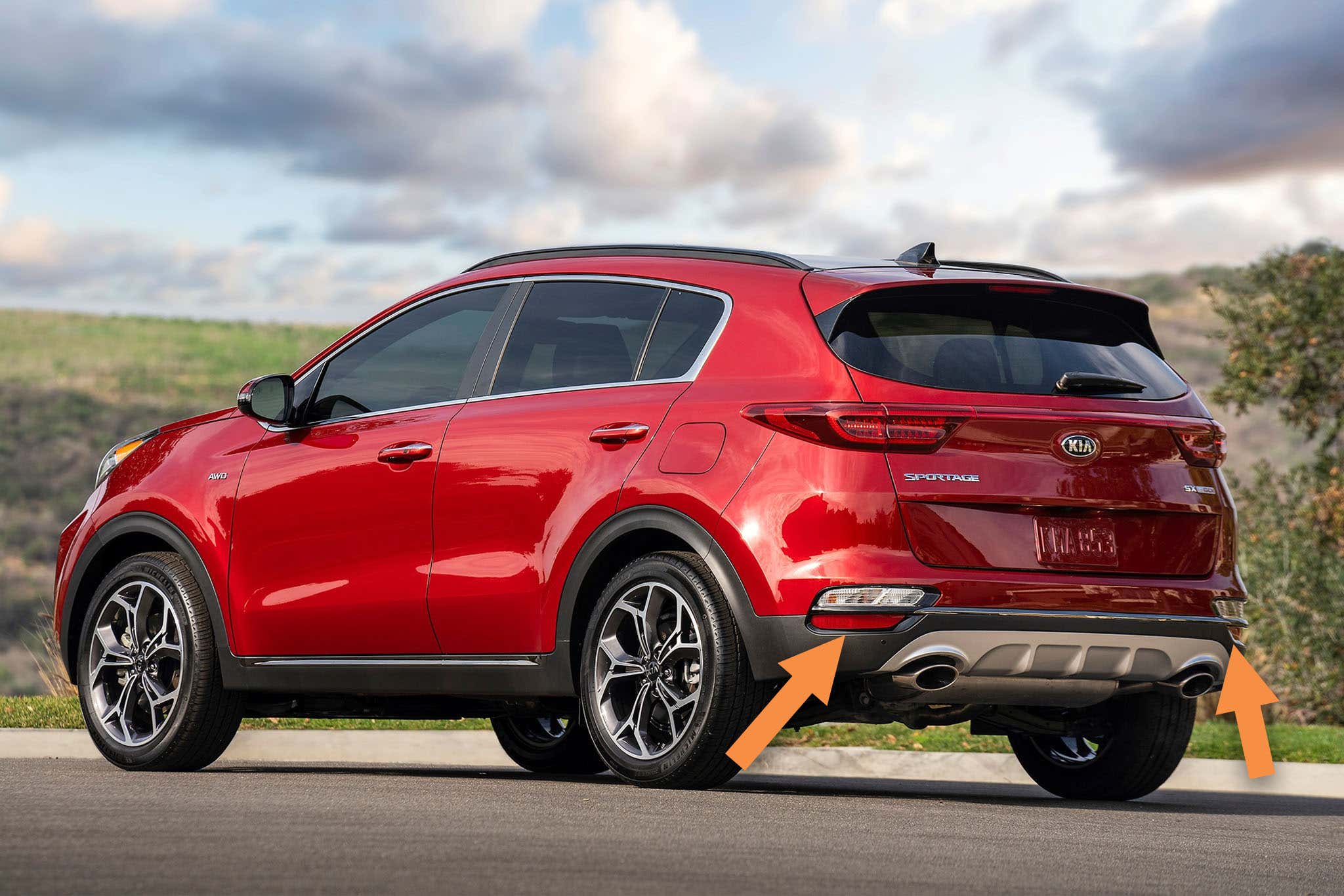 But the answers we received were surprising. As it turns out, it’s mostly an aesthetic choice.

Taillight regulations make a few things clear about what you can and can’t do in terms of design and mounting. All vehicles sold in the United States must have a set of fixed brake lights, which means if you have lights mounted to the tailgate or other movable bodywork, there must also be a set mounted to a place on the car that doesn’t move, like the rear fender. Both the Kia and the Chevy have this, but still, they have an extra set of lights below the primary taillights.

On the Kia, this is where the reflectors, blinkers, and reverse lights are located. According to a Kia spokesperson, “A senior designer from the Global Design Center said that they wanted to emphasize the slim design of the rear combination lamp. The blinker is placed at the bottom of the rear bumper to offer a sense of unity with the fog lamp design of the front bumper.”

So it’s not because of some sort of arcane regulation, or at least Kia isn’t saying so. Apparently, it’s a feature added to the rear of the car simply to match the foglights up front, and keep the actual taillights looking nice and slim. 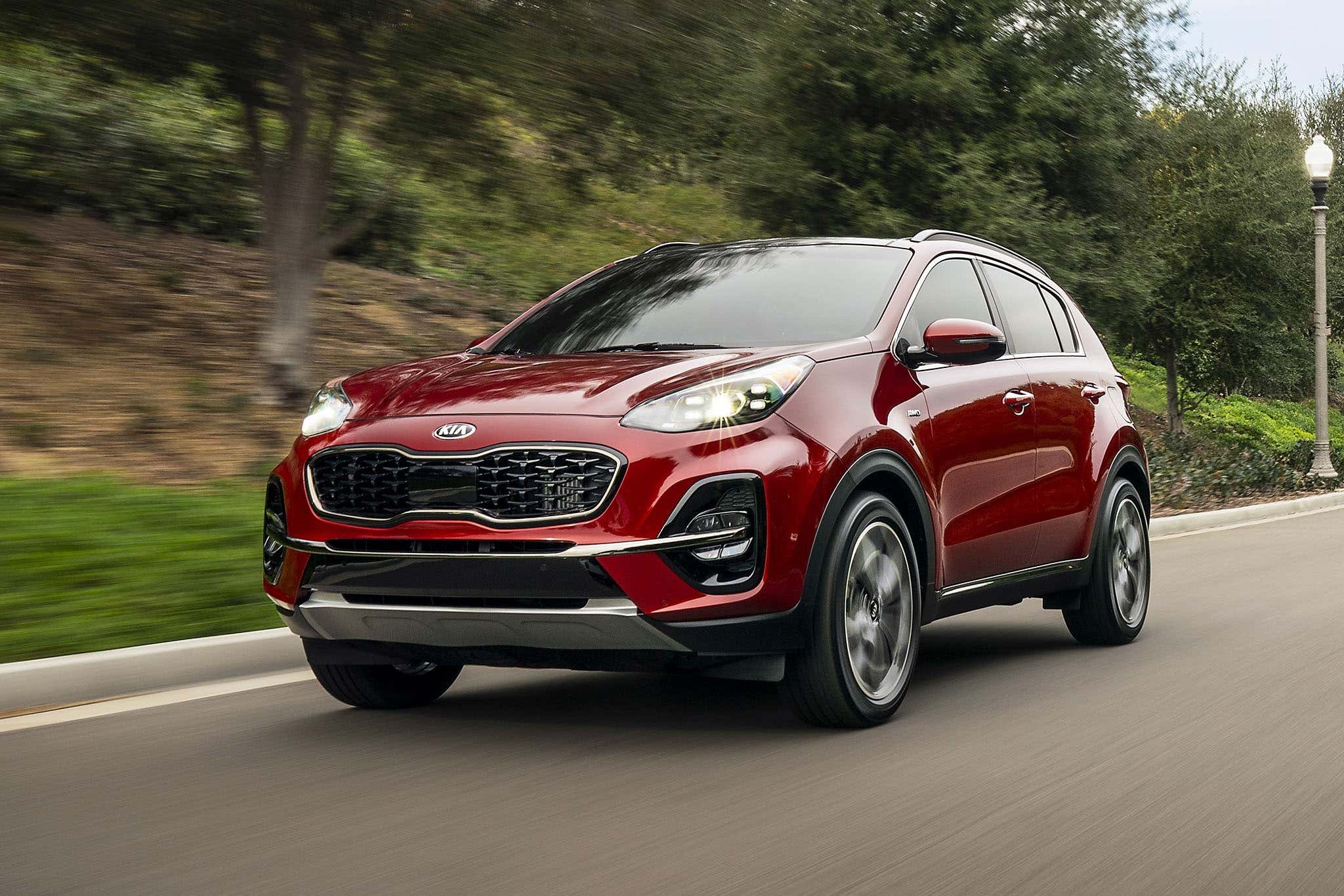 Chevy had a surprisingly similar response. In a statement, Stuart Norris, Chevrolet Bolt EUV design director, explained that the Bolt EUV is, of course, electric, so part of the reason why they were mounted lower was to fill some space that round exhaust tips may usually bring some attention to. However, he also said, “We wanted to keep the signature tail lamp element as slim as possible, which meant moving the brake lights and turn indicators to the lower fascia.” Sound familiar?

Basically, slim taillights are in, and they’re getting so slim that functionality has to be moved out of them and down onto separate lighting fixtures. Designers are all placing these lights lower on the bumper with similar justifications: bringing content to the bottom portion of the rear fascia. 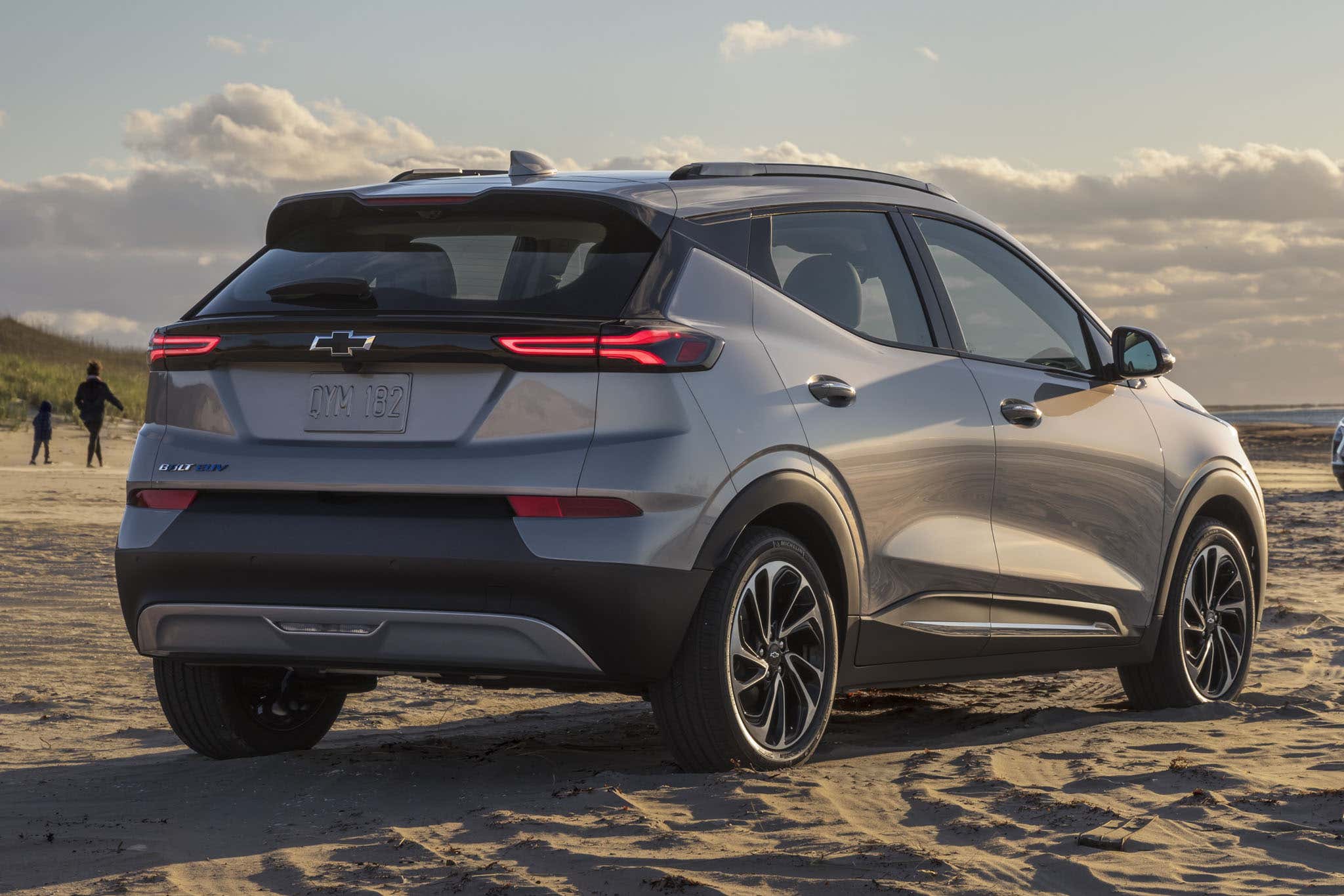 Interestingly, the same thing is happening in cars’ front ends, too. Hyundai’s Kona features high-mounted daytime running lights that dominate the vehicle’s front fascia and dictate its aesthetic. However, they’re so narrow that larger fixtures, resembling fog lamps, have to be placed under them to do the actual work of lighting the road ahead. The same sort of setup can be found on a variety of other vehicles as well, like the Mitsubishi Outlander, Citroen C5X, Hyundai Staria minivan, and the Jeep Cherokee before it was recently facelifted.

So, as it turns out, making taillights slimmer is the reason for at least a few automakers going with low-mounted brake lights and blinkers. And to be clear, both of these vehicles satisfy federal motor vehicle safety standards, or else they wouldn’t be eligible for sale in the U.S. But as somebody with a degree in industrial design—I’m not quite a designer anymore by nature of writing at The Drive for a living—I wonder if they could lead to unintended safety consequences at some point.

Moving brake lights and blinkers lower down at a time when most vehicles—especially SUVs and pickups—are growing ever larger and taller will likely result in unnecessary confusion, and possibly accidents. Kia seems to have moved the signals back up to the taillights on the incoming 2023 Sportage, but the Bolt EUV is brand new.

Expect more design risks as lighting evolves, but also expect to have more things to get used to looking out for on the road.