Wrecked performance vehicles are always interesting project car candidates, assuming the good stuff—the powerful drivetrain—is safely nestled inside and unharmed by the collision. This is especially true for EVs with skateboard chassis, which make the swap potential even more exciting.

Now imagine having one of the newest and most successful EVs, the Ford Mustang Mach-E, as your donor car. This one didn’t crash exiting a car show—at least, we don’t think it did— but it does seem to be the first wrecked Mach-E out there. 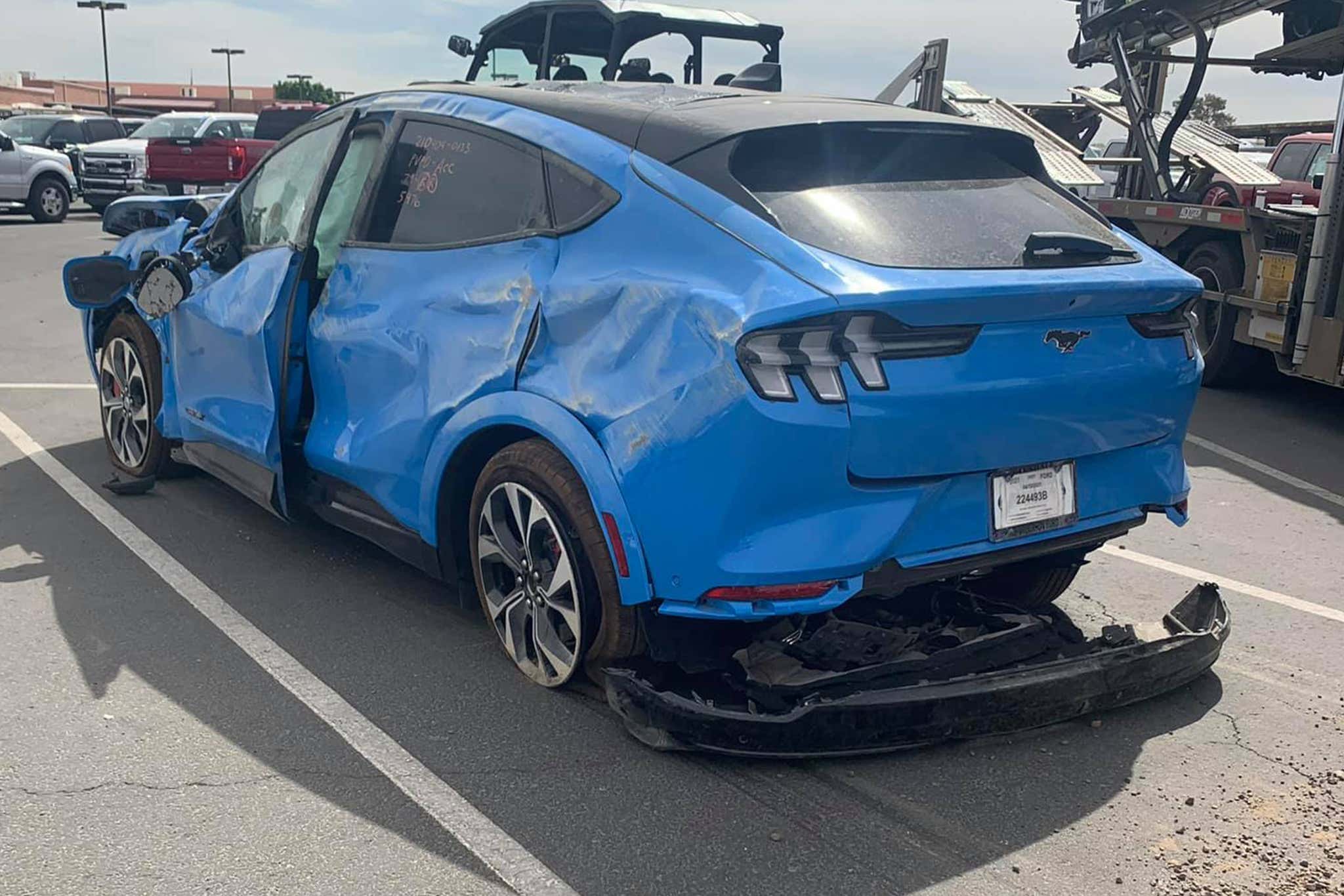 The car isn’t on Copart or another salvage auction site; therefore, it might be a little harder to purchase for your build shenanigans. We do know where it is, though—at Sanderson Ford in Phoenix. According to comments on the original Instagram post showing the photos, the accident was a high-speed wreck on the highway, and all of the occupants escaped with minor injuries.

The car was still sporting paper tags when it was crashed, so it’s almost definitely low-mileage. It’s a standard trim Mach-E, which means it has 266 horsepower and gets its juice from either a 68 kilowatt-hour or 88-kWh battery—there’s no way to tell from the outside. We can see that the car has all-wheel drive thanks to a tiny “4” on the Mach-E badging.

This wrecked Mach-E is only the first of many, and it raises some questions. Assuming the basic chassis is still intact, this thing could be a prime swap candidate for a variety of vehicles. All you would have to do is remove that pesky Mach-E body to get to the skateboard platform below and sort out some new suspension mounts. Heck, you could even just drive it around as a bare platform, but that’s hardly a swap.

The battery and motor units could also be removed from the chassis completely as well and installed in something else. The battery bolts onto the Mach-E from the bottom, so any other willing automotive candidate would just need the space underneath to accommodate the new energy source. As far as the drive units go, there’s likely adequate space for that as well, assuming the car you want to swap them into has an empty engine compartment. The rear motor might be a bit trickier, but it could certainly be sorted out with an angle grinder.

The best candidate would probably be another Ford vehicle, just to keep it all in the family. Maybe an F-150 Lighting with a grenaded motor? The possibilities are truly endless, and as more EVs end up in the scrapyard, the swaps are only going to get more creative. 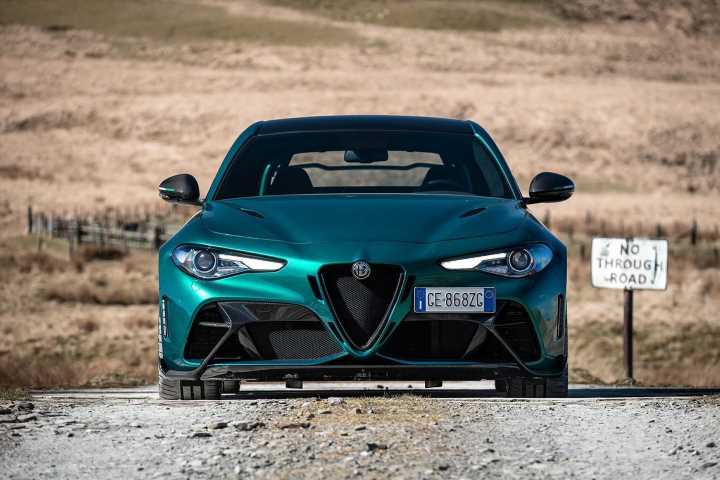