If you prefer it, the M2 Competition grille is available too.

Let’s say you’ve got a 2003 to 2010 BMW 5 Series (known internally as the E60 series) in your garage. It’s an older vehicle, and you’re getting tired of seeing the same thing every day. A seller on China’s Taobao online commerce site is selling replacement front fascias to make this generation of 5er look like a modern M3 or M2 Competition. 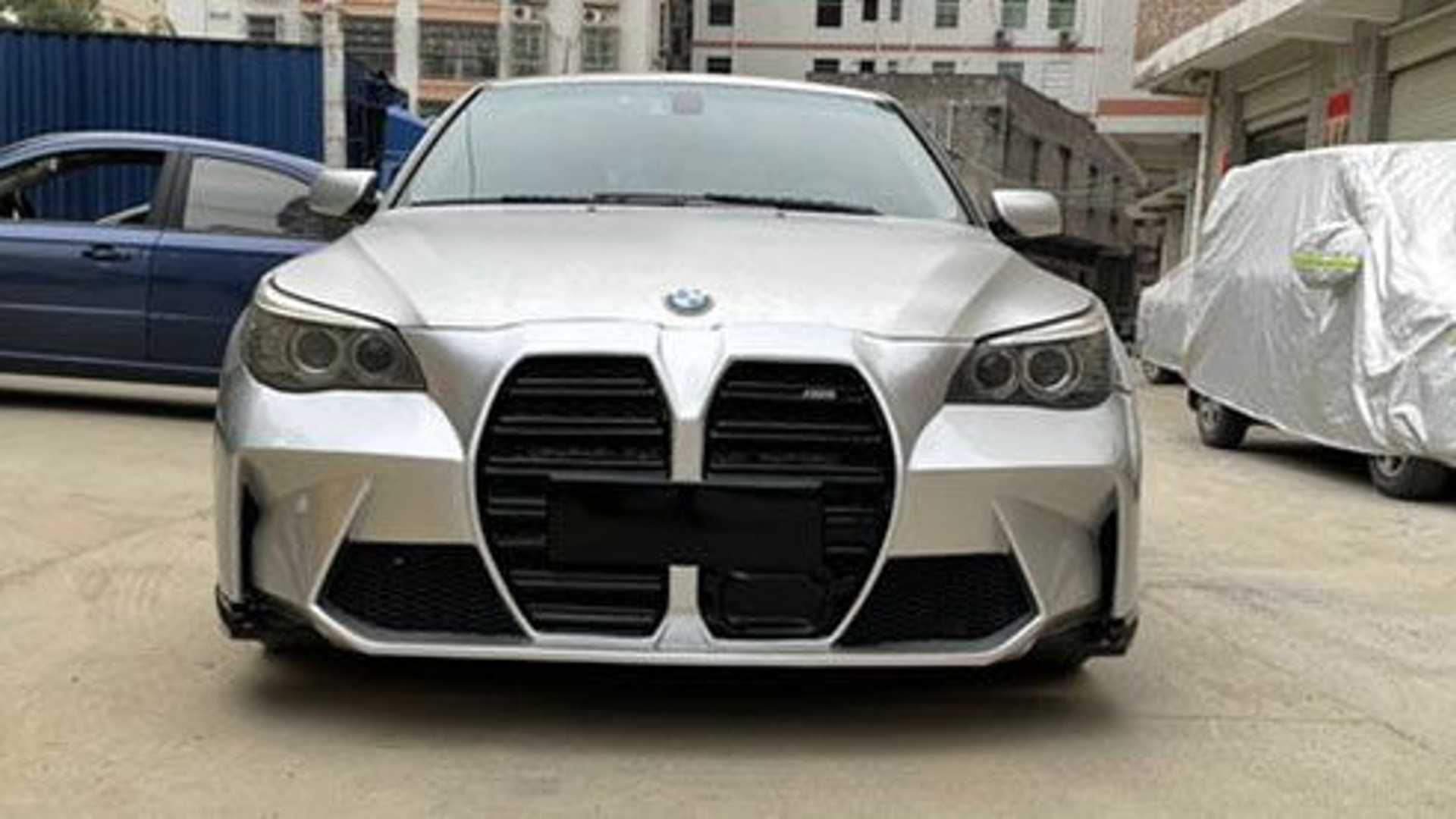 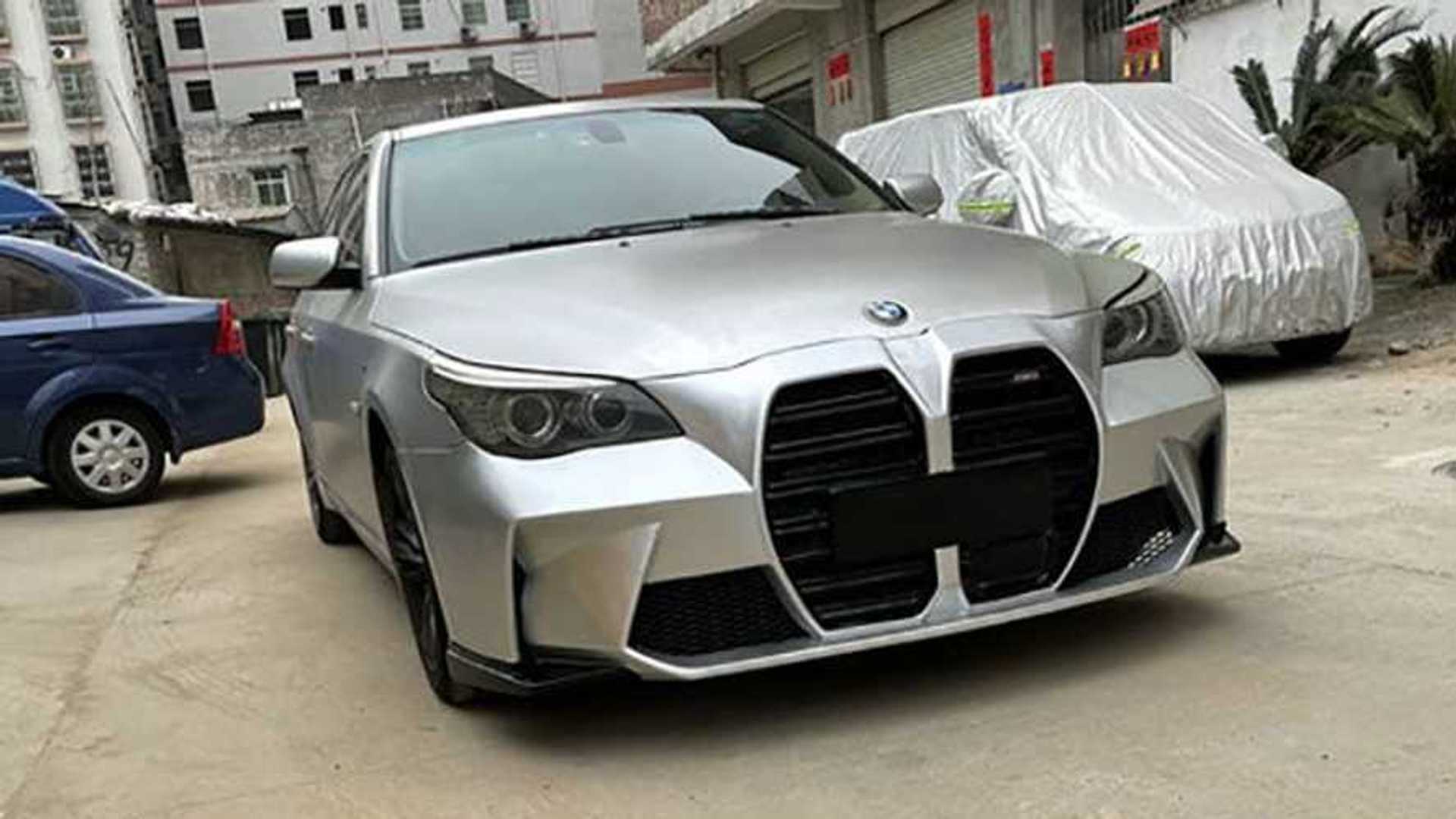 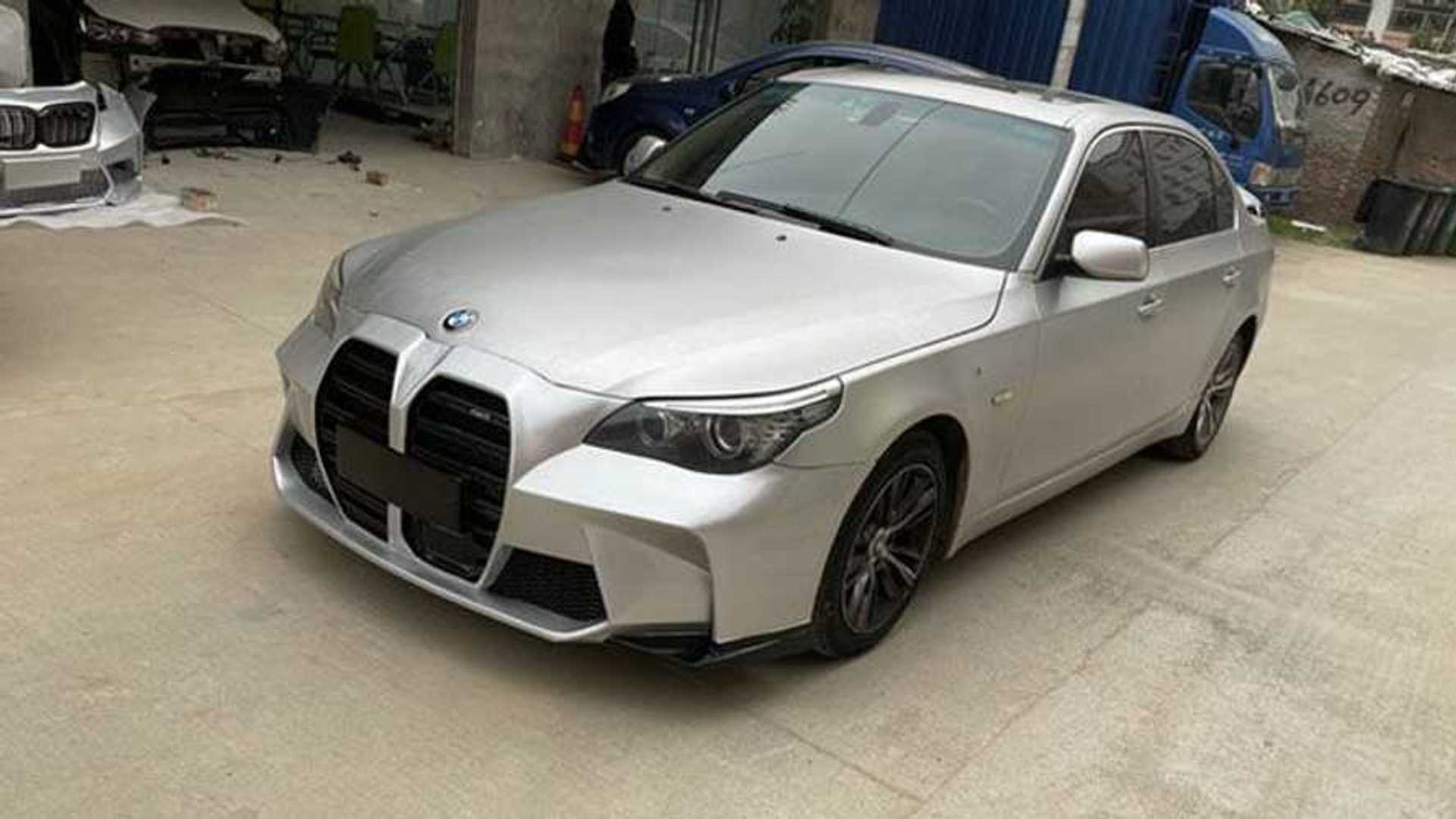 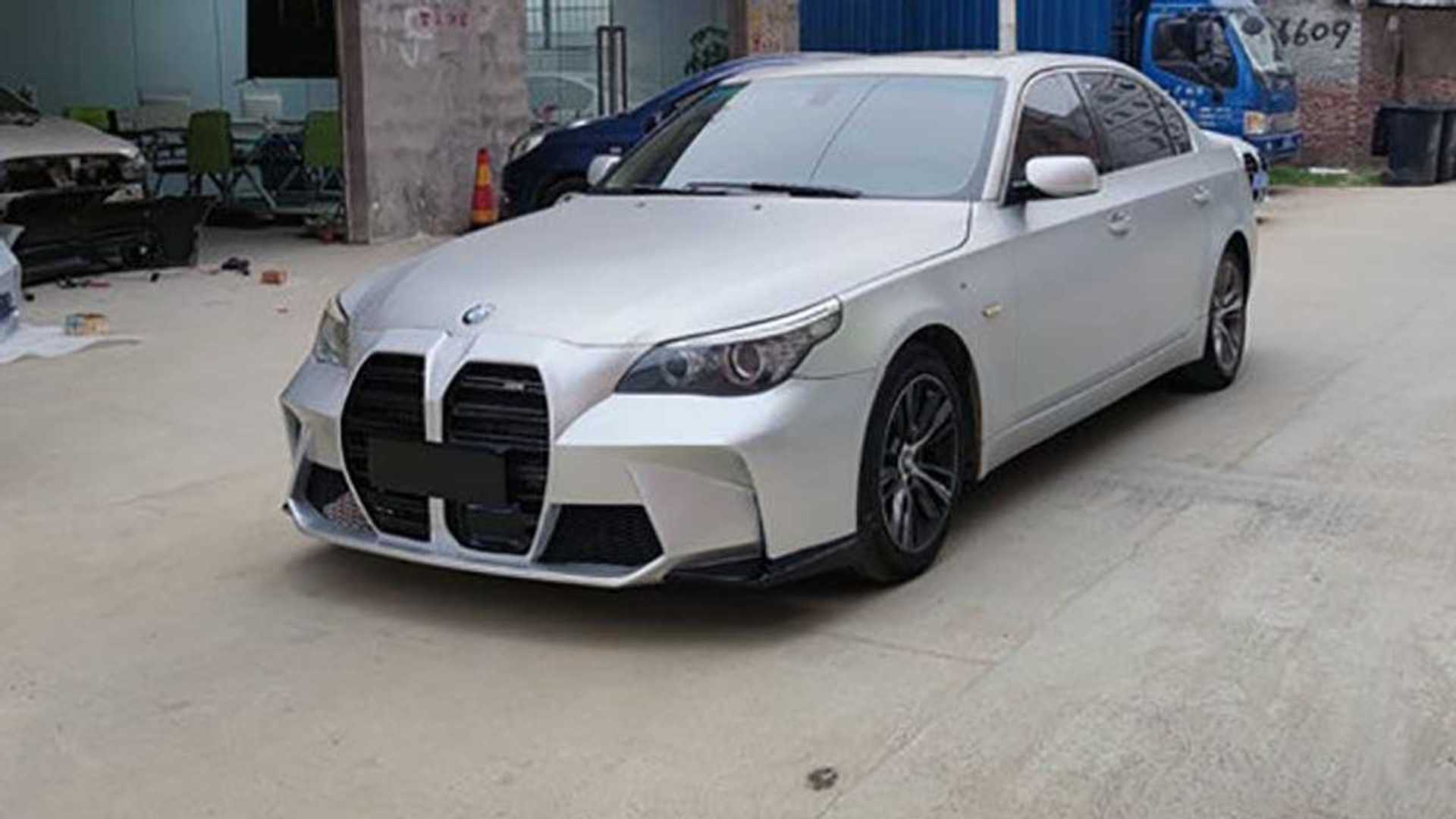 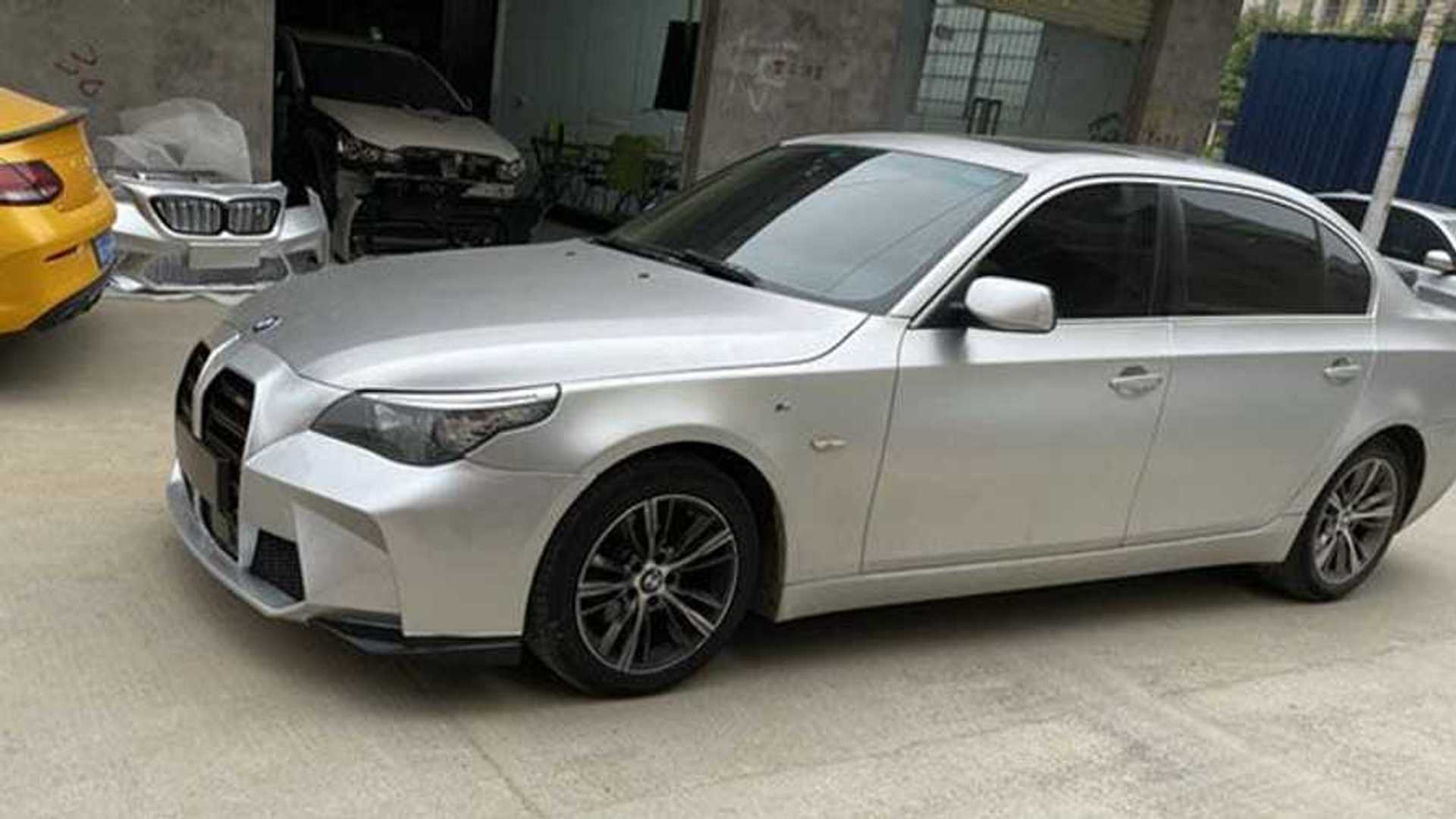 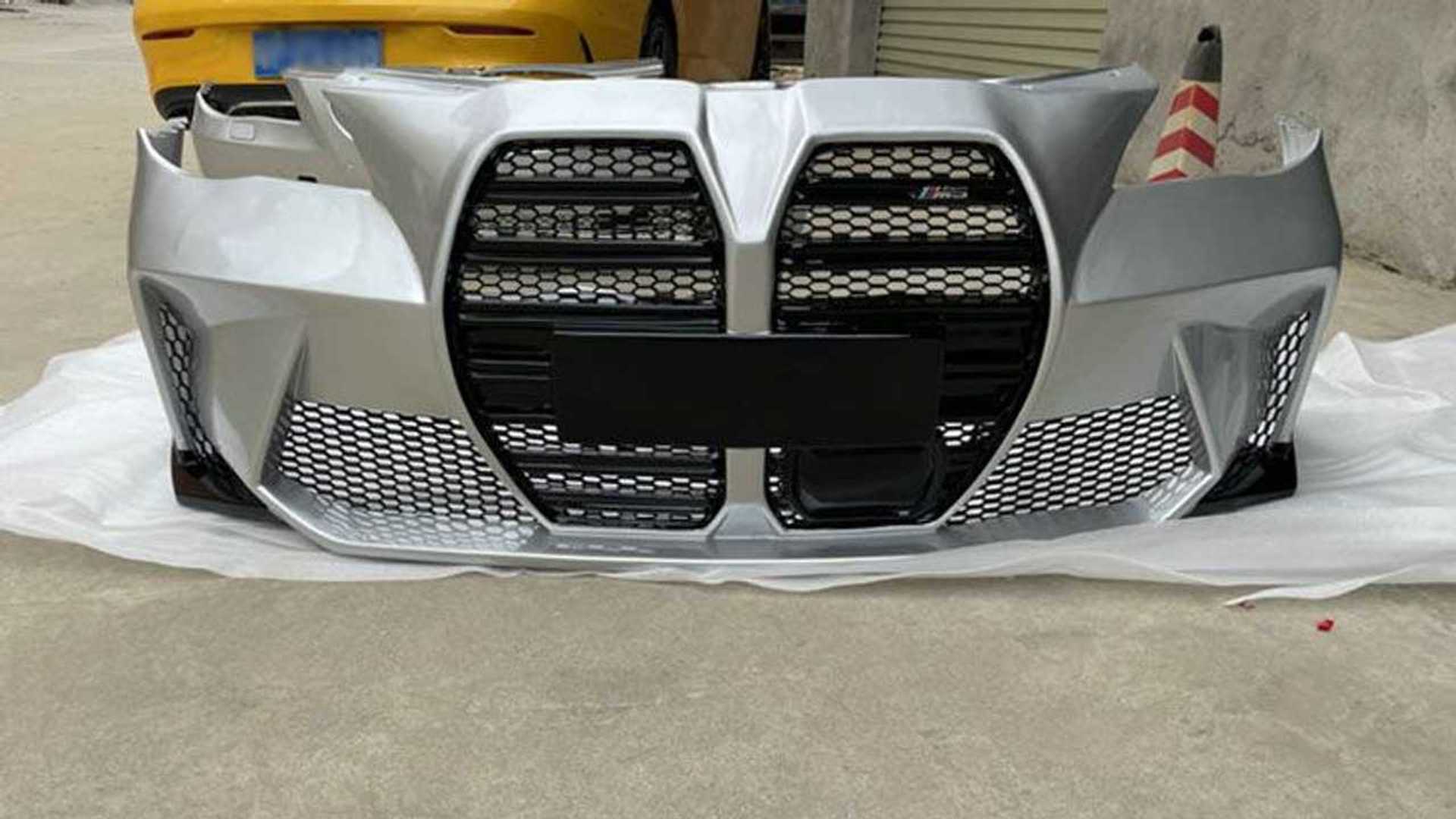 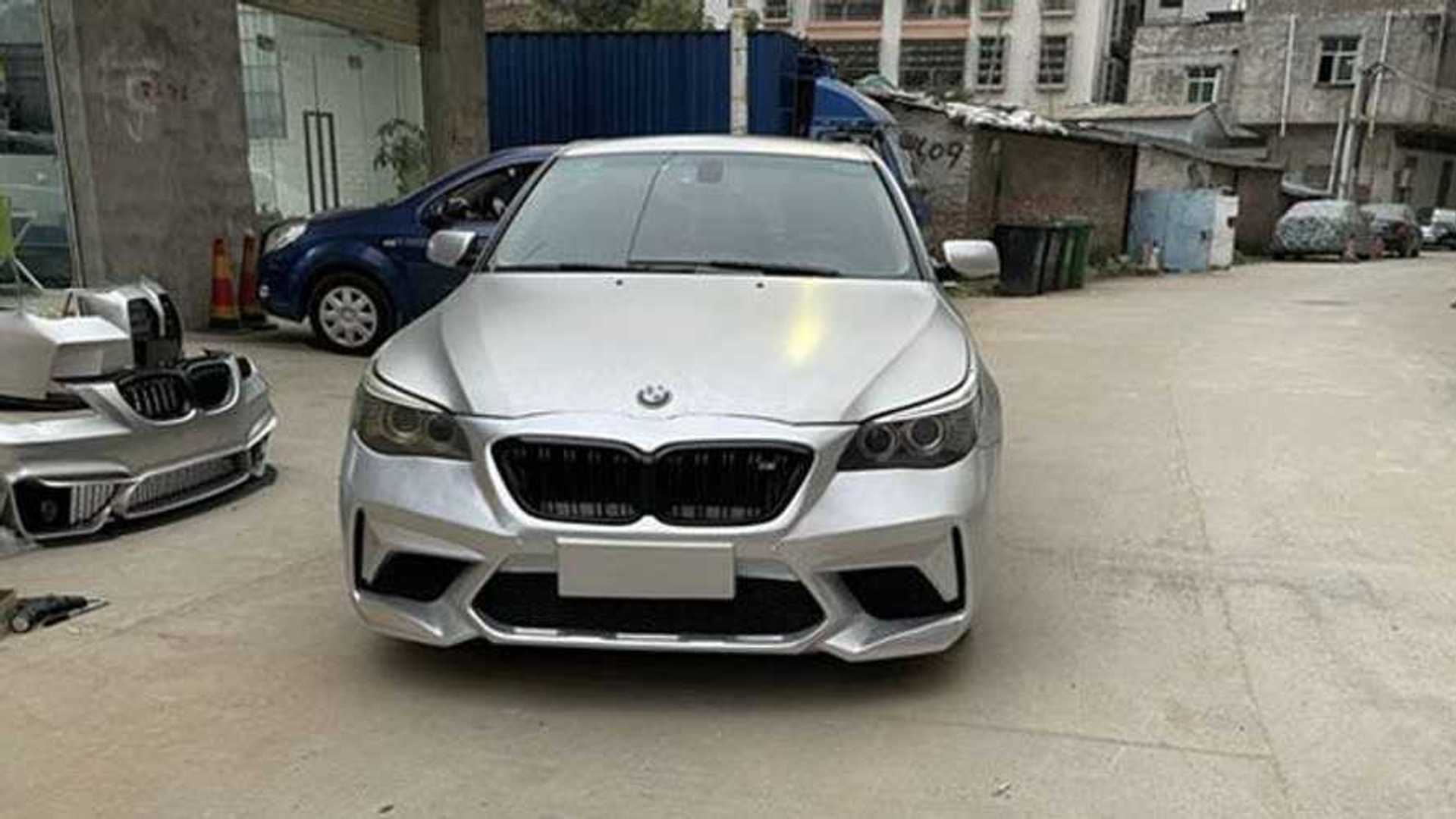 Judging by the seller’s photos the fitment is pretty ugly. Both designs have large panel gaps where the fascia meets the hood. Although, this appears to be worse on the M2, than on the M5 design.

A particularly interesting thing about the parts is that they highlight the timeless design of this era of BMWs. The design filing for the E60 dates from April 2022, but 19 years later this still looks like a vehicle an automaker could introduce today. Just swap out the bumper, and it looks fresh again.

Production of the E60 5 Series lasted from 2003 to 2010, with sales starting in the US for the 2004 model year. A station wagon arrived later. The headlights that went high up the front fender were polarizing at the time, including some critics comparing them to the comedian Dame Edna.

The E60 generation of the M5 was distinctive for packing a 5.0-liter V10 engine that was good for 500 horsepower (373 kilowatts) at a high-revving 7,750 rpm. Europeans only got the model with a seven-speed automated manual transmission, but Americans also had the choice of a true six-speed manual. Although, only Europe received the M5 wagon, so both regions had something to celebrate.

Taobao via The Drive