The 2021 Nissan GT-R may be the same supercar it has been for several years now, frozen in time, but it has a following and loyalty that means (hopefully) that it will be around for a while yet. I drove a GT-R Premium for a week and you asked me some great questions in my “what do you want to know” post so I wanted to take the opportunity to answer them.

In brief, this car is capable of a top speed of 220 miles per hour, its 3.8-liter twin-turbo V6 gorges on high-octane gas like a kid gulps water on a hot summer day, and the transmission shifts quickly to optimize its 565 horsepower and 467 pound-feet of torque. It’s loud and head-turning and glorious, if you can forgive its flaws, all for a starting price of $113,540. 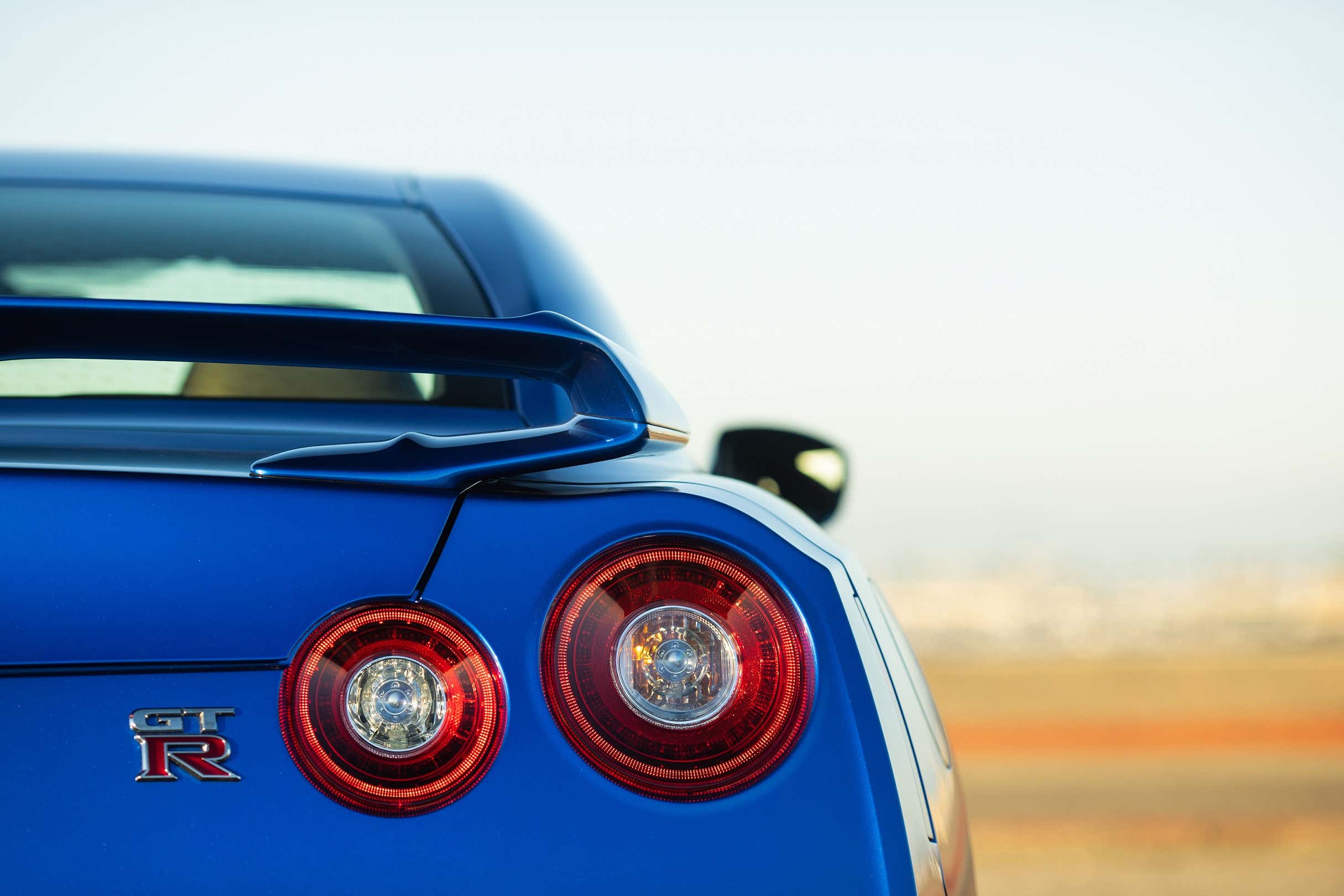 If you have more questions, I’m happy to answer them below. Here are my responses to your first set of queries:

Q: How many times can you launch it in a week? – pistonhonda

The answer I wish I could tell you, dear pistonhonda, is as many times as humanly possible (assuming, of course, that you have an unlimited budget for replacement tires). Starting back in 2011, Nissan made it such that if you launched your GT-R more than four times in a row, it would become unavailable for “cooling down” period.

If you do use launch control (R mode, in Nissan speak), make sure the coolant temp is between 140 and 212 degrees Fahrenheit and the transmission oil is heated to 140-266 degrees Fahrenheit. Also, never launch it cold. 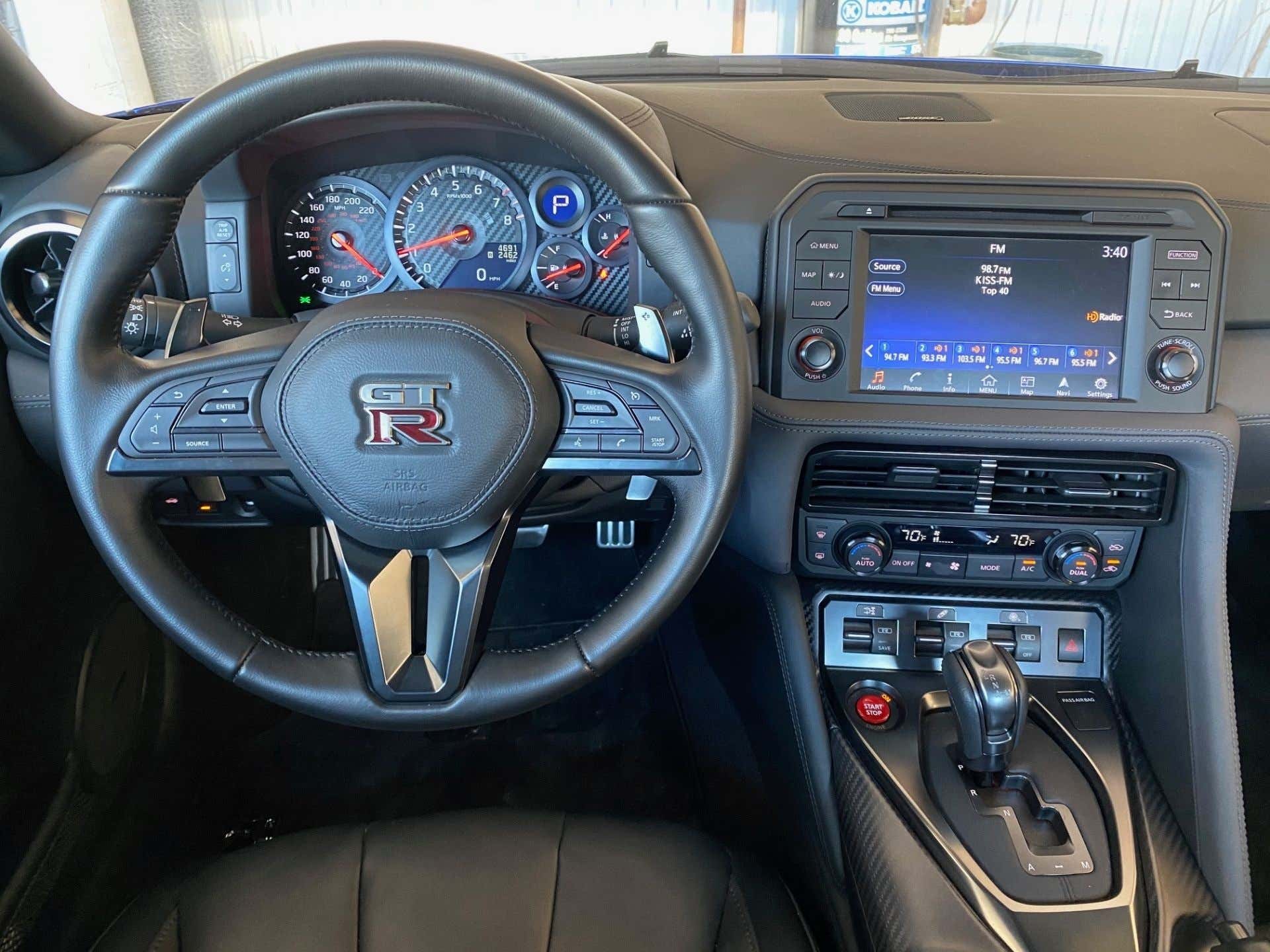 Q: Given that it’s very much a known quantity at this point, is there anything that surprises you or feels ‘new’ in any way? – jlt

Well, no. Not really, anyway. For 2021, Nissan added this Bayside Blue exterior color and removed the Track trim, but it’s roughly the same as it has been since this generation kicked off in 2009. That said, it’s still a thrilling supercar to drive even though I wouldn’t complain about an update. Is it worth $100,000? Hmm. I say if it brings you joy, then yes. If having the latest tech and safety features are key for your happiness, then no. 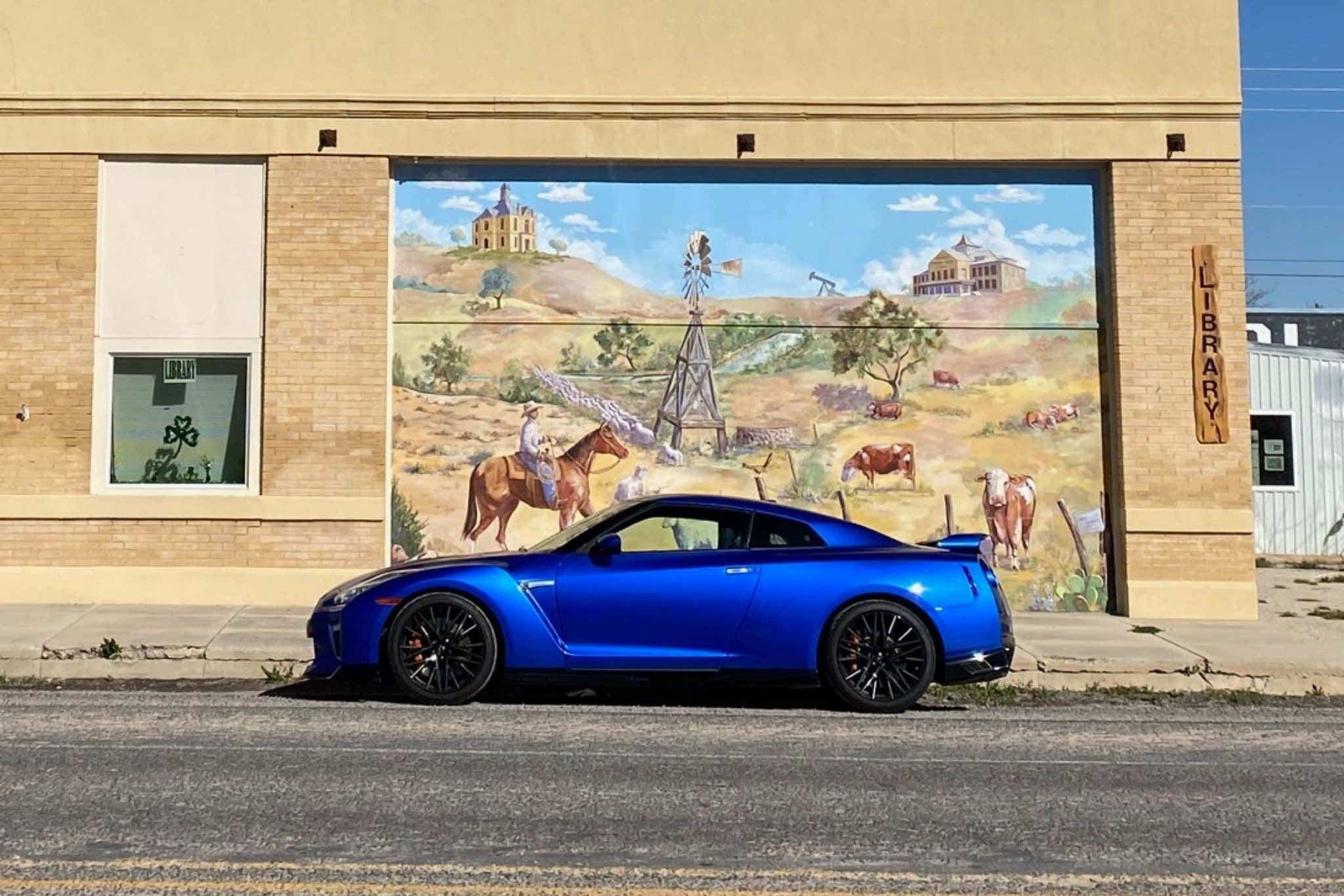 Q: Have they added blind spot detection yet? – Mike Dolson

Unfortunately, no. Nissan has not added blind spot detection to this vehicle, which is a glaring failure. In my opinion, all vehicles should have blind spot monitoring, especially two-door versions. 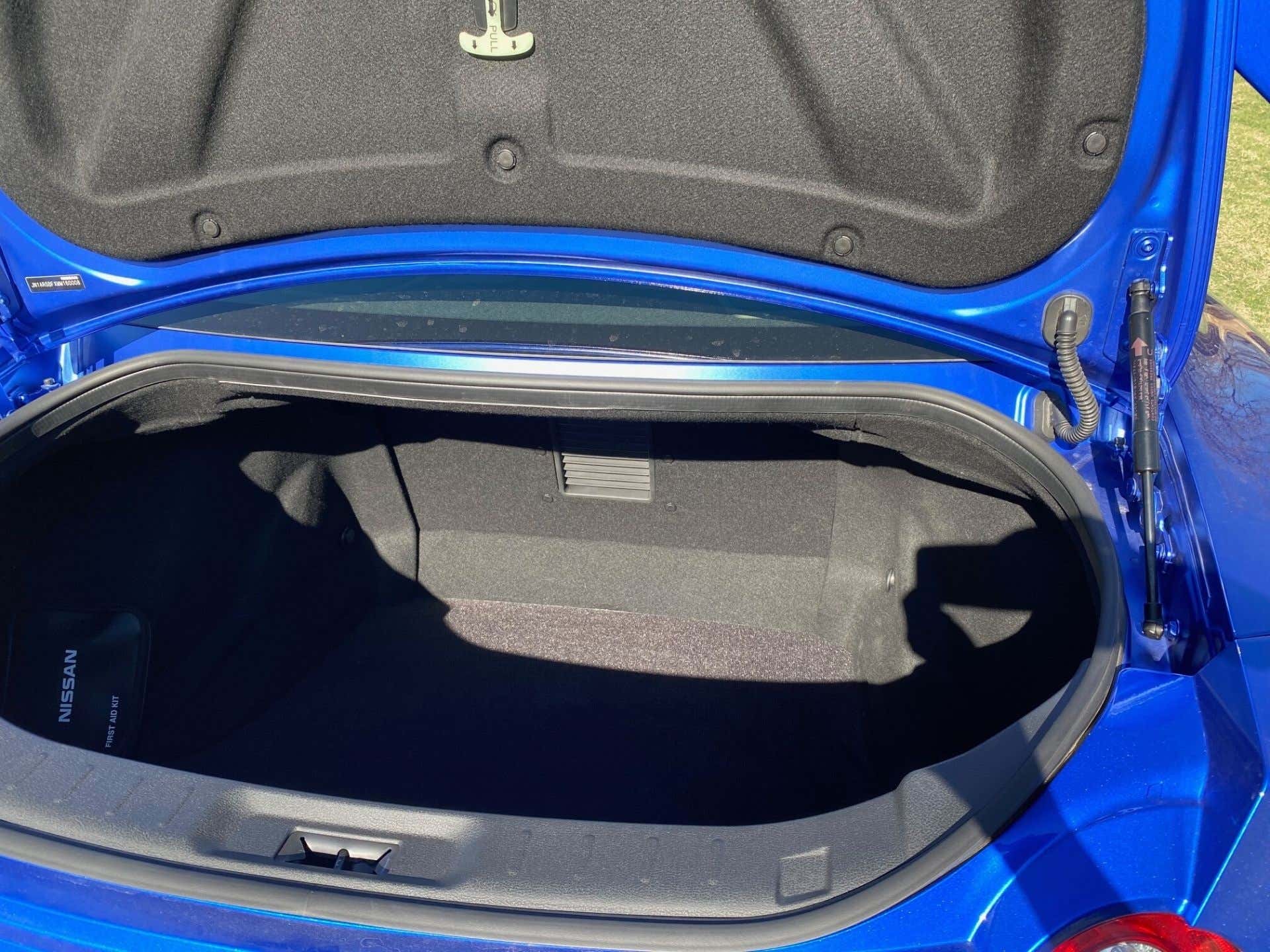 Q: Can I put a coffee mug in the cupholder and how usable is the grocery space? Would it fit my hockey bag and sticks? Most hockey bags are 6-7 cubic feet. – A Canuckistanian

You can absolutely put your coffee in the cupholder: there are two in the front and one in the back. I had two Starbucks cups in the front and they fit perfectly; which, to be honest, was a surprise to me too. The trunk is also deeper than you might imagine. I bought groceries for five while I had it and didn’t have a problem fitting in the space without breaking any eggs or mashing any loaves of bread. The total trunk capacity is 8.8 cubic feet, which is larger by nearly a cubic foot than that of a 2021 Audi R8. It’s also three cubic feet more spacious than the trunk in a 2021 Acura NSX. As for hockey equipment, my Canadian friend, I would have to test it out to be sure but I feel confident about individual sticks, not so much for a complete hockey bag. Eyeballing the narrow opening, it might be difficult. 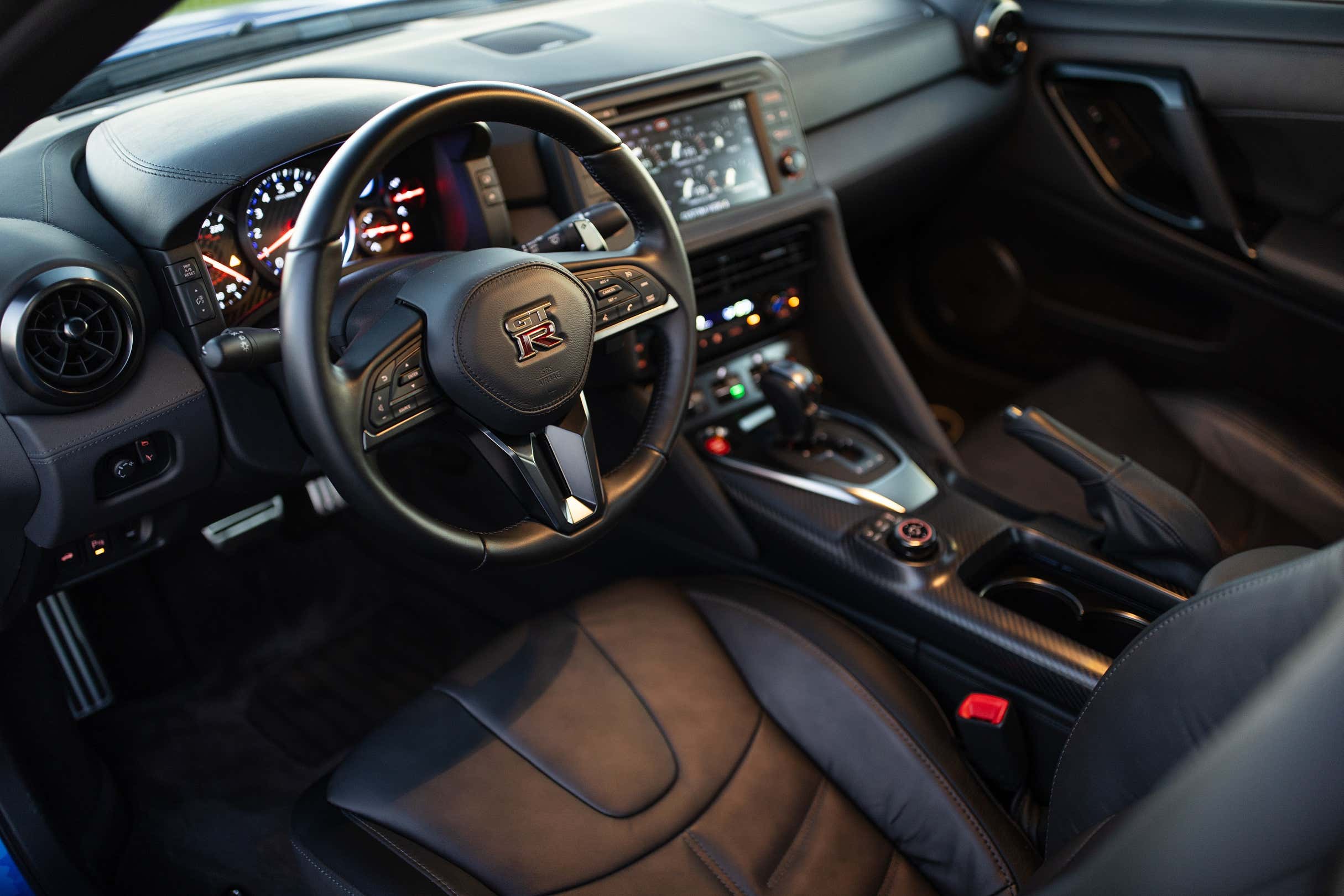 Q: Which is older, this or the Challenger? – Jimal

This generation GT-R launched in 2008, and the Challenger has had the same body style since 2008, so they are the same age. Both have aggressive acceleration and unapologetic brute strength, especially if we’re talking Hellcat and Red Eye versions of the Challenger.

Got a tip or have more questions? Send the writer a note: [email protected]