Alfa Romeo have identified George Russell as a specific thorn in their side as they try to progress up the Formula 1 pecking order.

The Swiss-based team are enduring a frustrating season following a disappointing 2020 campaign, in which they scored only eight points and were very much among the bottom three constructors along with Williams and Haas.

This term, they had hoped to push upwards and challenge their fellow ‘As’, AlphaTauri, Alpine and Aston Martin, but that has not happened so far as Alfa Romeo have collected a measly two points from the opening nine races.

Agonisingly, in addition to a 10th-placed finish apiece for Antonio Giovinazzi and Kimi Raikkonen, the duo have ended up 11th four times between them and 12th on three occasions.

One of the bugbears has been in qualifying where Russell, in a Williams that has been a direct competitor of Alfa Romeo both last year and this, has been wringing the neck of his car and at the Austrian Grand Prix gave his team their first Q3 appearance since 2018.

In the race, Russell remained ahead of the Alfas as he finished 11th, just missing out on his first points for Williams, while Giovinazzi was the higher-placed of the C41 drivers in 14th after Raikkonen collided with Sebastian Vettel and went off on the final lap. 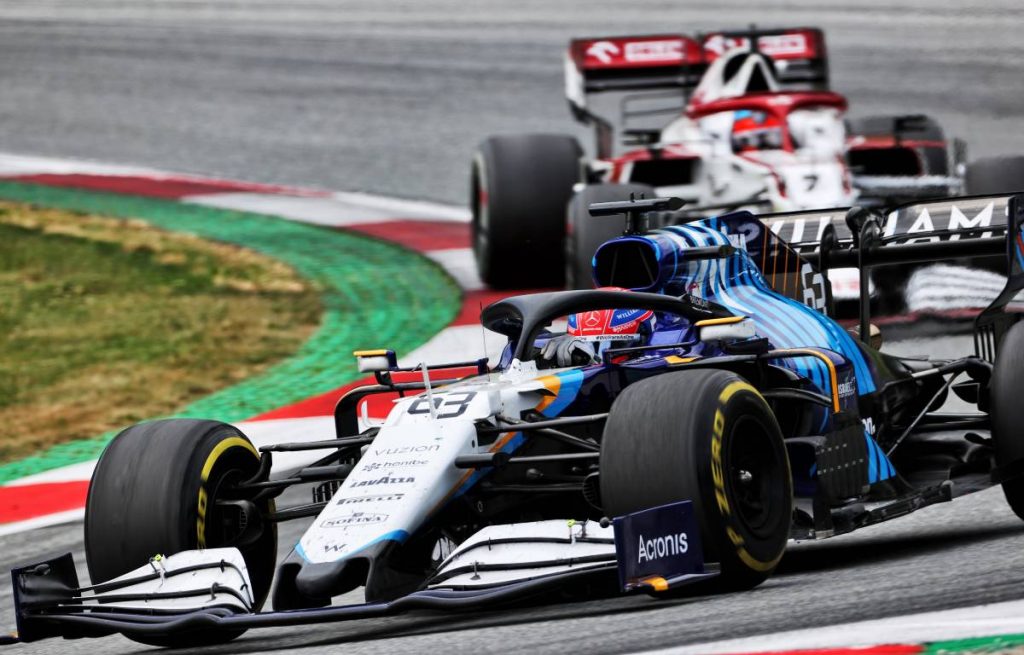 Xevi Pujolar, Alfa Romeo’s head of trackside engineering, believes his team still have the faster race car than Williams but that Russell’s spectacular qualifying performances are making a significant difference.

“It’s quick on the straights,” said Pujolar, quoted by RaceFans, of the Mercedes-powered Williams. “I can confirm that. Difficult to follow and to pass on the straights, but I think we have a better race car.

“I have to say Russell is quite especially doing a very good job in qualifying and we just need to work harder and match it or do better.

“But overall, I will say that in the race we were generally better in terms of pace.”

Pujolar thinks the 30-point deficit between his team, in eighth position in the Constructors’ Championship, and seventh-placed Alpine does not do Alfa Romeo justice.

“Austria is a specific track and Silverstone [next race] will still not be easy. But you can see that last weekend and this weekend, we can fight with them, we can race them [the midfield cars].

“Not only Russell, but we can fight here with Alpine, with Aston Martin, even one of the AlphaTauris. So everything is very tight.”