It’s the time of peace and goodwill to all men…and in the relationship between Charles Leclerc and Max Verstappen, there’s more of that now than there used to be!

In an interview with Sky Italia F1, Leclerc has revisited the acrimony that existed when he and the Dutchman were karting rivals.

The question referenced that the duo, who now race for Ferrari and Red Bull, are considered in some quarters to be the drivers most likely to be the next Formula 1 World Champion once Lewis Hamilton’s era of dominance is over.

Leclerc hinted he would be more likely these days than previously to send Verstappen a cheery Christmas message as he replied: “When we were little, we couldn’t stand each other. But with time, we are more mature now, we talk and there has been great progress.

“Max is a good guy but in the end, when we put the helmet on, it brings back the competition that was there back in the karting days.”

An example of that rivalry occurred in the recent Sakhir Grand Prix when both drivers had to retire on the opening lap.

Leclerc was found guilty by the stewards of causing a collision when his car hit the Racing Point of eventual winner Sergio Perez, with Verstappen running into the barrier as he tried to avoid the melee. 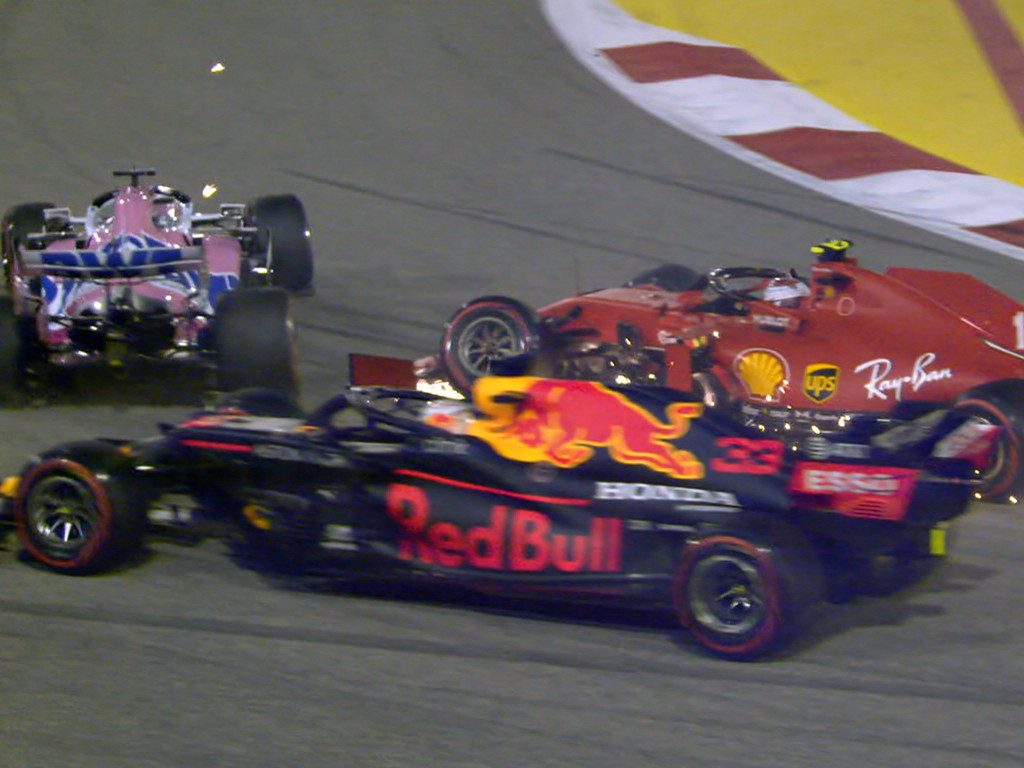 Verstappen described the incident as “totally unnecessary” and “stupid” and after a bit of verbal sparring in the media, the Red Bull man concluded by saying he did not want to reignite their old feud: “A b*tch fight is of no use to us.”

Also in Leclerc’s interview with Sky Italia F1, he insisted he still goes into races thinking he can win them even with a Ferrari team whose competitiveness plummeted in 2020.

The Monegasque driver won his first two grands prix in September 2019 but this season scored only two podium finishes, with the Scuderia ending up sixth of 10 in the constructors’ World Championship.

“We have to be realistic but also optimistic,” said Leclerc. “I’m here to get Ferrari to win in the shortest possible time, but it won’t be easy.

“But I believe it, I believe it every time I get in the car, even in a season like the one just passed.

“Every time I’m on the grid I think about victory. Even when I know it is difficult, when it is impossible and I know we need a bit of luck. But we have to believe it when we are in the car.”