Going into the Formula 1 Azerbaijan Grand Prix weekend at Baku, there is plenty of chatter about flexible wings, both front and rear.

Mercedes is complaining that Red Bull’s rear wing sits down under aerodynamic loading while it still passes the FIA tests. These tests are going to be made tougher at the French GP on June 20, but Wolff is keeping up the pressure, saying that there could be a protest in Baku.

At the same time, Red Bull has warned that it thinks the Mercedes front wings also bend under loading and might respond if there is a protest. Mercedes has responded by saying that the Red Bull front wings are the same and could also be protested.

The FIA is not going to move any faster than it has announced, and so Toto Wolff’s warning may be an attempt to scare Red Bull into not putting the same wings on the cars, in the hope that without them the team will score fewer points.

“We have been left in a limbo since a long time,” Wolff said at the Monaco Grand Prix a week ago. “We have flagged the flexible rear wing situation last summer, without having received any feedback and I understand some of the teams’ frustration when, making the concept of this year’s car, that this was an area that should have been tackled much earlier.

“Yes, we will need to modify our wing. We need to soften it. Our wing is extremely rigid, complying to the famous article 3.8 that it must remain immobile. The new test that has been introduced is a half-baked solution which is giving us opportunity and the whole thing can soften and can bend more in the future.”

It is all a big political game with Mercedes hoping that the FIA will wade in earlier that it says it will and that the FIA doesn’t want off-track antics to dominate the news. It’s a cat and mouse game, typical of a tight F1 season where every point counts and every trick in the political book is being used. But threats are only threats, we will have to wait and see who runs with what wings in Baku and then what happens.

The flexible nature of wings is one of the sport’s biggest grey areas because even if one can see on videos that the wings are bending under loading at speed, they are still able to pass the tests that the FIA has mandated. In such cases they wings are deemed to be legal and while the FIA can—and will—change the rules if teams push their luck too far. It does not want the focus to be on such matters.

But teams that are losing need excuses and so finding things wrong with rival cars is a good way to deflect attention away from their own flaws.

Meanwhile, if you are a Ferrari fan, don’t get your hopes up too much as Formula 1 heads for the streets of Baku in Azerbaijan this weekend.

At least that is the message that Ferrari’s racing director Laurent Mekies is trying to deliver.

“In Spain, the SF21 was clearly the third best car in the field,” Mekies says. “In Monaco, it even showed the potential to win, but the situation is set to be different in the next races, starting with Baku. This part of the season will be complicated for us. We expect a very strong McLaren, which should adapt very well to the characteristics of the circuit and therefore take the leadership of the group behind the two teams fighting for the World Championship, but we also believe that Alpine, AlphaTauri and Aston Martin will be very competitive.”

Monaco was not a great race because of the track configuration which made it virtally impossible for the 2021 cars to pass one another. But Baku is different. It has much faster sections and there are places where cars can pass. And it’s often a pretty wild race. 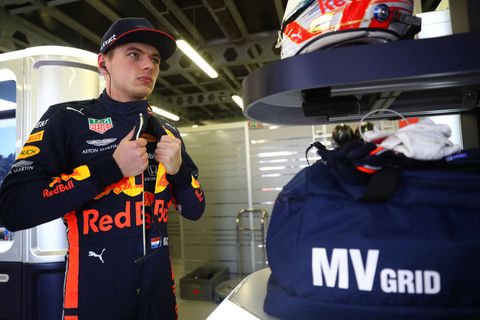 What about Red Bull?

Mercedes has won three of the four previous races in Baku and so Red Bull is expecting a stronger challenge than in Monaco.

“It has been a strong track for Mercedes in the past and so we’re not under any illusions,” says team boss Christian Horner. “I’m sure they are going to bounce back hard and we have got to go there and attack the weekend.”

But Mercedes boss Toto Wolff is not so sure, or he’s playing down the Mercedes potential.

“Nothing comes easy in this sport,” Wolff says, “and that’s why we love it. We know that if you are not at, or close to, 100 percent then it will bite you. On Monday morning after Monaco I saw the same energy as when we returned from the Bahrain test and that pleases me. We dissected the weekend, asked hard questions of ourselves, and learned some crucial lessons.

“While it’s a very different street circuit to Monaco, we expect it to be another tricky one for us, not particularly suiting the characteristics and traits of the W12. Red Bull will be strong again, while both Ferrari and McLaren have made great progress recently. A key focus for us has to be exploiting the opportunities available to us on those outlier tracks which aren’t suited to our car. When the points are there, we need to grab them.”

Championship leader Max Verstappen says that he’s not a fan of Baku.

“The track is OK, but probably not a favorite of mine if I’m honest,” says Verstappen. “I’ve never been on the podium there so it’s time to change that. Let’s see how competitive we are. I do expect Mercedes to come back strong there though.”