It was not a good time to be Red Bull during this past weekend’s Bahrain Grand Prix. Arguably, it was an even worse day to be Mercedes, right up until its rivals’ cars both failed, though certainly for Merc-powered teams outside the factory outfit it was all bad news. For the first time in a long time, though, it was an incredibly good day to be Ferrari, with Charles Leclerc and Carlos Sainz Jr. bringing home a 1-2 victory for F1’s longest-standing team. So are the prancing ponies really back to dominance or is it just every other team having a flop era?

The good news for the Tifosi is that if every other team does have monster performance capable of challenging Ferrari and just disguised it for the Bahrain weekend then they are working really hard on that. Not only does it look like Ferrari has the strongest power unit for the 2022 regulations by far, with previously hopeless backmarkers Haas suddenly putting two cars in the points and Alfa Romeo giving Valtteri Bottas a car to rival his old Mercedes team, but the reliability problems every other team is struggling with don’t seem to have affected Maranello—not yet, at least. 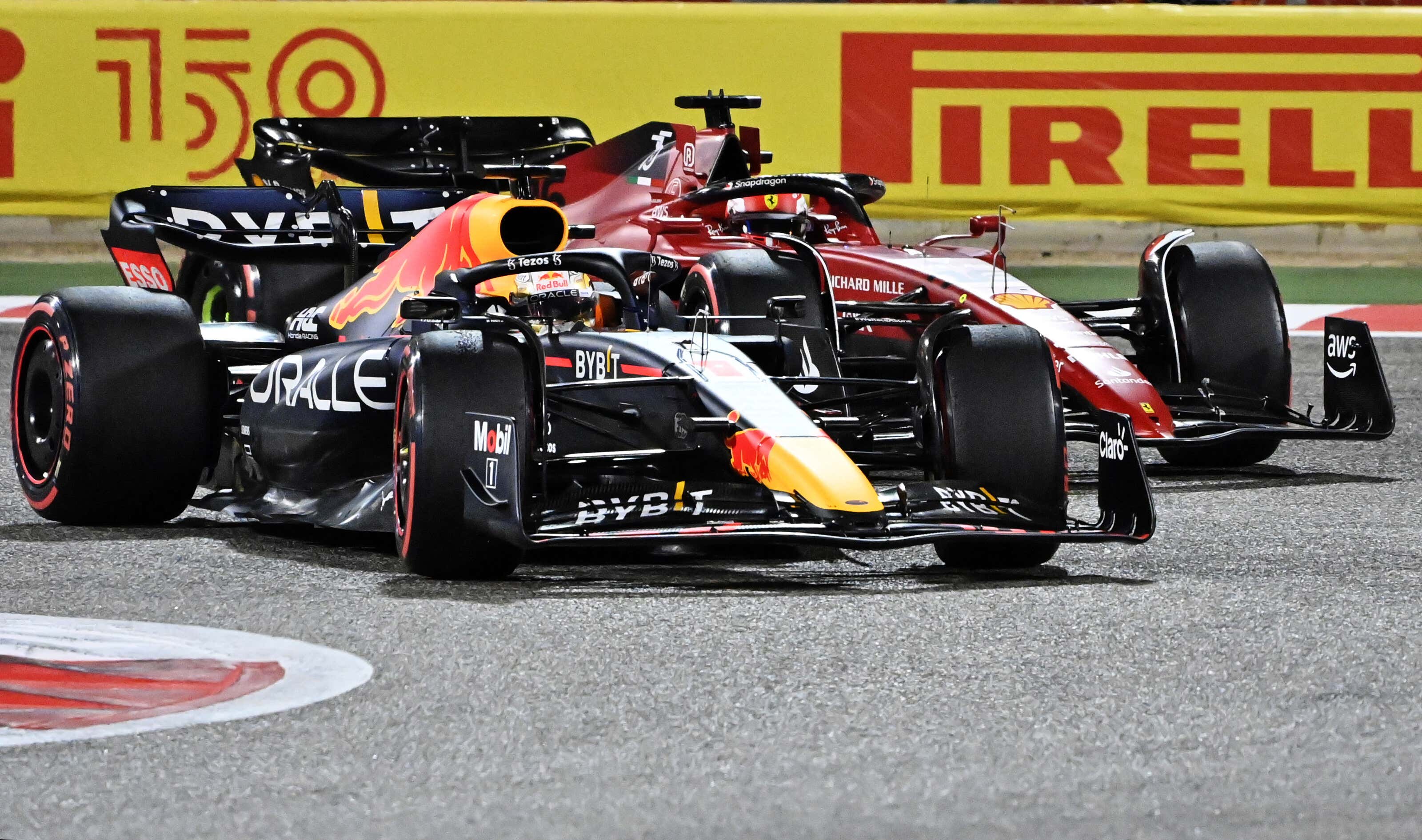 Haas and Alfa Romeo did not have an easy pre-season testing period. Even if you discount the effects of Russia invading Ukraine at Haas, it didn’t get many laps in during the Barcelona test and Alfa was in a very similar situation. There were fuel pump-related issues at Haas and Alfa Romeo’s car was being taken apart on-track by its own aerodynamics as a result of porpoising.

Ferrari, though, looked strong. Leclerc and Sainz were consistently at the sharp end of times and lap counts, and Mercedes’ George Russell said Ferrari and McLaren were the teams to beat after the Barcelona test. The good news for him is that Mercedes did beat one of those in Bahrain; the bad news is that it was newly terrible-seeming McLaren, where severe front axle overheating issues saw Daniel Ricciardo and Lando Norris pottering around at the back of the field, trying to avoid using too much brake.

If anyone was hoping that this performance might just be the luck of testing then the Bahrain Grand Prix has certainly proven that untrue. With the scene of Leclerc’s first near-race-win in mind, before an engine issue took him out of contention in 2019, it’s a sweet form of redemption to mount Ferrari’s comeback campaign from Sakhir. And make no mistake: in what was not at all a straightforward race, teams struggling with tires and making a three-stop strategy “work,” Ferrari made all the right calls.

A safety car on lap 46 explains why every team went for a relatively late-doors switch to the soft compound tires. But Ferrari was ahead of that with Sainz, responding to Red Bull being basically forced to double-stack both Verstappen and Perez into the pits to deal with major degradation issues. Hamilton and Russell in the Mercedes cars had also been forced to pit just before the safety car was called and it was really only Magnussen and Leclerc who took advantage of the caution to grab some fresh tires, of the top 10 drivers, with Leclerc having been told just beforehand that he had a significant tire degradation advantage over Verstappen behind. 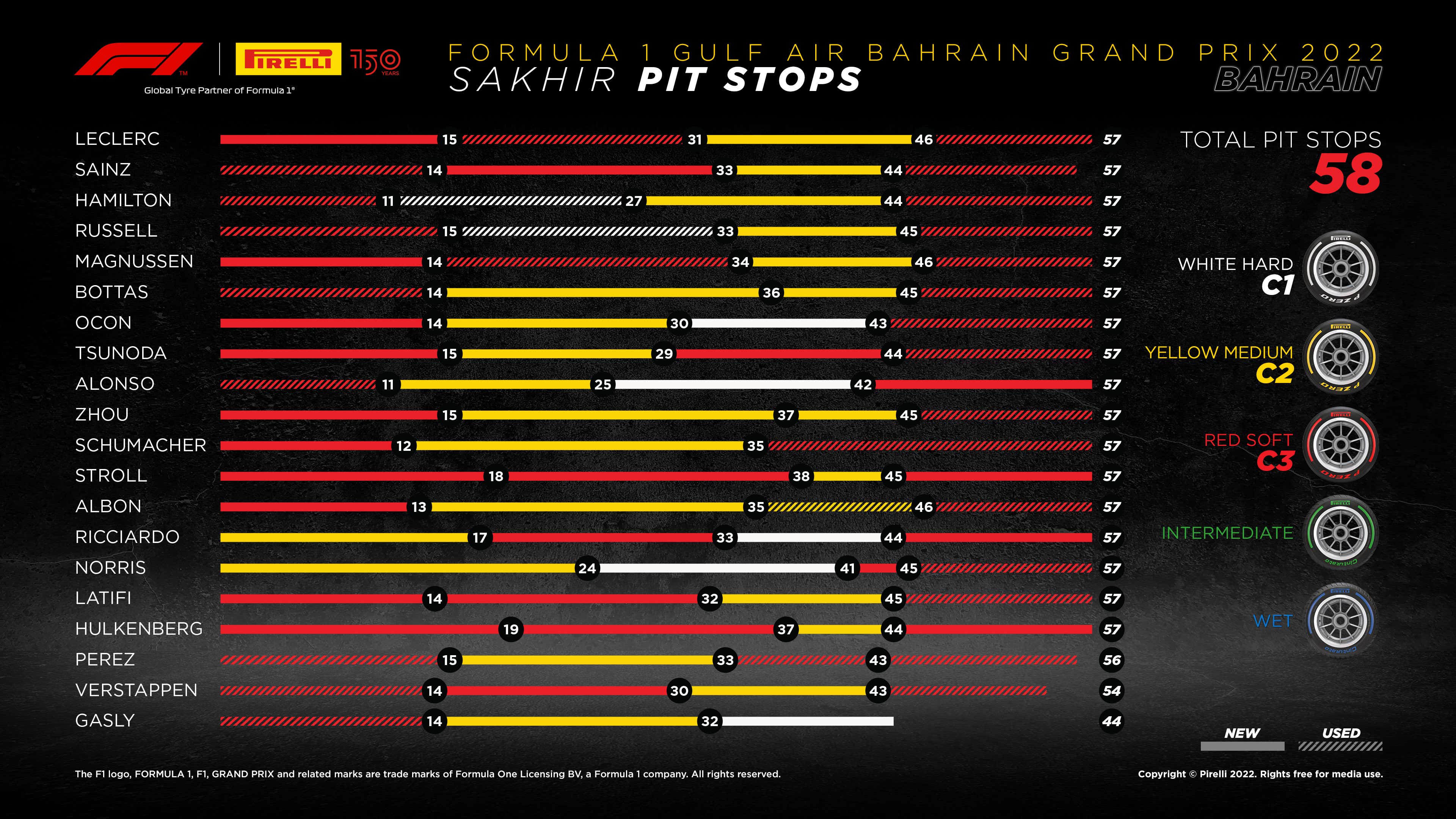 The really disturbing thing about Ferrari’s performance, for its rivals, is that while Charles Leclerc took pole and said he had a great car, Carlos Sainz Jr. said he had a lot of homework to do after what was quite a messy weekend for him. During the post-race podium interviews, he said, “For me, it’s been a very tricky weekend, I’m not going to lie. I didn’t have the pace today but I managed to hold into there and bring that 1-2 for the team. I have some homework to do over these next few days and I’m sure I’ll come back stronger.”

Starting in third, he was unable to keep pace with Verstappen and Leclerc ahead and was more than 10 seconds back from them for much of the race; so when he actually has a good race, anything could happen.

One of the factors that might have contributed to Red Bull’s downfall was a problem with its own power unit, in the sister-team car of Pierre Gasly. His MGU-K had a serious failure after 45 laps and his car ended up in flames at the side of the track, having burned out its electronics so severely it was completely dead, Gasly coasting to a halt with a blank steering wheel display.

That’s unfortunate but not the same thing that went wrong on either of the bigger teams’ cars, which the team said after the race was fuel pump-related. F1 cars have multiple fuel pumps, the lower of which (the lift pump) in the chain is now a standardized part across teams, as part of the 2022 regulations. The primer pump, however, is designed by the teams themselves and was subject to inspection for all cars that qualified in the top 10 on Saturday.

Especially by the end of a Grand Prix, F1 cars are running very hot. The cooling systems on the car basically rely on it being at high speeds for airflow, which makes perfect sense given that is what Formula 1 cars do normally. However, behind the safety car, that isn’t the case. Formula 2 drivers had complained, after their feature race, that the the most powerful safety car F1 has ever had was going so slowly that they were “in third gear on the straights” which is bad enough for an F2 car and pretty dire in F1. It effectively forces drivers to weave to try and keep heat in tires and brakes, pretty much cutting off cooling effects, at the same time as putting stop-start demands on the engine.

Ferrari, in 2019, lost what had looked like a significant power unit advantage in the opening rounds of the season, due to potentially not completely legal fuel flow. The FIA never announced and no one has ever clarified since exactly what it was Ferrari may or may not have been doing to make its fuel flow meter possibly show something different from what it perhaps should have. That said, measures that came in from 2020 onwards to prevent something that might or might not have been happening certainly seemed to turn Ferrari’s car into a glorified tractor.

In the subsequent two years, Ferrari has been working on its power unit specifically for this season. The regulations freeze development until 2025—only replacement for reliability issues is allowed, no upgrades, at the behest of Red Bull while it tries to get its powertrains division up to speed. Oof.

Sainz actually spotted a problem on Verstappen’s car before Red Bull did, possibly indicating it went further than the fuel pump. After the race, he said he’d taken his opportunity to pass Verstappen because “suddenly I started seeing some flashing red lights on the back of his car and I said, ‘OK, this is my chance’ and I went for it.”

Ferrari, meanwhile, was so confident that Charles Leclerc took the opportunity for some radio japes before the checkered flag. “I did a bit of a joke on the radio on the last lap, saying that there was something strange with the engine, which gave a heart attack to some of the engineers I’m sure, but everything was fine,” said Leclerc, referencing the failure that had stopped his 2019 win. “So yeah, very happy that this time we brought it home.”