The latest version of Gran Turismo Sport is now available on PlayStation 4. Weighing in at 1.9GB, it brings a variety of new content — though those that caught last weekend’s World Tour action at the Nurburgring should already know most of it.

From a new tarmac circuit location to a handful of cars, read on for all the details. 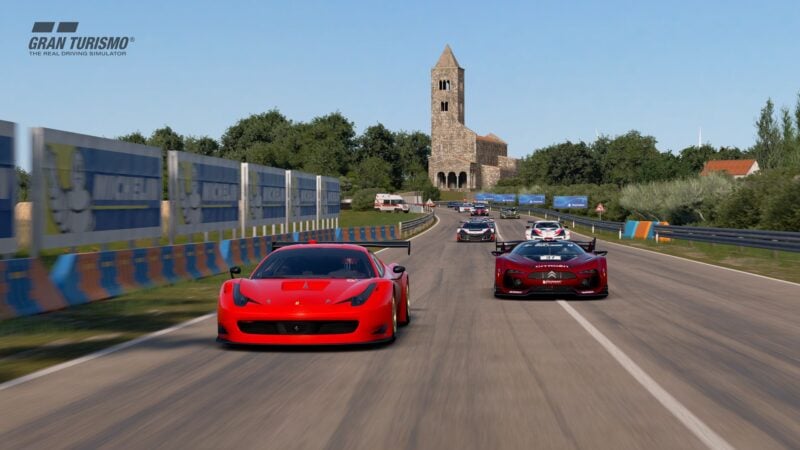 Sardegna already exists in GT Sport, but as a rally location. This new track swaps out the dirt for tarmac, however. There are three layouts, from the largest 3.17-mile loop to a short 1.65-mile sprint. If you’re wondering what a lap looks like, you should check out the Nations Cup final from Saturday. It even features one of the new cars…

The car additions return this month, with a smaller five-car group.

Four of the cars are road cars. Three of these should be familiar to long-time GT players, as the 2000 Renault Clio V6, 1965 Toyota Sports 800, and 1969 Chevrolet Camaro Z28 were all available in GT6. The Sport 800 gets the biggest makeover, as it was a PS2-era Standard back then.

Joining it in the Toyota lineup — and lending credence to the rumor of a Gran Turismo exclusivity deal — is a 2019 Toyota Tundra TRD Pro. It might not be quite as hardcore as the F-150 Raptor, but it should make for some entertaining truck-on-truck action for those so inclined.

Finally, there’s the latest evolution of the Adrian Newey-designed Red Bull X-series car. The X2019 makes a few notable changes to the formula inside and out. Polyphony has massaged the aero package for closer on-track fights, and the old turbo V6 is out for a slightly larger atmospheric V12. 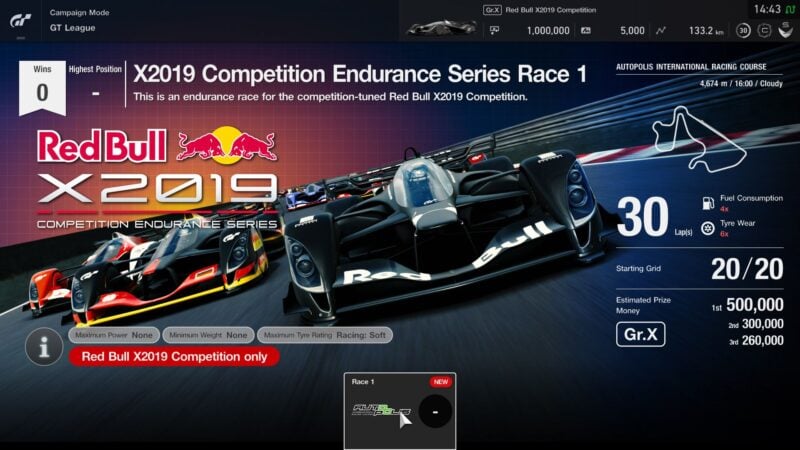 Continuing tradition, version 1.40 brings with it a bunch of new single-player content for players to explore. Heading up the list is a new 30-lap endurance race exclusively for the new X2019. Other additions include: 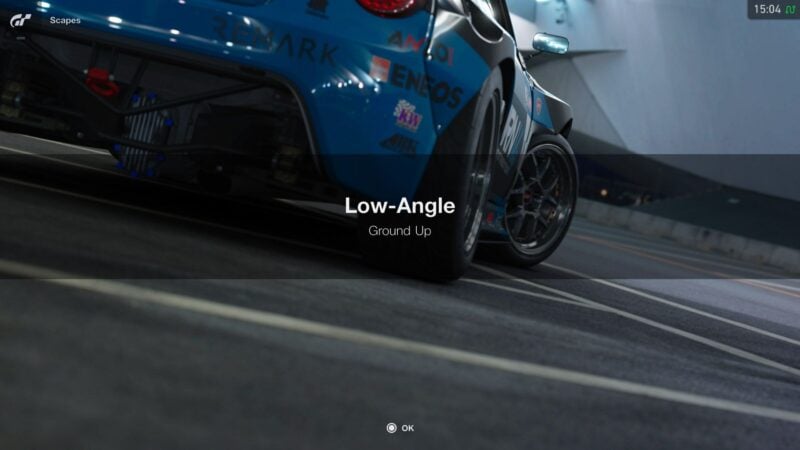 When a track arrives in GT Sport, it’s pretty much guaranteed a relevant Circuit Experience will drop the month after. That’s the case here, with a learner’s lap of Goodwood now available.

There’s also a new selection of Scapes, all focusing on those hero-style, low-angle types of shots. That should make the new Tundra look even more massive…