A year ago, Formula 1 pledged all its race weekends would be sustainable by 2025, and that the world’s premiere open-wheel series as a whole will become carbon-neutral by 2030. No net carbon dioxide resulting from this globe-spanning, multibillion-dollar entertainment product, no siree Bob. What getting there will take isn’t certain, but for two big reasons, one thing it definitely won’t involve is electric race cars.

Not just because the FIA has agreed not to sanction any electric open-wheel series competing with Formula E until at least 2039, but because electric vehicle technology isn’t up to the job of providing a similar spectacle on track. The racing just isn’t the same without exploding dino juice. And won’t be any time soon. 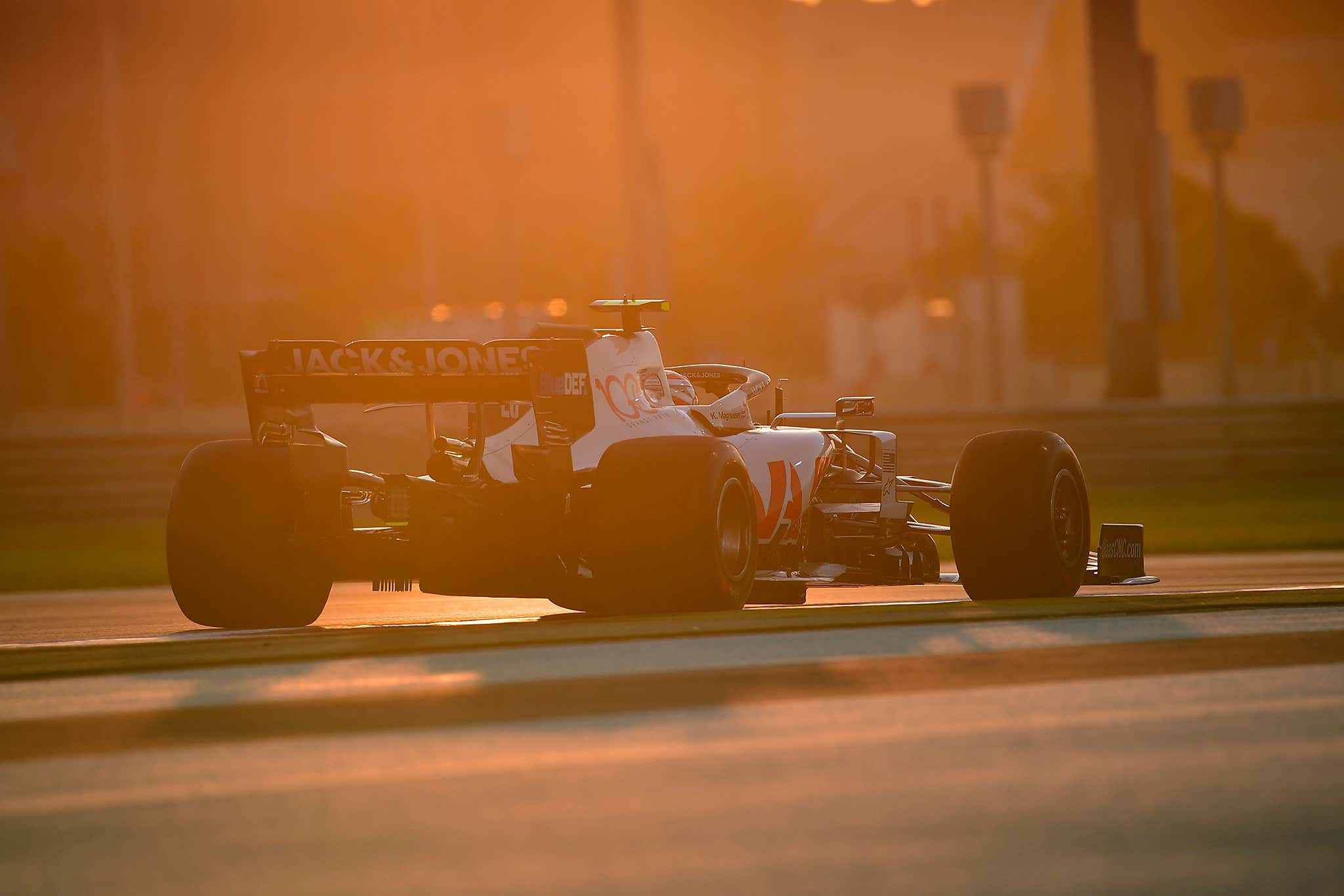 The reasons why boil down to the amount of energy required to complete a 189.5-mile Grand Prix, plus the task of storing said energy. This isn’t a difficult quantity to determine. F1 cars are allowed 242.5 pounds (110 kilograms) of grapefruit-scented fuel per race, which at gasoline’s usually energy density of 12,889 Watt-hours per kilogram (Wh/kg) brings a full tank’s potential energy to a hair over 1,400 kilowatt-hours (kWh).

But F1 cars only convert just over 50 percent of this potential energy into horsepower, meaning the amount of propulsion actually generated by the combustion engine is just north of 700 kWh. Hybrid energy recovery systems (ERS) are also allowed to chip in 1.11 kWh per lap, bringing total energy expenditure over race distance to somewhere just over 750 kWh.

Obviously, not every joule of those 750 kWh actually needs to be stored on board; regenerative braking would play a significant role in getting cars to the checkered flag. But it would only contribute a minority of the energy used over race distance. Estimates as to regenerative braking’s range-extending capabilities in a racing situation range from as little as four percent in the case of an electric superbike simulated by IEEE researchers in 2017 to as much as 25 percent, a figure provided to me by a race team that campaigned an electric-converted Subaru Impreza race car in SCCA Autocross. When consulted, they recommended we consider a figure closer to 20 percent to account for F1’s drag-heavy aero, which is said to generate almost 1 g of deceleration at high speeds on its own.

Lithium-ion batteries, such as those used by Tesla, offer maximum energy density of just 265 Wh/kg according to the University of Washington’s Clean Energy Institute. That’s scarcely a 48th the density of gasoline, and would require a lithium-ion battery weighing 5,200 pounds. 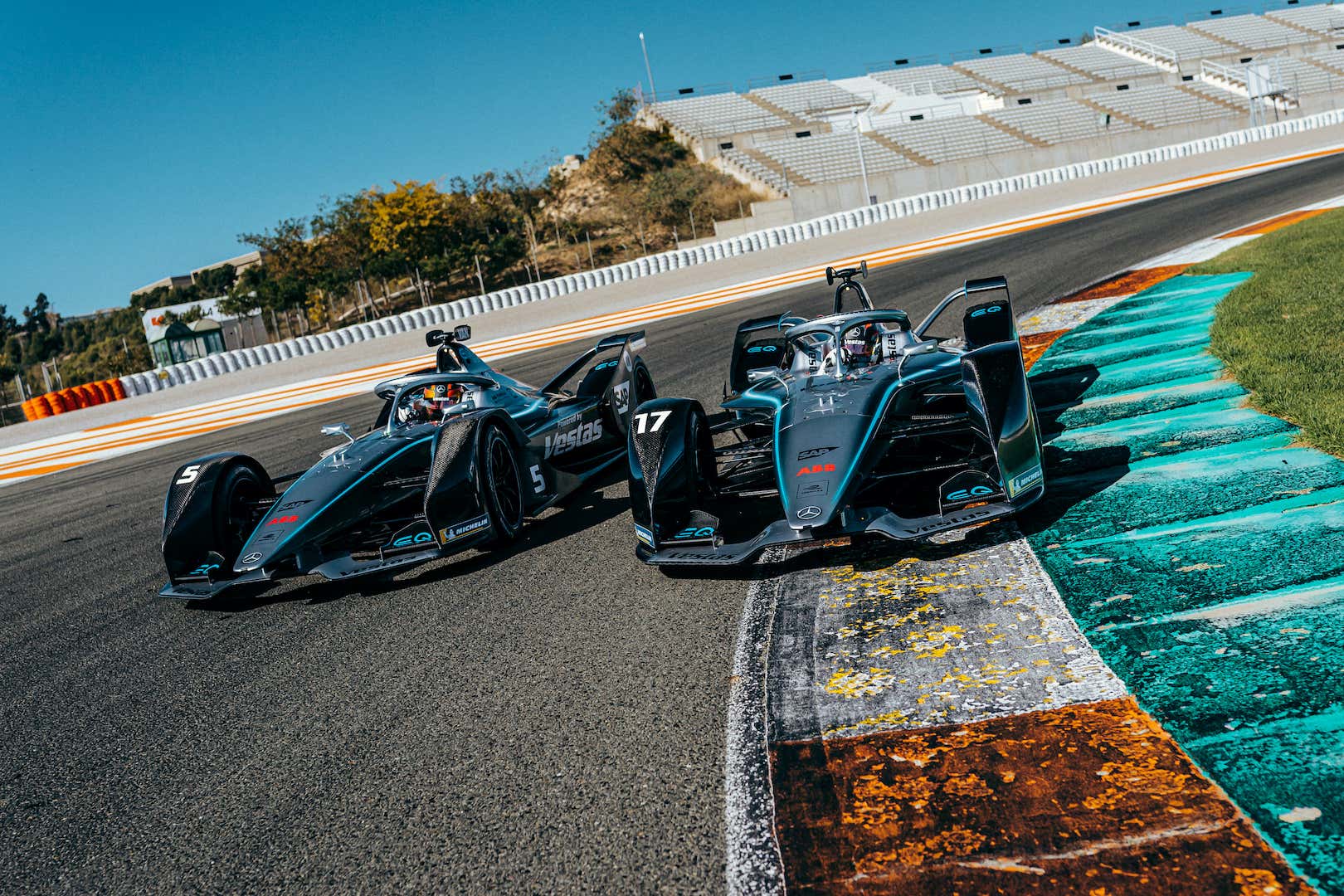 Writing off a battery that size as necessary doesn’t fly for a multitude of reasons, chief among them being the laws of Newtonian physics. Larger masses require proportionally more energy to accelerate, and hustling just that 5,200-pound battery around a track at the pace of a modern F1 car for the distance of a Grand Prix requires 1,674 kWh of energy, or a good 38 percent more than Doc Brown needed to send a DeLorean DMC-12 back to 1985. (Rocketry involves a similar set of equations; calculating the amount of propellant needed to deliver a payload has to account for the weight of the fuel itself.)

Promising near-future energy storage technologies don’t magic-wand this problem away, either. Some of the latest tests of supercapacitors—graphene oxide in the case of a 2019 study—demonstrate energy density inferior to that of lithium-ion batteries at their best, 206 Wh/kg, so they’re out of the question.

Solid-state (or solid-electrolyte) batteries offer energy density markedly better than that of lithium-ion chemistry, but even at 410 Wh/kg, the maximum energy density for sulfide solid-state batteries suggested by an August 2019 study, a 625-kWh battery still weighs in at an unacceptable 3,361 pounds, and requires 1,082 kWh to keep pace with an F1 car for the duration of a race.

Keeping energy consumption under control, then, inescapably requires weight be kept to a minimum, which forces the battery pack down to a size where completing a Grand Prix on one charge becomes impossible. Mid-race energy replenishment then becomes the focus, though none of the available options mesh well with F1 as we know it today. Fast-charging can’t take place quickly enough to occur during a race, battery hot-swaps are unthinkable for a series that doesn’t permit hot-pit refueling (never mind rushed fumbling with high-voltage circuitry), and car swaps would put F1 squarely in the footsteps of Formula E, which graduated past the practice as soon as technology allowed.

Now, let’s hang a quick U-turn and get pedantic: None of these obstacles aside from the political one can really stop F1 from going electric. They’ll just prevent F1 as we think of it today—the technological pinnacle of motorsport with its (almost) unrivaled speeds over 189.5-mile Grands Prix—from doing so.

There’s every possibility that F1 could surprise the world, and compromise on either car speeds or race format, though neither possibility looks likely. Abandoning its lap record-smashing downforce divas of today could produce some sort of strange efficiency playground akin to a big-budget Formula Sun which, while not unappealing by any means, isn’t what V10-worshipping traditionalists would watch.

As a mass entertainment product, F1 only stands to gain by appealing to that demographic, whose attention might be held by electric cars that could keep up with today’s championship-leading Mercedes. But because of the energy storage limitations we’ve spoken of here, they’d have to compete over a shorter, more frantic sprint race format. Such seems to be the end goal of Formula E, and again, F1 doesn’t want to follow in the upstart’s footsteps.

In all likelihood, F1’s carbon question will be answered in some way that doesn’t compromise on its winning formula of loud, fast cars. That’ll almost certainly involve continued use of energy-dense liquid fuels, be that elemental hydrogen or carbon-capture gasoline as F1 is reportedly researching.

Make no mistake, hybrid systems should play as big a role as they can (we advocated for completely delimiting ERS in 2018), but as explained here, they can’t take center stage with any tech imaginable today. None of this is to say humanity won’t devise some sort of battery that can power an electric equal to today’s F1, and somehow solve the transportation industry’s carbon conundrum while it’s at it, but betting on such a miraculous technological leap is about as wise as backing another Rich Energy race team.