Not for 38 years has a country staged three F1 races in a single season – and Italy’s trio of 2020 grands prix begins at the iconic venue of Monza.

In 1982, the USA landed a hat-trick of F1 weekends at different venues. This is the first time it has happened in Europe, however, with Mugello hosting the Tuscan Grand Prix a week later and Imola staging the Emilia Romagna Grand Prix on November 1.

Monza is. of course, synonymous with Ferrari, but the hordes of red-clad tifosi will be absent this time – which is just as well considering the dreadful form the Scuderia have been producing this season.

Charles Leclerc gave Ferrari a home victory in 2019 to a rapturous reception but this time it would be a shock if Mercedes were denied – Lewis Hamilton has won five races out of seven this term and is the overwhelming favourite to continue his relentless march towards a record-equalling seventh World Championship title.

The start times for the Italian Grand Prix are as follows:

Where does the Italian Grand Prix take place? 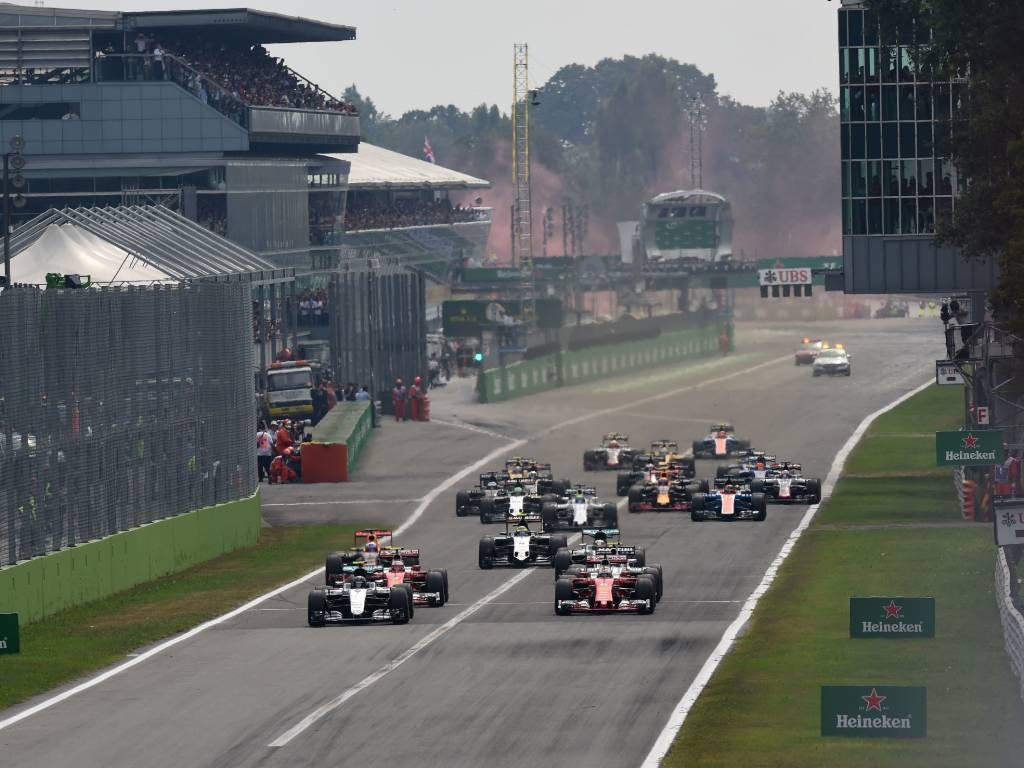 Known as Italy’s ‘Temple of Speed’, Monza originally had a banked track built in 1922 which has long since been abandoned, and the modern circuit in the Royal Villa park boasts fast, sweeping corners and long straights.

Some of the corners have been tightened a little in the interests of safety in recent years and chicanes brought into play.

It has some of the most famous parts of circuits on the whole F1 calendar, most notably the double Lesmo turns, the Ascari chicane and the Curva Parabolica that leads back into the pits straight which is 1,120 metres long.

Monza has been the home of the Italian Grand Prix every year but once since 1950, but it will be a completely different spectacle this time without the tifosi creating their unique atmosphere.

Where can I watch the Italian Grand Prix on TV?

Pay-TV broadcaster Sky Sports will show the entire race weekend on its dedicated Sky Sports F1 channel. You can also access a live stream of the coverage via Now TV.

Free-to-air broadcaster Channel 4 will show extended highlights from qualifying and the race.

Subscribers to F1’s own app can hear radio commentary on the race proper from the BBC and access live data throughout every session.

PlanetF1 will carry live timing and expert commentary on every session of the race weekend, from FP1 on Friday morning to the race on Sunday afternoon.

The Spanish Grand Prix will be shown live on TV on the following outlets in other key markets:

What are the odds for the Italian Grand Prix?

Latest bookmaker information shows that Lewis Hamilton is again a red-hot favourite for a victory that would build an even bigger lead in the World Championship standings which already stands at 47 points. Only his Mercedes team-mate Valtteri Bottas and Red Bull’s Max Verstappen, who regularly share the podium with Hamilton, are regarded as having any chance of halting the Briton’s winning streak.

Here are the leading odds from bet365:

What is the weather forecast for the Italian Grand Prix?

Which drivers have won the Italian Grand Prix? 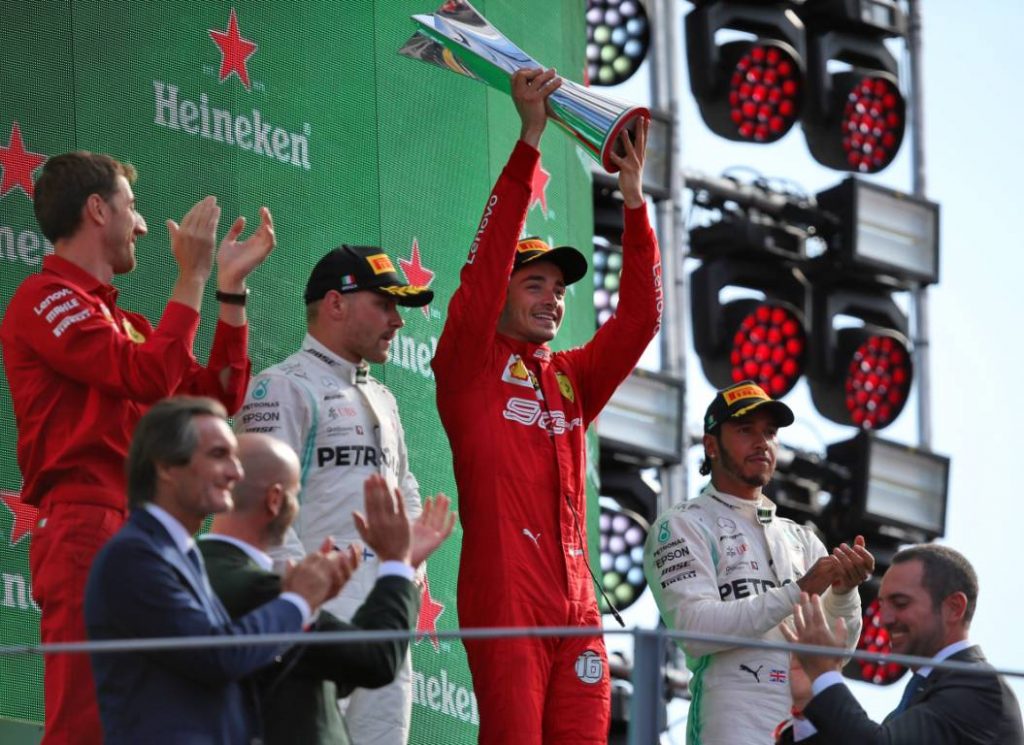 Although he finished only third to Charles Leclerc last year, Lewis Hamilton would have the most Italian Grand Prix wins of any driver in history (six) if victorious this time.

The Briton currently shares that record with Michael Schumacher, whose mark of seven World Championship titles he is well on course to equal before the end of this season.

The only other drivers who will be taking part in Sunday’s race that have won at Monza before are Ferrari duo Leclerc and Sebastian Vettel – although both look highly unlikely to repeat their successes.

Vettel’s triumph in 2008 was his first in F1 – he became the sport’s youngest race winner at the time, aged 21 – on a wet weekend when the podium was filled out by Heikki Kovalainen and Robert Kubica.

The last 10 winners of the Italian Grand Prix are as follows:

What are the latest F1 Championship standings?

Seven races into the season, here is how both of the 2020 Championships look at the top end:

We're back and soon to be on track. ?️?
Here are the first eight #Fit4F1 compound choices.
More #F1 info: https://t.co/HeqduDevpD pic.twitter.com/WyvfhU8FUI

It’s familiar territory for the teams at Monza because for the sixth race out of eight this season, Pirelli are providing the C2, C3 and C4 as the hard, medium and soft compounds respectively.

With direct comparisons being made between Monza and Spa, which hosted the Belgian Grand Prix, in terms of downforce settings, tyre wear could be similar to how it was last week.

The main difference, however, may be track temperature, which could be around 10c higher than in Belgium with hot, sunny conditions expected for northern Italy.