Magnus Racing has revealed a special livery for this weekend’s IMSA WeatherTech SportsCar Championship round at Lime Rock Park commemorating the 50th anniversary of Apollo 11.

The Lamborghini Huracan GT3 Evo shared by Andy Lally and John Potter will be decked out in black-and-white colors similar to those seen on the Saturn V rocket that propelled Neil Armstrong, Buzz Aldrin and Michael Collins to the Moon during the landmark space mission.

Magnus will also run car number 11, instead of its usual 44, for Saturday’s race, with the team also getting special dispensation to run a black number panel instead of the green usually reserved for the GT Daytona class.

“We wanted to do something special to mark the occasion, and we felt this was the best way we could honor the event,” commented owner-driver Potter. “Space exploration and the historical significance behind it has always been something I’ve held a long admiration for, so this is a very personal project to me.

“Obviously the Apollo 11 mission is an amazing tribute to human ingenuity and creativity, and that’s something that translates extremely well to our sport.

“I’m glad we could pay tribute, and of course I appreciate everyone on the team, as well as IMSA for some of the accommodations they’ve made to change our number and color panel, for making this a reality. Hopefully we can pay the ultimate honor by bringing home a win.”

Lally added: “We’re excited to pay tribute in our own way. The camaraderie and team mentality required through the entirety of the Gemini and Apollo programs was unlike any in history, and that’s an ethos that any successful race team has to embrace.

“The heroism from the astronauts themselves is incredible, but at the same time the effort and attitude from everyone on the project deserves incredible praise. We hope to represent well at Lime Rock.”

Lally and Potter lie fourth in the GTD points standings ahead of this weekend’s Lime Rock round, having taken a best finish of second at Sebring alongside Spencer Pumpelly. 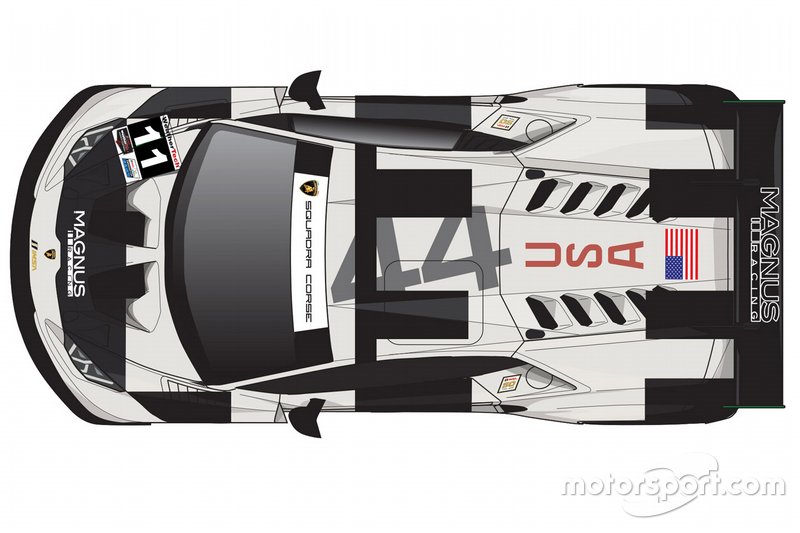