The Woking-based team took new parts to the Nurburgring but after running them on Saturday and Sunday, Carlos Sainz was not happy with them despite finishing in P5.

“Definitely happy with the final result after the 60 struggling laps I did,” said Sainz.

“I never felt in contention with the battle unravelling in front of me. I have to be happy because I think we extracted the maximum, but when the feeling with the car is not good and I had so much graining it’s difficult to accept.

“I wasn’t very happy with the feeling of the car and the way the race went. I was struggling with the balance, very similar to qualifying.”

Norris, who was not running those upgrades, was quicker than his team-mate in qualifying and ahead in the race before he retired. Given that, McLaren are taking a step back and re-introducing the parts again.

“We want to take it step by step,” Key told Motorsport.com.

“We confirmed the configuration we were happy to start this weekend with, and we’ll be doing the work we intended to do on Friday this weekend and next weekend to gradually re-introduce the new parts and quantify them accordingly. That’s our plan.

“It’s a slight hybrid from what we have. We have the Lando spec of the car, effectively, from the Nurburgring to start with here [at the Portuguese Grand Prix]. That incorporates a new nose.

“I know it’s homologated but actually, it’s working absolutely fine and just as we expected, so that part is very much current-spec now, we’re happy with that.” 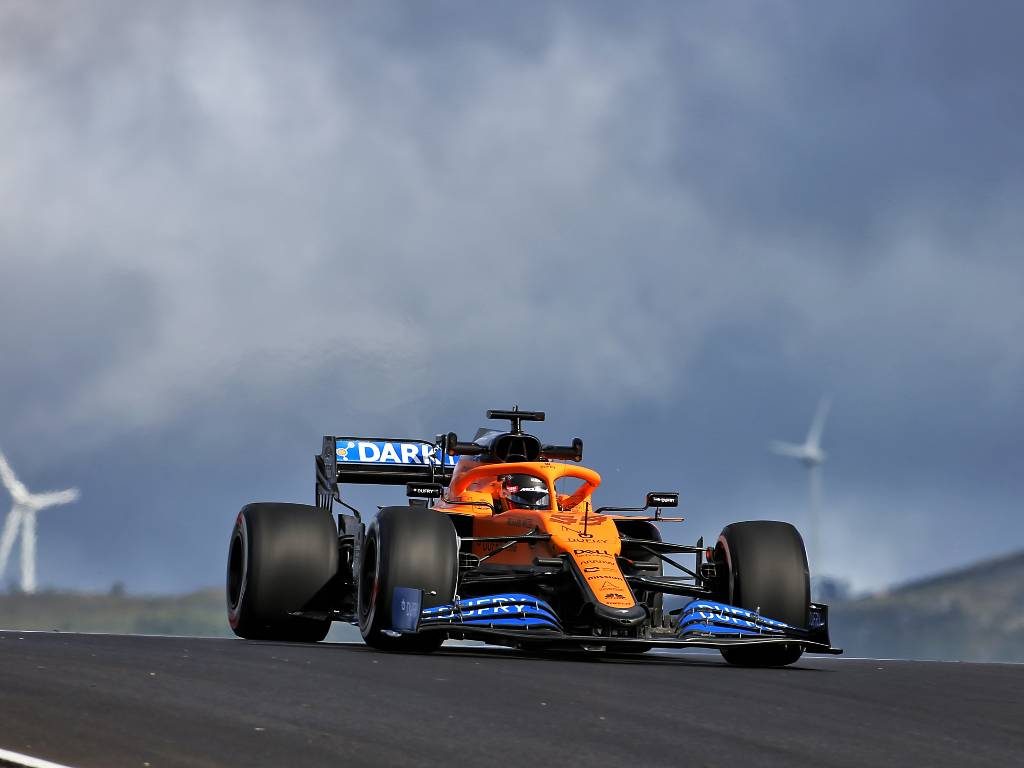 That being said, the team are still introducing new updates at Portimao that were not taken to the Nurburgring. However, they will be tested in the practice sessions before it’s decided whether they will be used for the race.

“We’ve got some additional updates to bring this weekend as well. We’re going to be testing those today. At least one of those could remain on the car for the rest of the weekend,” Key added.

“And then with the parts we have at the Nurburgring which we didn’t get to test, we’ll doing exactly what we wanted to do then, here.

“We’ll introduce the parts bit by bit, and review them and understand them in their own right as we go and seal that up as a package.”