Whether it is out of five, 10 or 100 is unclear, but Nikita Mazepin would rate the start of his F1 career as a “four”.

Mazepin arrived in Formula 1 with a reputation as a potential bad boy after some of his F2 adventures, and did nothing to avert that unwanted tag when condemned by the Haas team just days after signing for them for posting an offensive video on social media.

The reaction to the Moscow-born driver in the paddock has not been too severe so far, but he has got under the skin of some of his rivals with a variety of questionable on-track moves – none more so than his own team-mate, Mick Schumacher, in the Azerbaijan Grand Prix.

The weekend in Baku still resulted in Mazepin’s highest F1 placing so far, 14th position, despite being overtaken by Schumacher in a drag race along the main straight to the chequered flag.

The 22-year-old has now been asked to rate his own performance for the season so far, which he freely admits has improved considerably from a dreadful start when he spun out of the Bahrain Grand Prix after negotiating only three corners.

“If I had been asked after Bahrain, I would have given myself a very low score,” said Mazepin, whose father, Dmitry, is the main sponsor of the Haas team.

“But after careful analysis of the past races, the reason for my quite bad results and turns in the first three races was the car itself. After that, I would probably have given myself a four.” 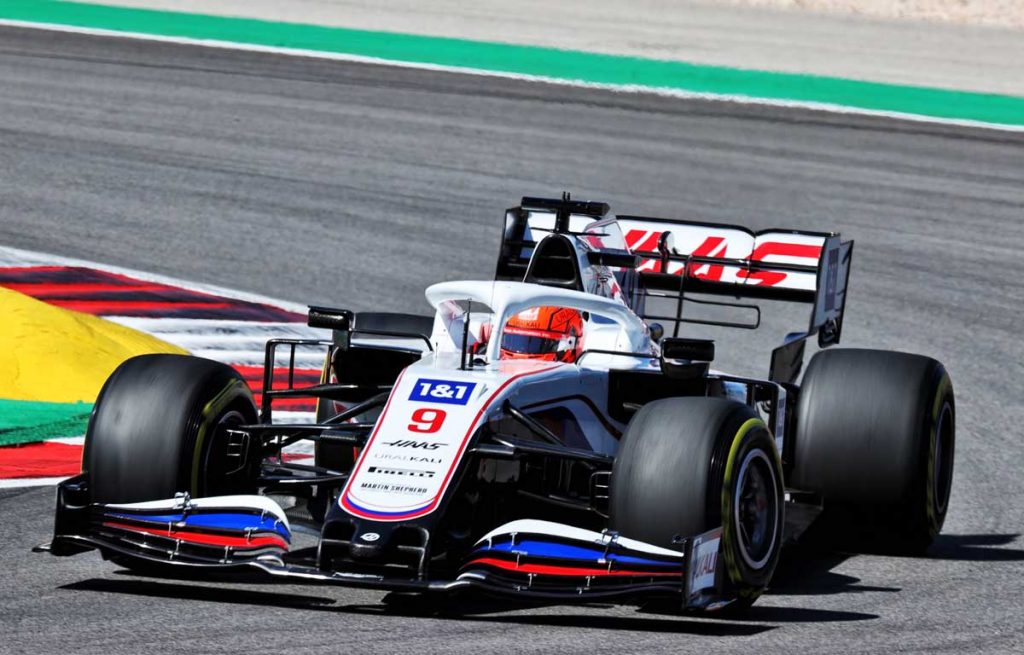 Both Haas drivers came into this year knowing that due to a planned lack of development on the car, with next year the main focus, and their own inexperience, they would be racing at the back of the field throughout the campaign.

Mazepin says he learned to cope with disappointments in 2019, his first year of F2, before upgrading his results significantly the following season when he joined the Hitech team.

“Before the 2019 season, I was just mentally unprepared for the likely lack of results,” said Mazepin, quoted by sports.ru. “You always want to show up and make it work. But unfortunately, in racing and other areas of life, you don’t always get the level of results you want.

“This year, of course, it hasn’t been easy. The pressure in F1 is incomparable to any other series. But I think I am reacting to it correctly and with dignity.”