Pierre Gasly says he’s motivated by the people that try to “break” his dreams and is determined to prove them all wrong.

After enjoying a strong start to his Formula 1 career at Toro Rosso – now known as AlphaTauri – in 2018, the Frenchman picked up his fair share of doubters after struggling at Red Bull the following year.

He was unable to get close to Max Verstappen’s performance levels there and was dropped after just 12 races, returning to his former team.

Since then, he has excelled, finishing on the podium in three races and winning one of them, consistently being one of the best drivers on the grid. Despite this though, Red Bull haven’t shown any interest in giving him another chance and have at times played down his achievements.

Discussing how he feels about those that doubt him, he says it just gives him extra incentive to succeed.

“I think it has happened to me many, many times and here I am to prove them wrong,” he said as per GPFans when asked whether he’d quit if told he’d never win a title.

“But in a way, I always manage to turn these negative thoughts into positive energy to bring me even more motivation and even more determination to do better and to work on myself and one day prove these guys…see that things can work out and that this was possible.

“Definitely it’s a source of motivation also and I’ll definitely keep doing what we’re doing because we’ve got the best job in the world here.” 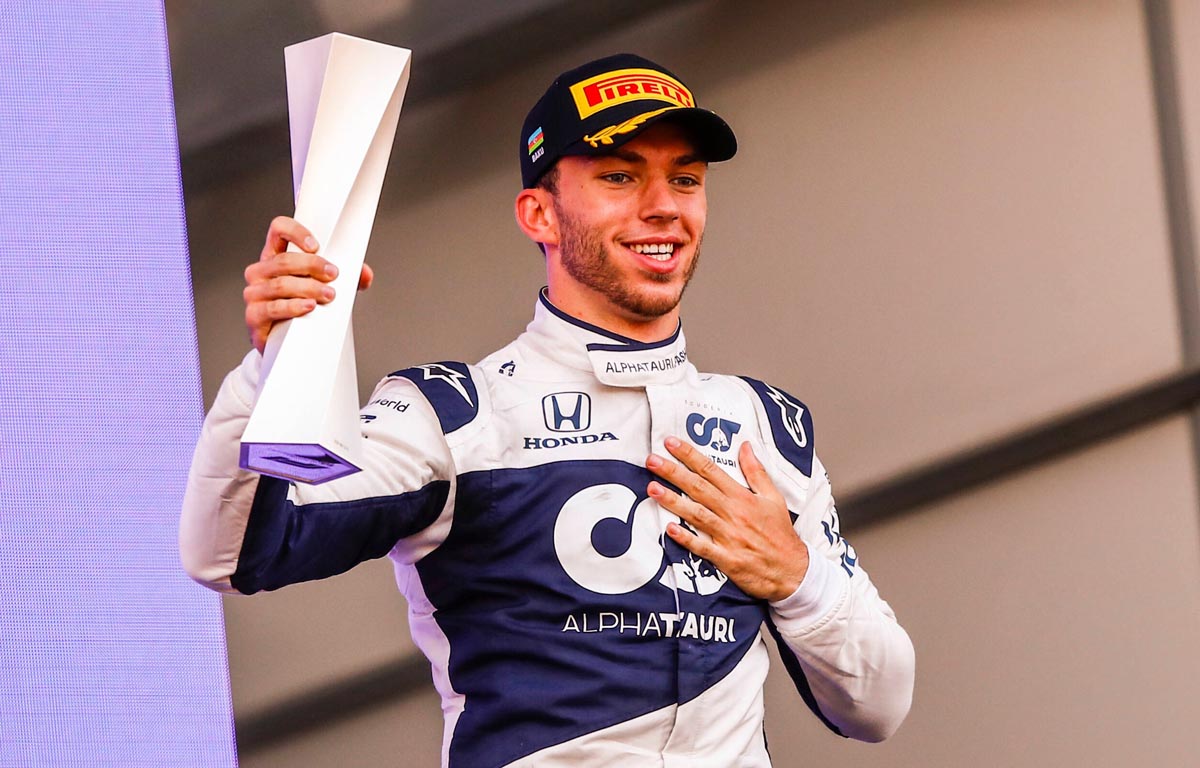 Gasly has continued his excellent form this season, finishing in P3 last time out at the Azerbaijan Grand Prix after a thrilling late battle with Charles Leclerc.

In fact, he has scored points in all but the first race of the year, but he still feels that the earlier rounds could have gone better.

That being said, he’s pleased with how things have gone more recently.

“Earlier in the year we had some good Saturdays, although Sunday didn’t always go as well,” he added.

“But the last two races we did an excellent job with no mistakes. It was just what we needed and to be rewarded with a third-place podium was super. It’s come at just the right time as we now have my home race at Paul Ricard.

“There is a lot of enthusiasm and strong expectations for the rest of the season. The performance level we have demonstrated definitely makes us keen to see what we can produce in the coming races.”