Calling Sabine Schmitz just a legend of the Nürburgring is short-changing her. The undisputed queen of Eifel racing, her skill and bravery as a driver were as awe-inspiring to watch as they were downright fun. She was someone who understood the thrill of driving and openly shared her passion with those of us not gifted with godlike talents like hers.

Today, the circuit announced she won’t run another lap; a huge loss to the motorsport community, her family, and friends. In a short statement on social media, it was announced: “The Nürburgring has lost its most famous female racing driver. Sabine Schmitz passed away far too early after a long illness. We will miss her and her cheerful nature. Rest in peace Sabine!” 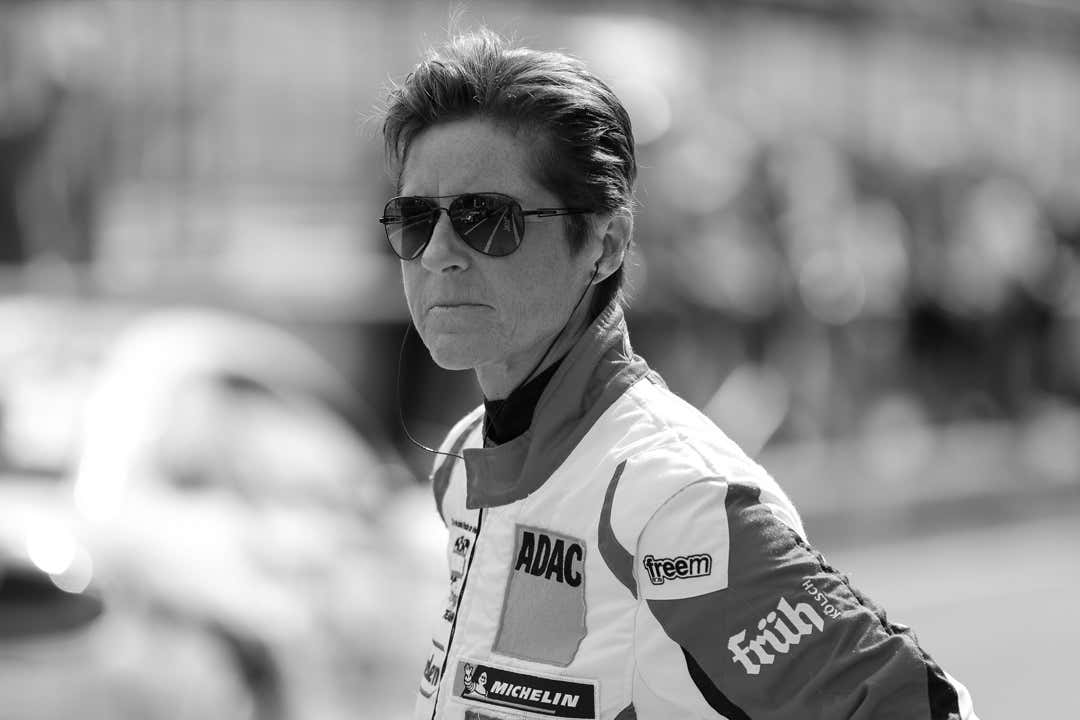 Schmitz is the only woman so far to have won the 24 hours of the Nürburgring, in 1996 and 1997, driving a BMW M3. She was regarded as one of the best drivers of the Nordschleife and reported to have done more than 20,000 laps of the full layout.

Her warmth and grit made her a personality not just in motorsport but more widely, she first appeared on Top Gear trying to beat Jeremy Clarkson’s Nordschleife time in a Transit van (and came pretty close!), then became a regular presenter and expert driving coach on the show in 2016. She was still regularly racing in VLN in 2017 as a Porsche works driver, the same year she was diagnosed with cancer.

The episode of Top Gear airing this weekend in the U.K. will be dedicated to Schmitz, with executive producer Claire Pizey saying, “Sabine was a beloved member of the Top Gear family and presenting team since 2016, having first appeared on the show in 2004, and everyone who had the pleasure of working with her on the team is in shock at this news.”

“Sabine radiated positivity, always wore her cheeky smile no matter how hard things got, and was a force of nature for women drivers in the motoring world. Like everyone else who knew her, we will truly miss her, Sabine really was one of a kind. Our thoughts are with her partner Klaus, who was always by her side and who we welcomed to Dunsfold many times, and her family in Germany,” added Pizey.