After a disappointing first round at Fuji last month for Nissan’s revised GT-R challenger, the Yokohama-based marque appeared to make a step forward for the series’ second visit to the track, as two of its cars cracked the top five in qualifying.

But come the race the GT-R contingent suffered compared to its rivals, as the #12 Impul car slipped to sixth on the road before a 40-second post-race penalty for Sasaki colliding with a GT300 Nissan dropped it down to 11th and out of the points.

“We didn’t expect to be P4 in qualifying,” Hiramine told Motorsport.com. “I didn’t know if we would even get through Q1. But in free practice we had good pace, no issues, so we could adjust the set-up step-by-step and finally for qualifying we found a good set-up.

“In the race the team let me do the start, and it was quite good, I enjoyed it a lot. The car was okay in my stint, but we had not enough speed in a straight line compared to Toyota and also Honda. We did the maximum we could, P6 was our pace.”

GT500 rookie Hiramine took the start in the #12 machine, marking his first race outing in SUPER GT’s top class as Impul’s race was ended in a first-lap collision in the Fuji opener while Sasaki was at the wheel.

Overtaking the SARD Toyota for third on the opening lap, Hiramine held the final podium position until being passed by former GT300 teammate Sacha Fenestraz in the quicker of the TOM’S Toyotas on lap 24 of 66.

During Sasaki’s stint, the Impul car lost a further two places to finish sixth on the road before its post-race penalty was applied – which meant that the NDDP/B-Max Racing car of Katsumasa Chiyo and Kohei Hirate ended up as Nissan’s top finisher in eighth. 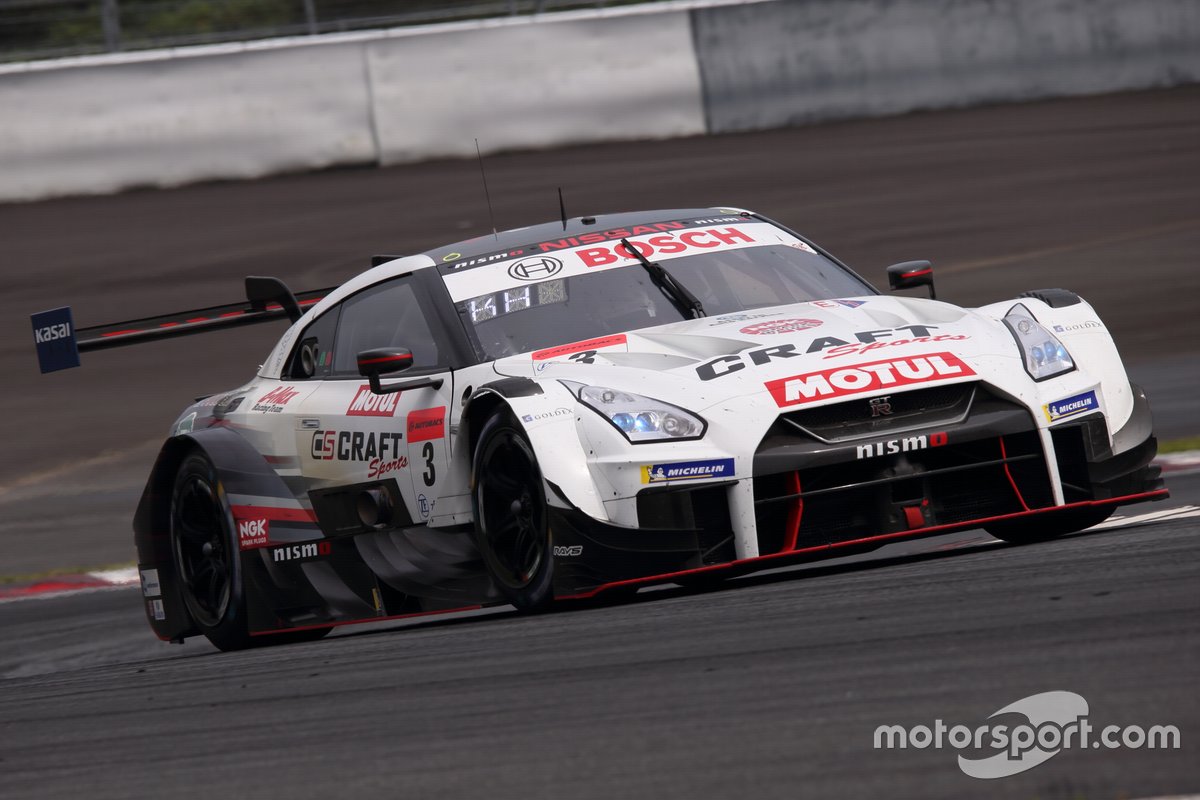 “Fast corners and slow corners we are doing ok, we changed to have more downforce in the fast corners,” continued Hiramine. “But even if we are faster in the corner, the Toyota is still faster in the straight, so that was the biggest issue this weekend I think.

“[At Suzuka] it’s going be still difficult for all of the Nissan GT500 cars. Toyota will still be fast, also maybe Honda. The target is just to try and score as many points as possible.”

The #23 NISMO car that started in fifth behind the Impul car suffered with pick-up problems with its Michelin tyres on a track that proved cooler than anticipated, eventually finishing ninth and one place behind the #3 NDDP/B-Max Nissan that started 12th.