If you really want the big kidneys, they’re still available.

Aftermarket shops are not wasting any time as they’re already preparing an array of custom bits for the new BMW M3 and M4. Avante Design decided to focus on the two-door model by developing a full widebody package to give the coupe a much more aggressive stance. The love/hate front grille is still there, but it’s joined by a second design proposal bringing back the normal-size kidneys.

While these are only official renderings for the time being, Avante Design has told us development work is almost done and the widebody package will be produced in limited examples. There will be three stages available, with the beefiest of them all making the M4 a full seven inches (nearly 18 centimeters) wider than the standard car. 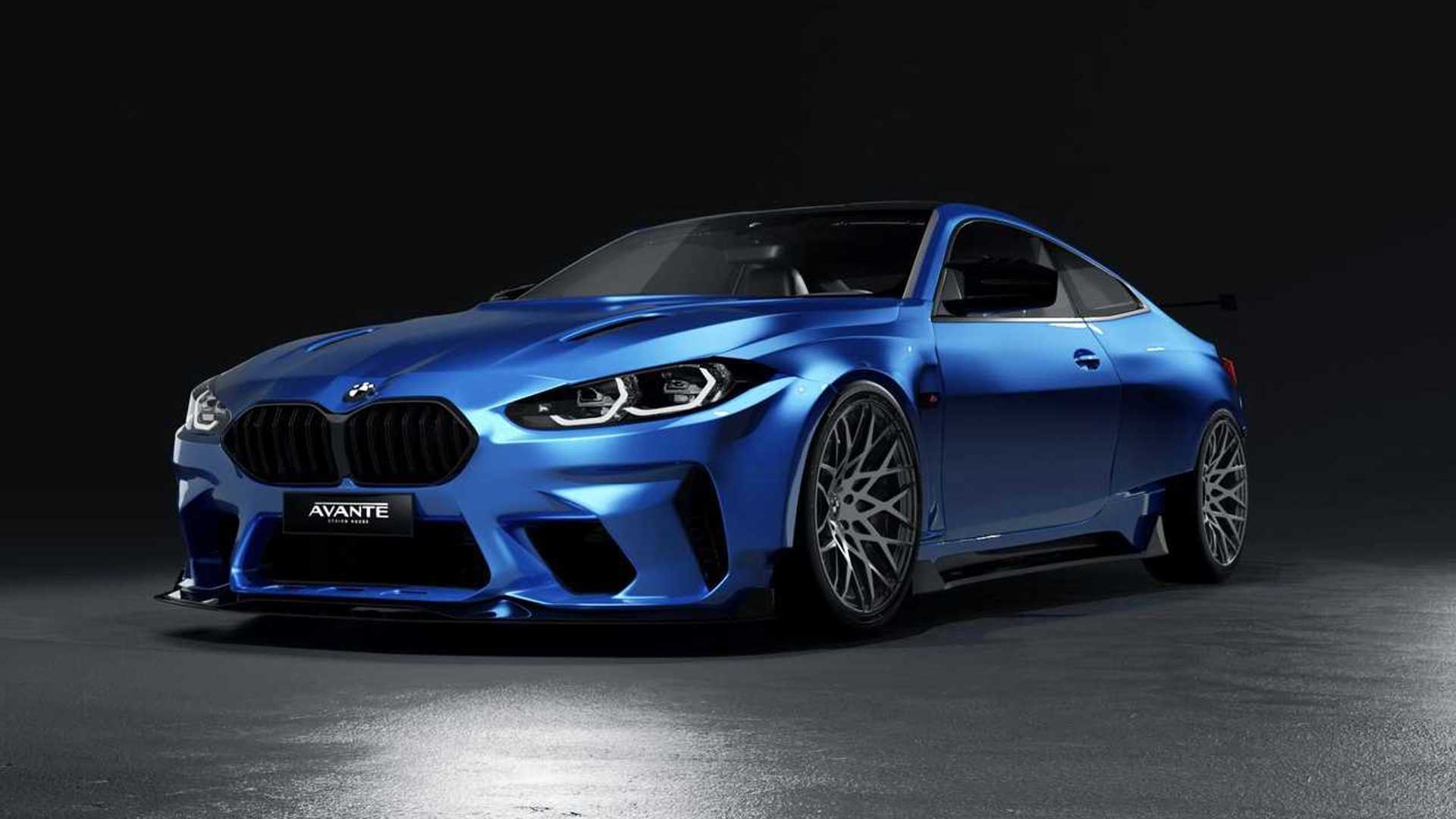 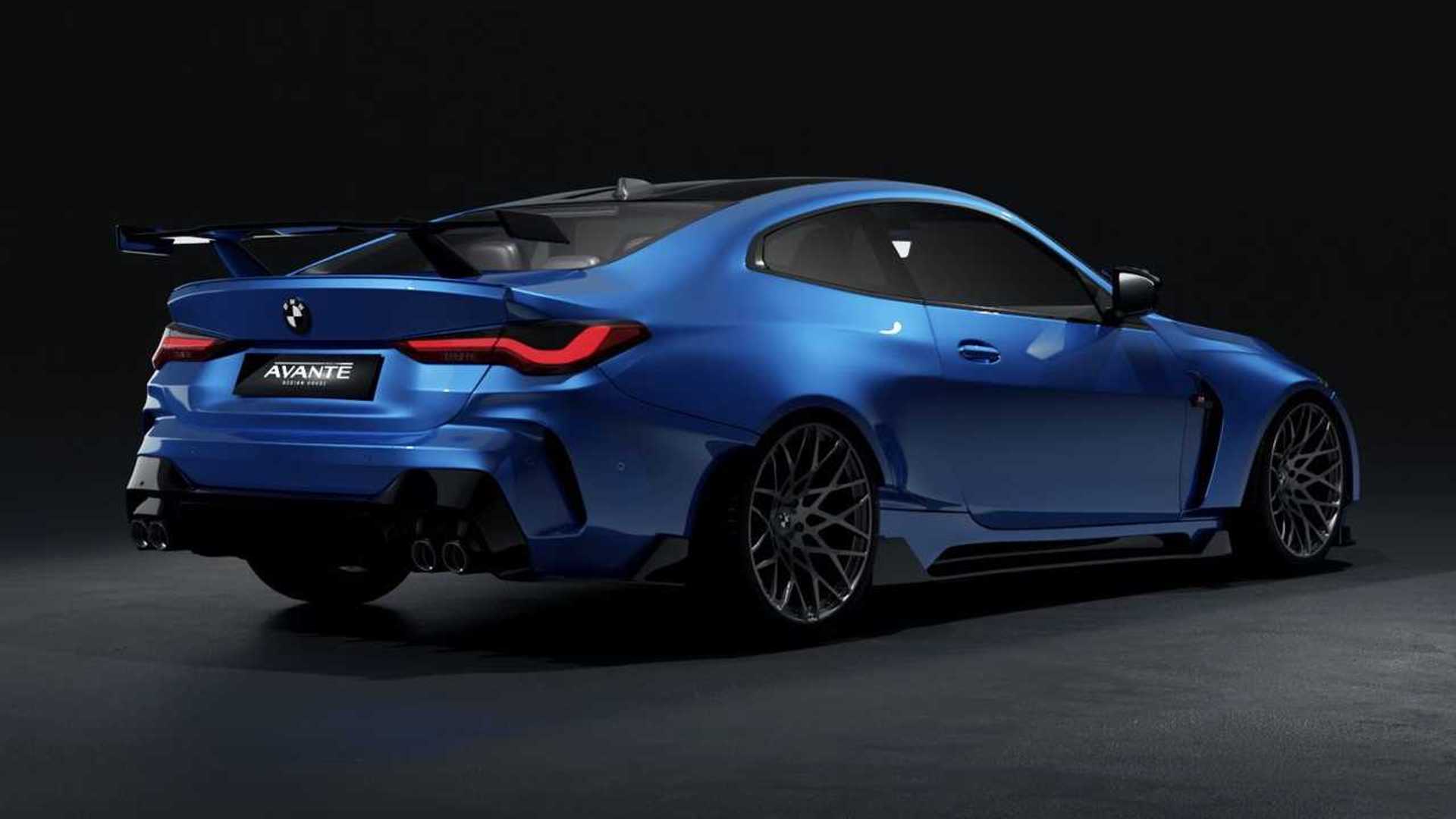 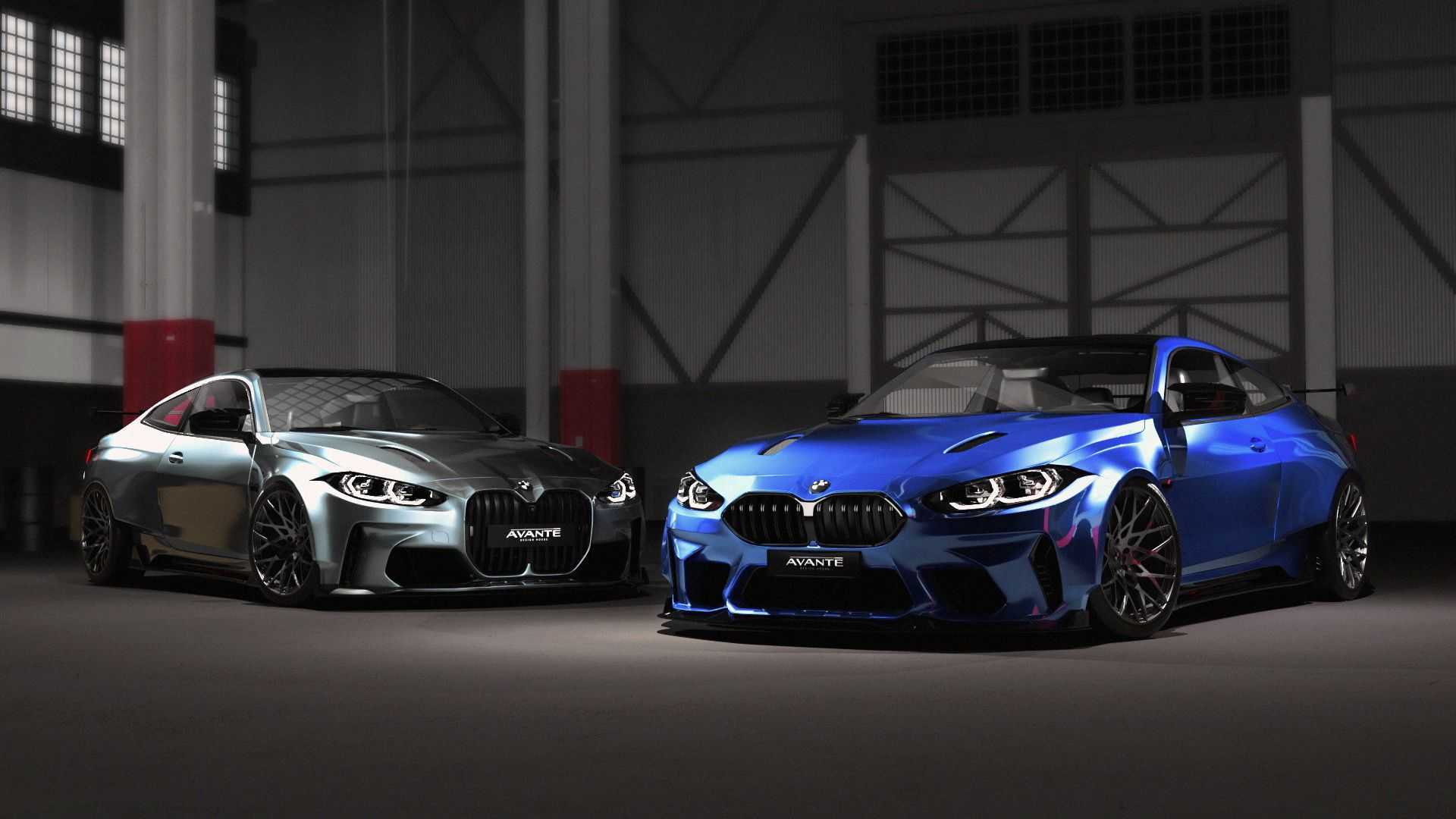 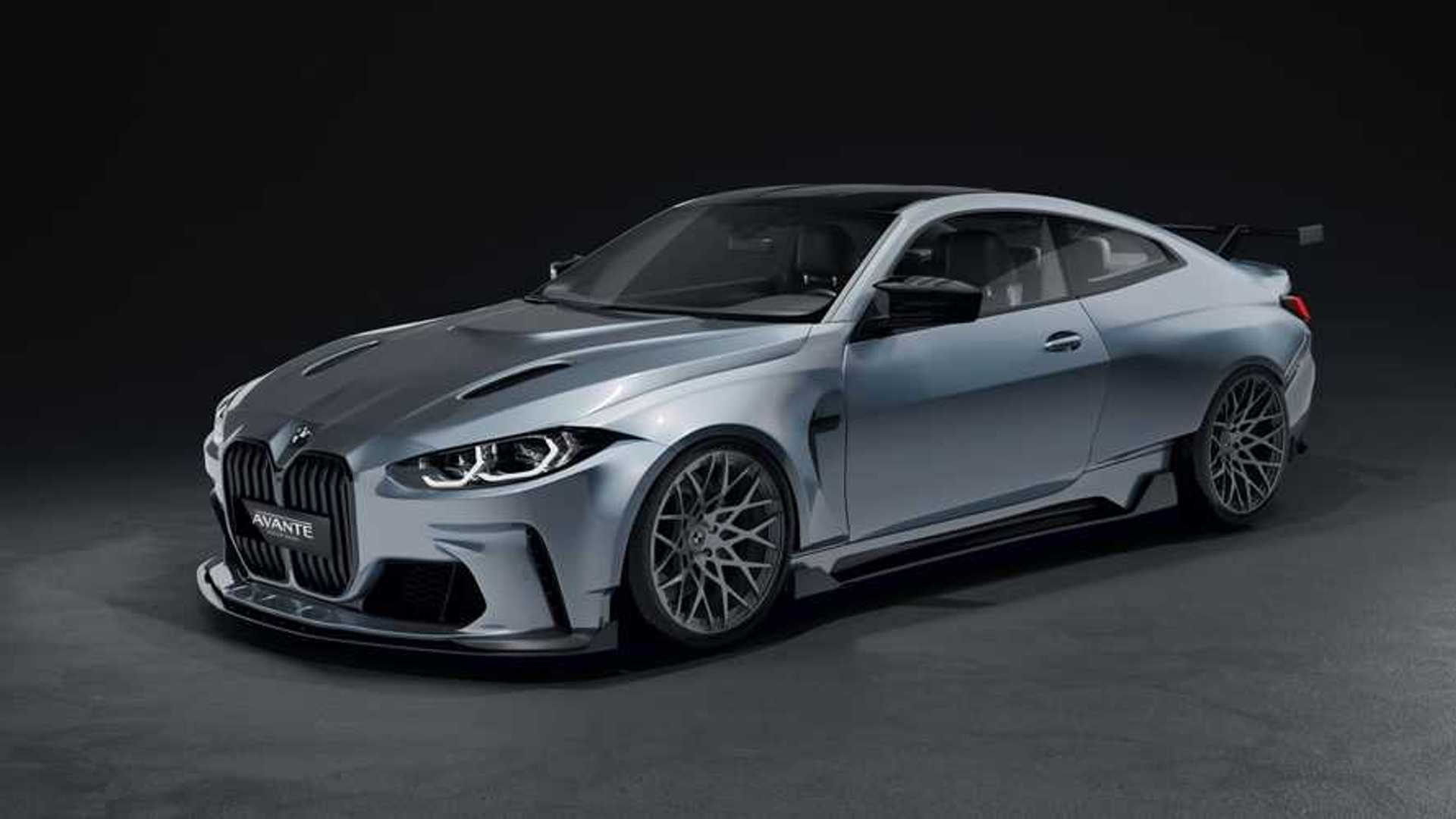 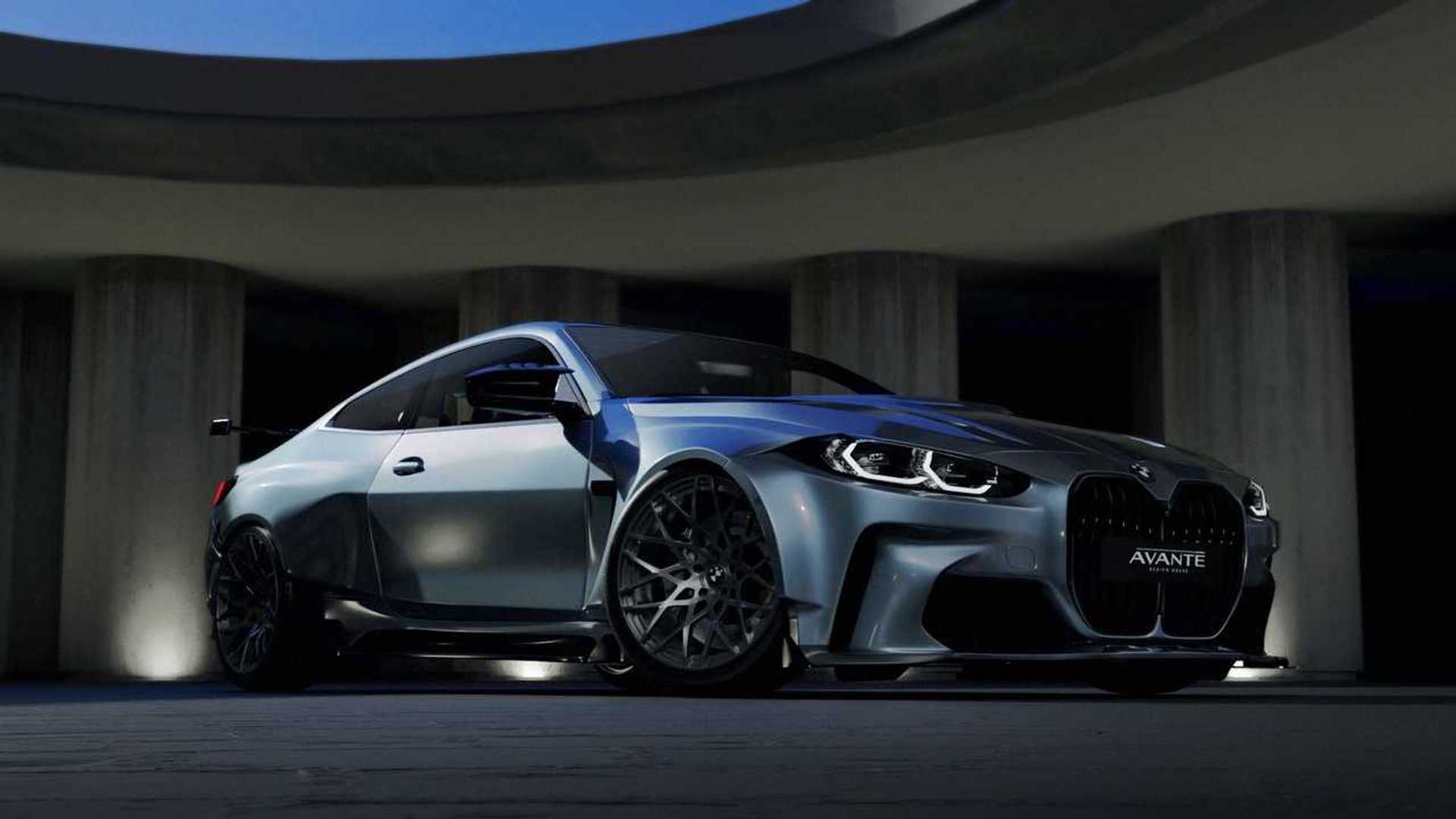 Beyond the wider hips and enhanced aero, the amped-up coupe also gains a redesigned hood with dual vents and a power bulge for added visual drama. The more aggressive front-end design makes the XXL grille less polarizing, but we’re certain many people will prefer the traditional look Avante Design adapted from the M8 Coupe.

Other upgrades include a set of chunky side air vents on the front fenders along with a fixed rear wing likely borrowed from BMW’s M Performance catalog tailored to the new M4. Both front and rear bumpers boast enlarged air intakes, and while the sports coupe may now look a bit on the wild side, it still largely retains the OEM formula.

All that’s missing is perhaps the look-at-me center exhaust with a pair of stacked dual tips à la Lexus. They’re available for the M3 and M4 as an M Performance-branded exhaust, giving the dynamic duo a rear design just as controversial as the front fascia. We’re already wondering what BMW has in tow in terms of design for the rumored M4 CSL, supposedly coming out as early as next year.

Meanwhile, the M lineup will be updated soon with the launch of the M4 Convertible, due to be followed in 2022 by the first-ever M3 Touring production model.