In its earliest years, the Corvette’s future was far from certain. Despite widespread publicity from the prototype’s New York debut in 1953, just 300 cars were built in its first year. Half of the 3,460 1954 Corvettes produced went unsold that second year, and just 700 were made in 1955.

But 1955 proved to be a turning point, thanks to a new V-8 engine and tireless efforts by Zora Arkus-Duntov to establish the car’s competition bona fides. Duntov hot-lapped the sand at Daytona Beach at over 150 mph in late 1955 in a Corvette test mule. Two months later he was back on the sand, this time with a three-car team that came away with a First and Second in the Production Sports Car class and a top-speed mark for the Modified class. 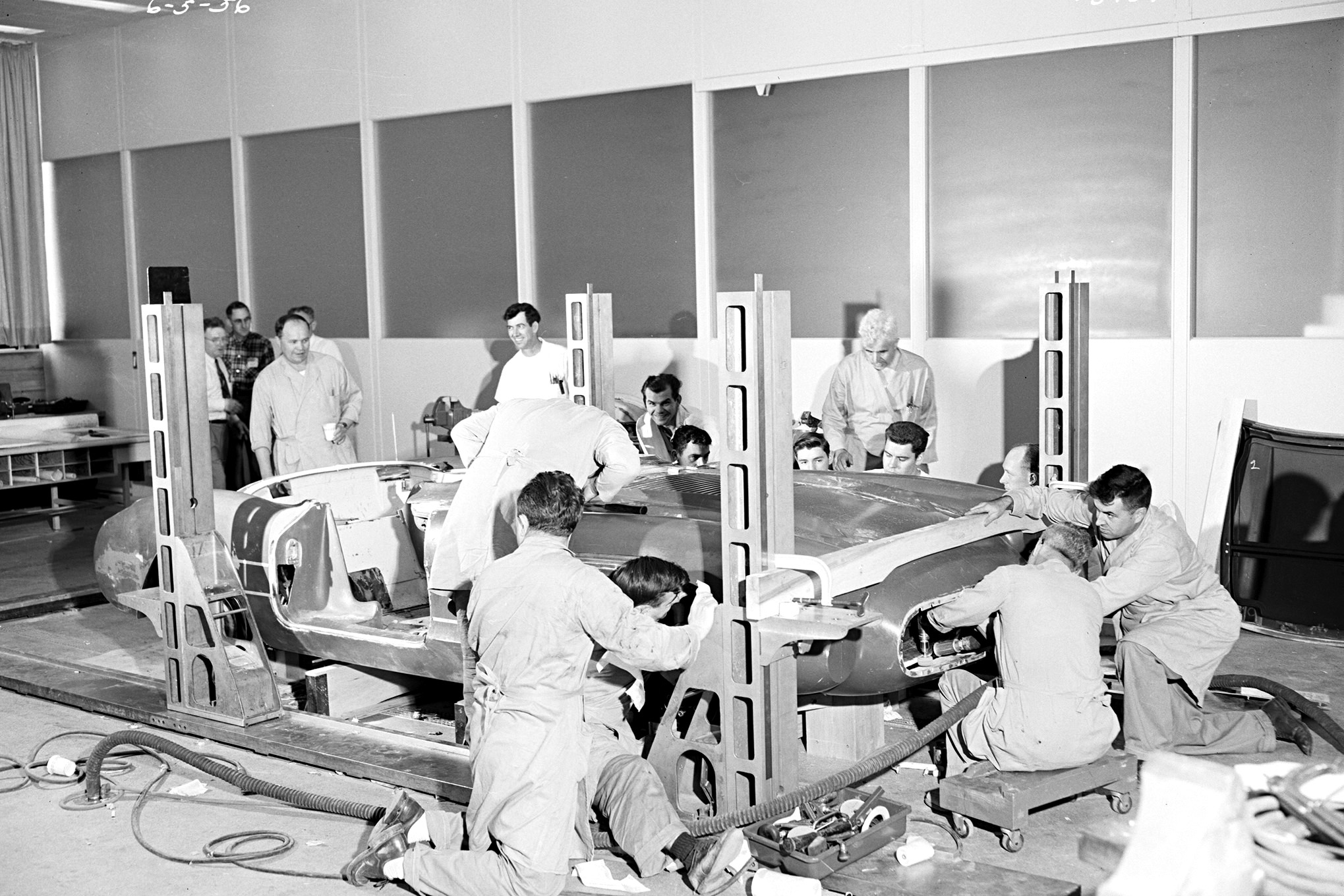 These wins set the wheels in motion for Duntov to prep three Corvettes for racing, first at Daytona Speed Weeks and, a month later, the 12 Hours of Sebring, where one of the team cars won its class and finished Ninth overall. Later that year, a Corvette in the hands of Dr. Dick Thompson (the “Flying Dentist”) would win the SCCA C/Production championship.

Corvette was finally gaining some performance momentum, but within General Motors, a bit of a public relations issue was developing. It had to do with Jerome Earl, son of Harley Earl, then GM’s Vice President of Design. Jerry Earl was a car guy and a racer. Problem was, his mount of choice was a Ferrari 250 MM Spider, which didn’t sit well with the GM brass. 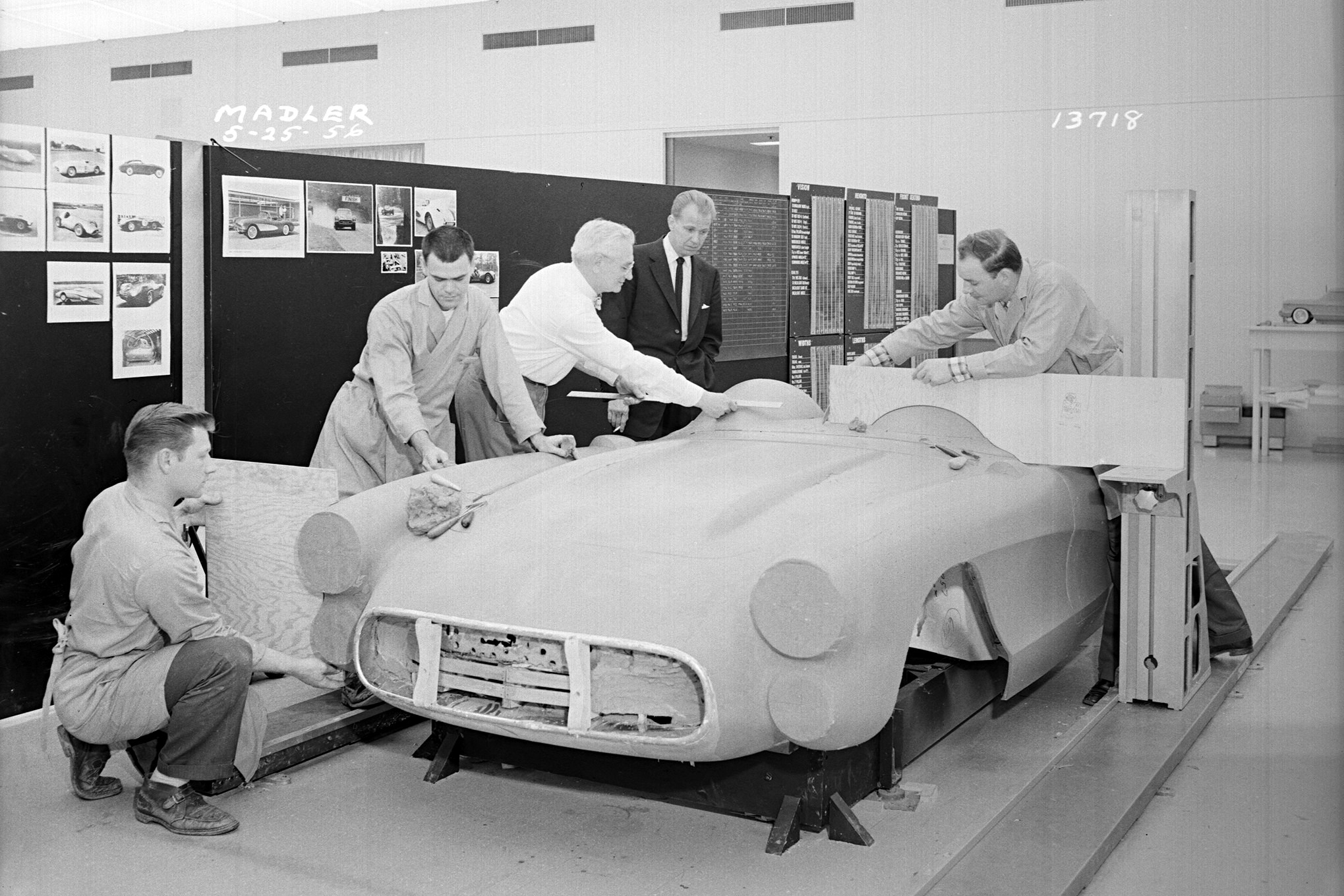 To remedy the situation, Harley Earl offered, or maybe demanded, to replace the Ferrari with a Corvette-based race car. A production 1956 Corvette was taken from the St. Louis assembly plant and shipped to GM’s styling center in Warren, Michigan, for a complete makeover. Designer Bob Cumberford is credited with the overall design of the car, but all told, more than 17 engineers worked on it.

Modifications were made to the body in the name of slicker aerodynamics. The nose was lengthened, cone-shaped covers went over the headlights, and a stabilizing fin was mounted to the center of the trunk. The body was placed on a beefed-up Sebring race chassis with heavy-duty brakes and suspension. 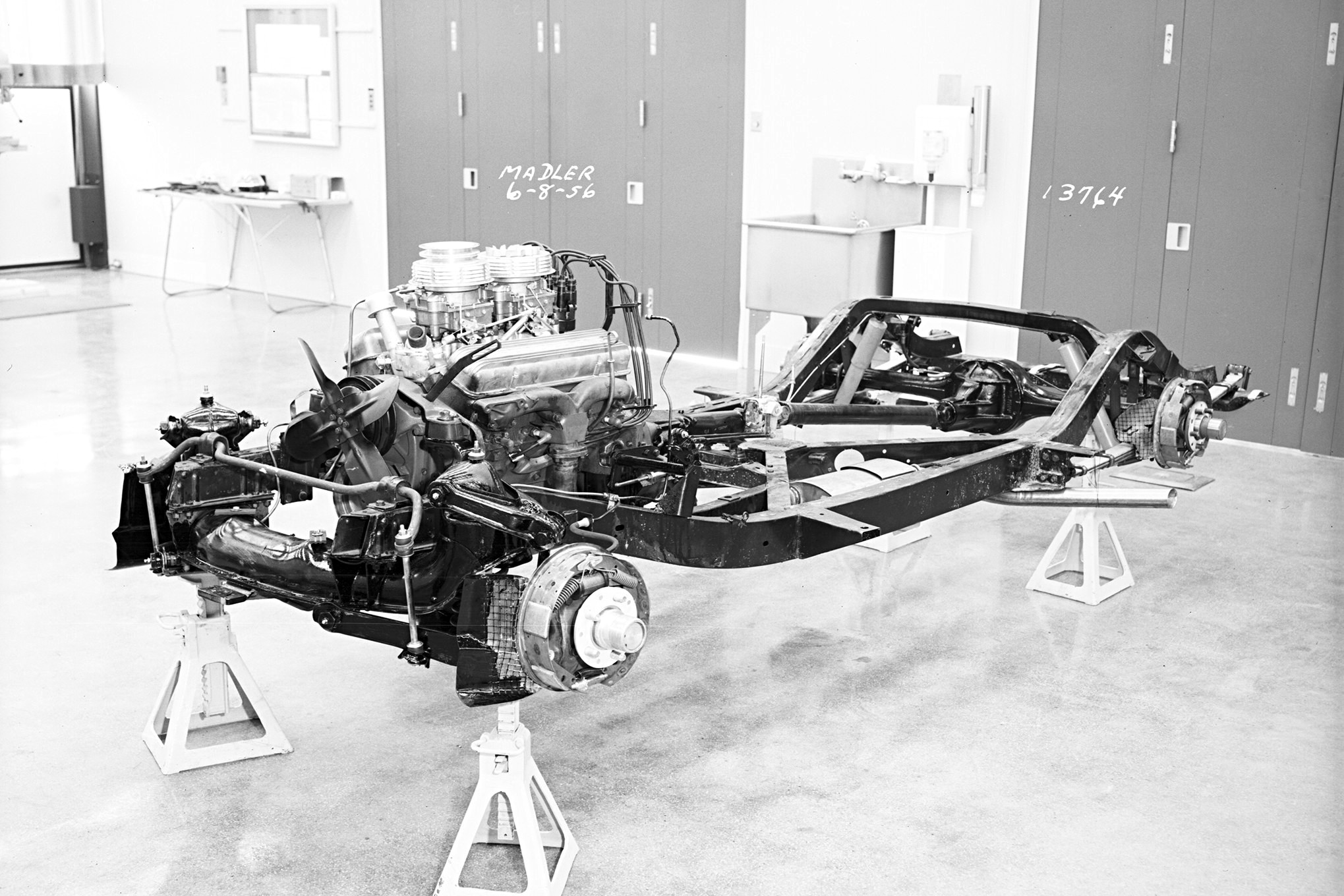 No one knows for certain, but some theorize that the car’s name was a nod to the Sebring race team that came before it: Sebring Racer, version 2.

The assembly of Jerry Earl’s race car was done in just weeks, a hurry-up deadline imposed so he could debut the SR-2 at the June Sprints at Road America. Earl reportedly spun the car in practice but didn’t damage it, then Dick Thompson took over and “moved up to a fairly respectable position,” wrote Cumberford in an article for Petersen’s Sportscar Quarterly magazine. 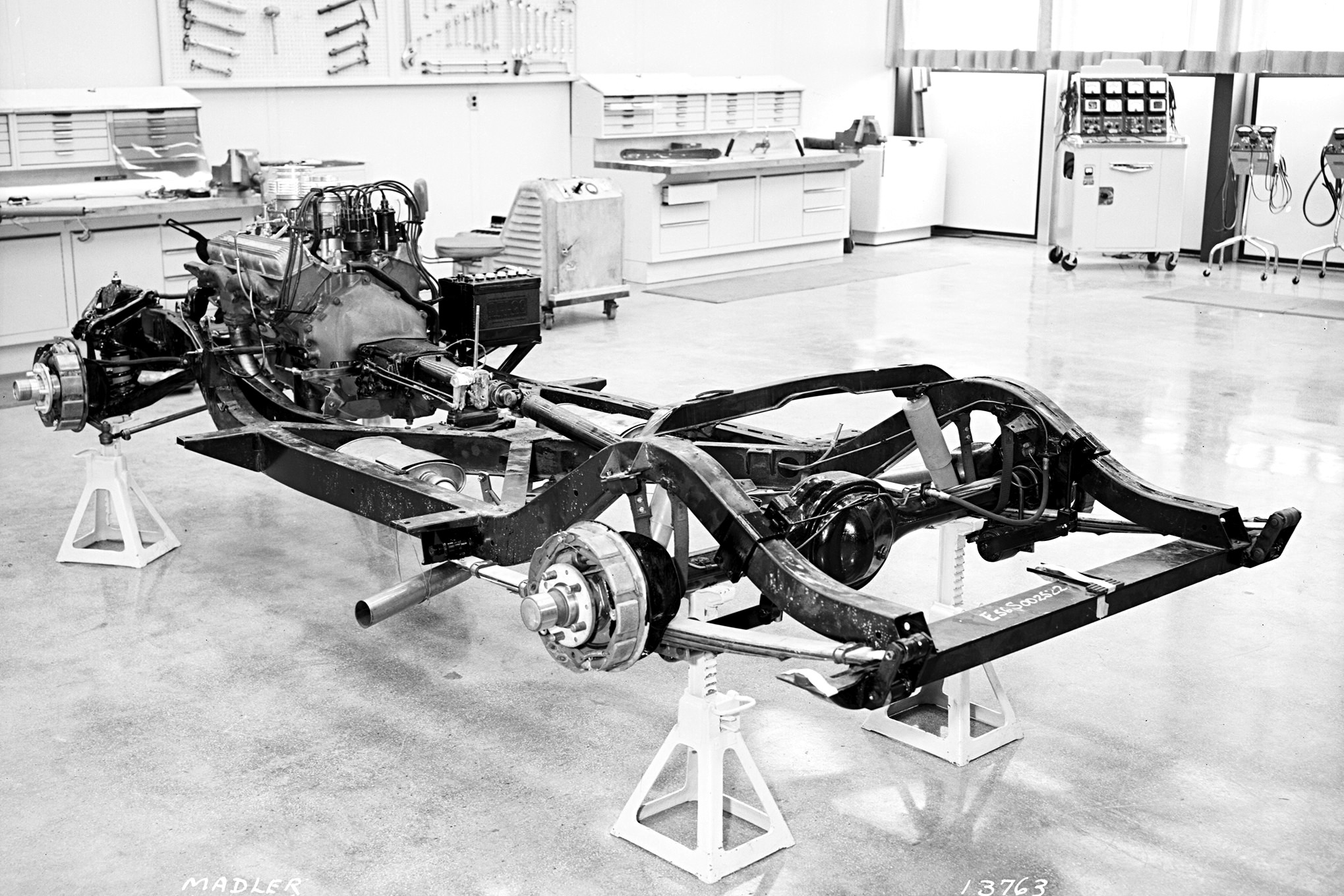 Earl would race the SR-2 for the rest of 1956 and into 1957 in the SCCA’s Central Region. Feedback from Thompson, that the car was too heavy and needed more power, prompted changes made between the 1956 and 1957 racing seasons. Its stock interior was removed, and lightweight fiberglass door panels and Porsche bucket seats were installed. The center-mount fin was replaced by a taller fin behind the driver, housing a roll bar and the filler cap for a 36-gallon fuel tank. Under the hood went a 331-inch small-block with a prototype dual-meter fuel-injection system; behind it was mounted one of the new-for-1957 four-speed transmissions.

The SR-2 as we know it today, now part of Irwin Kroiz’s collection, is restored to that configuration. Vette 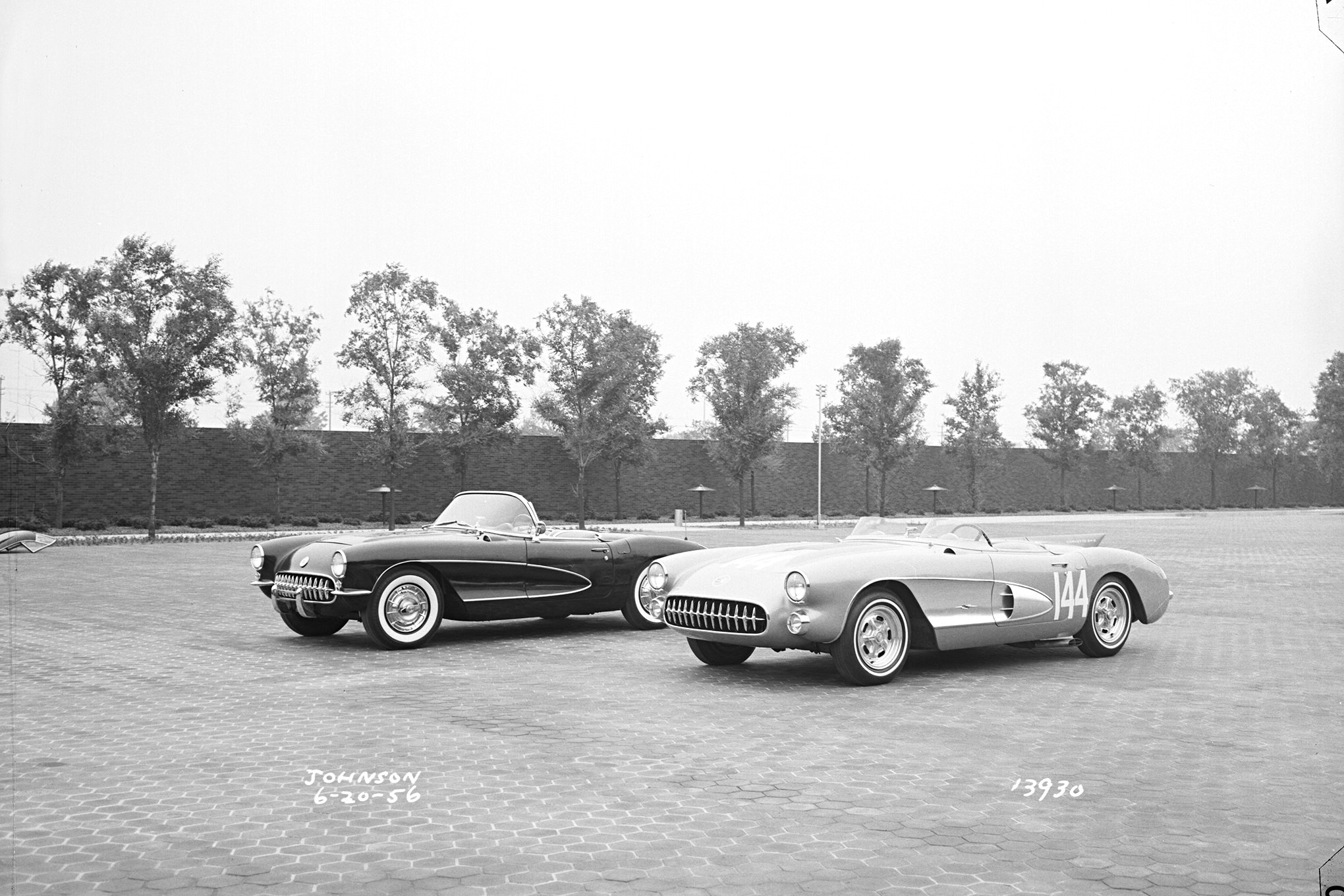 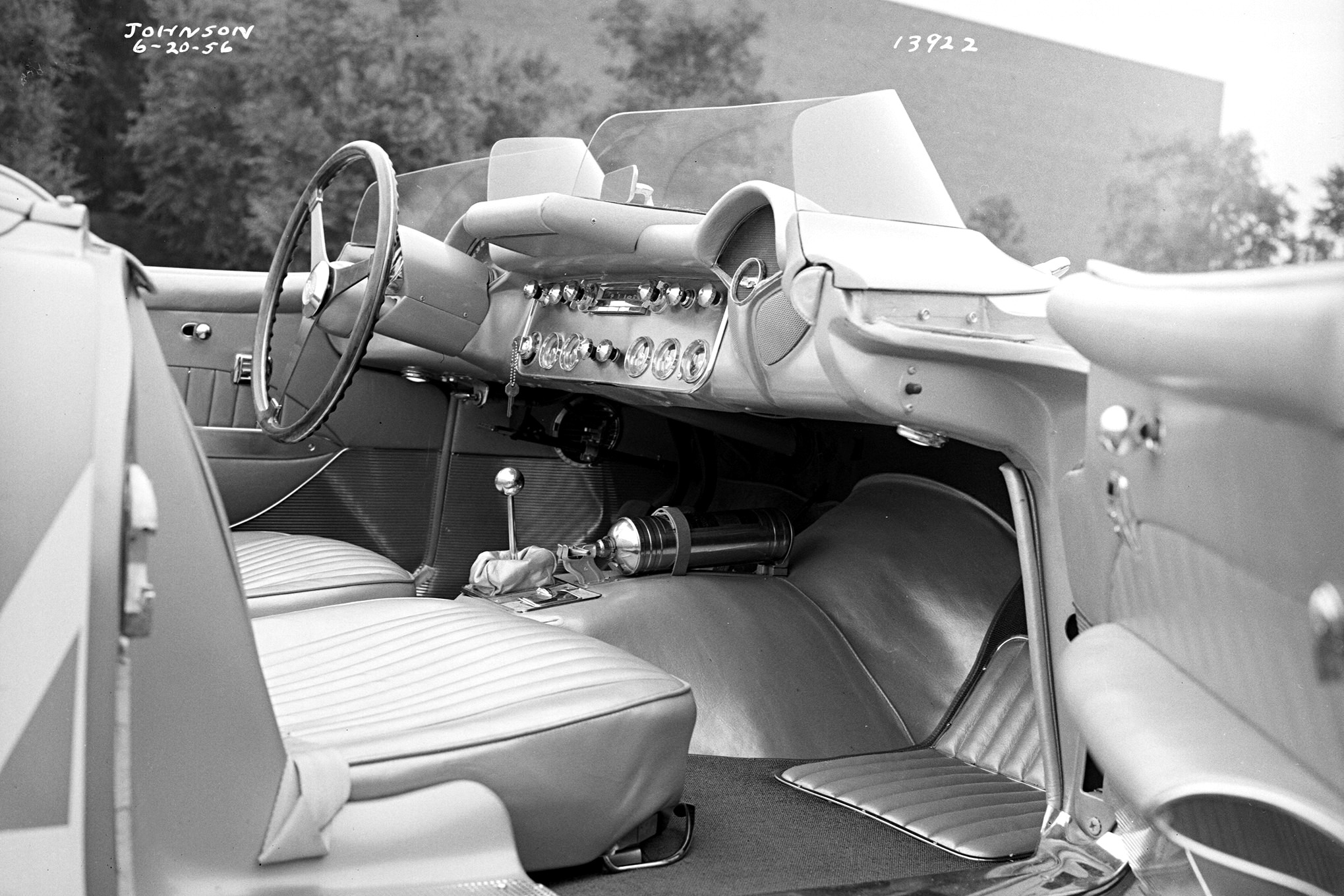 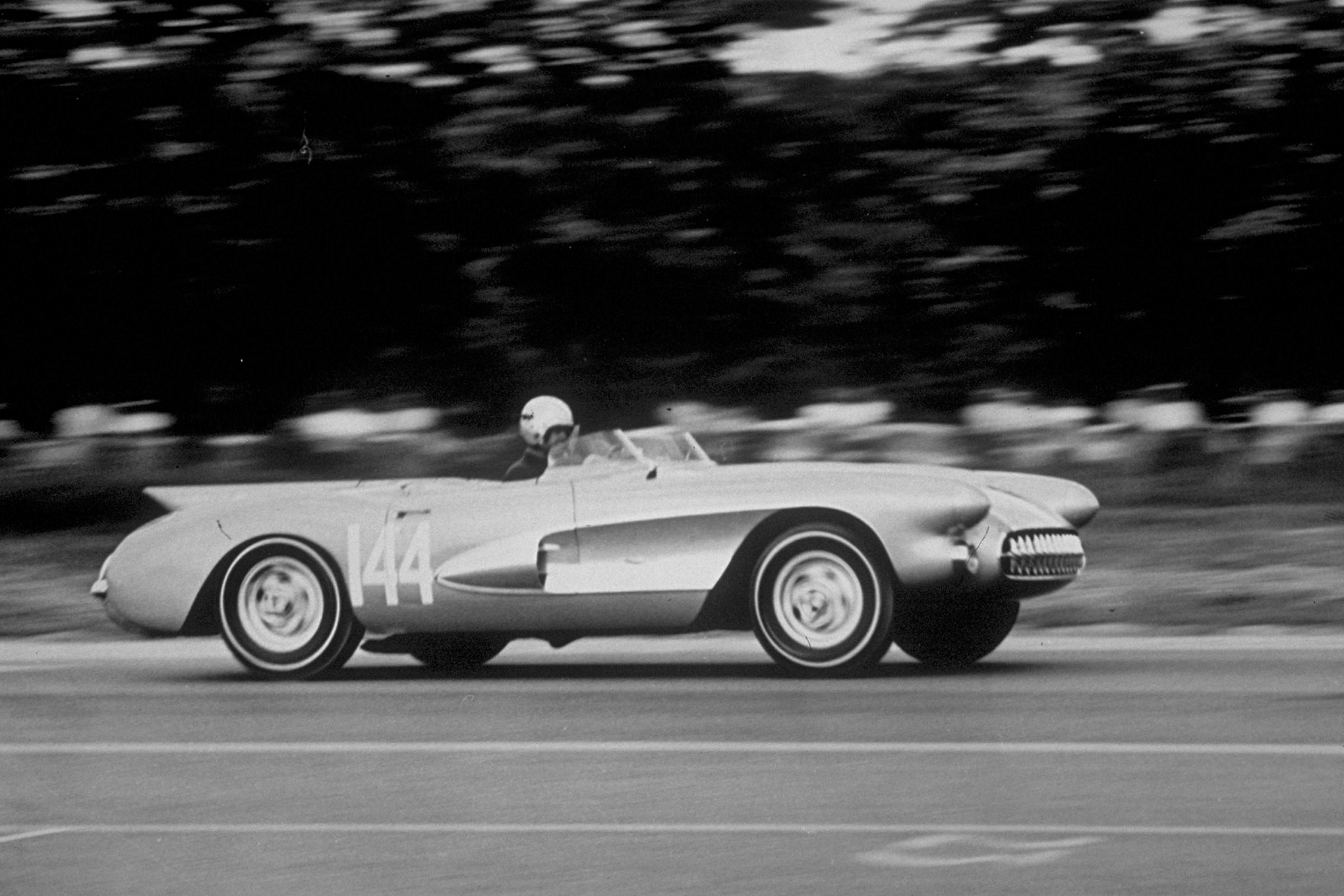