There’s nothing subtle about this German creation.

We’re used to seeing some pretty amazing – and sometimes outlandish – custom creations from various German tuning companies. The focus of those efforts usually falls to something from a German automaker, notably Porsche, Audi or BMW. GeigerCars is a bit different, because this company loves to upgrade American iron, and the latest project is an absolutely mental Dodge Challenger SRT Hellcat called Cerberus. 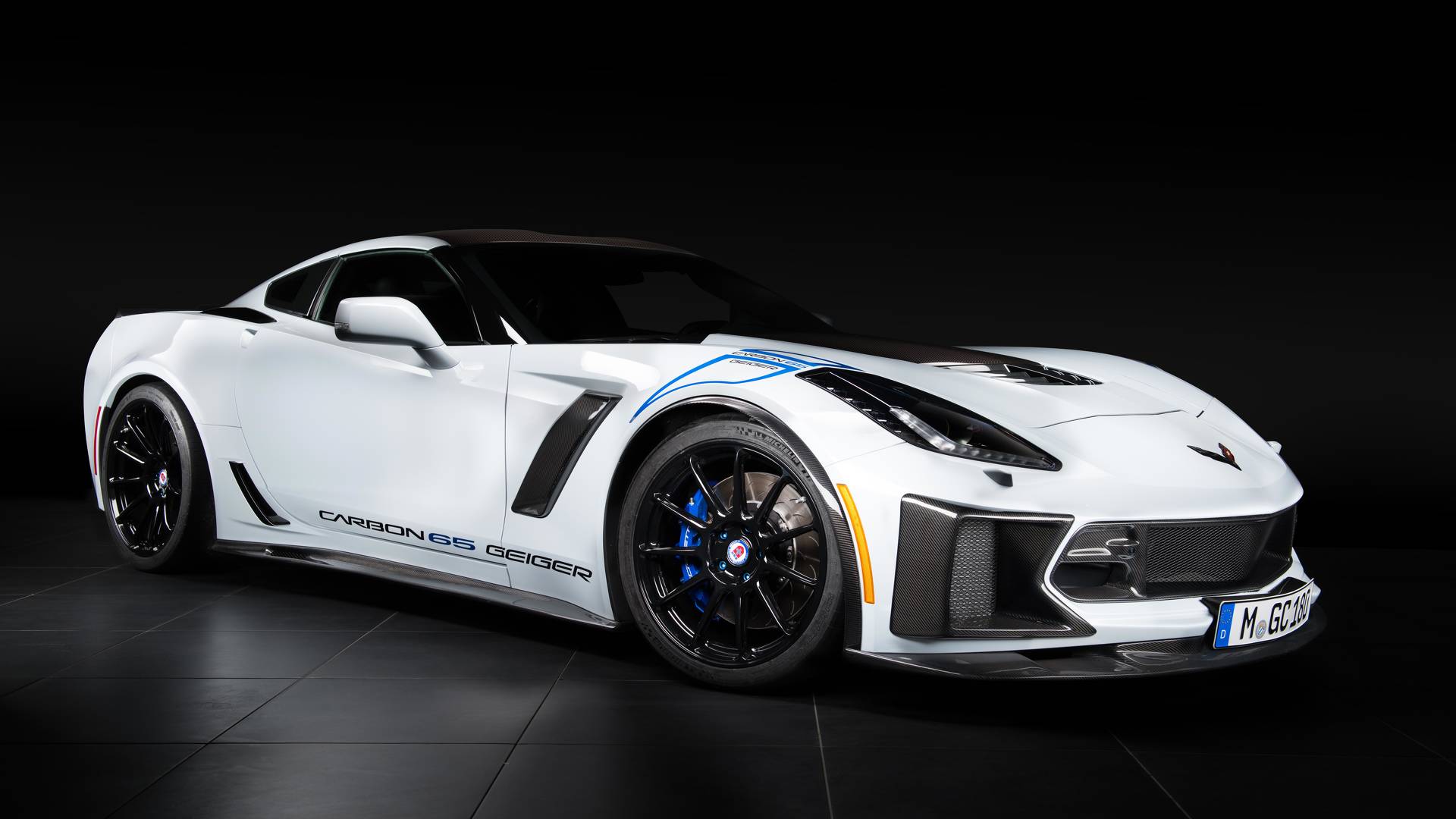 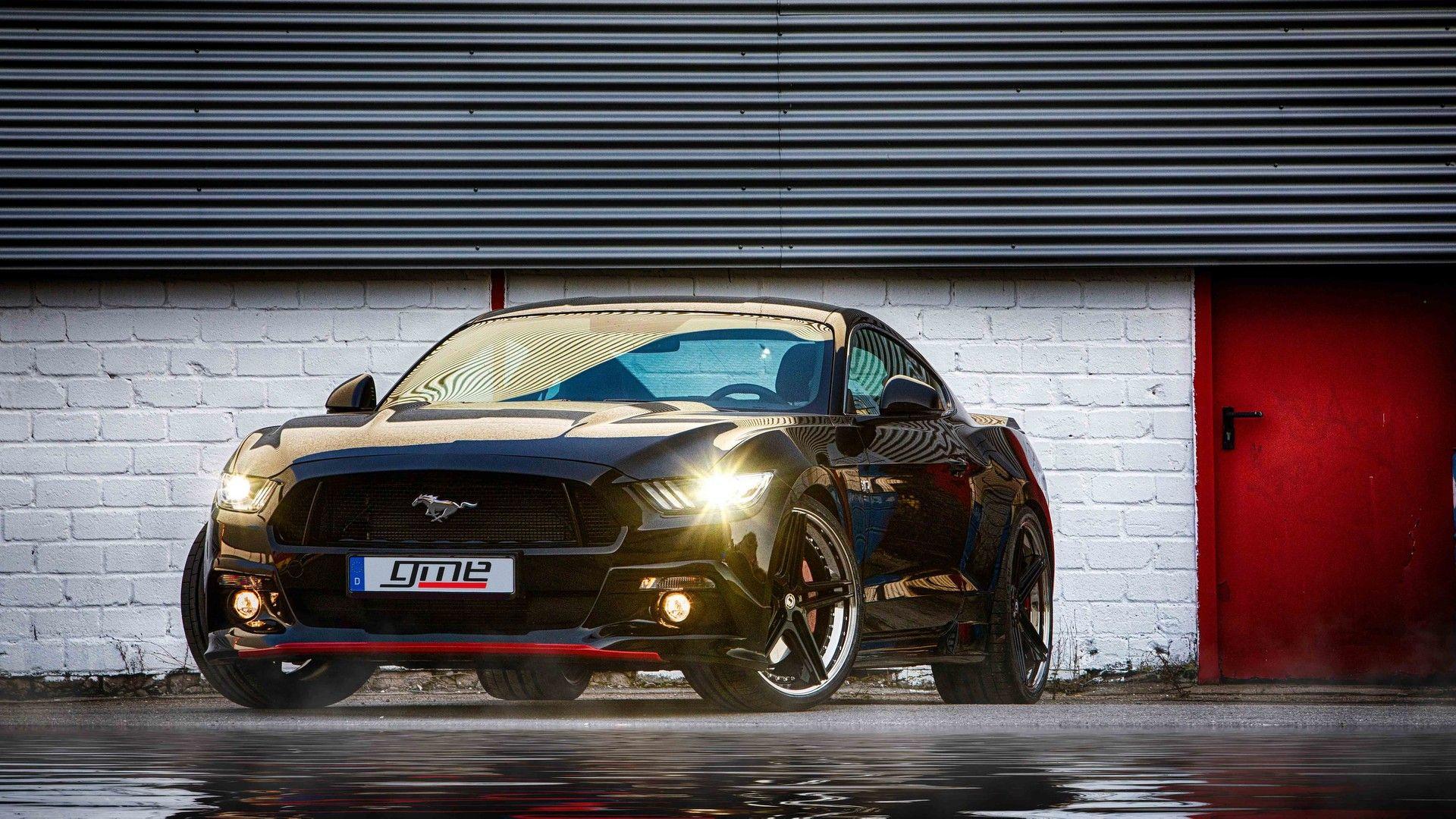 We say mental because the 2019 Hellcat already produces no less than 717 horsepower (535 kilowatts). GeigerCars believes there’s room to improve, however, and not just to the 840-hp (626 kW) mark produced by the limited-production Demon. These German mad scientists have infused the brutal muscle car with no less than 890 hp (654 kW) and 751 pound-feet (1,018 Newton-meters) of torque. The increase comes through changes to the supercharger that bumps up the boost, which is managed by updated engine software to keep all the components happy. Underneath, GeigerCars also adds a beefier prop shaft to better handle the extreme power. 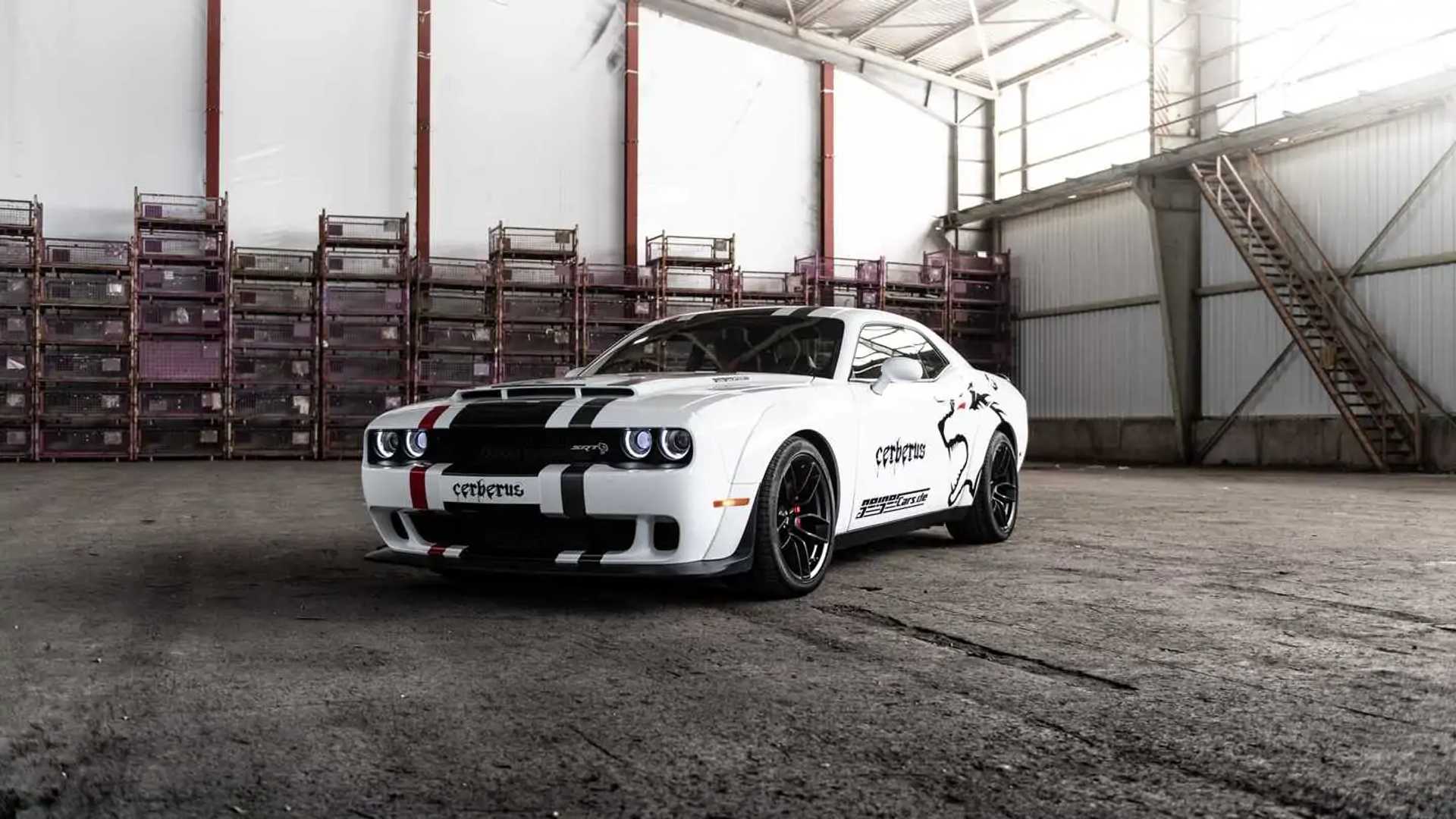 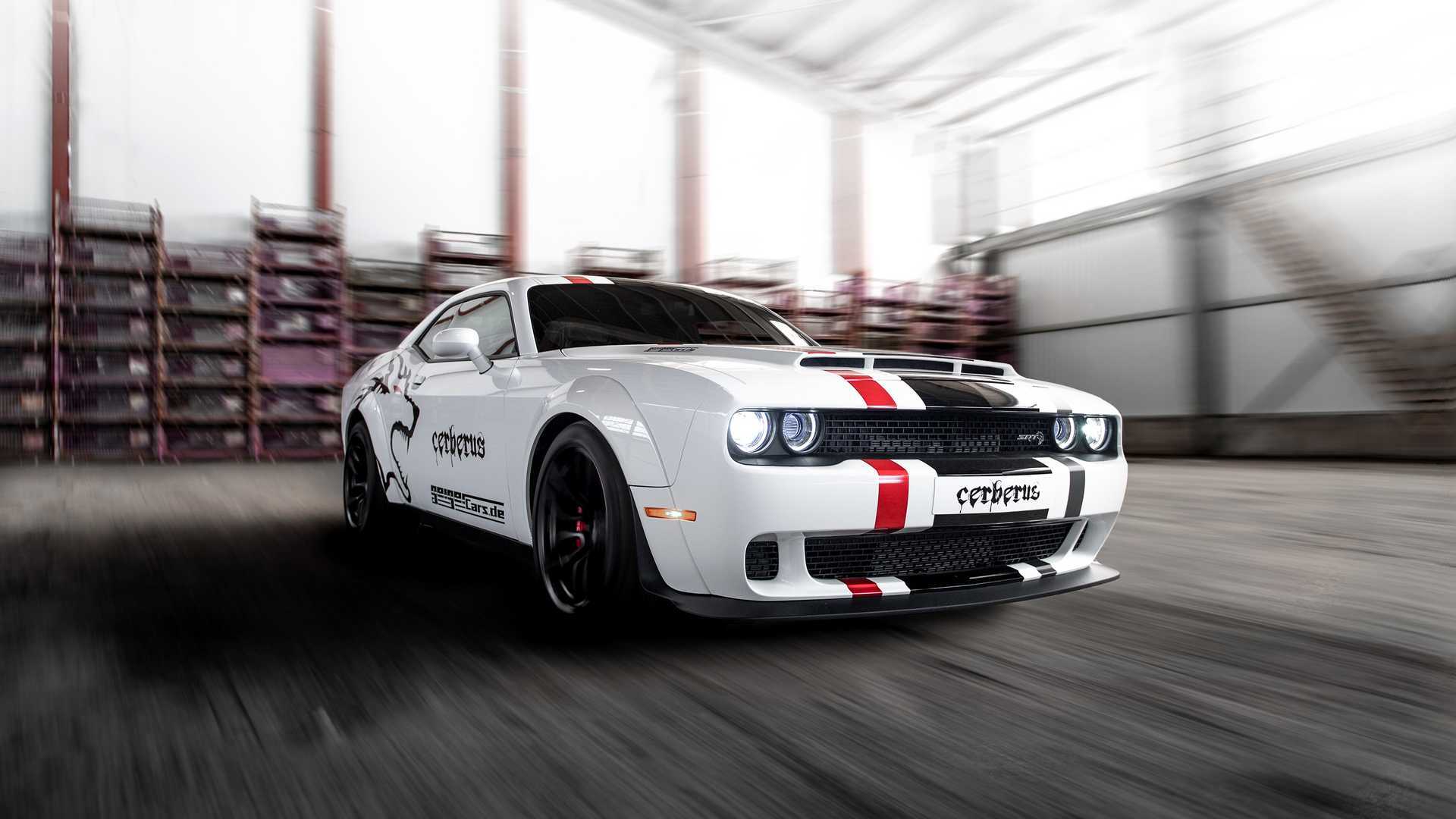 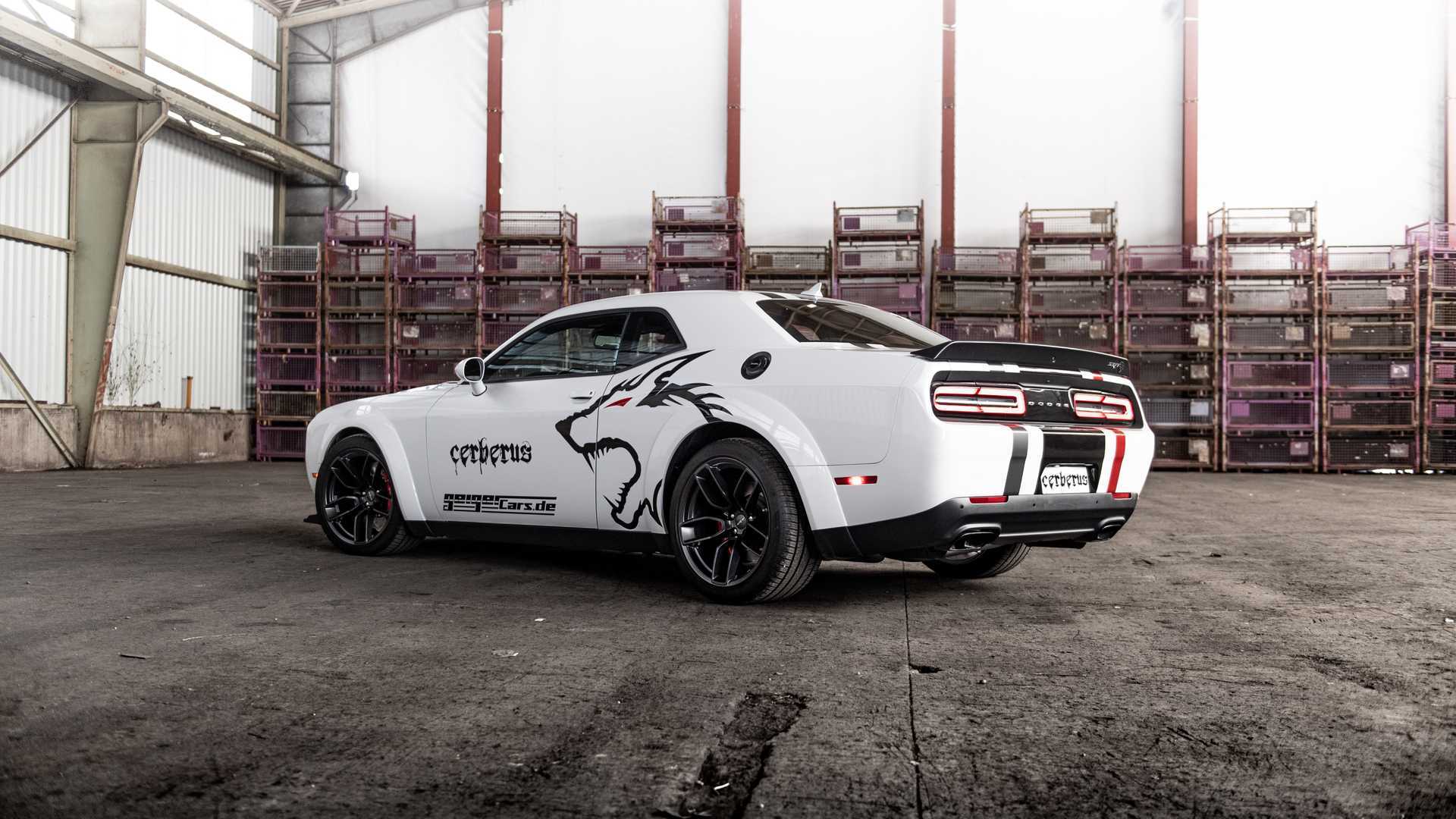 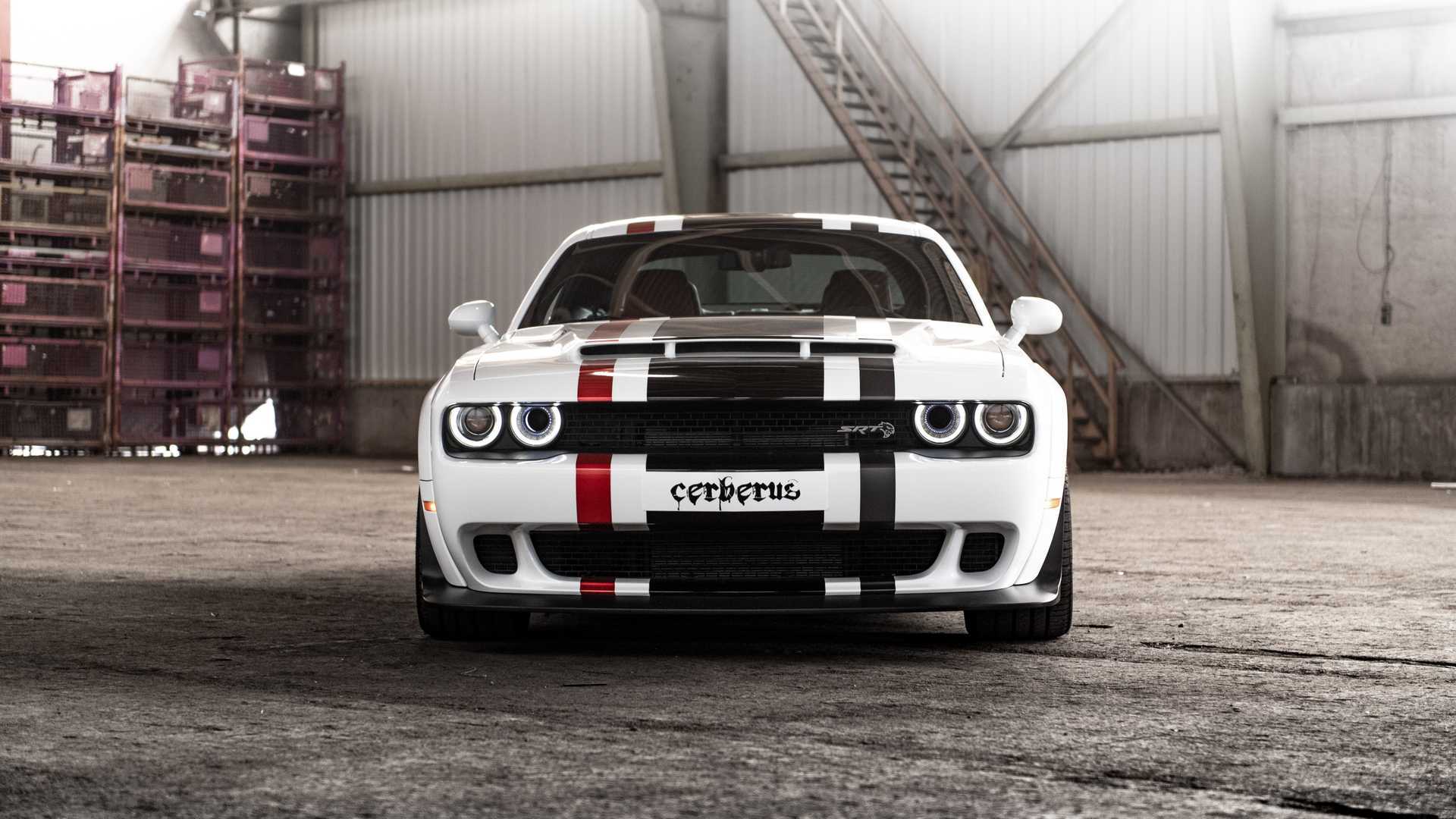 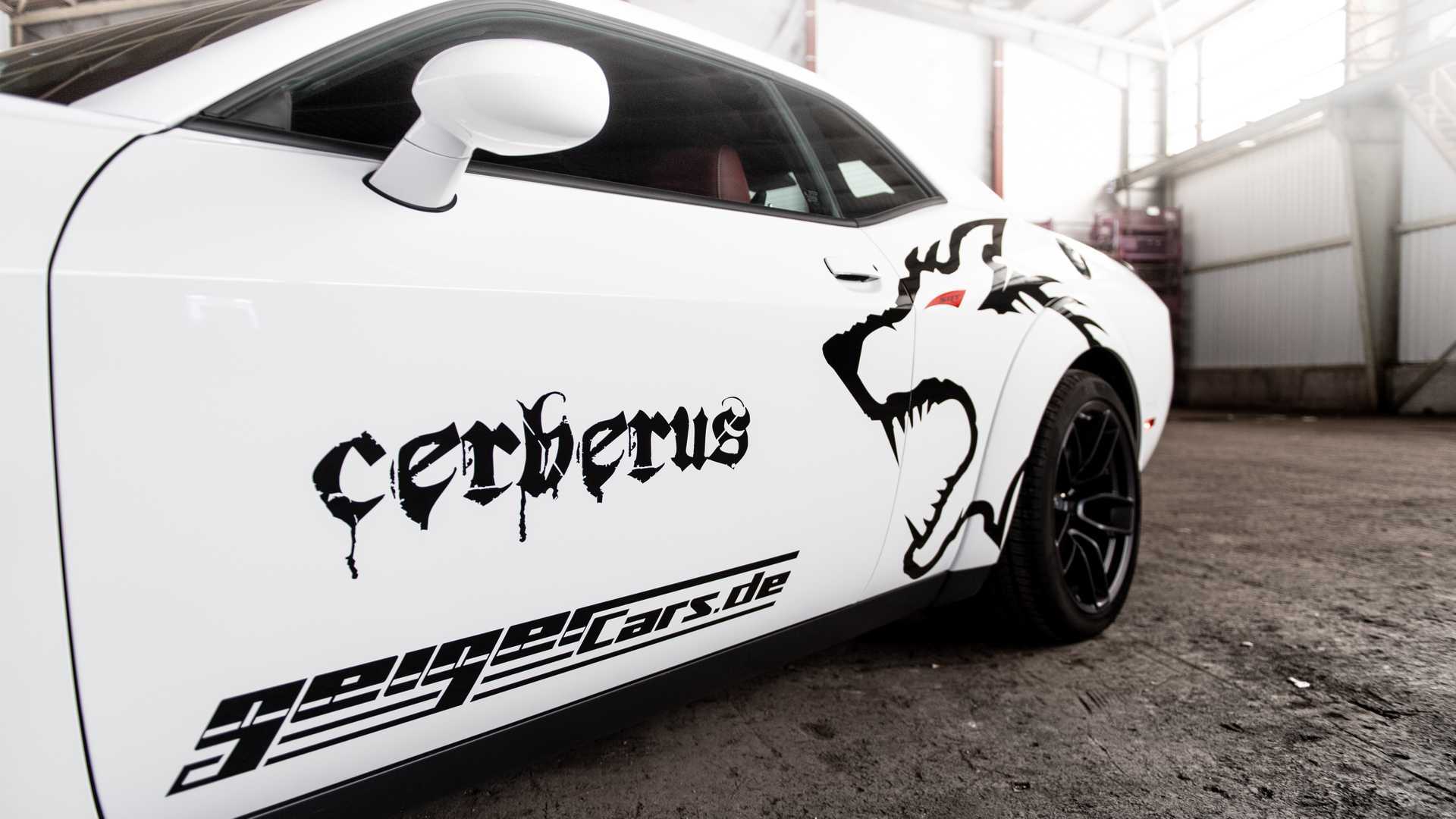 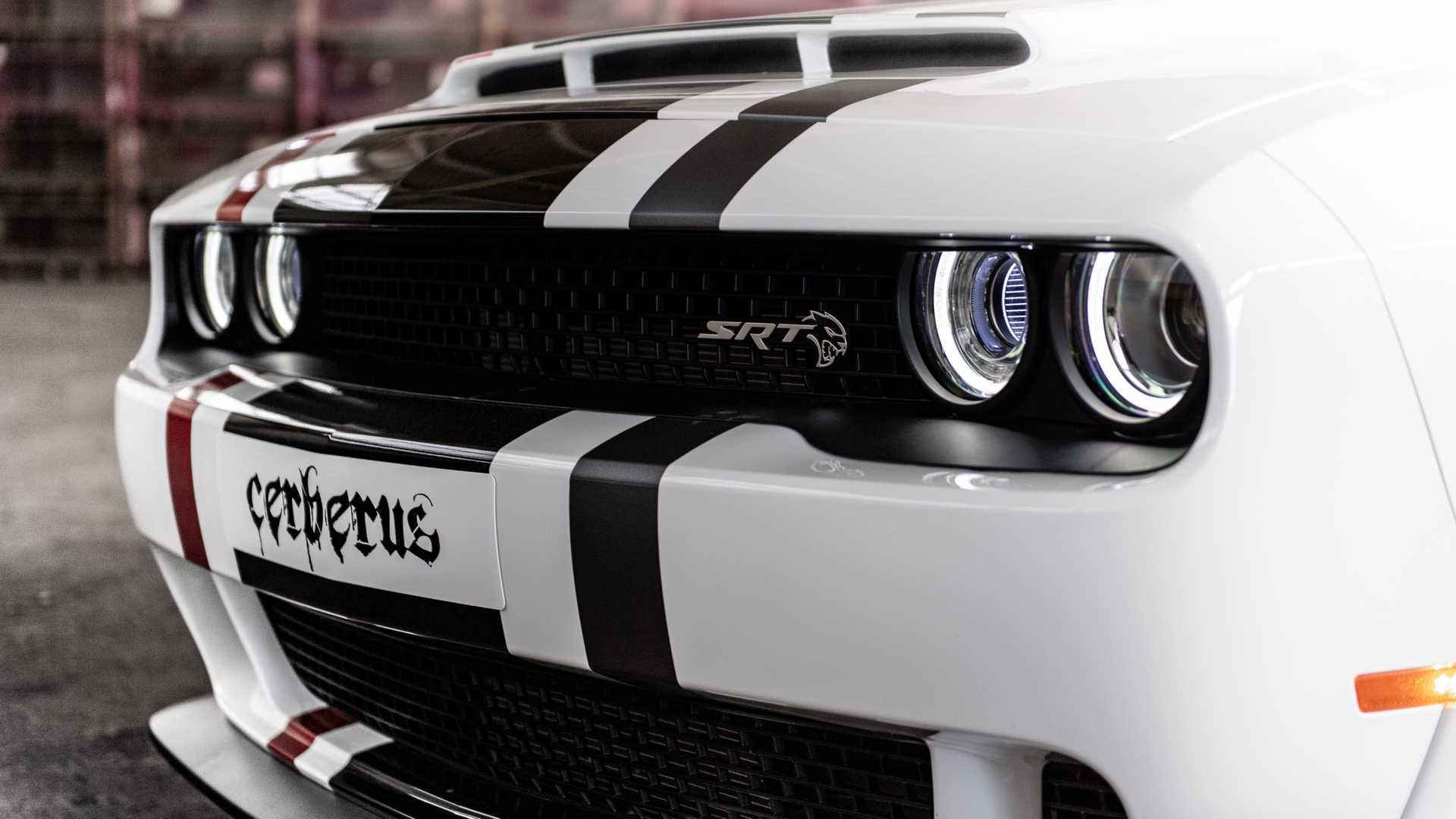 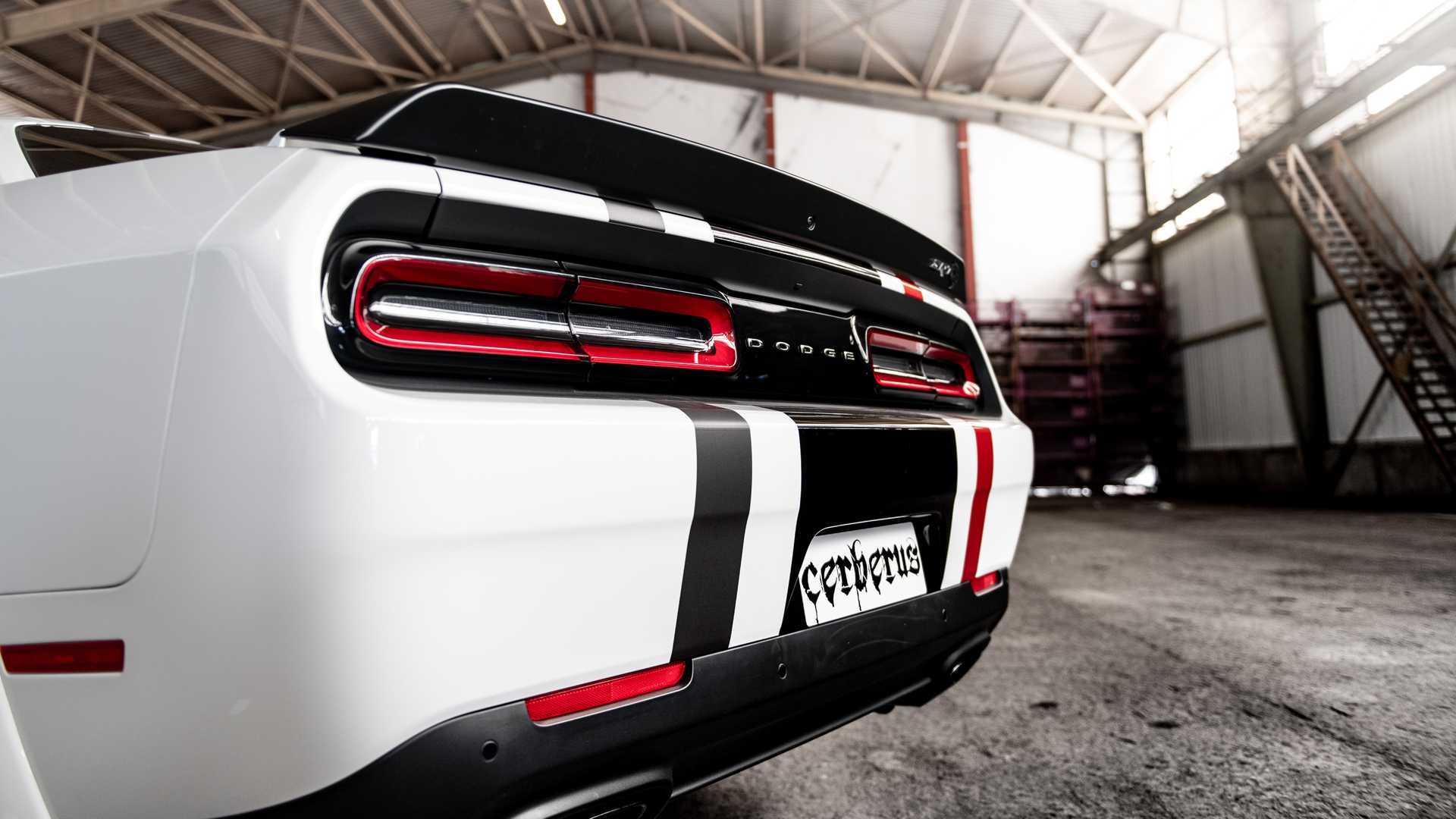 On the outside, GeigerCars adds a set of Devil’s Rim wheels that were originally created for the Demon but are available to order for the Hellcat. The upgraded car also gets the widebody treatment as seen on the Challenger Redeye, and it wears a bespoke hood based on the Demon design with a wide, narrow scoop. And as we’re absolutely sure you can see from the photos, GeigerCars also dresses up the exterior with big over-the-top stripes and a rather frightening rendition of a demon dog on both sides, ready to eat the word Cerberus that appears to have the same font as the late 1990s cult classic TV show, Buffy the Vampire Slayer.

GeigerCars lists the price for this German-tuned American brawler at €129,000, which translates to roughly $144,570 in U.S. currency, though this monster is obviously something for our German friends to appreciate. To that end, we can only impart this advice to folks who elect to pick up a Cerberus Challenger for their own. Buy tires. Lots and lots of tires.