Over at Jaguar Land Rover, the prototype batteries from early engineering models of the I-Pace have been turned into a 125-kilowatt-hour power bank that could charge your road car or race car comfortably.

Electric vehicle batteries are, frankly, all a big compromise at the moment. Everything is based around the best that can currently be done, among all the other constraints, and although prototype technologies are moving at an incredible pace, the base stuff we’re using is nowhere near the peak of where it can be. And recycling, in particular, is something that we have to get better at building in from the start of manufacture.

In the meantime, we sure are making electric cars. Until we have perfectly circular systems for recycling every element of automotive design, we’re going to be working on a few compromises, too. The batteries are one—right now, there’s no particularly great system to re-extract the elements used in making an electric vehicle battery without individually deconstructing the cells, a process that would cost more than just digging up more of everything that gets used.

Automakers are now talking about circular design in a big way, but that’s a future aim and they’re selling cars now. So what we do with all these EV batteries as they reach the end of their functional (or even just high-performance) life in vehicles is something that can’t be handwaved off into the future.

One solution, which a bunch of automakers have explored, is taking the cells out of the battery packaging and repurposing them as new storage solutions. A Formula E car’s battery takes a much bigger beating over the course of a year than a road car’s; it gets more frequent charging and discharging from 100-0, higher power outputs, greater regenerative recovery, harder impacts, and hotter temperatures. Likewise, a road car’s battery goes through a much harder process than a storage battery on all the same points. Storage batteries don’t get flung around roundabouts, suddenly flooded with energy by a braking event, cycled every two or three days at most, or subjected to every dodgy charger from here to wherever you’re going. 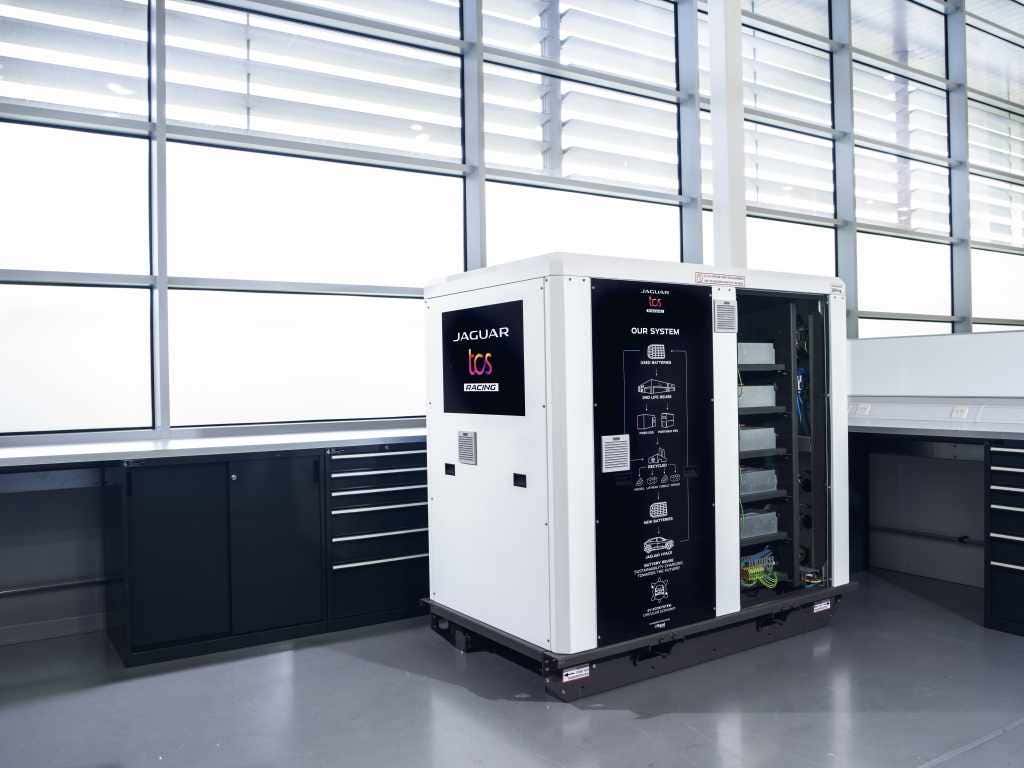 So when a battery is getting unsustainably knackered for being used in a car, it can then effectively be put out to pasture as a very large powerbank. That’s what this energy storage system—essentially an ultra-heavy-duty, movable battery pack—is.

It charges from solar power, so what comes out is (given the repurposed batteries) about as clean as you can possibly make it, and Jaguar has proved its functionality with its Formula E racing team. While the cars were testing on track in the U.K. and during official, pre-season running in Valencia last year, this powerbank was providing the electricity for all the diagnostic and analysis equipment the team used. 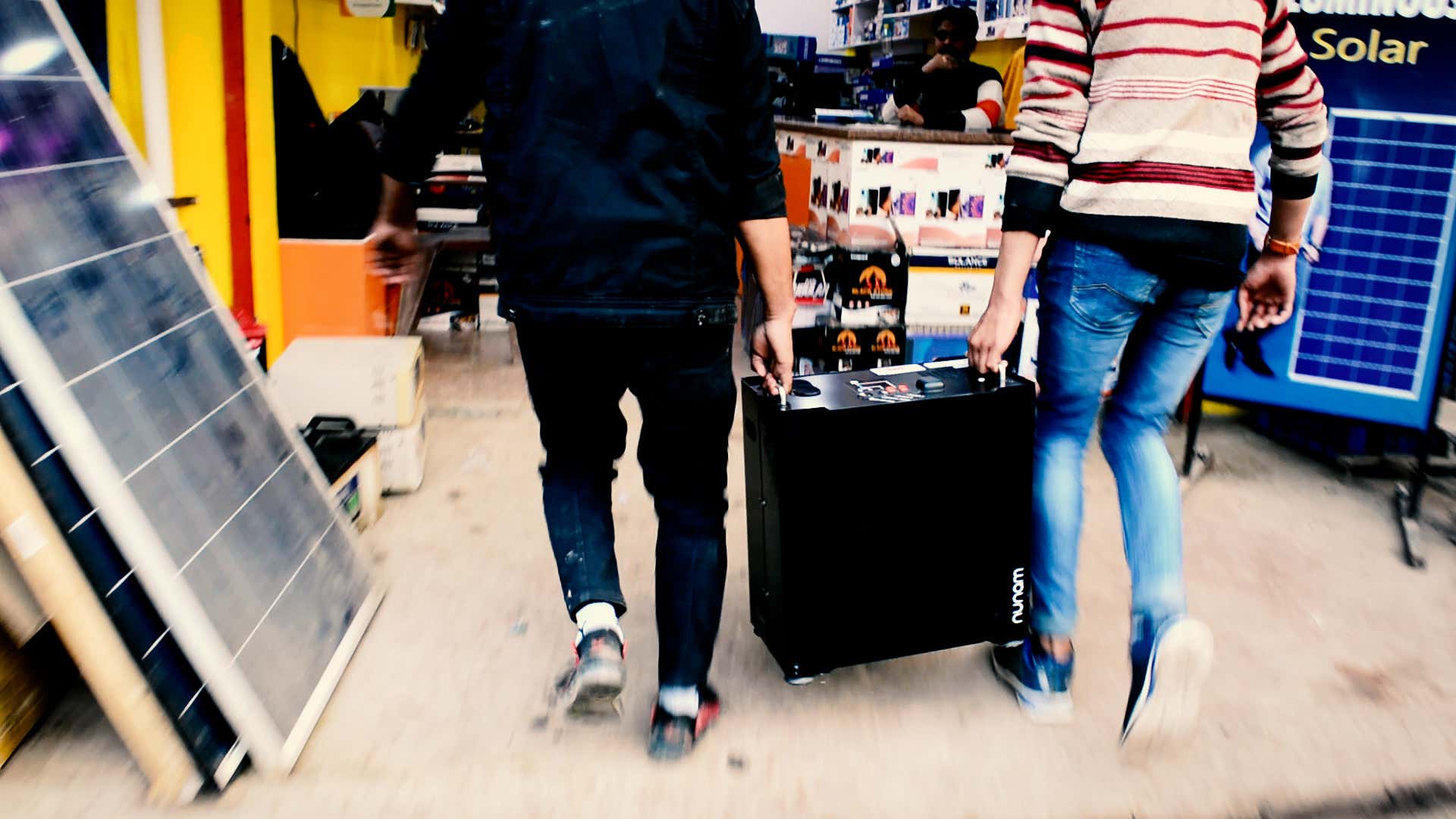 Not that Jaguar is the first EV manufacturer, or even the first in racing, to have done this. Audi has a few projects to recycle batteries into having a second life, including one that takes E-Tron batteries and turns them into off-grid storage to be used for market traders in India, via German-Indian company Nunam.

Extreme E, the electric off-roading series, also uses some novel energy storage methods. Alongside its hydrogen fuel cell-powered generators for charging the cars, it has some repurposed batteries from Swedish buses that provide power to its mobile, blow-up-tent race command center. It’s not the perfect solution to EV batteries’ life cycle, of course, and eventually, these second-life batteries will need to be recovered in a more complete manner. But as a relatively easy-to-implement way of reusing them and with increasing demand for storage in order to regulate energy supply, as the world moves to renewable sources rather than on-demand generation from coal or gas, this is a good step on the way to planning in circularity.