It has been nearly two years since Elon Musk showed off the prototype for the unusual Cybertruck at a memorable event in Los Angeles. Since then, reservations have reportedly topped 1.2 million (per Teslarati) as the buzz continues to build for the angular pickup/SUV/futuristic vehicle.

However, everyone who has placed their $100 bet on a Cybertruck will have to wait a little longer. Sharp-eyed Twitter users who have been monitoring the Tesla reservations site spotted the confirmation they have been waiting for today: production is pushed back to 2022. 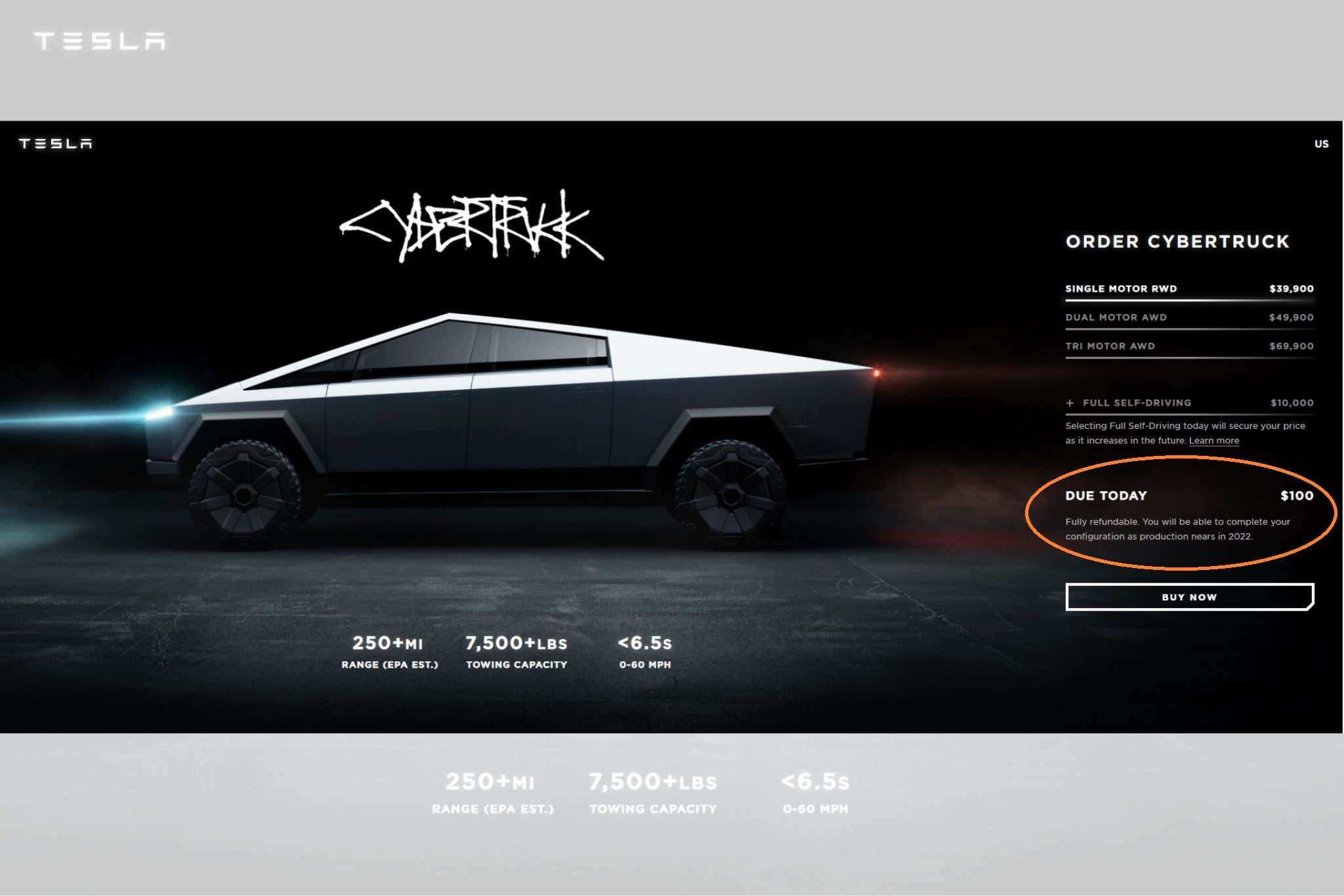 According to Electrek, Tesla engineering boss Lars Moravy strongly hinted at a delay without saying the word “delay” a few days ago during an earnings call.

“Cybertruck is at a stage where we finished basic engineering of the architecture of the vehicle,” Moravy said. “With the Cybertruck, we are redefining how a vehicle is being made. As Elon said, it carries much of the structural pack and large casting design of the Model Y being built in Berlin and Austin. Obviously, those take priority over the Cybertruck, but we are moving into the beta phases of Cybertruck later this year and we will be looking to ramp up production at Giga Texas after Model Y is up and running.”

Here in Austin, Texas, drone operators are swooping in for a closer look at Tesla’s jaw-dropping, massive Gigafactory. It’s very much still under construction, and Elektrek says a lot of work is happening inside of the Model Y section of the factory while the Cybertruck piece currently appears dormant.

Never one to tip its hat, Tesla has not made an official announcement about the delay, but the reservations form plainly states “as production nears in 2022.”

Look, Tesla fans; I’m not trying to rain on your Cybertruck parade; I’m just reporting the news. We’ll keep you posted as we learn more.