Even without the camper, the Beetle truck idea looks incredible.

When you think of the iconic Volkswagen Beetle, you’d probably imagine a cutesy, curvy car with a deep automotive history. A truck conversion won’t probably reach the table, more so, a camper.

But that’s exactly what Steve Goodfellow of Modern Classic Rides thought of when he started his Beetle project. Starting off with a 2000 New Beetle GLX 1.8 Turbo as the base, Goodfellow fell in love with the idea of Beetle pickup and in the process of creating one, thought of adding a portable camper in it in the form of a raised tent. 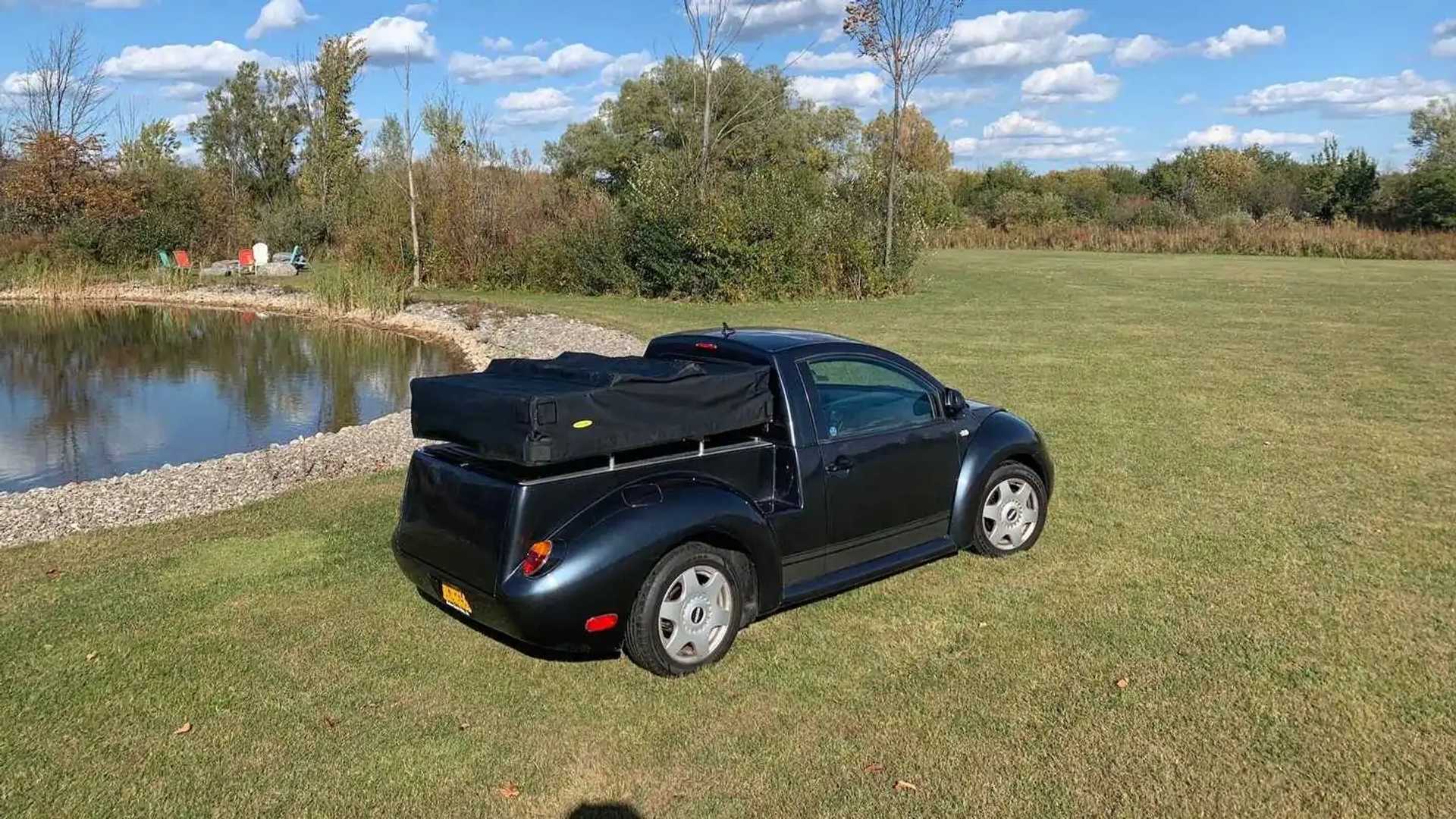 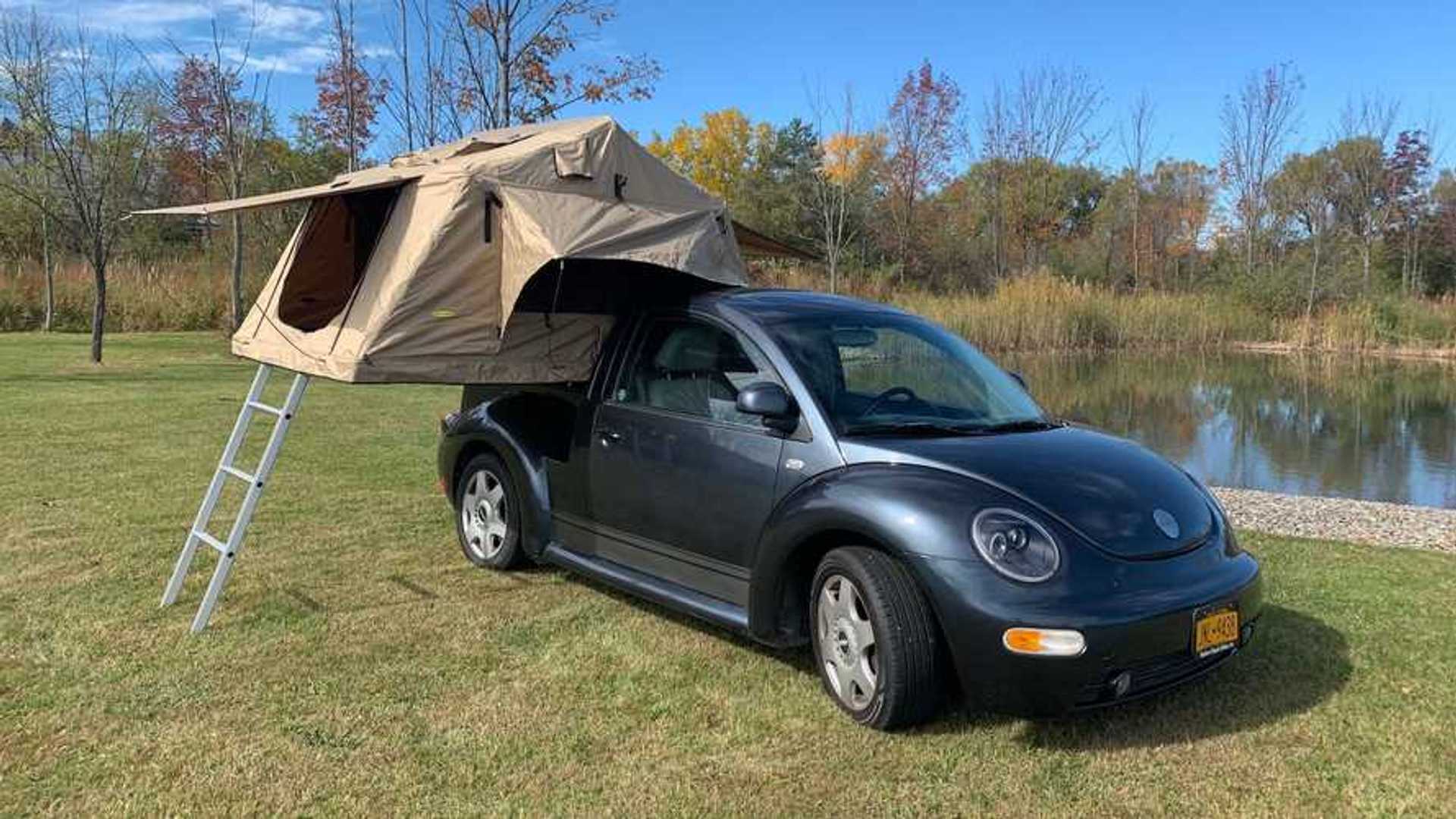 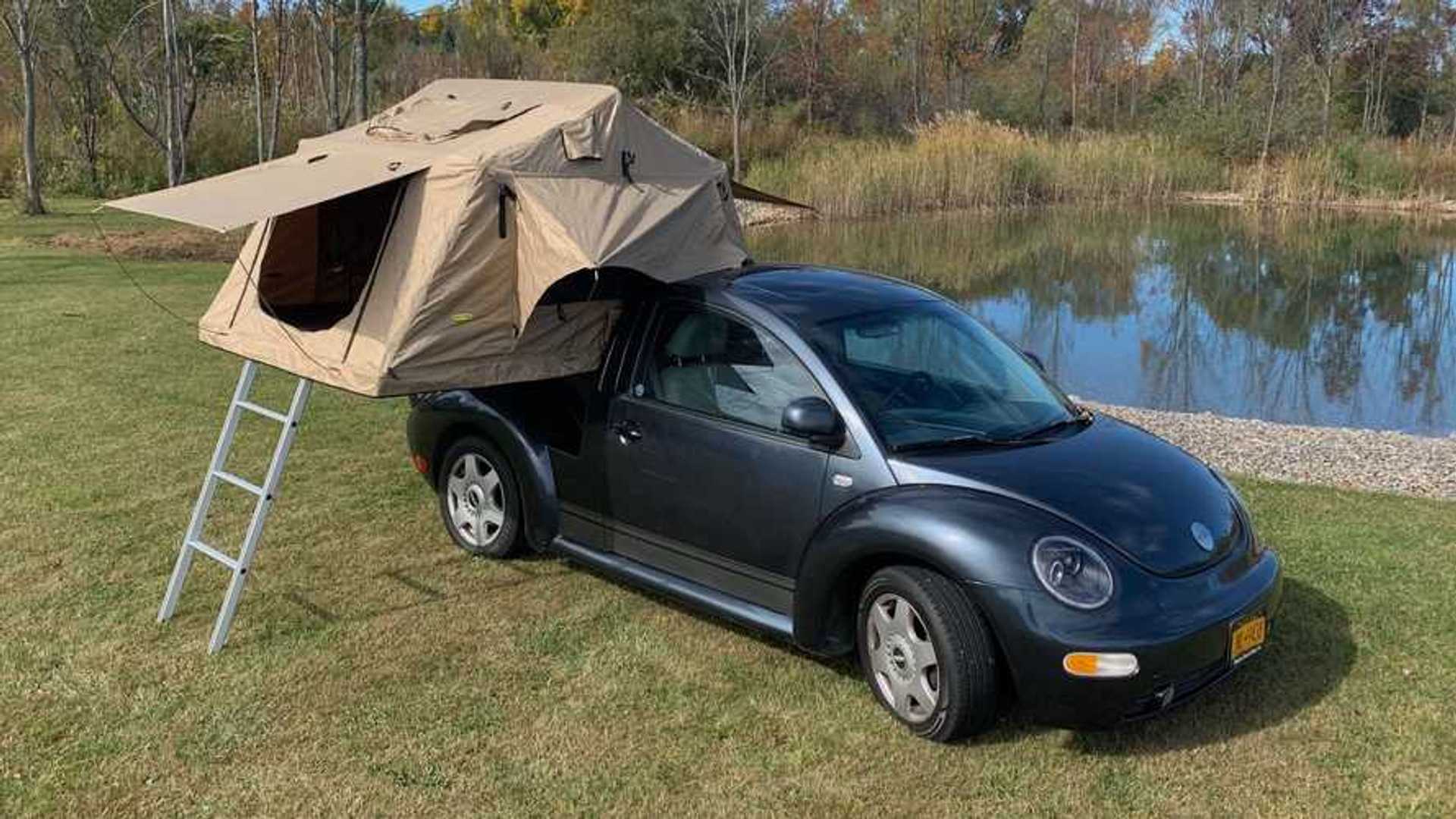 As seen in the images above, the final product looks good. The whole package is compact and a perfect alternative for those who don’t want a massive motorhome sitting in their garage.

The tent support structure was made with square aluminum stock and can be set up within five minutes. It can be folded away for storage or while in transit, which looks really nifty based on the images provided above. The raised tent is big enough for two people to sleep in (or three if you have a small kid).

Goodfellow also mentioned that the camper at the back has a 12V power outlet and a separate USB charger, plus an LED light strip for reading at night. All of these electricals are connected to marine grade outlets on the bed wall.

This isn’t the last Beetle pickup camper that Goodfellow and his Modern Classic Rides will ever make. There’s one that will come with a 2-inch lift, a bigger set of tires, and a turbo-diesel engine, while offering more amenities like a power generator, portable toilet, small refrigerator, and a stove. A full-electric Beetle pickup is also in the pipeline.

For those who want more room, Goodfellow said that they will be releasing a teardrop camper option in 2021.